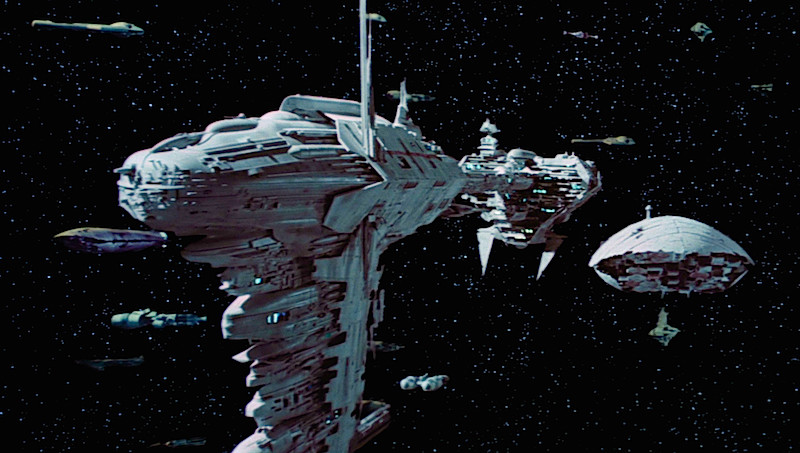 Flotillas have many admirals planning “repair fleets” to win wars of attrition, but can they really win battles?

Recently I’ve seen a series of threads and army lists pop up theorizing on how to best capitalize the new Repair Crews flotillas with Project Experts on the Interdictor.  While this is all good and dandy, I think there’s a couple of things to consider before one sets himself on a journey to build this kind of list.

Here’s my take on how players should view repair-related strategies:  It roughly breaks down into two key arguments for me whenever I decide to explore a build that focuses on preservation and attrition.  The first one argument is the environment, the landscape of the games you play in, or roughly the metagame of whatever tournament that you’re playing in.  For the sake of this argument, I’m only going to use competitive environments even though the principles discussed here can apply to even the most casual of games.  Whenever you examine the landscape that you play in, you have the factor in what kind lists that people are playing.  In my environment, I see a multitude of different competitive builds ranging from MC30s, Demos, Rebel Carriers, Swarms and Rhymer/Fireballs.  So what do I mean when I say break it down and what it has to do with whether or not repair mechanisms will be effective?  I like to think of it as an analysis on damage per activation:  Roughly how much damage do you expect a certain source to do against one of your ships within one activation.  When you start profiling attack sources like this, you start to have a much clearer picture of which ones do obscene amounts of damage in very-high spikes vs. those that do consistent damage over time.  The best example of this would be a ISD-II vs. something like a TRC90.  While the TRC90 can put out pretty impressive and consistent damage, it doesn’t nearly have the same and game-changing damage swing that the ISD-II can deliver.  When you start factoring in upgrades like the XI7s and Intel Officers, you can clearly start to see what kind of damage X source can do compared to Y.  Where some damage trickles in like squadron-related damage, others swing hard enough that your ship can explode e.g. Demolisher.

This is key when determining whether or not a repair-heavy build will be effective.  While you can read some battle reports online, you rarely get the feel of exactly how much damage is being done over a course of a game.  Repair, whether by command or by activation via Repair Crews on a transport, are done in activation order.  Naturally, it will be more effective against damage that slowly trickles over time vs. the damage spikes that can destroy a ship in a round or two.  Of course, dice can always be finicky, but the average damage should be able to tell a pretty clear story.  After all, you can’t repair a dead ship, and the fact that activation order plays a key role in whether or not you want damage lifted, or whether or not the repair party might be too late to make a difference.  The best picture that I can paint right now is imagine that you’re trying to heal a MC80 from the wrath of a ISD-II when that player has the initiative.  While your little repair boats and shield maidens might be able to heal the damage that trickles in, it will not prevent your ship from being near two-shotted on average dice as long as certain upgrades are in place.  Not if you don’t go in there with a gameplan ahead of time (more on this in a sec).  Just something to think about when trying to design any list that wants to win through attrition.

Come to me my little repair fish…

The second component here is command efficiency.  When I look at the repair boats and the Interdictor/Projection Experts combo, I don’t see just heals.  The heals are an afterthought for me because what I’m thinking is that I no longer need to queue certain commands on my other ships.  In the situation that I have a couple healbots on my side of the table, the first thing I will be looking for is being able to focus on other commands such as moving into more opportune locations, or blowing them away with Concentrate Fire.  I think overall, players need to stop looking at the text that Repair Crews can heal 1 card worth of damage, but rather that is 3 engineering points worth of command efficiency that your ISD no longer needs to execute.  Of course, when you work in conjunction with the ISD healing as well, you get double the benefit.  Once again, this only comes into play if you know what kind of environment you’re fighting in, whether or not you know how to plan for that damage, and how well you can execute it when the time comes.  The example here would be queuing up Engineering on an ISD that wants to see combat on T3 expecting big damage, then on T3, hopefully your healers kick in at the same time as your Engineering command the damage your opponent thought he was going to do disappears in an instant.

~This, is how you really win the attrition war:  That’s to bait your opponent into an overconfident/superior position and then flip the tables on him.  Tasty.