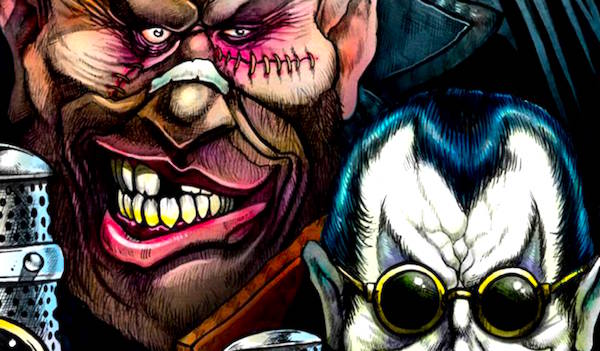 We’ve been covering Blood Bowl sightings for months now. This latest round is the first time we’ve gotten to see what the sprues will actually look like! 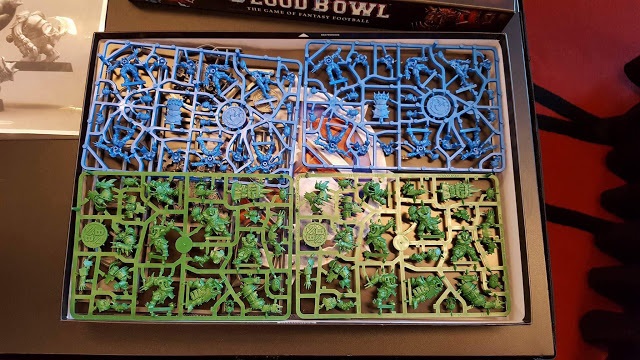 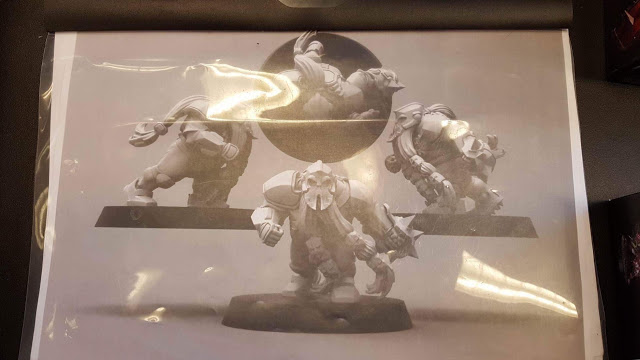 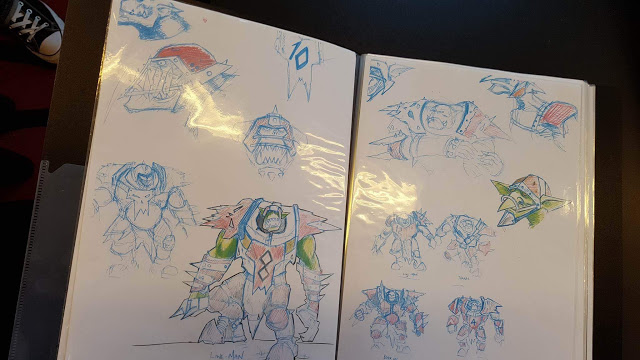 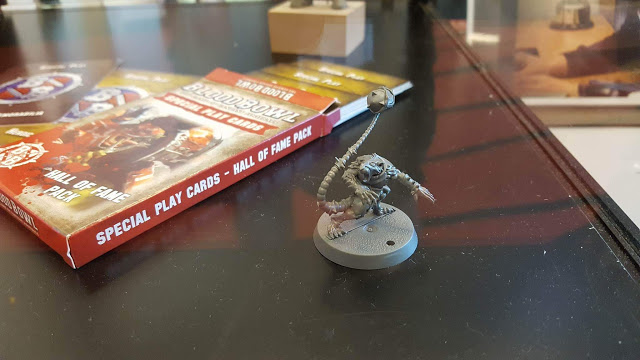 Now we’ve seen the Skaven before and also a Dwarf Lineman. We’ve even seen the Special Play Cards – Hall of Fame Pack in the background of other shots as well. I’m still really excited because it’s showing that the Skaven and Dwarf teams are also being worked on. I’ve got my fingers crossed that the Orc and Human teams will be the prototype for the other teams and we’ll get boxed sets of them on sprues – hopefully with race specific markers like these: 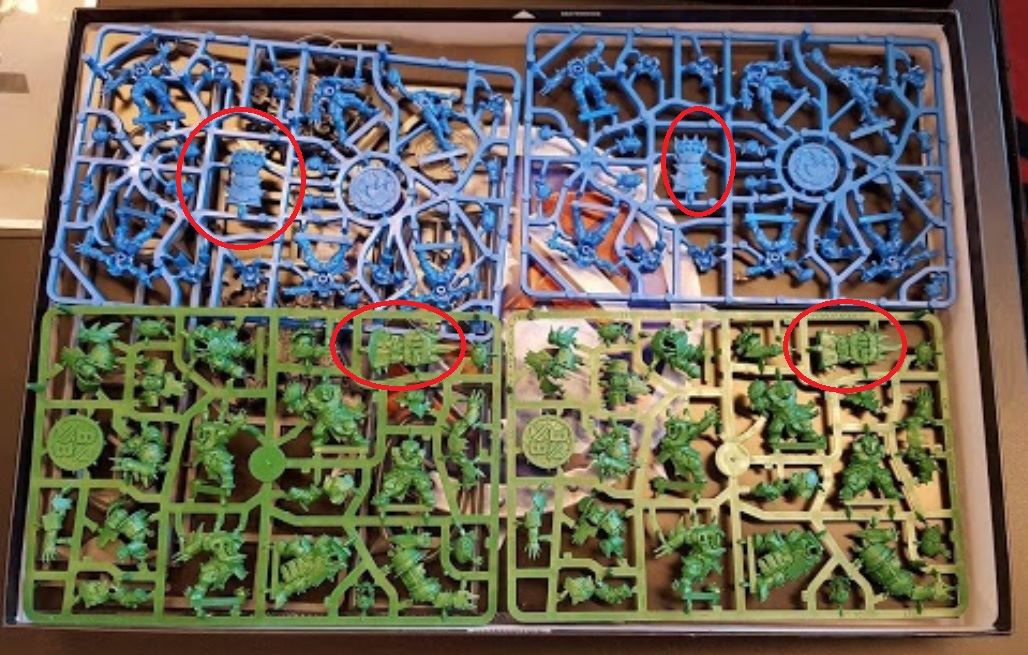 Two sprues to a box per team in what appears to be a “standard” size sprue…C’mon GW – make it happen!

The original Blood Bowl was a neat game. It was perfect for league play and while it had it’s issues, it was certainly worth picking up just for the novelty of playing “fantasy” football. These new sculpts look pretty great and the technology has come a long way. I think these will make some cool models no matter what.

I don’t know if Games Workshop is changing up the old formula at all, but sense it looks like they are play testing it, let’s hope they make some tweaks to the game that new players and vets will appreciate.

What do you think about the impending return of Blood Bowl? Are you excited to get back on the pitch?