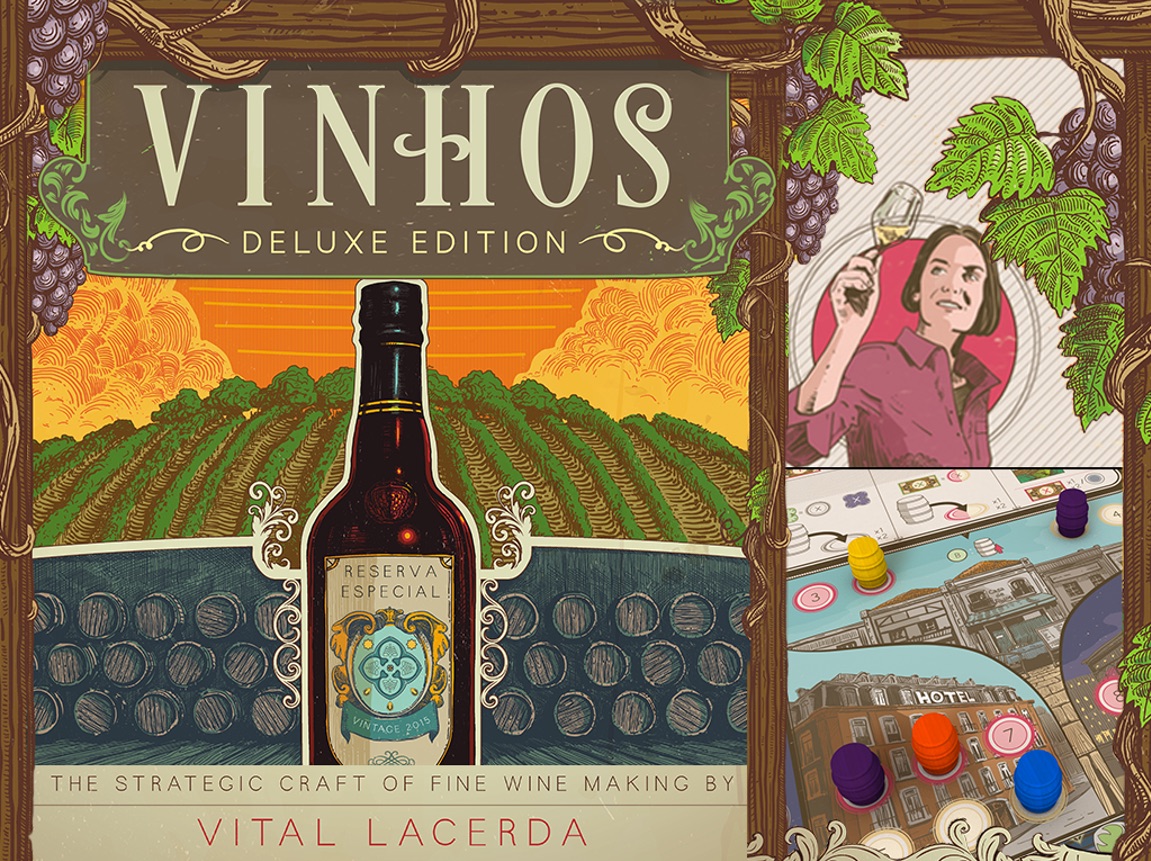 The Tabletop Spotlight is on Vinhos: Deluxe Edition. Wine & Board Games!

Hey BoLS Readers, if you’re looking for a game that manages to combine vine, board games and some business savvy gameplay then our friends at Dragon’s Lair Comics & Fantasy have the game for you. Vinhos: Deluxe Edition! 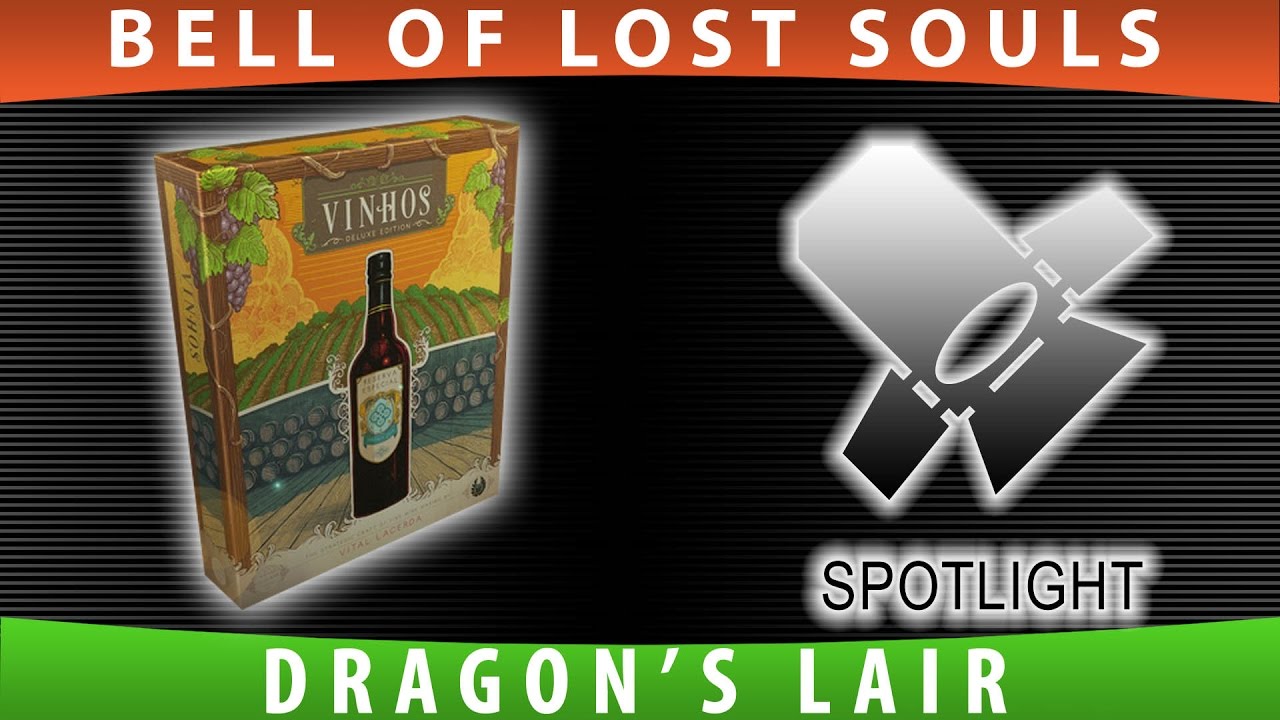 Vinhos: Deluxe Edition is actually two games in one box. It’s the previous edition of the game and the new “Special Vintage” 2016 edition. The new version is the one I’m going to focus on because it’s a lot like the pervious version, but they tighten-up the rules a bit and streamline the game play. It’s still quite challenging and fairly deep so don’t think it’s going to be easier to win!

The premise of the game is simple: You’re an owner in a wine-making operation and you need to end the game with the most Victory Points vs your peers. It sounds easy, but this game can be fairly complicated. The game only has 6 rounds and each player only has 2 actions per turn. That said, there are lots of things that can and do happen during a turn. This game is heavy on the resource management and there are lots of things to keep track of during your turn. The good news is the game does a good job of help you along on your turns.

Managing your plots, hiring workers, moving barrels, and even more things influence how well your wine places at the sort-of-annual wine tasting. I say “sort-of-annual” because the wine tasting doesn’t start until the later turns. It’s really a very interesting system they have setup – someone may be behind early in the game due to strategic choices they made early but they could pay off BIG late game. With different ways to gain VPs, the game has multiple ways to win – I like that for sure!

The Deluxe Edition also has a lot of really cool extras. I won’t go over all of them here but we do touch on them in the video. Overall, if you’re into Wine and perhaps you’ve thought of running your own wine operation, I’d recommend checking this game out. If you’re the type of person like really likes resource management games and board games that allow you to have “long-term” plans that can and often do pay off, then check out Vinhos! 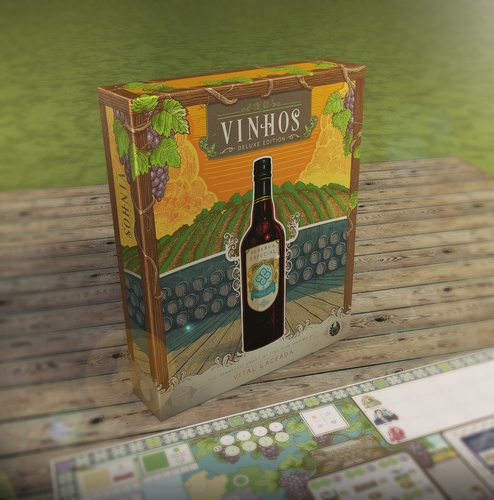 Like fine wine, many of the best things in life get better with age! Combine the early efforts of the immensely talented games designer Vital Lacerda on the classic board game Vinhos; add the inspired new artwork of Ian O’Toole; and polish it all off with the Deluxe Editionproduction talents of the team at Eagle-Gryphon Games. Et voilà, a new star is born: the 2016 Vinhos Deluxe Edition board game! Vinhos Deluxe Edition supports 1 to 4 players and takes 30 to 45 minutes per player to play.

Want to see it in action? Here’s a gameplay video:

If you drink all your wine, you end up losing the game…just in case you were wondering.