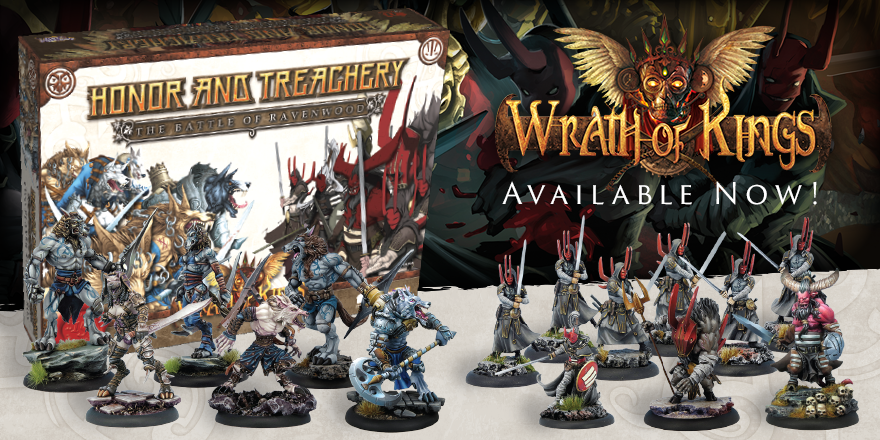 Interested in Wrath of Kings? Come take a look inside the Two-Player starter set Honor and Treachery!

Wrath of King from CMON is a fantastic Skirmish-Style fantasy tabletop game. We got a demo of the game way back at GenCon 2015 and since then they have updated the rules, put out a new book and now they have an awesome two player starter set for you to check out as well:

The Battle of Ravenwood features two of the 5 factions from Wrath of Kings: The Goritsi and the Nasier factions. The Goritsi are a faction comprised of what are basically Werewolves and Vampires (it’s more complicated than that…go read their page for more info). The Nasier are mortals who give themselves over to “patron elementals” (aka demons) and fight like zealous madmen who don’t have second thought about their safety (again, check out their page for more info). This makes for a pretty interesting battle in the box!

Both these factions have vastly different playstyles as well. The Goritsi hit very hard and are quick, but aren’t exactly the most resilient bunch – not that they can’t take a hit, they just prefer kill their enemies and not get hit back. The Nasier, on the other hand, can use there zealous nature to inflict more damage than they take. They typically don’t mind taking losses as long as someone else is around to counter-attack. I won’t really get into the combat mechanics but both these starter forces bring unique things to the table and it’s a great way to learn the game. 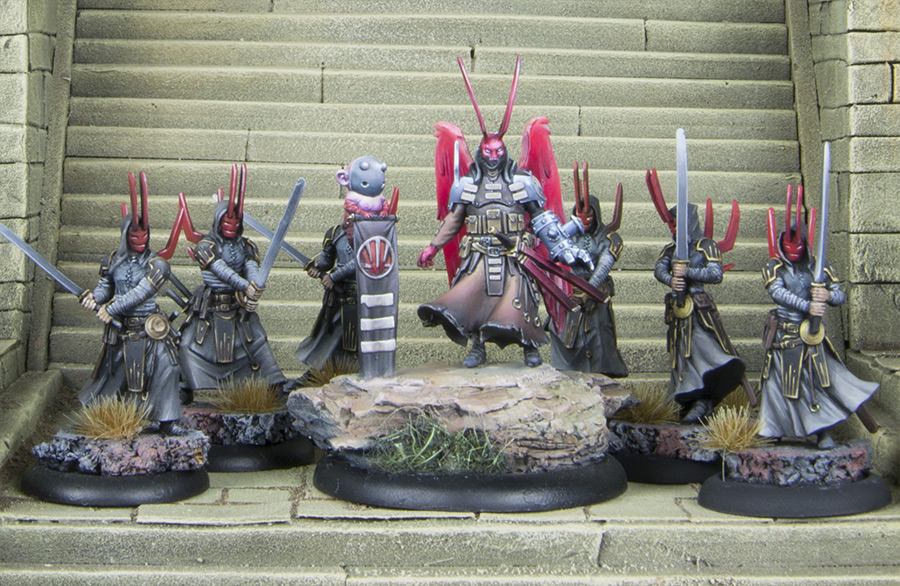 Taking a closer look at the actual models, CMON did a great job putting this package together. The models are plastic and they are really oozing with details. The Nasier do have some “fiddly-bits” to attach but the results are impressive. The Goritsi are super ripped Werewolf troopers and sculpt wise give Privateer Press’ Circle a run for their money. The Goritsi are also particularly easy to assemble – they use a “lock-and-key” assembly and with very little clipping, cleaning and gluing anyone should be able to put the Goritsi together.

The “lock-and-key” assembly does mean you’re going to be limited on your assembly options and poses, but being a skirmish game, you typically don’t need a ton of models on the board. That may or may not be benefit for your particular feelings on the matter.

Aside from the models, this box does contain everything you need to play this game – dice, tokens, stats cards, quick-start rules, a scenario guide and even 2 measuring sticks. All you really need is a friend to play against with this box.

Overall, I think this is a perfectly acceptable intro product to get you into Wrath of Kings. Hopefully you’ll get just as hooked as GentleBen has because the models look stunning painted up. The game play is fast and brutal and it’s a fun distraction away from larger and longer games – some times I prefer a much quicker game than a multi-hour match. So if you get a chance, go check out this new starter set and give Wrath of Kings a try!

Wrath of Kings – Honor and Treachery: The Battle of Ravenwood 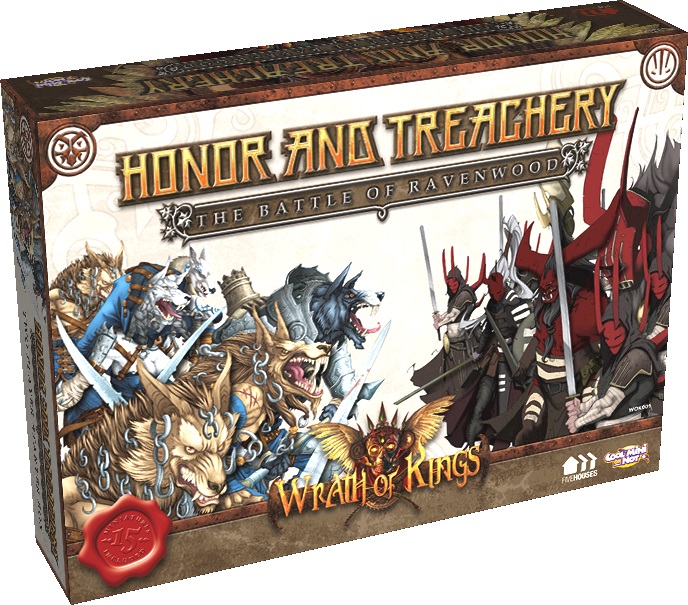 Honor and Treachery: Battle of Ravenwood includes models for the Goritsi and Nasier factions, a quick start rule set, terrain templates, and unit cards. The 2-Player starter was designed as an inexpensive way for players to begin playing Wrath of Kings, learn the rules, and start building their own forces.

It’s Werewolves vs Demon-infused Zealots down in Ravenwood!

Author: Adam Harrison
Writer, Editor, Texas Native, and Austinite for 15+ years, Adam covers all things Tabletop Gaming. Which includes Warhammer 40,000, Age of Sigmar, D&D, Board Games and everything else that involves dice, boards, cards and a table. A hobbyist, player, and collector of miniatures and games, Adam's current obsession are his Death Armies for Age of Sigmar, his Blood Angels and Tyranids for 40k, and his ever growing Arkham Horror: The Card Game Collection.
Advertisement
CoolMiniOrNot Miniatures Unboxing Videos Wrath of Kings
Advertisement 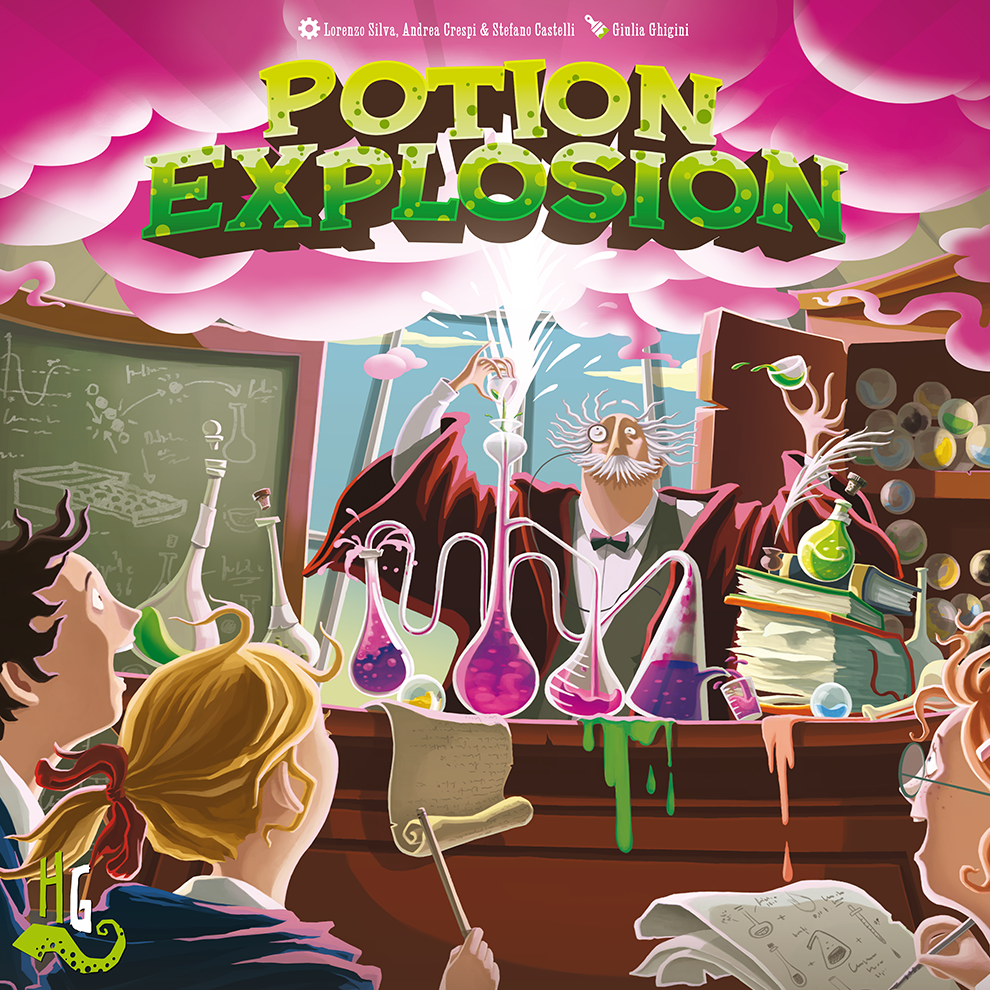