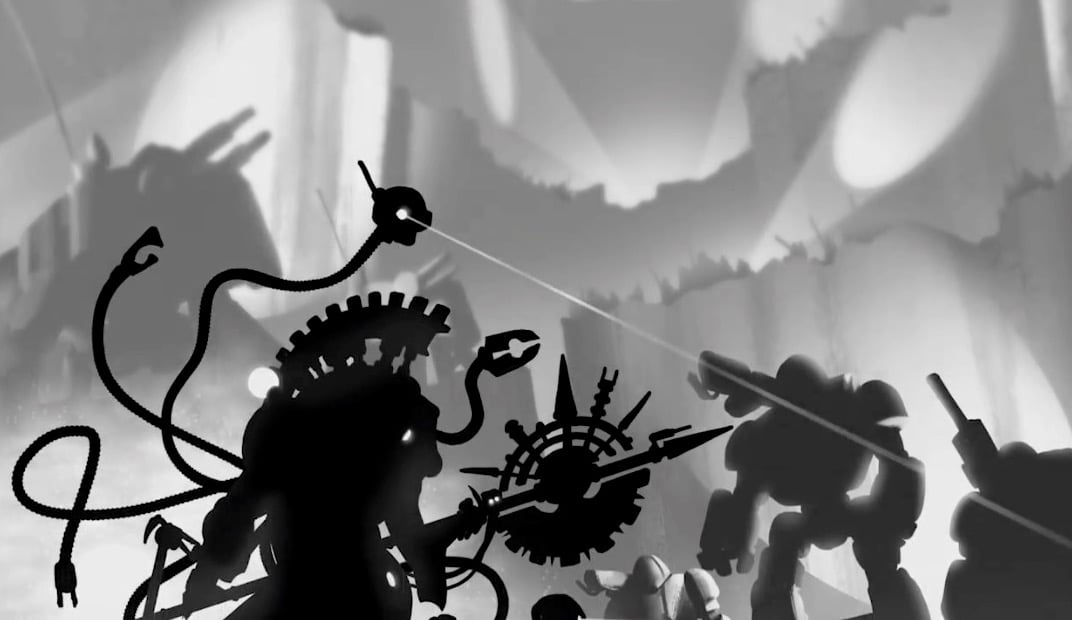 Are the formations & detachments from Fall of Cadia a hint at the direction 8th edition is going?

I was looking over the formations/detachments from Gathering Storm: Fall of Cadia and I started to wonder how exactly you were supposed to field these. Two of them, the Wrathful Crusade and the Grand Convocation, both clock in well over 3k points if you want to take the max number of units to get the bonus. The other two formations/detachments are a mix of units from different armies. This got me thinking – is the the future of Warhammer 40,000 8th edition?

Everyone will need at least two of these…

Let’s take a look at those first two: The Wrathful Crusade and the Grand Convocation. Again, these two start at a massive +3k (almost 4k) in points if you just take the bare bones units. That means to field those you’d have to be playing at least a 3.5k or 4k game. That’s a HUGE game of 40k! Which, hey, more power to you. Big games can be a lot of fun for sure, but I don’t always want to play a 4k game due to time and (to be honest) player fatigue.

But that’s not the only formation that’s pushing the upper limit. Remember Wrath of Magnus? 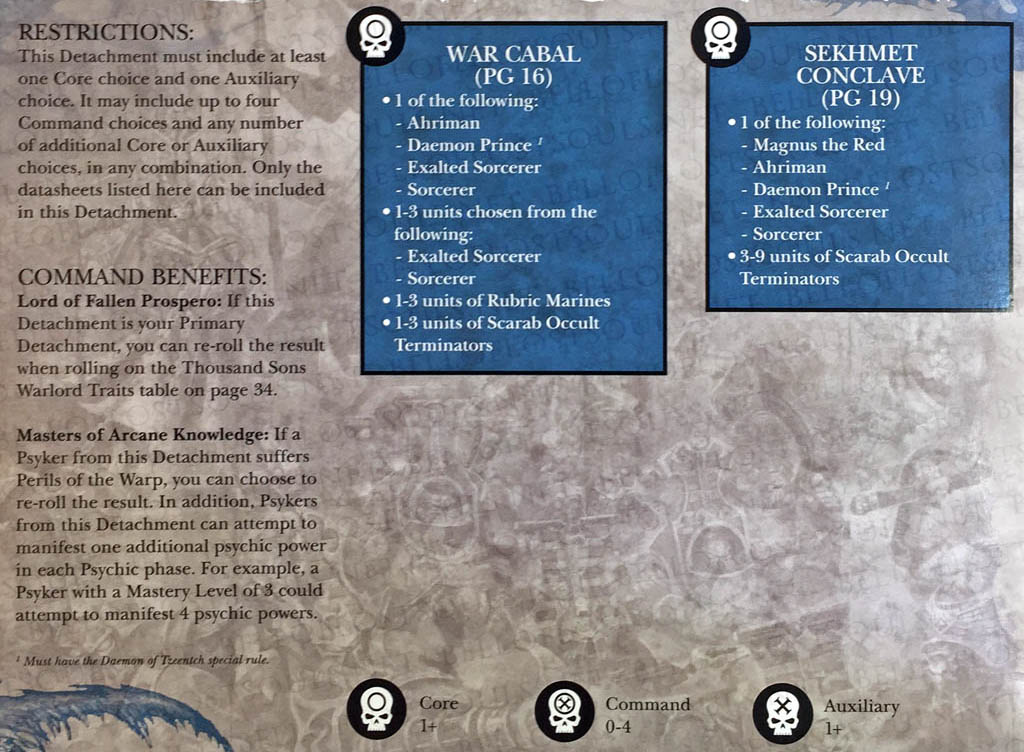 That Sekhmet Conclave was another one of these massive formations. 9 units of Terminators even at the minimum of 250 points is still well over 2000 points. That’s not counting your HQ choice and you’re still going to want some upgrades, right?

Now, it’s in Games Workshop’s best interest to push larger games. Large games mean more models on the table and more models is, well, more money for them. So I get it from a business perspective. But that doesn’t mean I want to go there. The “Standard Game Size” changes from place to place and region to region. Heck, sometimes it changes from month to month based on what the local tournament is for the month. But it looks like change might be coming…

The next two formations/detachments also intrigued me. The Wrathful Crusade and the Castellans of the Imperium. Both of these had mixed Space Marines and Astra Militarum forces. From a lore stand point that’s fantastic! That’s how it is in all the books you read and background you dig up. Astra Militarum puts boots (and tanks) on the ground and the Space Marines come in and smash face. I have zero complaints about that from a lore/background lens. In fact, I’d love to see more of that – looking at you Chaos Marines/Cultists/Traitor Guard. Just throwing that out there…

Can we be evil, too?

However, from a game play stance – is this really what we want more of? Now, some folks are thinking, “No! I hate allies and they ruined the game!” and other folks are thinking, “Yes! We’re already taking allies, now we just get cool formations, too!” and others are saying, “I play Tyranids…*crying intensifies*” …Okay maybe that last one is just me. But still, I understand where the two sides are coming from.

I’m not here to try and make peace between the two – I just want to point out that the proliferation of Allies isn’t just coming from one set of players. Games Workshop is pushing us all in that direction. The evidence is in the formations above and also their website and your local gaming store: Start Collecting! Bundles.

You know you want to dabble…just a little bit.

Think about it. If Allies become integrated more and more via formations/detachments so you want to bring them more and more. These Start Collecting bundles are all really good deals to start with so you pick one up. The next thing you know you pick up a couple more units to fill out that shiny new formation you wanted to run. Suddenly you’ve got a full 1500 point army this allied army you didn’t really plan on collecting…and the cycle continues.

Good For You, Good For Me?

I think it’s pretty clear from a business standpoint that selling more models is good for business. These formations push players into larger games and that translates into more models – That’s all pretty obvious. However, my fear is that Games Workshop will start pushing the ruleset towards these massive sized games and I don’t want that – not because those games aren’t fun, but because it can be too much. 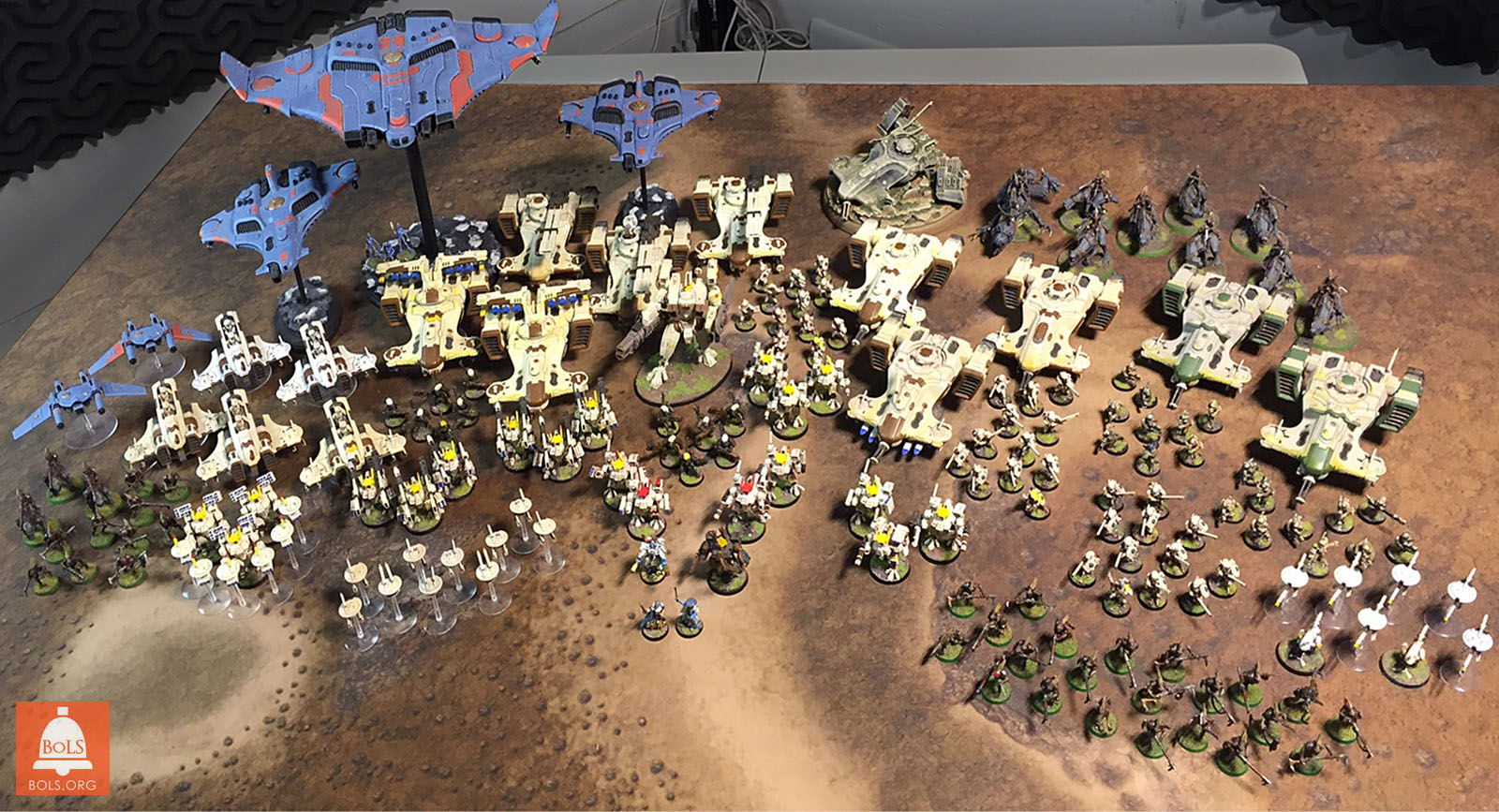 Big Red’s Tau started as a side project…

I like to think of those big 4k+ point games like going to a buffet to eat. They can be enjoyable if you do them occasionally. But if that becomes the norm it can get unhealthy really quick. Players should have the choice of the game sizes they want to play and not feel pushed towards these large games. I want to make that point very clear: You still have a choice! Even if the game becomes all about the big battles, you still have the option to play smaller games. Kill Team (which is a lot of fun) is out there. Plus, you can learn a lot from playing smaller and leaner sized games.

So what do you think: Will 8th Editions new “Standard” sized game be 3k+ points? What about the increase of Integrated Allies? What do you think the “new normal” of 8th will be? 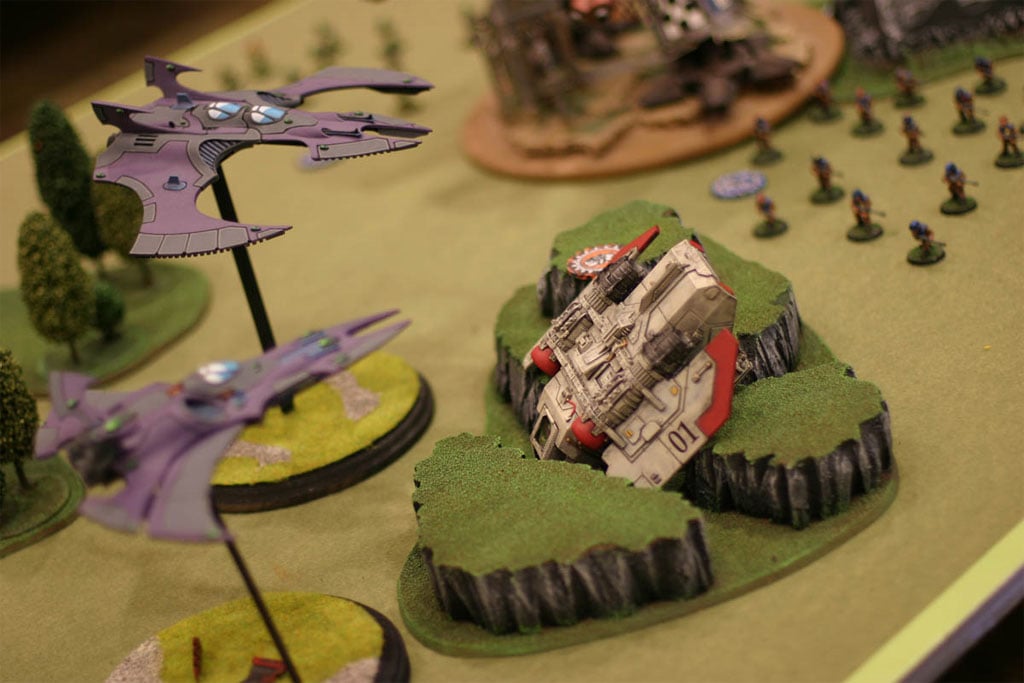