Goatboy here again with my final review of the Codex Traitor Legion. What happens when you mix and match villains!

Overall I am happy it came out as it does give Chaos a chance to reach the upper mid tier of armies.  It can win an event – but most likely that is on the back of the “character” formation combos that generate a rough death star or push an outrageous psychic advantage.  This isn’t a bad thing a lot of 40k is based on either shooting the hell out of your opponent first or having a unit that can survive just about anything.  This is most likely not going to change until the new edition and how it will try to deal with the Deathstar issue and somehow make balanced armies win more.

With that in mind let’s look at the overall themes and what the Traitor Legions book gives us.  First of all – every legion basically gets a Sorcerer Cabal of sorts due to “good” overall formation detachment and the ability to take 5-6 Lord level style characters in most options.  We all know the power of the Chaos Book is that their characters are actually under costed when compared to other options.  They fight well, have decent abilities, and make up the strength of the book.  Mix in some FW options and you do have some strong stuff available.  It is just the support units and the overall lack of shooting character that hurts the book the most.  It really only has a Death Star style build that will push it into the top 8 of events. 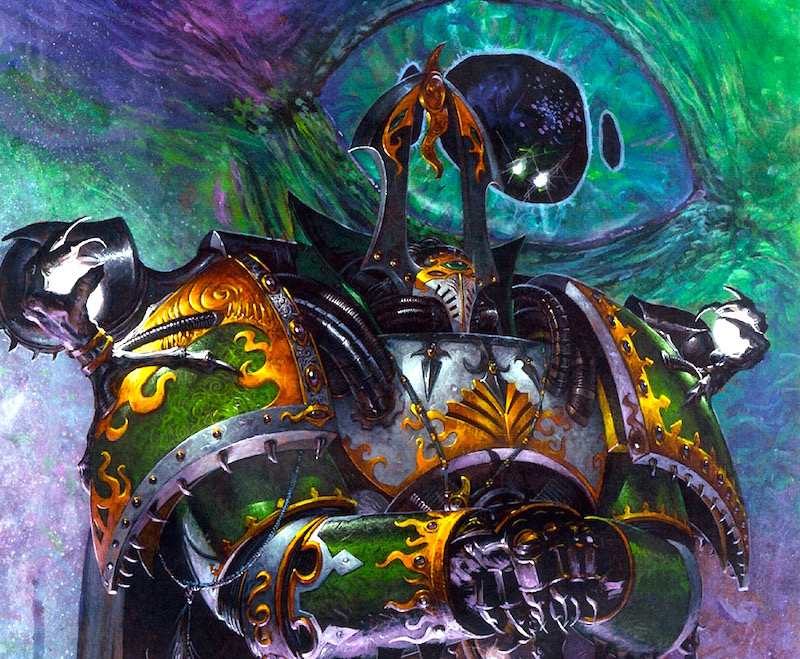 Looking at Chaos from a character standpoint – the strongest character add ons are throughout all the legions.  In fact just about any traitor option gives you something good to “add” to a death star.  Let’s go over the best “gift” characters from each legion.

Getting the Gang Back Together

With that in mind – lets look at a Multi Legion army list.  I don’t find them that fluffy as the plan is to utilize the mixing of Legions and the lack of an FAQ/GW saying that those abilities stay together when combined.  Still these are things we might see on the competitive table top as everyone and their mother loves to win with Chaos Space Marines.

This sets up a big star with enough bodies to go get objectives.  You power up – utilize Mindveil to get out of combat and even utilize Shrouded for the first turn protection.  Heck you even get to generate Blood Tithe points and that big ole star really hates other Psykers too.  Plus the 2 characters are objective secured as well so they can even help take away objective as needed.  It also has the Alpha Legion infiltrating the Khorne guys and trying to figure them out.  I would again use the Alpha Legion Chaos lord as your Warlord as he can easily “sacrifice himself” and have one of the other characters lead for a while as needed.  The big fat unit also moves an extra 6 inches when trying to get into combat (3 on the move plus another 3 for the charge) so it can easily hit a 25 inch charge (average of a 7 on the charge roll – so 15+10 = Profit). 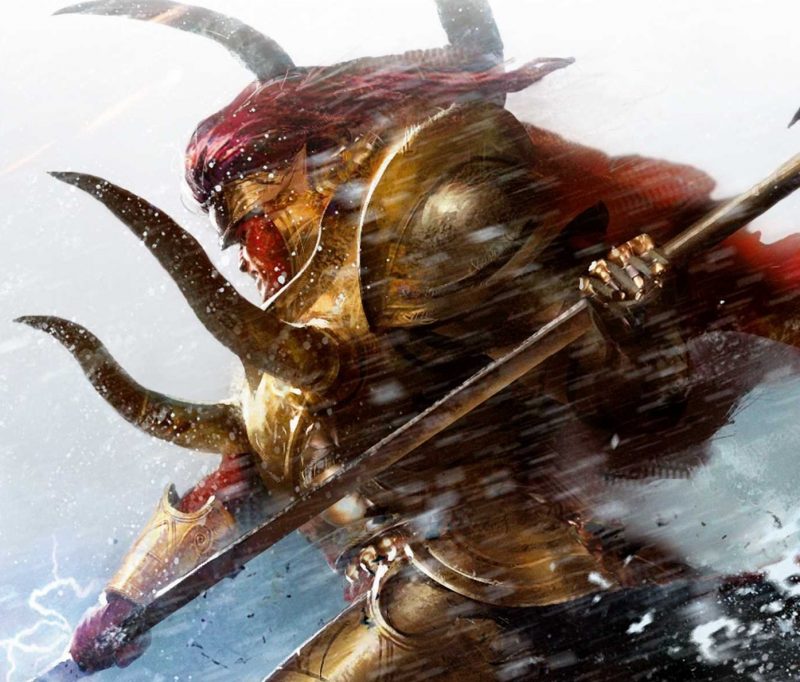 Another funky combo I randomly did the points for is a Thousand Sons/KDK Ally army.  The idea is that since all the Daemon of Khorne stuff doesn’t care about Mark of Tzeentch and thus you can create an interesting combo/death star thing with Dogs, Herald, and some blood crazed Cultists.  The idea would be that the army is under the slavery of Magnus due to the fact I own a Magnus and want to play with him.  So here you go – the unfluffy army list unless you really try to work the whole enslavement angle.

This army is pretty basic – you got a big fat Star – with some challenge protection in the Herald.  You have some Ap 2 smashing goodness with the Daemon Weapon Exalted Sorcerer.  You can throw some powerful spells with the Scroll guy and you even get a -2 to charges on you because of the other Force Staff.  Of course then you add Magnus on the top, a crap ton of bodies to throw wound into and a lot of the guys have decent saves – whether using the Thousand Sons rule to get down to a 3+ or some other form of Magic Shenanigan. In the ITC FAQ the Disc gives you a Jetbike status – which means you get a +1 like you would on a bike etc.

What other multi-legion combos have you looked into?  I wouldn’t be surprised to see a KDK star backed by Magnus and some Disc Sorcerers.  That just seems ripe as a way to activate Magnus and have some bodies to get in the way.  You could even say he has enslaved the Flesh Hounds to do his business or clouded their vision.  I think I got Magnus on the brain as he sits there in a box staring at me.  I have him to build and a Aratpos Knight for a client.  It doesn’t help that LVO is coming and obviously I plan on playing some kind of Chaos build.

~Post some of your combos in the comments and see what horrible stuff you can come up that make the Imperial armies cry.

Author: Thomas / Goatboy
Thomas Reidy, aka Goatboy, the ever-evil member of BoLS. I do arts, play 40k, and even paint a lot of stuff. I have been playing Warhammer 40K since the 1990s, and have won multiple national events including Adepticon and GW GTs. I've been writing for BoLS for 15 years. Look at my Instagram to see what I am working on - or working on for someone. I am always doing something hobby related.
Advertisement
Armylists Chaos Marines Tactics Warhammer 40k
Advertisement