In Runewars, planning for victory happens before you step on the battlefield – let’s talk about Deployment & Objectives!

Fantasy Flight Games new rank-and-file miniatures game is all about taking your army to the tabletop to do battle. We’ve already previewed The Command Dial, Movement, Combat and we’ve even had a rundown at GenCon 2016. But how do you achieve victory? That all starts with the deployment…

The Setup To A Battle

Games of Runewars are played on a 6′ x 3′ table. But the deployment’s aren’t free-range. There is a “deployment deck” and a “objective deck” of cards that you use to determine the setup of the game. 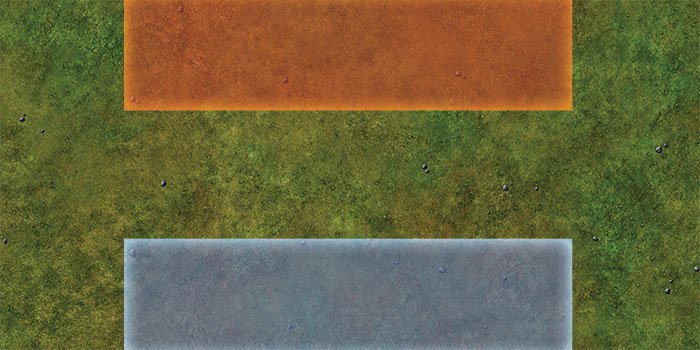 Head-to-Head, one type of deployment

At the beginning of the game players randomly choose 3 deployment cards and three objective cards and lay them out face-up. The first player is the one who spent less points while constructing an army. They have the option of choosing either the deployment or the objective card – the second player chooses the other type. 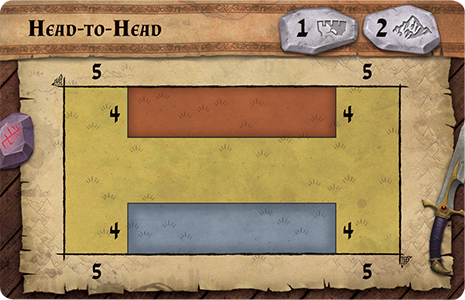 The player that chooses the deployment card can choose which zone they would like, red or blue. Not all deployments are equal! In some cases one of the zones might be drastically different. 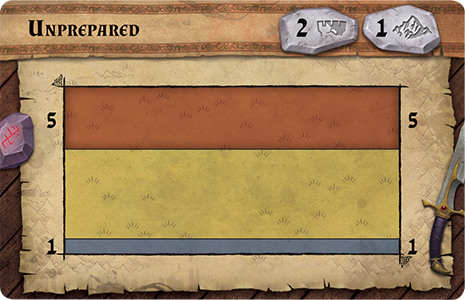 For example in the Unprepared deployment, the Red side has a much larger deployment area than blue. Also note the two terrain features at the top right of the card. The left most symbol is the “defensive” terrain and the right is the dangerous terrain. They each have a number by them that determines how many features you would “draw” from those respective terrain stacks.

These terrain cards are revealed at random. Players also take turns placing the terrain before the battle. While this might change up your deployment, it all happens before any units are place so you’ll have a chance to survey the battlefield.

A game of Runewars lasts for eight turns. If an entire army is destroyed the game ends immediately, but most games will end with both players with forces still on the battlefield. To determine who wins you must tally up points.

The first way you score is by adding up the points you have remaining on the table. If, for example, you were playing a 200 point game and you only lost 50 points from your army you would have 150 points when scoring starts. It a unit has been reduced in sized during the game it may also be worth less points by the end of the game. 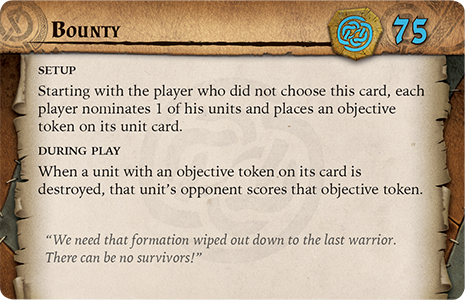 Attacking your enemy to deny them points and keeping your own forces alive is an excellent way to score points. However, it’s not the only way. You have to take into account the objective card that was chosen at the start. The Bounty card is one example of the objectives. If you score the objective token, you get an additional 75 points! 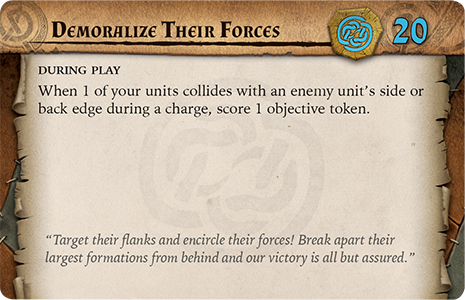 Not all objectives are the same – some can only be scored once while others can be scored multiple times. Demoralize their Forces (pictured above) does not have a cap and each objective token you score is worth 20 points.

Runewars promises to offer a lot of replayability with these different deployment and objective options. They can greatly impact the games you end up playing by changing up your typical deployments and objectives.

If you’d like to learn more about the deployment and the objectives in Runewars you can check out FFG’s full article right HERE.