Warmachine: Best of the Best – Animus 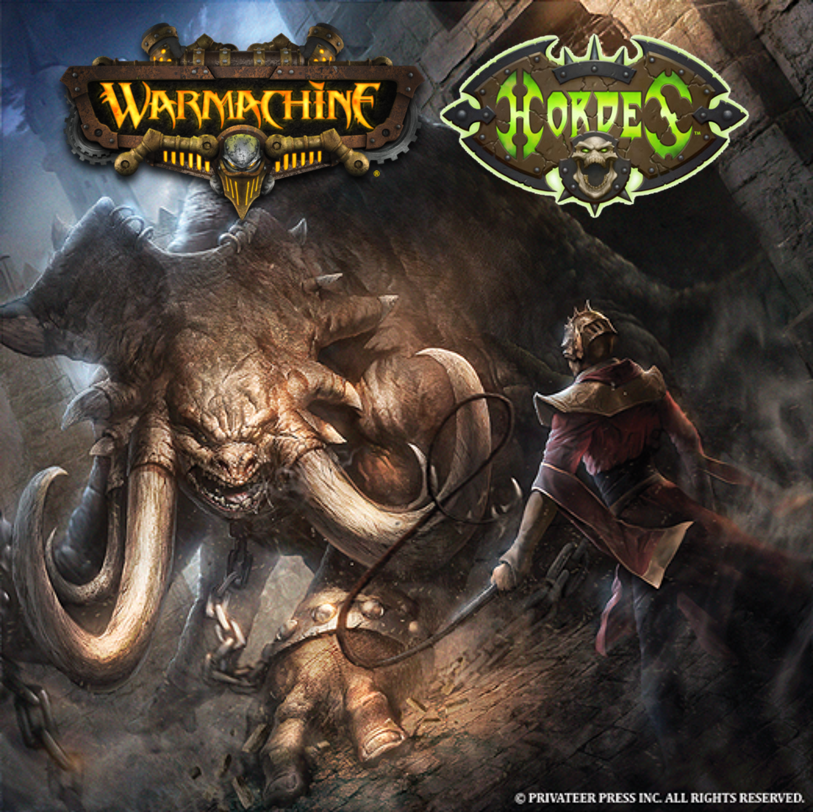 Ranking the top three Warbeast Animi in Warmachine and Hordes.

This Week: best Warbeast Animus. Every warbeast in the game has them, and they’re often a critical part of Hordes gameplay. There are times when a Warbeast’s gameplay unlocks with the correct use of their animus, or when they’re taken simply to get access to that animus for the Warlock. Of course, not all animi are created equal. There’s some variability in how effective or powerful animi can be, so sorting out the best ones in the game can be very tricky. This one is going to be especially tricky because there were a lot of “really good” choices to consider.

So let’s get right to it! The following are my list of the top three Warbeast animi in Warmachine and Hordes. At the end is a bonus “Dishonorable Mention” for the biggest waste of time animus out there. 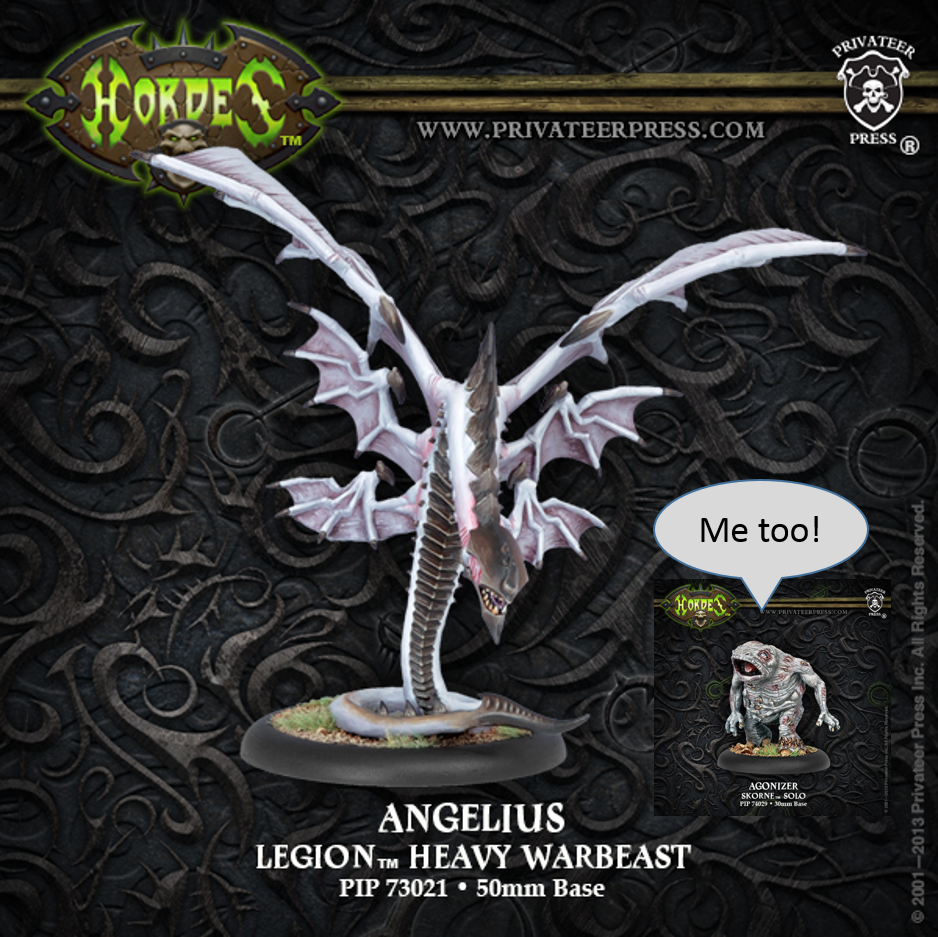 I had to include this one as it’s a scenario powerhouse. I thought about Irresistible Force as well, but I think Repulsion is the better of the two simply because enemy models can be affected multiple times by the same model if you play it well. Repulsion is really easy: enemy models currently within 2″ of the spellcaster are pushed 3″ directly away in the order you choose. While that might seem small at first, there’s a whole lot of shenanigans that it can enable for scenario play. With clever use of Overtake (on the Angelius) and positioning choices, you can clear out flags or even move opponents out of zones if they’re not careful. Warlocks can have even more flexibility with where and when they leverage it.

I’m still waiting for an enterprising Skorne player with five Cyclops Shamans plus the Agonizer to grant it to figure out a way to just shoo a model 15″ out of a zone with a cascade of Repulsion fun. For the opponent that forgets about this animus, it can be the essential thing to grab a quick lead or squeak out an unexpected win. 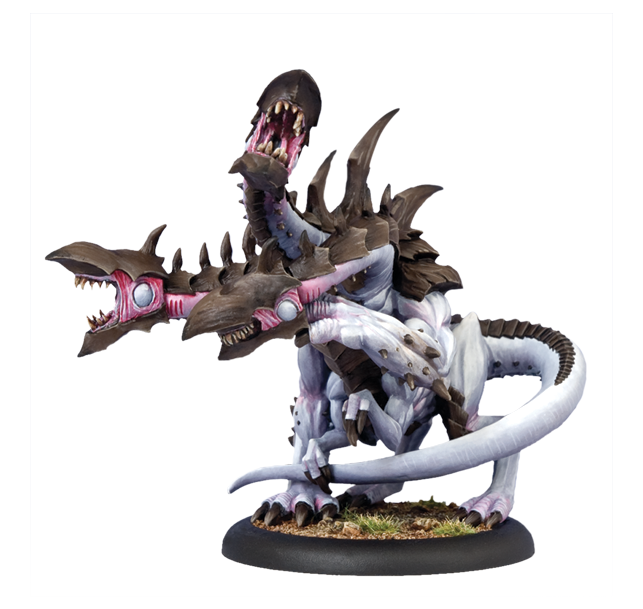 There were lots of defensive animi that I considered, all of which can be very strong. Earth’s Blessing, Swarm, and Lightning Strike all give flexibility to both beast and Warlock in survival. But Typhon’s Excessive Healing occupies a special place of nasty for many match ups. Legion has some methods of reducing strength of enemy attacks (Thagrosh1) or increasing armor (Abby2). That’s part of what makes this click when Typhon uses the ability. When he’s reaching effective ARM 20 with high-for-a-heavy defense. Add on healing d3 after every attack that damages, and that’s where he shines.

The knock on Legion warbeasts is often that they’re glass cannons. With this, Typhon is just a cannon. Sure, he’s stopped by grievous wounds or things that can hit at absurd damage, but so are lots of models. If your opponent failed to pack the tools to finish him off, he can get frustrating fast. With the heal coming after the damage, it means that he’s not losing aspects until he’s dead, either.

On the Warlock side, sometimes Hordes warlocks can suffer by getting nickled-and-dimed to death by massed weak attacks that are hard to counter with transfers. This animus takes that option off the table. Some of the other defensive animi I considered may give more predictable protection to a Warlock. But this one can mess with an opponent’s dice math.

This one is pretty clear. +3 STR, and can affect any friendly Warbeast within the spell’s range, with no drawbacks. I thought long and hard about Primal as well. MAT fixing as well as STR bonus is great, but the auto-frenzy after can be kind of the pits. Rage, however, just gets the job done. It lets lights hit like heavies, heavies hit like gargantuans, and gargantuans absolutely put the things they hit into the dirt. Given that it’s a STR bonus, it can also increase the distance a model is thrown. It’s sheer killing power in a single animus. The Warbeasts who have it can even mix it up on occasion. Nothing stops your Warlock from being the one who casts the spell. By being target faction warbeast rather than self, that’s where this one really shines.

When you absolutely, positively need to stop a high armor target, a three-point damage swing is the spell to do it. 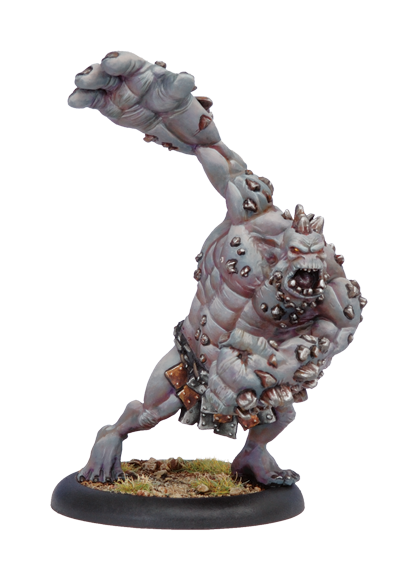 Okay, so you already probably knew that the Slag Troll’s animus was the worst of the worst in Mark III. Let’s talk about why. It gives the spellcaster Immunity: Corrosion and gives their melee weapons the Continuous Effect: Corrosion quality. The first one may be the only portion that’s even close to relevant. It can defend your Warlock against certain assassination threats, mostly from Cryx. That’s pretty corner case, and may only matter for the lower-stat Warlocks who need to stand close for some reason (Doomy1 or Grissel1 might have reasons). Okay, so limited need by rare opponents–that could be some other animi too.

It’s the second half that makes this one a real dog. Continuous Corrosion is an amazing ability… on AOEs and sprays. If the Slag Troll or a Warlock is in melee with a one-wound model and manages to hit it, aren’t you hoping it dies? Even against Tough infantry, where at first there could be a sense of “well, if they make the tough roll”, I still don’t think it’s worth it. It expires 33% of the time. So if you’re standing there and counting on the Continuous Corrosion to finish off knocked down models you’ve hit, 33% of the time they don’t perish, stand up, and take a swing back. Better to spend that one Fury just buying the attack to kill the knocked-down model that is tough.

At best, corner-case. At worst, nigh-pointless.