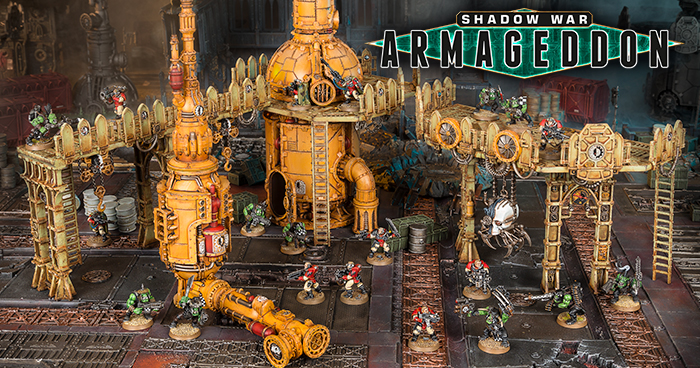 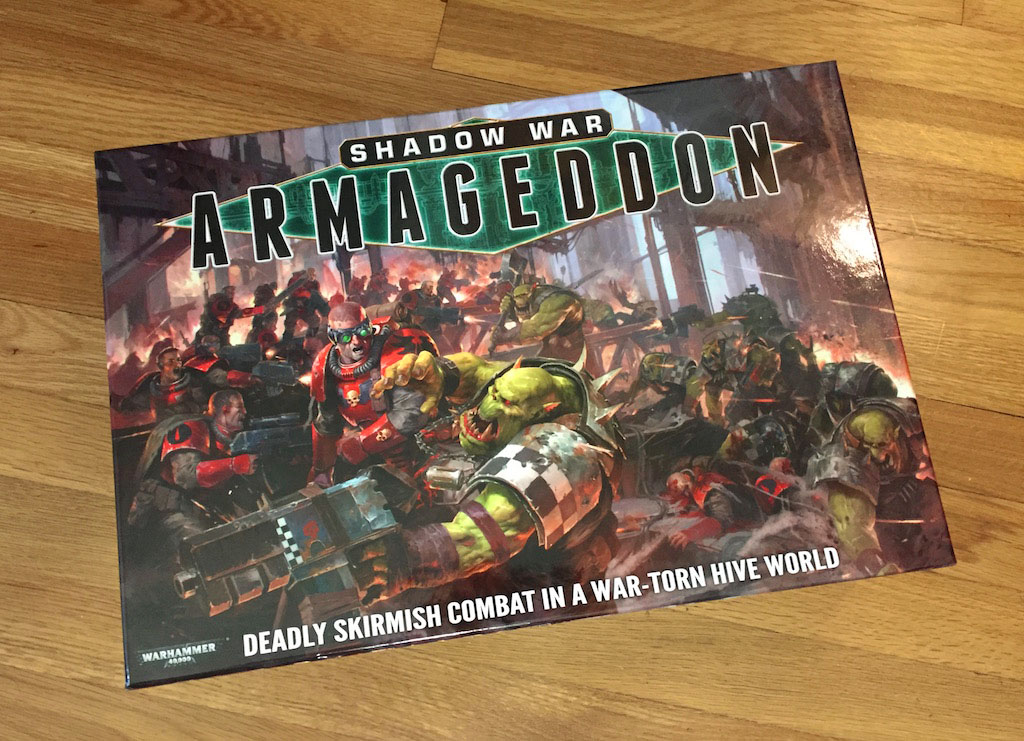 Want to know what’s inside the box for Shadow War: Armageddon? Come see for yourself!

Shadow War: Armageddon is apparently sold out pretty much everywhere. That stinks. But if you happen to come across a box in your FLGS and you’re wondering if it’s worth picking-up, it would be nice to at least get a look inside first, right? Well we here at BoLS have you covered:

Shadow War: Armageddon is a “new” boxed game from Games Workshop. I say “new” because it’s essentially Necromunda without the Gangs. In fact, you could take the old Necromunda Rules, do a “find all” for ‘ganger’ and replace it with ‘model.’ A couple of other minor changes and updates and there you go – it’s Shadow War: Armageddon!

As far as the contents in the box color me impressed. I’ve already talked about how excited I am about the terrain (which will be available as separate kits in April & May if you missed out on the box.) But after getting my hands on it and actually building some of it, I can’t wait to see what else the community does with it. Seriously, as much as I want more Xenos Terrain (I wrote a whole series on that very subject), I’m super happy about this new “Promethium Rig” themed terrain! 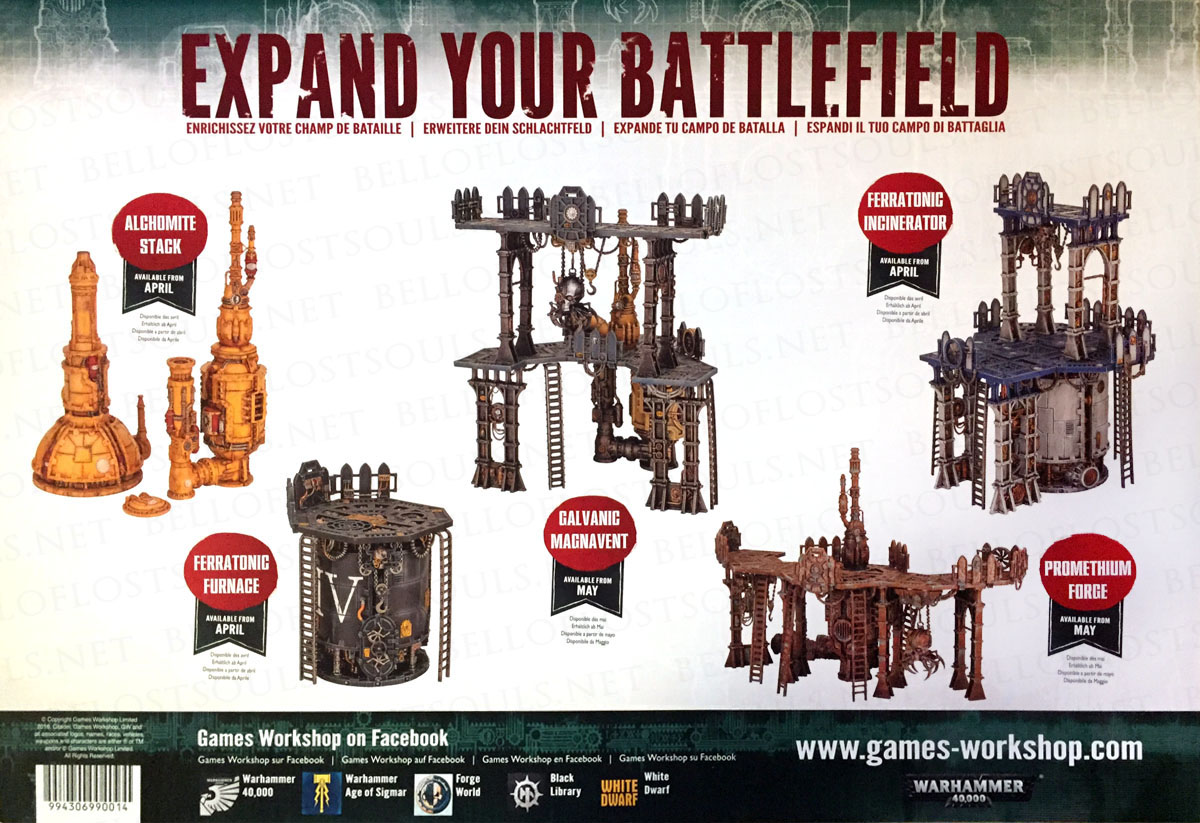 And lets be honest, aside from the super nice rule book, the terrain is probably the real star of this boxed set. We’ve all see the Space Marine Scouts box and Ork Boyz box before right? You do get a set of Scout Snipers and regular Space Marine Scouts as well as a set of Ork Boyz. It’s a total of 20 miniatures which you can use to create 2 Kill Teams with. Rules for creating these two teams as well as an Astra Militarum Kill Team can be found in the rule book. 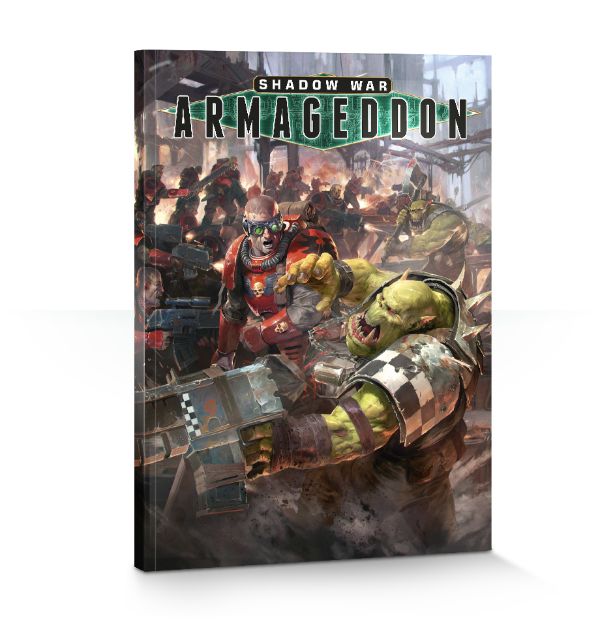 The rule book is a 120 page soft cover book that is pretty highly detailed. We’re going to go over the book later this week in much more detail. But for the purposes of this unboxing, it’s in there and it’s also really nice. Spoiler: it touches on the history of the hive world of Armageddon and it alludes to why it’s Orks vs Marines. 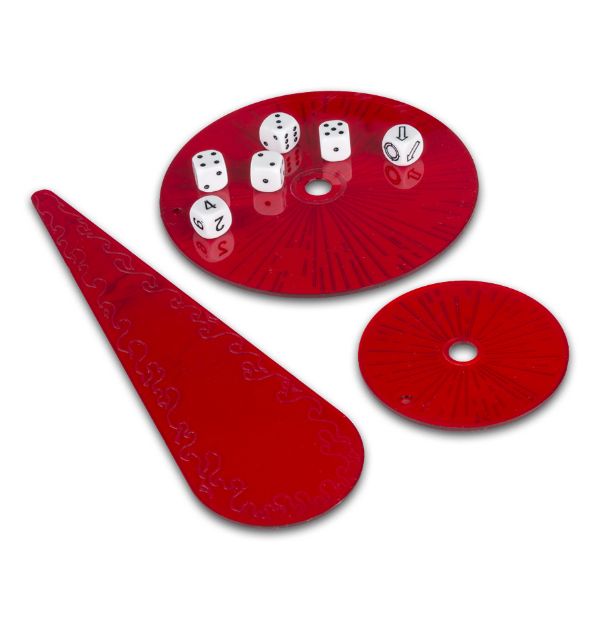 Also included is a new RED set of templates! Look, I know it’s not earth shattering but, I think it cool that Games Workshop at least used some different colored templates for this game. It’s nice to have a red set and a green set! Plus they are “official” from GW so no one will give you a hard time for using them. It’s the little things, really…

Speaking of little things, a set of dice are included with a small scatter dice (which, if you’ve been playing for awhile, you know how valuable those are). There are also a bunch of new cardboard tokens for all your objectives/pinning/running/marker needs. 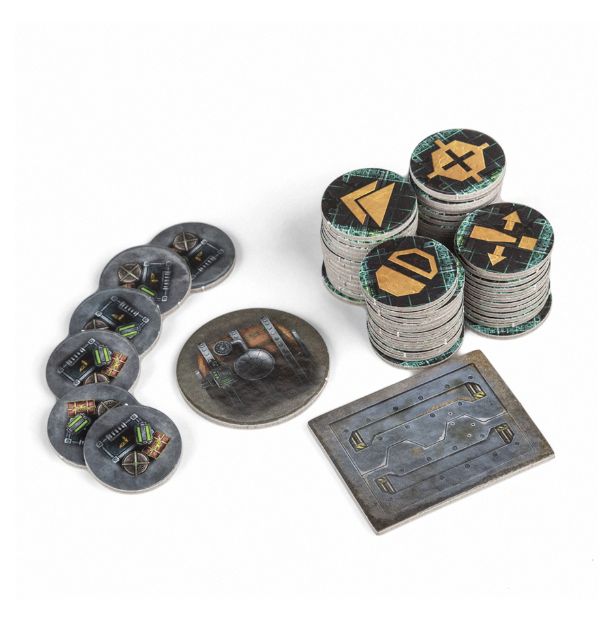 There is a quick reference guide as well to get you up and playing ASAP. But if you’re curious/interested in playing this week I suggest heading to your FLGS to see if they have a copy of the Retailer Kit. If you’re really luck they will even let you check out the rule book – if they have it that is.

I really just want to keep gushing about how awesome the terrain is – but I think you get the idea. 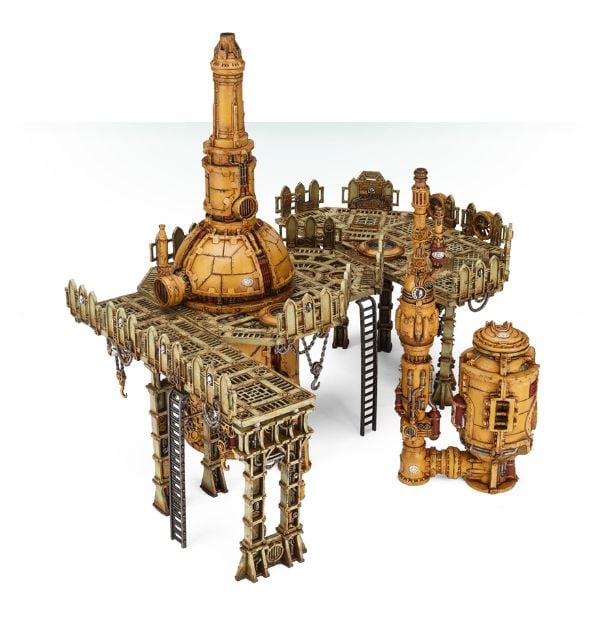 Overall, I’m really happy with this set – I was a big fan of Necromunda and I’m thrilled to get an updated re-release of the classic game. And now I can play with 40k units! I think that’s what so great about SW:A – you can play with just a box of models and the rules. It’s one of the lowest barriers to entry for any GW game. If you already own an army then you’re set – you can grab models from your collection and play. If you have ever wanted to dabble in a different army then this game is a perfect excuse to buy a box of something else and build/paint/play those instead! 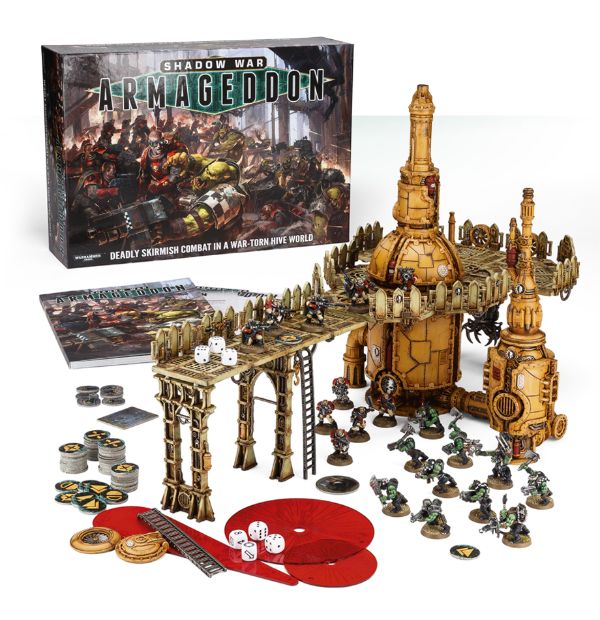 Armageddon is wracked with war. As hordes of ferocious Ork warriors surge across the planet, they are met in combat by the combined forces of the Imperium.

Across Hive Acheron, elite fighters creep through the twisting pipes and gantries of the hive to strike deep within enemy territory. They are assassins and saboteurs – the kill teams of Armageddon, battling over precious promethium in order to win the shadow war and decide the fate of the battle that has engulfed the planet.

A standalone boxed game, Shadow War: Armageddon pits kill teams against each other in skirmish combat, with a detailed set of rules that are easy to pick up, yet deep enough to delight even the most seasoned wargamer. Containing an assortment of Citadel miniatures Shadow War: Armageddon brings the thrill of close-up and personal warfare to your gaming table, from single skirmishes to hard-fought campaigns that could decide the fate of Armageddon.

SW:A officially hits shelves this weekend. It’s been white-hot in popularity online (and sold out within hours) but you might find a copy on store shelves…

Author: Adam Harrison
Writer, Editor, Texas Native, and Austinite for 15+ years, Adam covers all things Tabletop Gaming. Which includes Warhammer 40,000, Age of Sigmar, D&D, Board Games and everything else that involves dice, boards, cards and a table. A hobbyist, player, and collector of miniatures and games, Adam's current obsession are his Death Armies for Age of Sigmar, his Blood Angels and Tyranids for 40k, and his ever growing Arkham Horror: The Card Game Collection.
Advertisement
Board Games Games Workshop Miniatures Shadow War Armageddon Tabletop News Unboxing Videos Warhammer 40k
Advertisement