It’s the Necrons turn in our series on Xenos Terrain!

When talking about Terrain, Games Workshop has a “Xenos Problem” – We’ve already talked about Orks, the Eldar, and the Tyranids, now let’s talk about those Masters of the Tomb: The Necrons! 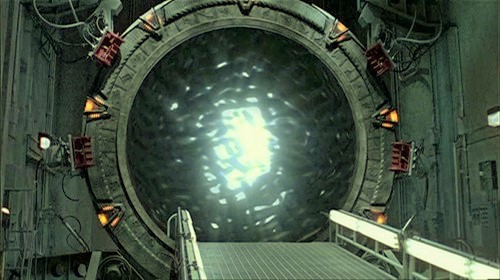 The Necron’s always had that Space-Egyptian theme going. One of the most popular Sci-Fi series out there was Stargate-SG1. See where I’m going with this? The Necrons already have troop transport technology based on the Eternity Gates built in the Necron Monoliths – why not make a terrain kit out of that?

But lets not just have a lone gate – I think they should get a network of them. I think that this Eternity Gate Network would consist of 3-4 nodes that were treated similarly to the Monolith’s version – except for the whole “vacuum” attack. They could be placed using the infiltrate rules instead of the standard fortification rules so that the Necron player could deploy them closer to the opponent’s board edge. The Eternity Gates would be too small for a vehicle to go through (so only infantry could exit from them) but they would have the option to let a unit of Necron Infantry re-enter the gates (similar to an vehicle embark). The following turn that unit could deploy from ANY of the gates on the table.

These individual gates could be targeted and destroyed so they would have to have an AV as well as hull points. But I think they should be relatively cheap. Another fun thing would be if all the gates are destroyed then any units that were “embarked” were lost as well – they could exit through a Monolith gate however. 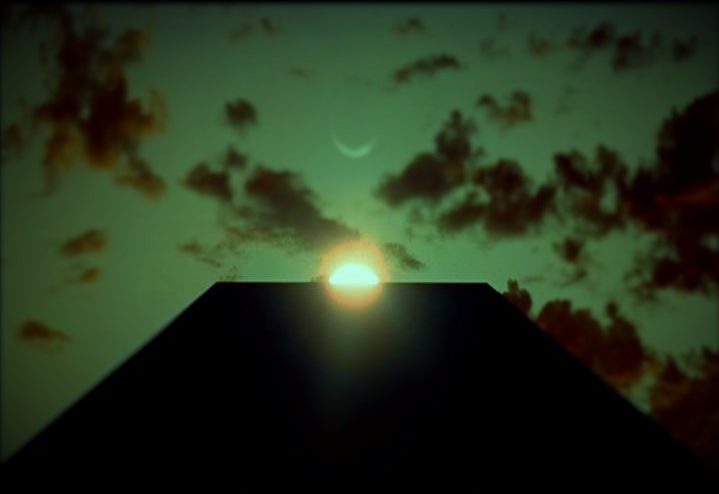 The Necrons are bereft of Psykers in their ranks and use alternative means of travel besides the Warp. This idea plays on that even more – what if part of the reason they avoid Warp travel is that something about their “biology” rejects the warp. Much like the Tyranid Shadow in the Warp is an overwhelming psychic presence, maybe the Necrons are the antithesis of that – they are “anti-warp” in a way. Now if they could concentrate that and shape it into an Obelisk then you would have the Necron Null Obelisk.

These Null Obelisks would shut down psychic power generation with in their range. Based on the footprint of the actual kit that range could be anywhere between 6″-18″ – so it would be a powerful way to control the board. Any attempts to cast a psychic power while in that zone would auto-fail and the warp dice are counted as spent. Psykers within range of the Obelisks would not contribute to the warp charge dice generation for the turns they are within range (this would be checked at the start of the phase so you’d already know which Psykers you should avoid attempting to cast with).

Obviously these things would be high priority to take out for any psychic-heavy army. They would have an appropriate AV and Hull Points. And because of the “energy” absorbing nature of these Null Obelisks, they should have a 5+ invulnerable save. They should be durable but not impossible to deal with – it’s just a Terrain Kit/Fortification after-all.

Again, these are just rough ideas for Necron kits. I think they (the Necrons) have a really cool aesthetic that should be explored more in the way of Terrain and Fortification Kits. And while these aren’t fully flushed out with AVs/HPs/Point Values or even rough sizes of the models, I’m just hoping to get the idea gears turning for the folks at Games Workshop – and you, BoLS Reader – if you’re up for a hobby challenge!

I’d love to see more of the Tomb Worlds that Necrons come from. I want to know what those places looked like and what other cool doodads we could build based on those. I’m sure you’re all familiar with the random Necron “Crystal Forests” you can get from other manufacturers but those seem really generic. They aren’t bad products – but they could just as easily be “Generic Crystal Forest” as well. I want terrain that is Necron specific because I think that helps paint a better picture of the entire Grim Dark Universe that is Warhammer 40,000.

What Necron Buildings, Fortifications or Terrain would you like to see Game Workshop produce?