Catch up on this week’s 40K mini-campaign – A Night Lords Lord reaching for Daemonhood. Relive Star Wars: A New Hope and get in some Warmachine. 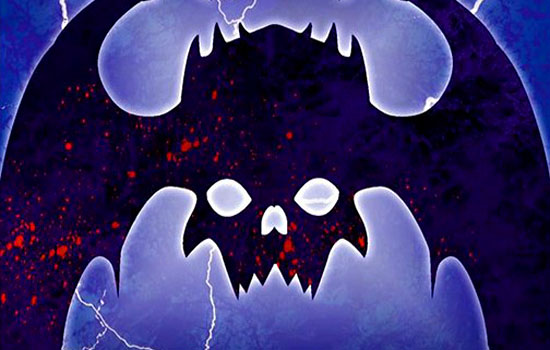 We are going over this last week’s Warhammer 40,000 8th Edition 3 part mini-campaign. Follow Lord Dhrakaar of the Night Lords legion as he walks the path to Daemonhood.

The Path of Apotheosis 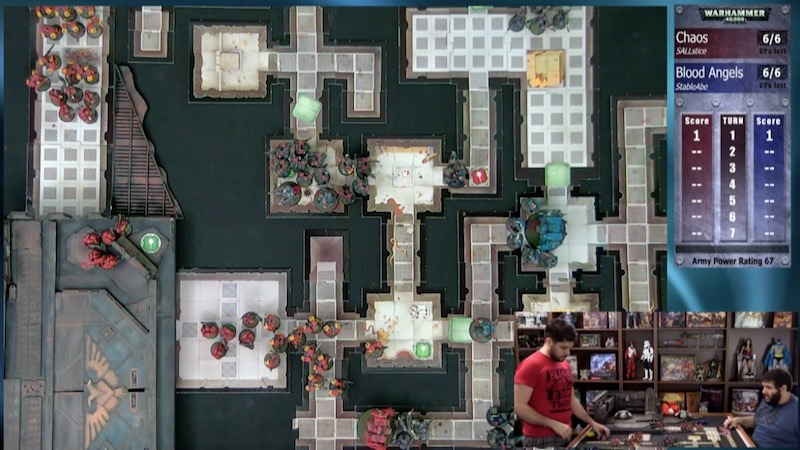 Path of Apotheosis – Part 1: Sin of Damnation (watch the game)

Lord Dhrakaar takes his warband into a Space Hulk near the Baal system to retrieve a relic needed for his transformation. But the Daemons of the Warp are fickle and this isn’t any random Space Hulk, but the Sin of Damnation – site of the Blood Angel’s most terrible loss.  They are honorbound to board the hulk to reclaim their long lost brethren and the Chapter’s honor-suits. Suddenly Lord Dhrakaar runs into unexpected company in the cold dark corridors of the hulk. Can he claim his prize before the Blood Angels block his ascension forever? 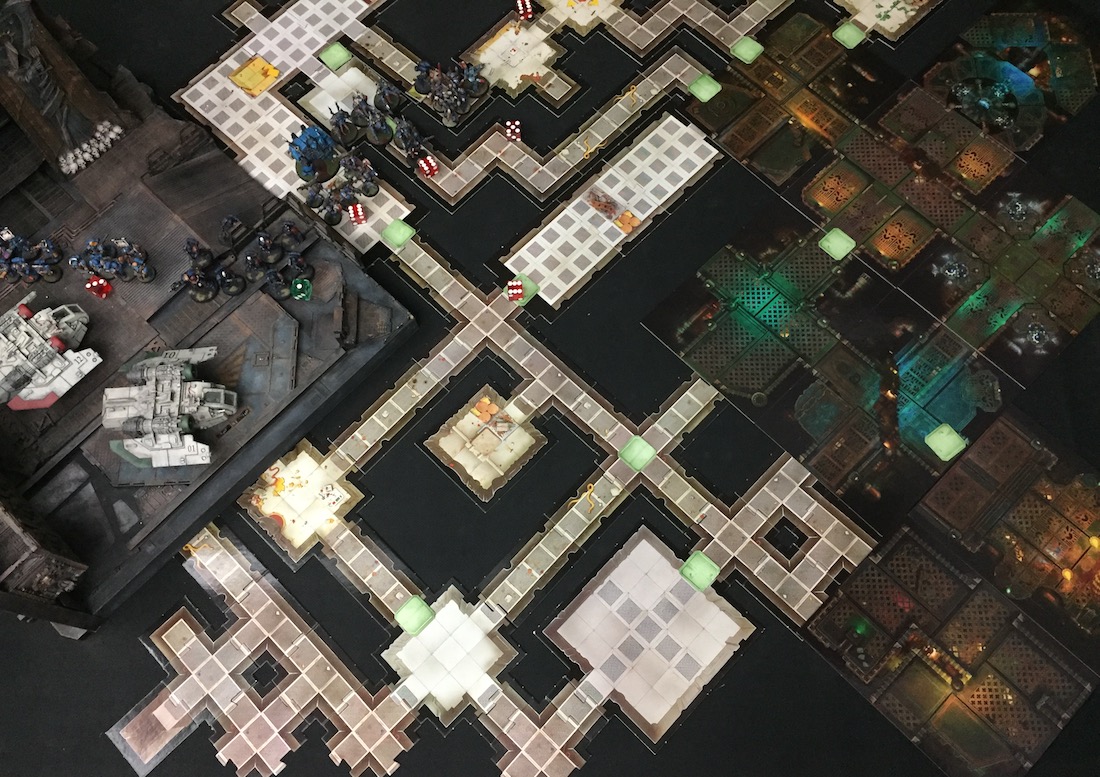 Path of Apotheosis – Part 2: Tendrils in the Dark (watch the game)

Lord Dhrakaar has moved deep into the Sin of Damnation.  His daemons whisper that his final relic needed for his apotheosis is at hand.  With no time to waste he pushes his warband ahead into the depths the hulk, unknowingly breaching wardens long dormant.  With immortality within reach, his warband reports motion all around them.  A Tyranid splinter fleet sleeps in the deep. They rises to defend their own and absorb any biomass foolish enough to disturb their slumber. 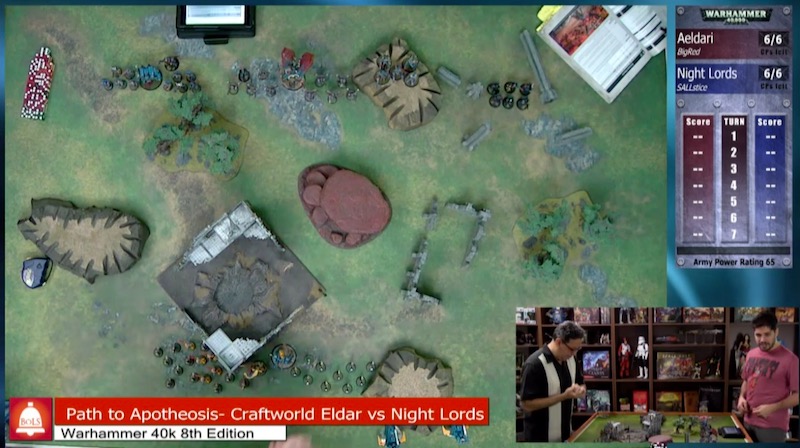 Path of Apotheosis – Part 3: Fury of Khaine (watch the game)

Lord Dhrakaar has his relics, and moves on-world to complete his final dark ritual. Long desired Apotheosis is at hand. Yet strands of fate long foreseen feel the tug of Alaitoc Craftworld’s Seer Council. Dhrakaar is forseen as a formdiable foe for Alaitoc in the distant future, leaving only one choice to the Aeldari.  Kaela Mesha Khaine is roused from his smoldering slumber, and strikes out with a heavily armed strikeforce. The Aeldari duty is clear – utter annihilation of the Daemon Prince or die trying. 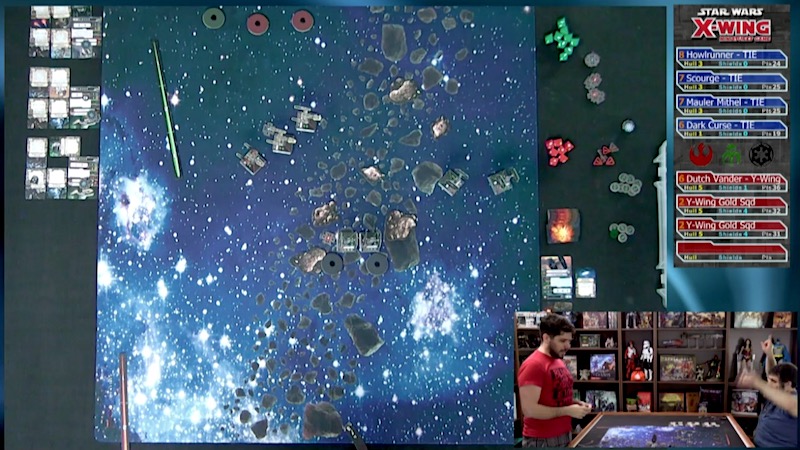 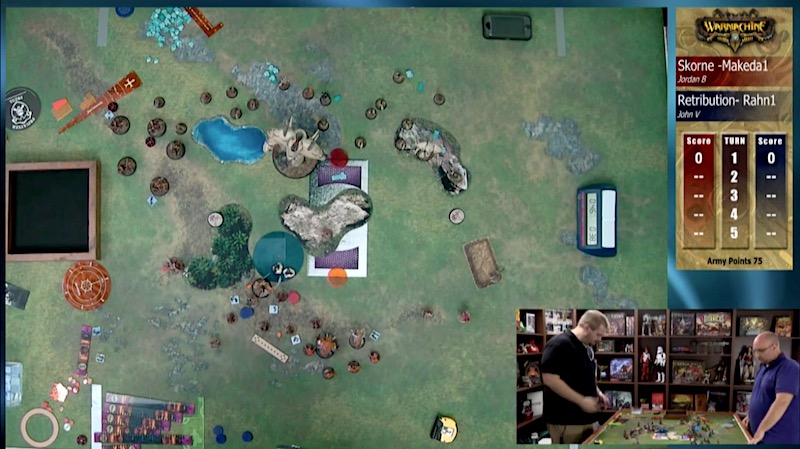 The Desolation of Baal

A Blood Angels company fights for survival and glory on their blighted homeworld.

Come see a 30 year old 40K army fight for the Emperor all week!