Games Workshop previews a new batch of missions plus some more things to shake-up your games of 40k!

In Chapter Approved Games Workshop will be introducing 24 brand new missions for Matched, Narrative, and Open play. Let’s take a look at what Games Workshop has in store for the next major update to Warhammer 40,000:

12 of these missions are based on Stronghold Assault and Planetstrike (six each). We’ll be getting into these further as we discuss campaigns, but each of these narrative focused missions is great for a one-off game. All-out Attack is one of the most thematic, simulating a desperate assault against seemingly overwhelming forces as enemy units come back on a 4+ when destroyed! This is a great way to add a truly epic scale to your games of Warhammer 40,000 even if you don’t have a massive army. 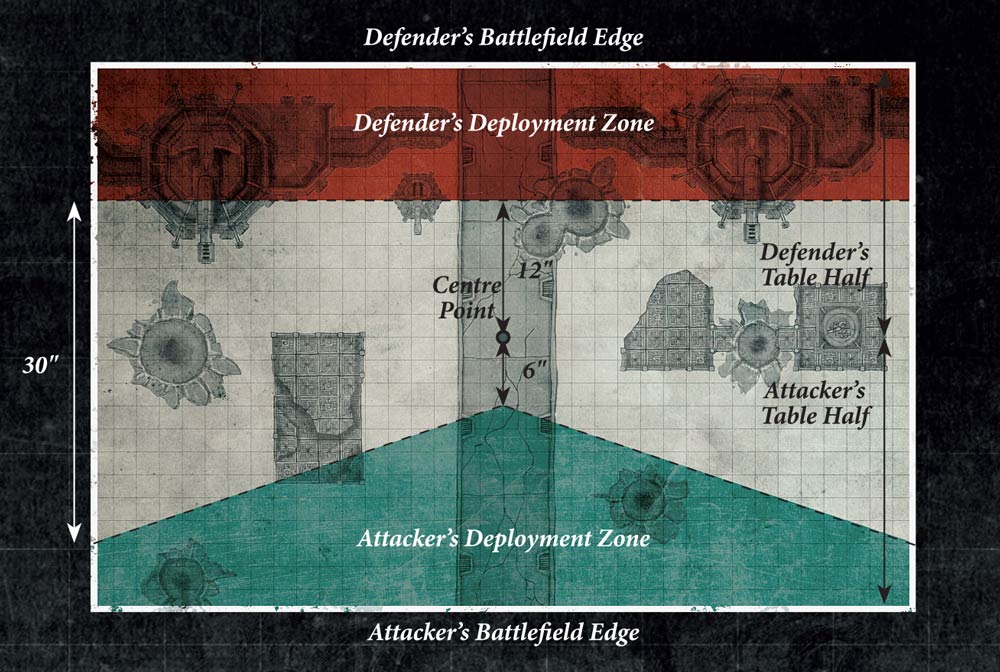 Games Workshop also teased that there will be 6 new Eternal War and 6 new Maelstrom of War missions. They are designed to change how you go about list building and will challenge you during list creation. For one example, let’s take a look at the new Ascend rule for missions: 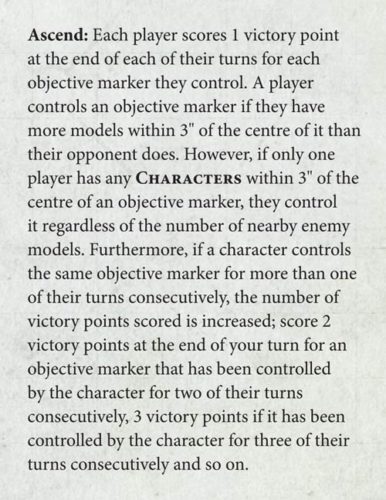 Characters become the key to scoring VPs with this matched play rule. Not only do you keep a rolling total of VPs during the game, but Characters can actually hold points OVER Troops with “Objective Secured” type rules. On top of that, for each consectutive turn that a character holds a point, they score MORE VPs. You’ll get 2 points on your second turn, 3 VPs for 3 turns, etc. That’s going to make units like Ogryn Bodyguards extremely valuable in your army!

In another mission, Games Workshop seems to be taking a swipe at Alpha-Strike lists in particular. With Roving Patrol, players have to divide their army into 3 forces with an equal number of units if possible. Then you have to randomly determine which group will be “starting force” with the other groups deploying from reserve. 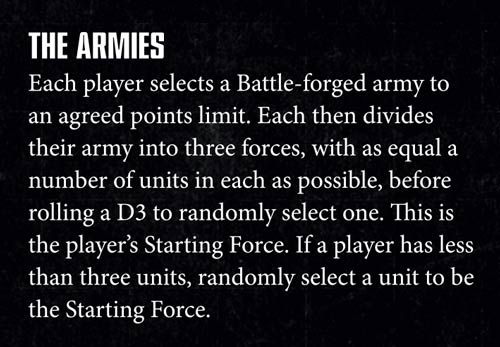 Now, we’re going to have to assume that this overrides the deployment rule for starting at least 1/2 your units on the table. Some armies can really thrive by not having to deploy everything at once. “Deepstrike” heavy lists are going to love this scenario!

Chapter Approved is shaping up to be quite a game changer, literally! We’re getting new VDR and Apocalypse Games. And GW is teasing that tomorrow they are going to address the other 11 factions that don’t have codexes yet! Stay tuned…

Are you ready for the Chapter Approved 2017 book? Pre-orders go live on the 25th!