40K: Fixing The Angels of Death 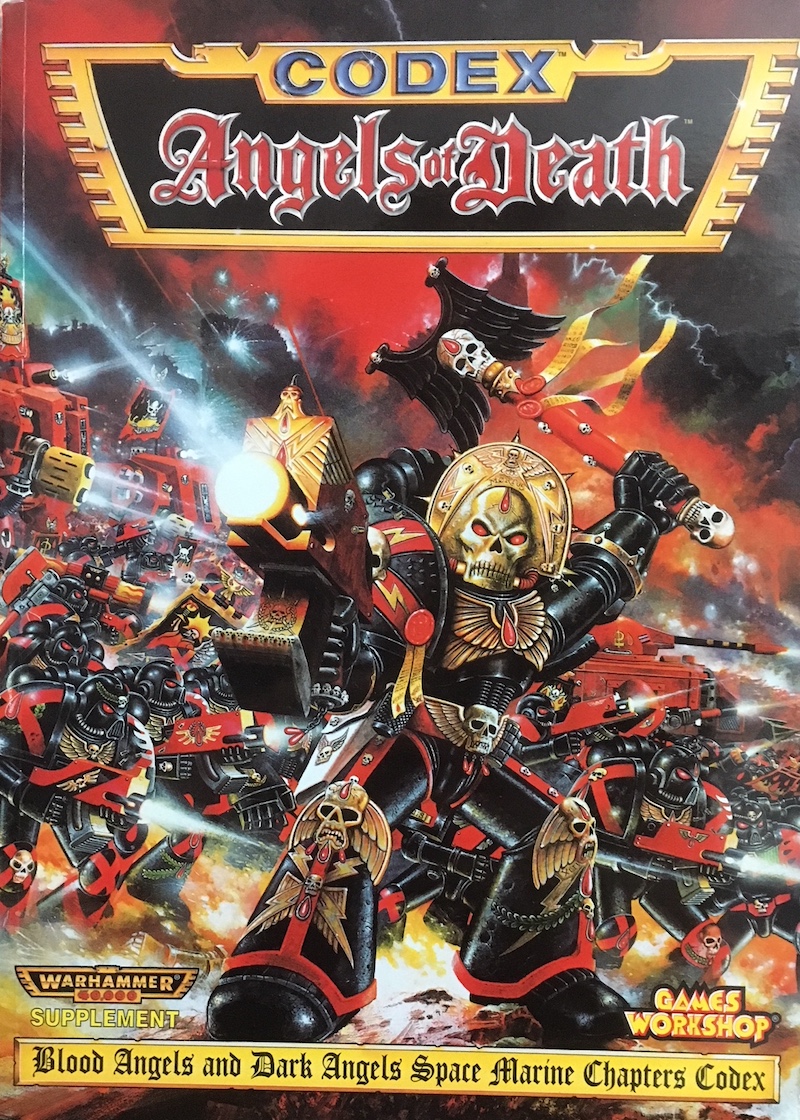 The Angels of Death are coming back! The Blood Angels and Dark Angels are getting new books, but will they be enough?

Since Games Workshop announced the next three codexes fans have been speculating how they will impact the game. We know for sure that each codex is going to get it’s own special rules, relics, Warlord Traits, Stratagems, and Psychic Powers – but will there be more than just new window dressing?

Two Ways To Do This

Each book has two ways it can go. It could follow the path of the Grey Knights books. It’s functional and “different enough” from the “Vanilla” Space Marines book to be worth it, but it feels a little shallow. Maybe it’s the lack of Sub-Factions (aka successor Chapters) with unique rules within the book, but the Grey Knights feel a little too specialized now. The seem to have slipped back into their pre-5th edition days of being “really good at killing Daemons” as-per the lore, but they lack their post-5th edition era appeal.

On the other hand, these books could go the way of the Chaos Space Marine Book. That is to say, books that can stand on their own and feel like they are in a good spot. I think that these books need to include Sub-faction rules for their successors chapters. The Blood Angels have quite a few that could be pulled in and so do the Dark Angels, even if they are traitors.

Personally, I hope they don’t follow in the path of the Grey Knights – not that army is bad per-se, it’s just feel like it’s missing something where the Space Marine/Chaos Marine books feel a lot more whole. And I think that’s directly because of the Sub-Factions with rules.

As it stands now, The Blood Angels are a chapter on their back foot. Baal was recently invaded and spared due to the Galaxy-spanning Warp Storm. Sure, the Indomitus Crusade showed up with reinforcements and the Primaris Protocol Marines have been gifted to the Sons of Sanguinius now and they are on the mend – but I’m sure we haven’t seen the last of their hated foe Ka’Bandha the Bloodthrister. What the future holds for the Blood Angels – time will tell. It’s going to be very interesting to see how the Primaris Marines to take the Black Rage, I’ll say that much!

After the Sub-factions the first thing we’d love to see are some new Character Models. Please updated Dante. Please update Mephiston. Maybe not by the end of the year but in 2018 at least! Unfortunately, I don’t think we’re going to be seeing any new models from GW for either the Blood Angels or the Dark Angels. Prove me wrong GW…Please prove me wrong.

We also want to know what the heck is going to happen to their chapter next. And where did the Hive Fleet actually GO?! Were they all killed by Khorne Daemons? If so, how did that battle go down – yes, we know the Tyranids were apparently killed but HOW?! And that’s GOT to cause some problems in the warp-space around Baal, right? How is that going to impact the Blood Angels moving forward? So many questions…

Blood Angels should be scary fast and scary in close combat. We’re hoping that a Death Company army is cheaper to field and just as deadly (if not more so). We want their vehicles to be faster than their Marine counter-parts. We want the Sanguinary Guard to be the wrecking balls they should be and we want to see MORE Flesh Tearers …And Lamenters!

There are lots more things – but most of all, we want to see the Blood Angels be something OTHER than Red Space Marines. We want them to have their own flavor and unique abilities that make them worth playing.

The First Legion is one of the most sinister chapters in all of 40k. They are mysterious and foreboding. And they have a unique duality that follows them wherever they go. Are they Traitors (yes) are they Loyalist (…yes) and that’s one thing we’d like to see played up. Keep in mind that Cypher got to Terra in the Gathering Storm. He didn’t get a chance to “speak with the Emperor” but he did get to hang-out with Guilliman for a good stretch… I think we all want to know how that played out. The Fallen are also still running around the Galaxy as well! The Dark Angels have quite a bit of interesting things happening around and to them and for the first time in a long time GW is actually moving forward with the story line.

As far as sub-factions, the Dark Angels already have two very obvious choices: Deathwing and Ravenwing. I mean, c’mon, right? They each need to get cool rules that make playing either as a stand-alone army not only doable but fun and competative! Plus, with the keyword system and the way unit’s can’t cross-pollenate, we won’t be seeing White Scar + Ravenwing Bike squads full of characters running around as a mega unit. I think GW can really take the Ravenwing out of the shadow of that and make them a cool army. Same goes for the Deathwing – make them an elite fighting force of all Terminators! Now that Terminators have different types of armor to choose from and have 2 wounds, think of the possibilities.

But there are lots of other successor chapters to choose from as well. And that brings us back to their basic marines… They need to return to their classic stubbornness that the Dark Angels are known for. I’m leaning towards something that impacts their leadership tests and makes them harder to force to flee. And PLASMA. They need to be the dominate chapter when it comes to plasma tech. I’m not sure how GW can do that now that all marines have excellent plasma but I’m sure they will come up with something. In fact, you could start with the Salamanders “Flamecraft” rule and just replace Flame/fire with Plasma…that would be a good start. Dark Angel Helblasters would quickly become one of the most terrifying infantry units in the game.

We’d also love to see new models, of course. But perhaps more importantly, we’d like to see their current range get some love in the rules department. Ravenwing’s unique Land Speeder kit and the Nephilm Jet kit are both newer kits that didn’t get a lot of love from the Hobby side of the community. I can’t blame them. But their rules didn’t help either…

Lastly, we think that the Dark Angel’s Primarch Lion El’Jonson is probably up next in terms of returning Primarchs. He does make the most sense considering 1) the Dark Angels have a body 2) He didn’t “die” like other Primarchs. He’s deep within the rock sleeping…10,000 years is a heck of a power-nap! We think it’s an obvious choice to bring him back and to have his sons bring the pain with them.

What do you hope Games Workshop does with “The Angels of Death” either with the Lore or with their Rules? Let us know in the comments below!

Author: Adam Harrison
Writer, Editor, Texas Native, and Austinite for 15+ years, Adam covers all things Tabletop Gaming. Which includes Warhammer 40,000, Age of Sigmar, D&D, Board Games and everything else that involves dice, boards, cards and a table. A hobbyist, player, and collector of miniatures and games, Adam's current obsession are his Death Armies for Age of Sigmar, his Blood Angels and Tyranids for 40k, and his ever growing Arkham Horror: The Card Game Collection.
Advertisement
Editorials Games Workshop Lore Space Marines Warhammer 40k
Advertisement 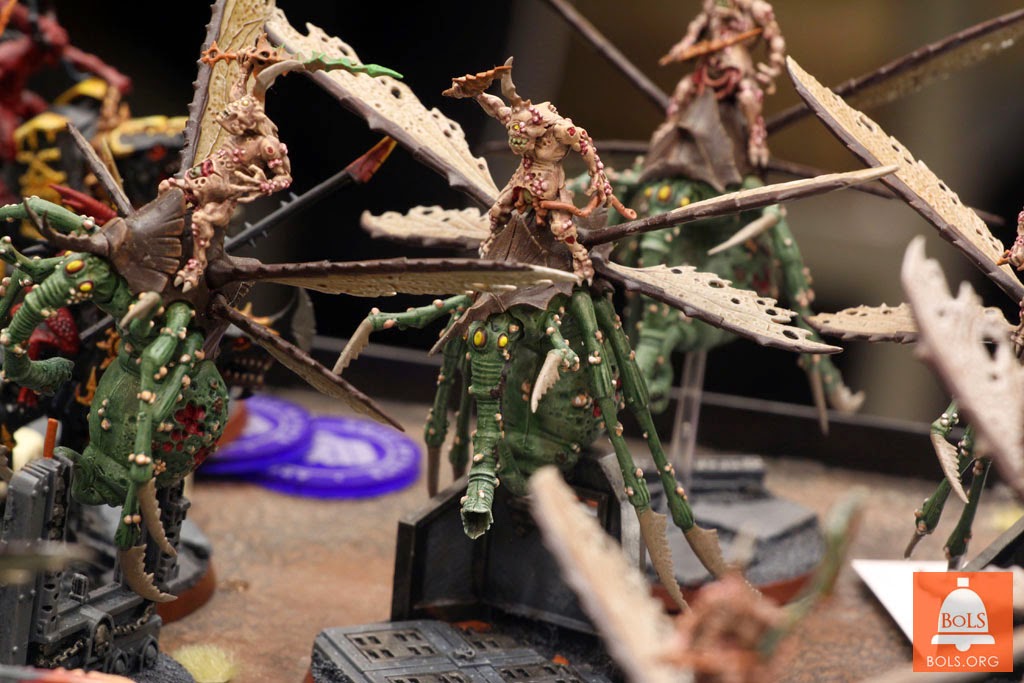