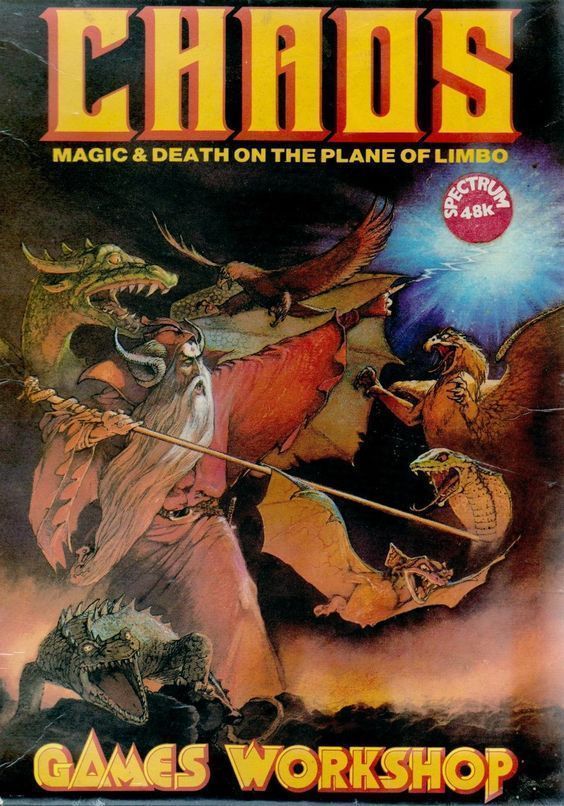 Through weeks of study and analysis, we’re finally ready to wrest control of the chaotic mayhem of the dice and bend them to our whim!

Heyo, Friendos! Welcome to Part 3 of this chapter of Popular Mechanics on Randomness.  Today we’ll be building a game that will hopefully really play to the idea of randomness. We’ll be trying to design some mechanics that will allow the players to control the randomness but with a very risk/reward type of way.

If you missed the previous parts of this chapter, click here for Part 1: What is LOL Teh Randum and Part 2: Playing To the Random.

For every mechanic we design today we have three major goals:

So let’s get started. 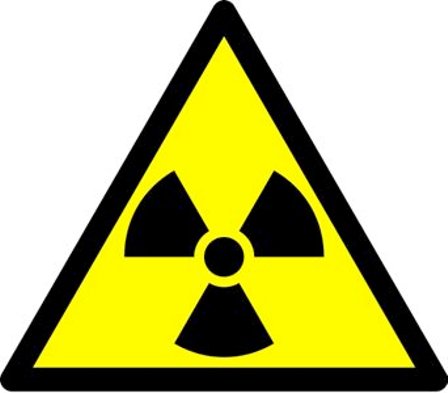 Players work at a nuclear reactor and there is an impending meltdown and pressure is spiking throughout the system.  Players can relieve the pressure, but each time they do a vacuum is created elsewhere, potentially damaging the system. Before they release the pressure, each player has a variety of ways to prepare for these vacuums. Players start with some scrap to reinforce the specific locations, hopefully preventing those systems from becoming damaged. Additionally, each time a system is destroyed, more scrap is created. But, if too many systems are destroyed, the whole core will blow and the players lose the game. A vacuum at an unprotected location could severely damage the system, quickening the meltdown. There is not enough time to repair any damage so whatever damage the system accrues will remain until the players release all the pressure. Players can also try to control where the vacuum will appear, but if things don’t go well attempting to redirect the vacuum could make things worse overall. However, if the players can release all the pressure without causing a meltdown, they win!

That’s our quick explanation of Meltdown. So, how does Meltdown fit into our three goals?

As discussed in Part 2: Playing To The Random, RUGRATs are a game mechanic which are prevalent and, I think, poorly designed. RUGRATs are Random Ultimately Game Result Affecting Things. They are the Mythos Deck, the Resource roll, and the Infection deck. RUGRATs are the mechanic which control the flow, pace and (by accident) the difficulty of the game. They are not inherently bad but they are too important to not be very carefully designed. One of my main gripes with RUGRATs are lack of player control. Often, the RUGRAT triggers at the start of the round whether the players like it or not. For a lot of games, the game falls apart without this style of RUGRAT, but we’re designing our own game from the ground up. How does Meltdown use a RUGRAT while keeping our three goals in mind?

The key point here is the player’s ability to control when they want to release the pressure. They can take any amount of preparation they want. They don’t have to worry about not having enough movement points or anything like that. Resources are limited, as well as the number of places the players can be at once. But those are the only limiting factors. Once all the players have done everything they want, they release the pressure and flip from the Pressure Release deck to find out where the vacuum occurs. 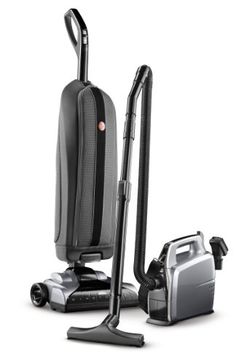 “But!”, I hear you say, “That’s still randomly deciding an important part of the game, which is that dumb made-up term you keep using!”. First, RUGRAT is not dumb. It’s great. You’re dumb. Shut up. Second, you’re right. Having to draw from the Pressure Release deck does not fit into our second goal of controlling the randomness. So how can we fix that as well?

So a player in Meltdown thinks the next vacuum might occur at the valve in Sector 7G. They move to Sector 7G and use whatever scrap they’ve collected to reinforce that valve. If a vacuum occurs at that value, an nonreinforced valve is damaged. If a vacuum occurs there, all reinforcements are removed. However, while reinforced, the players roll a die, adding 1 for each reinforcement (up to 3). On a 5+ the valve is undamaged. 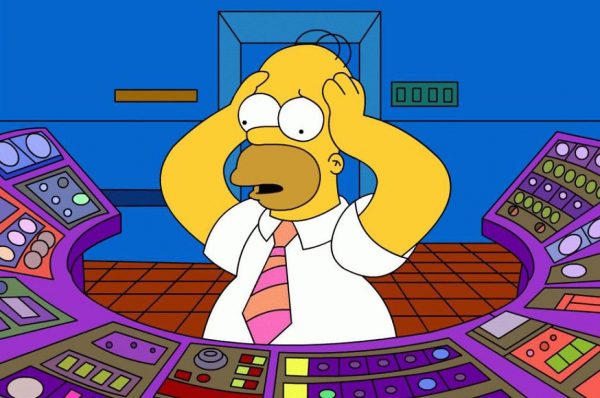 In addition to reinforcing various sectors against damage, players can ready themselves at specific junctions. From the nuclear core there are multiple paths throughout the whole system.  If a player is at a junction which is on the shortest route between the core and where the vacuum is about to occur, they can attempt to redirect the vacuum to a different location. This would be done with a dice roll to determine if the player succeeds in redirecting the vacuum or not. If they succeed, they draw an additional Pressure Release card and the vacuum occurs there instead. Additional redirects can be attempted, taking the shortest route from the first redirected junction to the new location for the vacuum. If the players are careful and lucky, they might be able to direct the vacuum to the Safety Exhaust Valve, which causes no damage to the system.

Similar to reinforcing Valves, players can reinforce Junctions, which will make it easier to redirect vacuums traveling through them.

Explaining in detail how these rules work shows off how we are fitting into our third goal of seeking risk versus reward.

A player attempting to redirect a vacuum would choose how many dice they roll, up to a specific number based on the game state. But more dice is not always better. Players are looking for a result on each die based on how damaged the system is. The more damaged the system is, the lower each chance of success. The player is looking for a certain number of successes based on how powerful the vacuum is.

For example, a player is attempting to redirect a moderate vacuum on an undamaged junction. Because the vacuum is moderate, the player needs 5 successes and because the junction is undamaged, they succeed on a 2+.  So they roll 5 dice and roll 1, 1, 1, 2, 2. A bad roll, for sure. The player can try again until they succeed enough times or they can choose to give up and fail, letting the vacuum go un-redirected. However, rather than just rerolls, Meltdown gives players options. 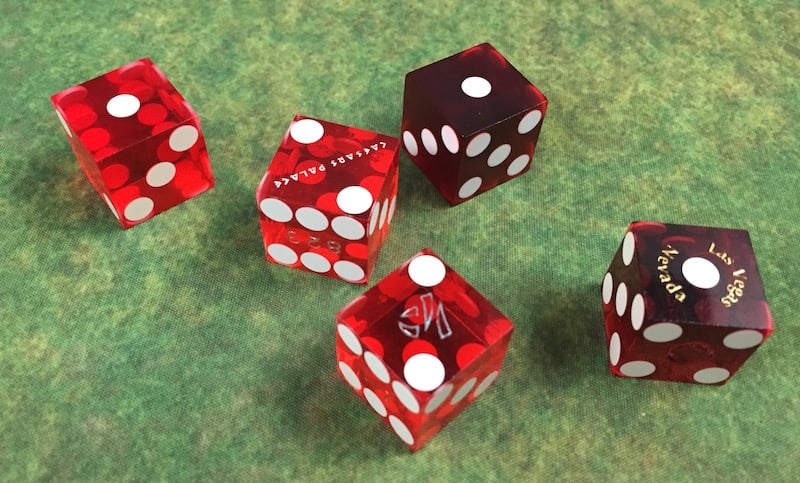 If the player reinforced that junction with their scrap, they can reroll 1 die and discard the scrap from that junction. If they don’t have any scrap there, they can roll additional dice for free. Rolling additional dice does not erase previous failures. So for each additional die rolled, the players have the chances of rolling additional failures. Once the player has stopped rolling, regardless of successfully redirecting the vacuum or not, the player totals their number of failures and, for each, damages the junction. As damage accrues on the junction, its chance of success becomes more difficult. If a junction is destroyed, it is unusable and causes additional damage to surrounding areas.

Meltdown completes our three goals because it gives players the ability to control the randomness in a lot of ways. First, it allows the players to control when the vacuum will appear at all. And second, once the players have made their initial Junction redirecting roll, they get to choose how to attempt to fix it. And third, it functions in a highly risk/reward sort of way. The players can push their luck with additional rolls, but if they are attempting to redirect a vacuum on a very damaged junction, they can keep trying but they might end up making things way worse if they accidentally break the junction.

Meltdown definitely seems like a game I would enjoy, thematically and mechanically. It still has a RUGRAT, the Pressure Release deck, which controls the pace, flow and difficulty of the game.  But because the game is designed around it, the players have a lot of control how much much influence the RUGRAT has. If one valve keeps getting hit, they can take precautions to make sure that valve doesn’t get hit again. However, it will thin their resources and manpower keeping that in check.

Lastly, I know Meltdown is a horribly inaccurate representation of how any sort of reactor works. So to anyone who has anything to say about how inaccurate Meltdown would be in that regard, “I know. It’s fine. It’s a game.”

Thanks for reading! See you next time!

So also, be honest. Who knew Games Workshop made a video game for the ZX Spectrum in 1985? 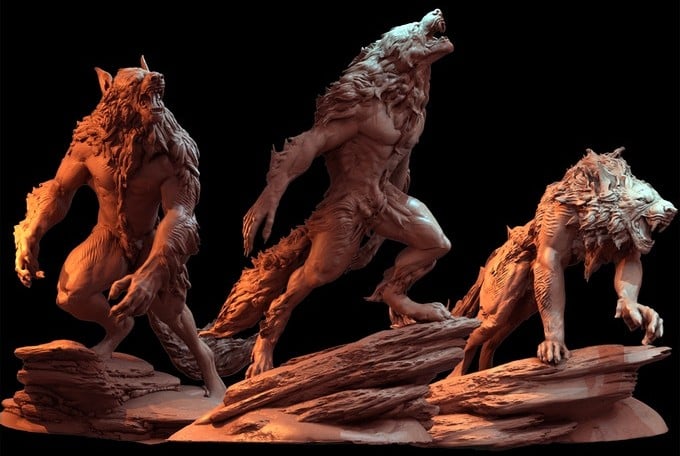