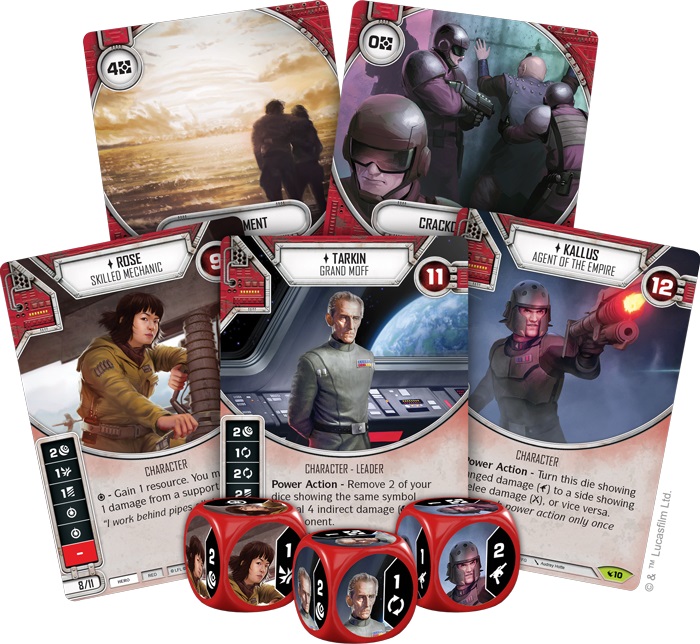 Tarkin, Finn, Rose and Kallus are just a few of the new Red cards previewed for FFG’s Star Wars: Destiny!

The Red cards and characters represent those who aren’t imbued with the Force (Blue) and they aren’t those who are on the Roguish side (Yellow). They are soldiers and commanders – they are the ones who fight on the front lines with blasters and ships. They put the “War” in Star Wars! Today, we’re taking a look a some of the new cards heading your way in the new Star Wars: Destiny Legacies expansions.

The Red Hero Cards of Legacies 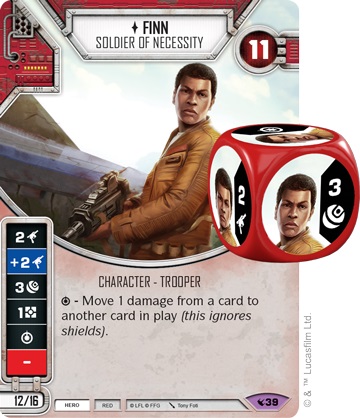 Finn is packing some decent ranged damage options and the new indirect damage icon. His ability also let’s him shuffle damage off of him to another card in play. 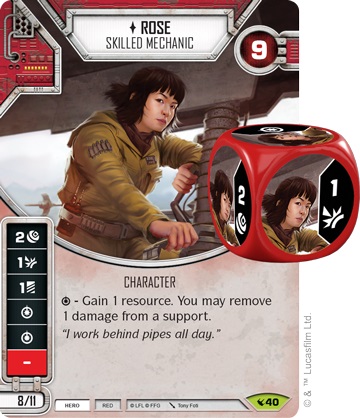 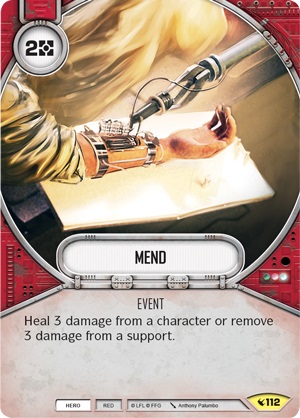 Mend is a new Event card that will help keep your forces in the fight. For 2 Resources you can heal 3 damage off a character or 3 damage from a support. 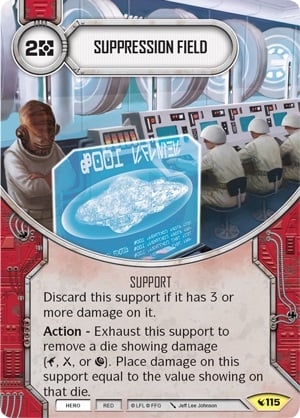 And here’s a card that you can use with Rose and Mend – Suppression Field allows you to cancel enemy damage die and put that damage on this card. You can then use other abilities to heal that damage. It’s almost like they planned that… 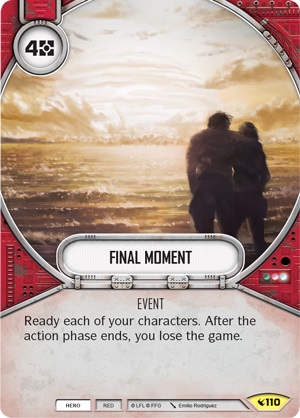 Final Moment is a massive risk vs reward card. When the chips are down and your only option is to “swing again” with you characters then you need Final Moment. You’re either going to clear the board and win or you’re going to lose after the action phase. You probably don’t want to play this one turn one. Just sayin.

The Red Villains Cards of Legacies 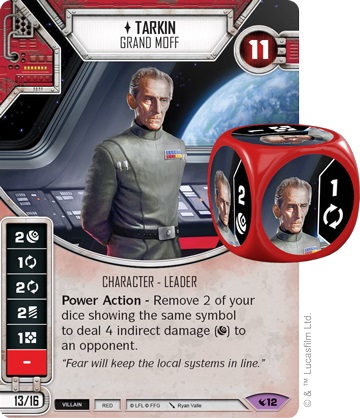 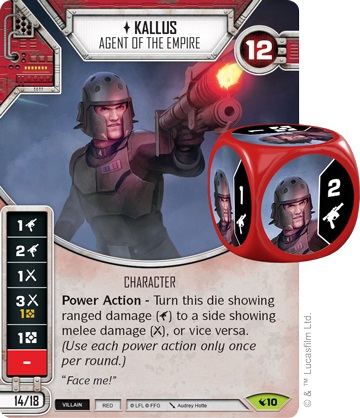 Kallus is a great switch hitter if you need it. He can go for Ranged or Melee and swap between the two. If you have a deck built around weapons Kallus would be a great addition to your deck. 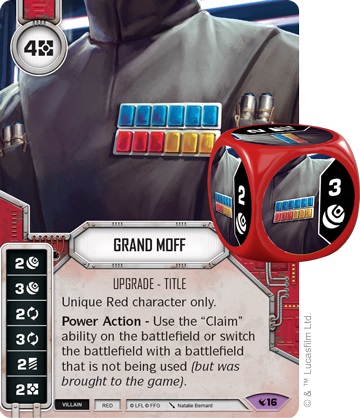 You don’t get to boss around Lord Vader without a sweet title and rank. Grand Moff is just that. With this card you can snag Battlefields, literally. Plus it’s got a ton of ways to help your deck out from indirect damage, to dice maniupulation (see Tarkin’s ability above), to opponent discards and resource generation. For 4 resources, it’s an investment, but it’s going to help out. 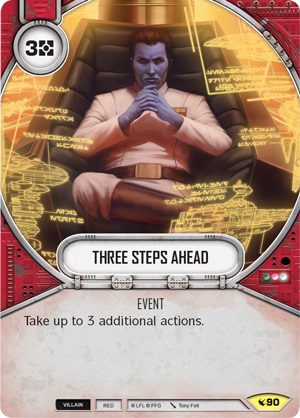 If you need to get the jump on your opponent Three Steps Ahead will help you do that. For 3 resources you can take up to 3 additional actions! You should be able to pull off some pretty massive swings on your turn for that investment. 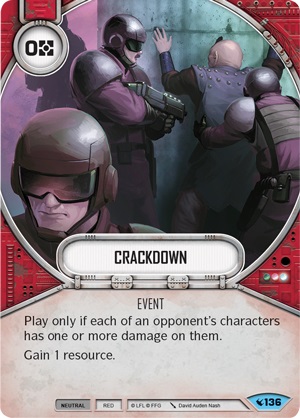 A 0 cost card that will net you a resource if the conditions are met. It’s “neutral” but it just feels villainous. This card would be more impressive if it was for each enemy character damaged, gain a resource. But it’s just “Gain 1 resource.” I don’t know about you all, but this card would not be super high on my list of cards to include in my limited deck. 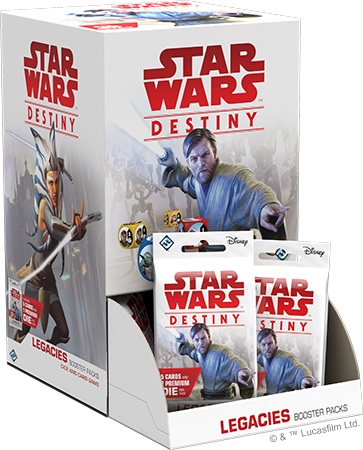 Is that…a Tarkin I smell?