The Daemons of Chaos are have spent uncounted years in the Warp so it’s only natural they have some cool toys!

All this week we’ve been digging through the Chaos Daemons Codex. We got a look at their Psychic Powers, some of our favorite stratagems from their book, and a selection of their Warlord Traits. Today, we’re taking a quick look at 5 of their Hellforged Artefacts! This is by no means all of their tools of war – just a handful of the ones we really liked. 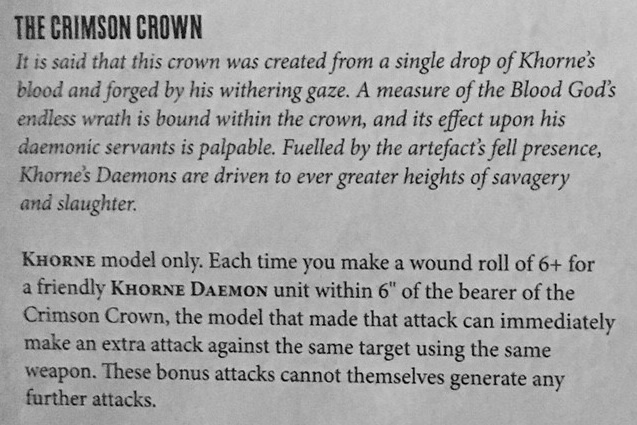 This is a useful Khornate piece of wargear that will allow Khorne Daemon units to get extra attacks. Now, Khorne Daemons have access to quite a few weapons already so we wanted to show off something that was a force multiplier vs something that is extra killy. Slap this on a Herald or Bloodthirster, get them in combat next to a unit of Bloodletters and chop them to bits! Just save the skulls. 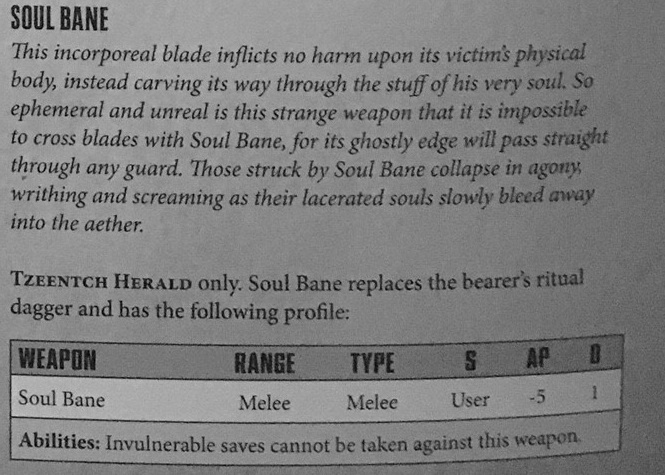 If you thought Tzeentch Heralds were only good for tossing out Psychic Powers, you’re only mostly correct. However, if you slap the Soul Bane on them, they can actually be pretty reliable damage in close combat. A -5 AP and the defender can’t take Invulnerable saves! Too bad it’s only strength user and 1 damage or it would be the best close combat weapon in the game! 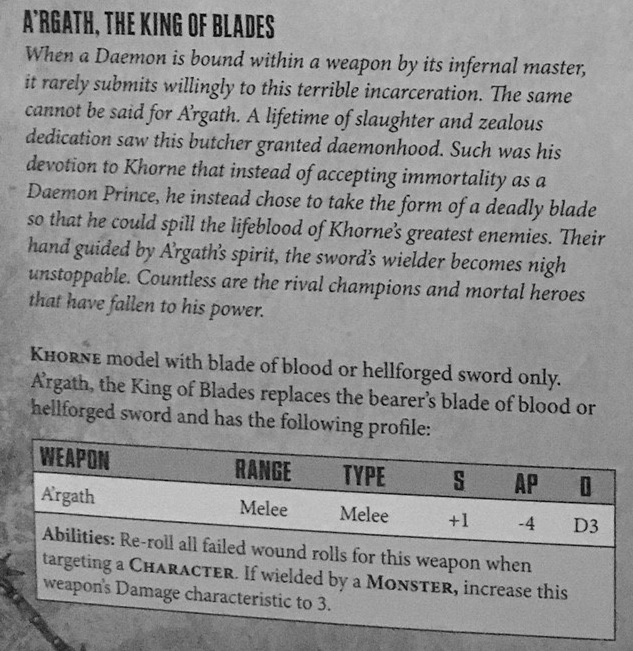 Well I did say that Khorne had access to some extra killy stuff, right? Well the King of Blades is exactly that! It’s a pretty fantastic close combat weapon replacement. Not only are you getting re-rolls to wound vs characters but if the wielder is a Monster, it also does a flat 3 damage! Gee, I wonder what monster could wield this thing… 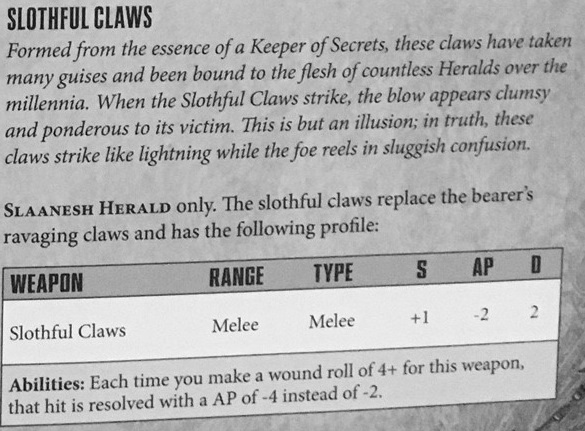 Oh did you think we had forgotten about Slaanesh? They have some cool stuff in terms of artefacts but we wanted to showcase the most dangerous crab-claws in the galaxy! The Slothful Claws become “Rending” on a +4! That’s pretty mean – and they don’t make you strike any slower. *SNIP SNIP* 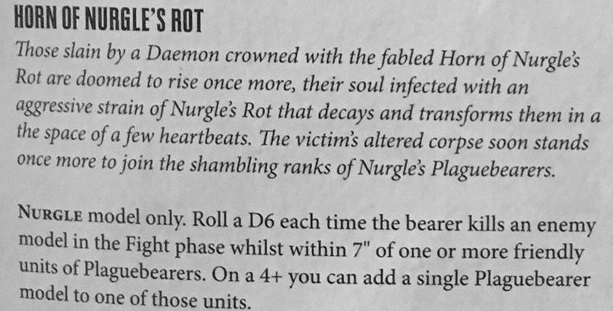 Nurgle’s been getting a lot of love with this release and while they also got some cool weapons, the Horn of Nurgle’s Rot is probably going to be more popular. With certain builds, it can become pretty bonkers. I can picture it now: Plaguebearers and Chaos Cultists hanging out with Poxwalkers. All of them in a cycle of death, rebirth and growth. An endless horde of Nurgle’s bounty slowly creeping over the tabletop, punching stuff in the face. Or deepstrike in a few trees and suddenly they aren’t so slow…

There are 15 Hellforged Artefacts total to choose from – are you ready to visit the army of the chaos gods?