It looks like with the death of the Age of Hope, things are getting a little more bleak and dark in the Mortal Realms. Perhaps grim even. Malign Portents has a new story available and it’s showcasing the wear and tear on the Stormcast. Turns out the “Reforging” process might have some unforeseen consequences on the Champions of Sigmar.

You can read the full story HERE. But the premise is simple: A city has been under siege and the Stormcasts have arrived to render aid. After defeating the followers of Nurgle they enter the town to discover that the majority of the inhabitants are already dead or rotting. The few remaining survivors aren’t exactly looking too healthy either. You can guess at what happens next.

There was a line that struck me as odd however:

“And it will not stop here. It will spread, village to village, township to township. Eventually, to the very gates of the Living City. That is the way of corruption. It cannot be tolerated or ignored. It must be burned out, root and stem.”

Whoa…are we going full on exterminatus here? Yes. The answer is yes. 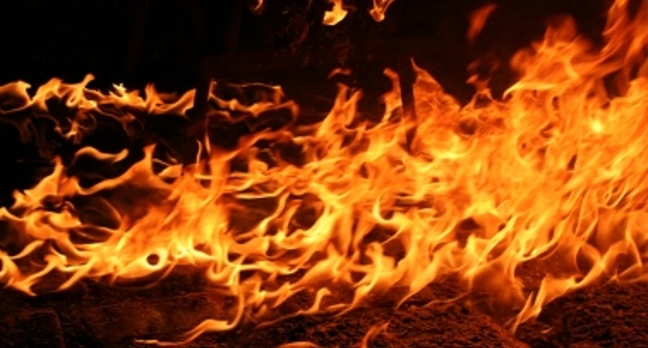 If you’d like to check out the previous stories you can do that online at the Malign Portent’s Site. You can read our recaps and view the videos on our site as well.

The Malign Portents event is starting to push the defined lines of the AoS Good Guy/Bad Guy dynamic away from black and white. Everything is starting to blur a bit as we’re starting to see the effects of battle wear on these Stormcasts. They are more cold and detached from their humanity than they ever were before. They are willing to sacrifice their humanity and the lives of others – people they were there to save – in order to stop the spread of corruption.

Now, that makes a lot of sense. They aren’t wrong or illogical. But they also didn’t try to do anything other than “destroy the corruption.” They aren’t exactly the saviors and liberators they once were. Could this be the price of war eternal? Has the Reforging process started to strip away what made them heroes to begin with? What are the long term ramifications of waging war like this, of being able to “die” only to be reborn to fight and die over and over again?

Between this concept and the idea of Nurgle vs Nagash is a “Life vs Death” struggle, I’m really looking forward to reading more about Malign Portents now. I can’t wait to see how GW fits in the forces of Destruction!

What do you think of the Stormcasts shifting more towards the “ends justify the means” in attitude? What about the rest of the Malign Portents?