This week sees the release of the third Light Warbeast, the Winter Troll, as well as the Gatorman Soul Slave and the Pyg Lookouts. Blindwater Congregation and Northkin continue their march. You’ll also be able to grab the latest No Quarter Prime, which has the full details on the Blindwater Congregation Theme Force. They’re a bunch of voodoo loving Gatormen who aren’t afraid to bind your soul or use blood, preferably yours, to get the job done.

So, whether you’re looking to grab a big smashy model or some sneaky scouts, you’ll want to fill out your force with the latest from Privateer Press. 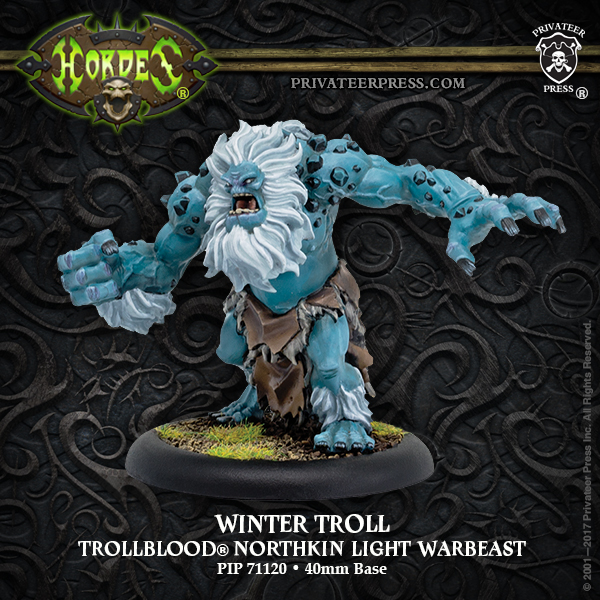 Long feared by all who dwell in the frozen northern regions, this fierce troll happily endures extreme cold that would slay most living things. At one with ice and snow, winter trolls expel great gusts of frozen air that rip foes apart. Even striking a winter troll’s flesh prompts a backlash of intense cold that paralyzes its opponents.

Gatormen bokors do not loathe death, as other creatures and their dark arts are sacred rituals. The dank powers of death rise steaming from the swamps and can be bound into dead flesh, harnessed to augment the cold-blooded warlocks leading the Blindwater Congregation. Bereft of thought and suffused with necromantic power, the Soul Slave serves as a conduit for the will of its master. 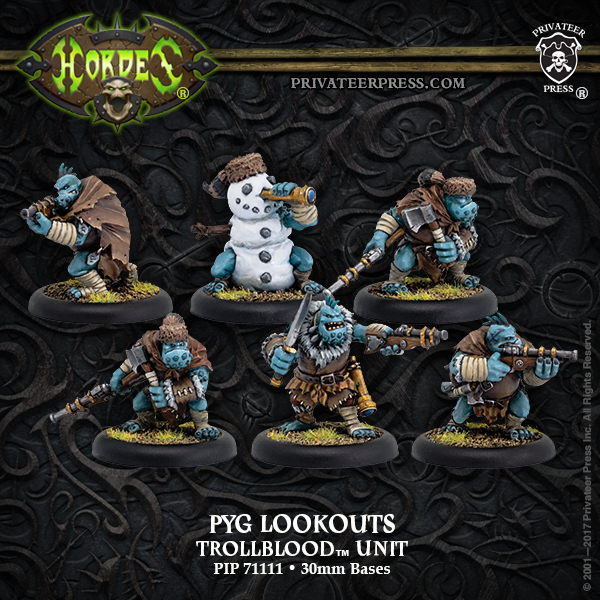 Pygs make for particularly effective lookouts. The pygs’ natural hardiness and adaptability to the elements lets them stay in the field for an indefinite period. They have keen eyes and can spot approaching forces from a great distance. When battle begins, their size allows them to sneak about at the fringes of conflict and lie in wait unseen.

Lookouts isn’t just the name of the unit, it’s also what they shout when you engage them in close combat.

Pathfinder: Have Faith with Disciple's Doctrine 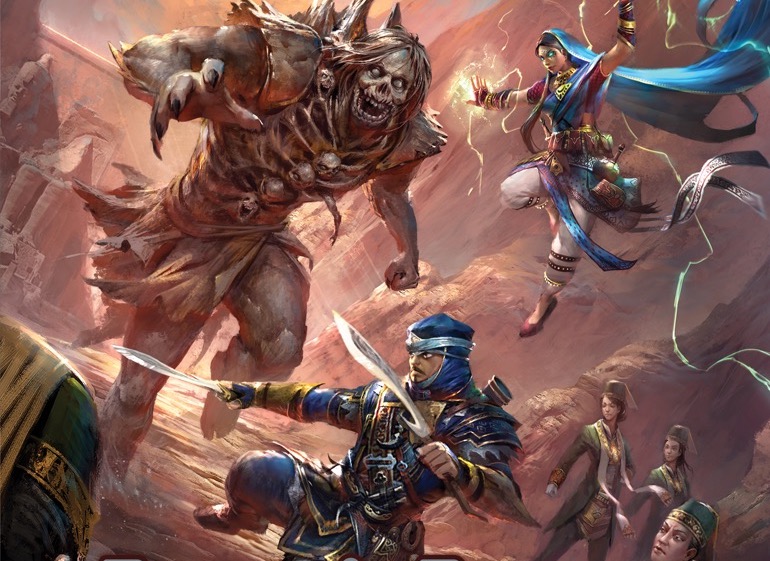