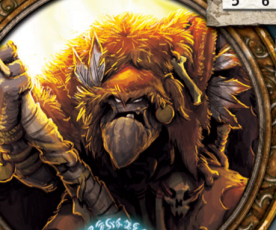 The Northkin trolls’ new warlock is out. Lets check out the icy caster today.

Kolgrimma is the new frigid Northkin Warlock for Trollbloods. Kolgrima is a support caster enabling her models through tricks of ice and movement buffs.
With the combination of clouds and her Feat she can severly hamper the enemies plans. If you want to experince some dark power and see how the cold effects your enemies, Kolgrima might be the warlock for you. 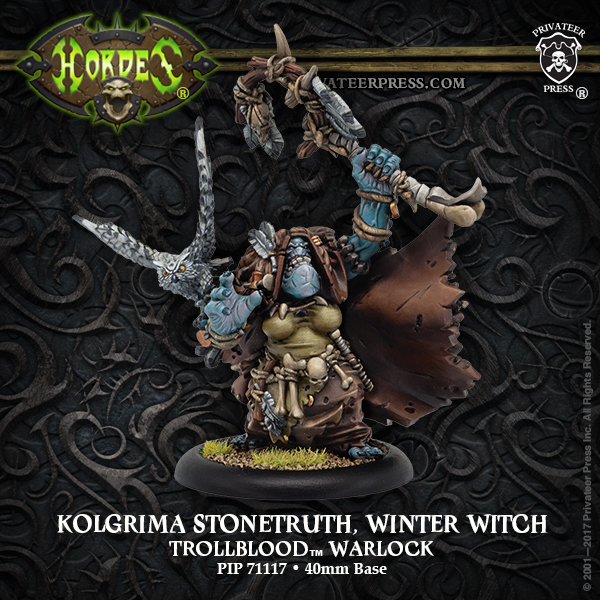 Cursed Fate: Great for killing high armor 1 box models.
Freezing Mist: Blocking charges to heavies is great utility for trolls.
Hunter’s Mark: Not having to take Lynssa will free up points while still maintaining the long threat.
Vanish: Useful to score zones or get farther back after feating.
Winter’s Tide: Sp10″ with the ability to stationary. 18″ threat with Vanish can make casters weary.
Dark Power: Easy ways to get that hunters mark or stationary crit off.
Feat(Snowblind): Enemy loses it’s cool buffs and gets pushed 2″. It is not as debilitating as Axis’s feat since you don’t lose speed but, it can win the scenario game if the enemy is only toeing the zone. 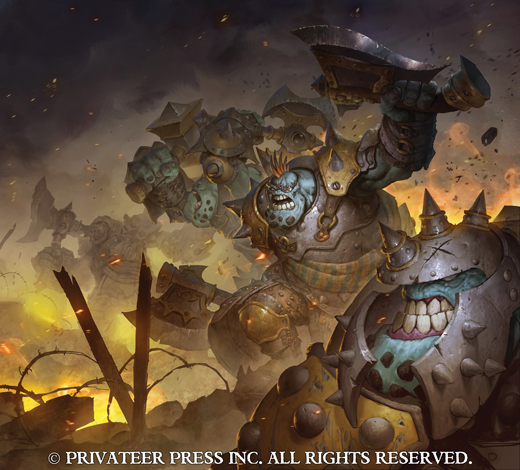 Kolgrimma is a Northkin warlock so it is only fitting to run her in the Northkin theme. This list gives you speed with the Axer’s rush on the 2 Maulers and some tanky units to hold zones with champions and the Krielstone. Kolgrimma can snipe out annoying models with her 10″ spray while staying safe behind the line.

Kolgrimma plays similar to Doomy1 using her troops to control the line and eventually grind for a win. She isn’t to overbearing but does have a new trollkit for troll players to try out. With Rush and Hunter’s Mark a Mauler’s threat range is respectable.

~What do you think of Kolgrima? Please share in the comments below.

Author: Revenant
Revenant is a veteran tabletop wargamer with over 10 years of experience. His specialty is Privateer Press' Warmachine & Hordes gamesystem. He began writing for BoLS in 2009.
Advertisement
Review Tactics Trollbloods Warmachine-Hordes
Advertisement