Pimpcron: Our Demands For Plastic Sisters of Battle 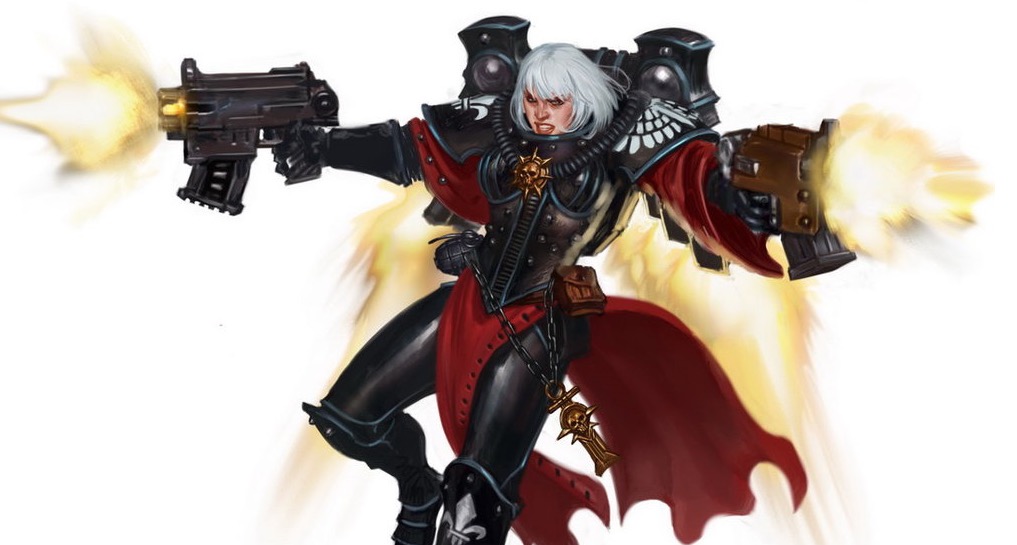 Now that GW is listening, it’s our time to lay it all out for them.

Well, smack my face plate and call my Pimpy. Your favorite Pimpcron is back this week with important information! They just announced new plastic Sisters of Battle in 2019! I am all aboard the Hype Train and so excited! But they’ve only got one chance at this so, they really have to make it good. No mistakes, and no mess ups. So I’ve outlined what they need to do to make SoB perfect!

First and foremost, Sisters CANNOT have boob-plate armor. If you don’t know what I’m talking about, it’s where a woman’s armor accentuates the shape of her breasts. This is a touchy topic among my Facebook circles and is hotly debated. I say, don’t put any boob-plate armor on these gals. They need to be strong, independent types that don’t need no man. They need to be bad ass, and tough. In fact, I’d be happiest if they had no curves at all, and didn’t even resemble female humans in the least. We all know that showing any female features in a solider model is a sign of weakness, according to some people. I will be so mad, my rage will consume me if they have boob-plate armor.

Well, wait a second. No, women are strong people and proud of their physique, so maybe we should show them. I mean, that is a pretty pronounced element of many women.  My mom is one of those women-type people and she can still kick my butt. Come to think of it, I married a female, and even spawned three new ones. They are all quite proud to be female, and I don’t think they’d be offended by Sisters having some shape. Maybe we should make them less of a featureless model that could really be either man or woman, and more of a proud-to-be-woman type of soldier. Yeah, maybe we should include space for the breasts in the armor because they want to show that they are proud of their selves. And maybe it would be a bit comfier to have some room up there for certain parts. Okay, I guess I’ll fly into a rage if they don’t have boob-plate armor. No, well yes, ah. Darn.

Okay, they can have a little boob-plate armor but not too much; don’t sexualize them. Make it apparent they are women, but they don’t have to be sexy and cute. Ya know what? I figure I’ll just fly into a rage either way they appear, and I’m sure you all will too. Next topic.

Sisters Need To Be Over Powered

After literally decades of neglect, the Sisters of Battle need to just fly in and mortal wound the crap out of everybody. I’m talking turn-one army wipes. I think we all can agree that all the non-sisters armies have earned their comeuppance. Those poor, (apparently rich) Sisters of Battle players need some reparations up in here. Lightning should shoot out of each Sister’s finger tips, and fire out of their mouths. Nothing in this army should be less effective than AP 2, Damage D6. I won’t buy these models at all if they aren’t dripping with brokenness; I’ll boycott the operation. 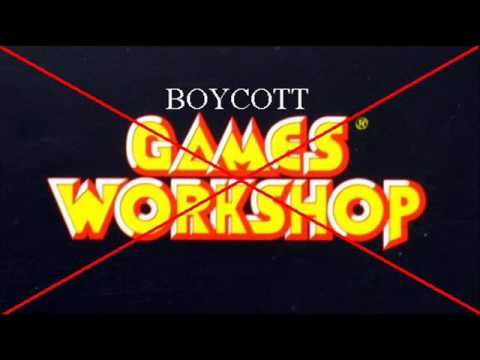 That’ll make them listen to my increasingly aimless demands.

Eh, maybe I should rethink this. I mean, I don’t want them completely broken. They need to be reined in a bit if that is the path GW intends to take the ladies. Gosh, that would be pretty terrible. These women finally get a codex after all these years and nobody would even want to play against them. All the tournaments would just be SoB vs SoB annihilating each other. Okay, calm down GW, don’t go all crazy on us. I’d rather have a well-balanced codex with some nasty options. If they’re a little edgy on their Power Level, I can’t really complain, but let’s not get carried away. If they are either too weak or too strong I will boycott.

Not Too Much, Not Too Little

So I’m basically saying that I think we can all agree that SoB is an important release, and it has to be perfect. It can’t be too much of any one thing, but at the same time it can’t be too little either. I’ll just stand up right now and say what we’re all thinking: If this new plastic model line doesn’t exceed our very-clear collective expectations, we will all have a hissy fit. If even one thing is out of line, we revolt. If life has taught me anything, taking plastic miniature models as serious as all the other crazy stuff happening in the world (that you completely ignore) is completely acceptable. In fact, we should scream, cry and wail if this isn’t more than perfect. You were all thinking it, I just made our demands crystal clear.

So there you have it, a simple solution that will make everyone happy and nobody can complain.

Oh who am I kidding? We’ll all complain, and then buy the models like we always do.

40K: Have We Just Seen A New Ork Miniature