Another classic Investigator joins the fight against the madness in the upcoming Deluxe Expansion for Arkham Horror: The Card Game. Father Mateo heads to the tabletop and he’s bringing more than just his faith with him.

Father Mateo has been a popular Investigator in other Arkham Horror Files games. He recently appeared in the Eldritch Horror Expansion Masks of Nyarlathotep as well. He is a man of faith who had a run in with the Cult of Yig. The ugliness that he saw has rocked him to his core. Will his faith sustain him or will he falter when the time comes? That’s the ultimate question for Father Mateo.

Father Mateo On The Table

Father Mateo is a Warden of his faith, and as such he abhors violence. He would prefer not to raise a hand against another creature if it can be avoided, and therefore, he only has a combat of two. Instead, his strength comes from his religion. Mateo believes that God will protect him from evil, even as he fears what may come, which equips him with a willpower of four and eight sanity. With the Lord as his shepherd, Father Mateo is prepared to face any blasphemous beasts that rise from the depths of Hell.

Stat wise, Mateo brings 4 Will Power to the game as his main stat – representing his faith. Unfortunately all that “turning the other cheek” means his fight value is his low stat at 2. He’s got an okay Lore and Agility with 3s in each. His unique ability is pretty amazing however. Once per game you can turn a “tentacle” token (which is typically an auto-fail) into an “Elder Sign” token (which is typically an passing effect with a bonus for players). That alone can save you the game! The trick will be when you choose to use it. As a once per game ability it’s a risky play to “spend it” on a random check when you really need it. But it’s also dependent on drawing the tentacle token – which may or may not happen again.

Another unique ability Father Mateo brings is the new keyword seal. When a card with seal enters play, players must pull out the corresponding Chaos Token from the bag and place it on the card. This seals the token away – and out of the bag – for as long as the card is in play. 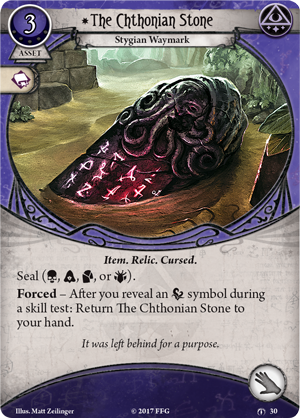 This has the potential to really tip the odds in the Investigator’s favor. Personally, I really like this mechanic as it can be used to manipulate the Chaos Bag which is something you can’t typically do. It’s a passive buff for the entire party and even if you don’t think you benefit, you really are – mathematically at least. 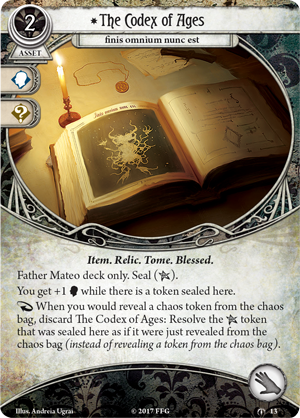 Mateo’s Personal card is The Codex of Ages. This book allows you to seal the Elder Sign Token from the Chaos Bag. While it’s seals, Mateo gets a +1 Will Power. However, that also means your party won’t have access to the Elder Sign – that could be bad. The good news is that if your party does pull a Chaos Token you can choose to activate the Codex and resolve the Elder Sign instead. You have to discard the Codex (and lose your +1 Will Power), but your ally will pass the check. The Elder Sign token then goes back in the bag.

On the flip side, Mateo’s personal weakness is the dreaded Serpents of Yig enemy. This enemy seals the Elder Sign token away when it’s in play and hunts Father Mateo. 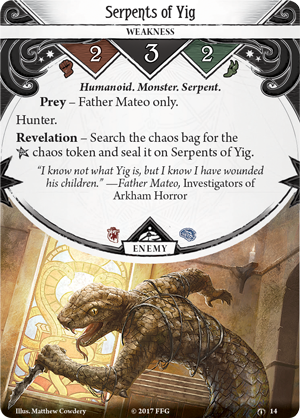 The Forgotten Age is up for Pre-order now!

*The artwork looks like it could be based on the Codex Gigas which is a medieval manuscript also known as “the Devil’s Bible” due to a full page portrait of the devil. Someone at FFG did their home work! 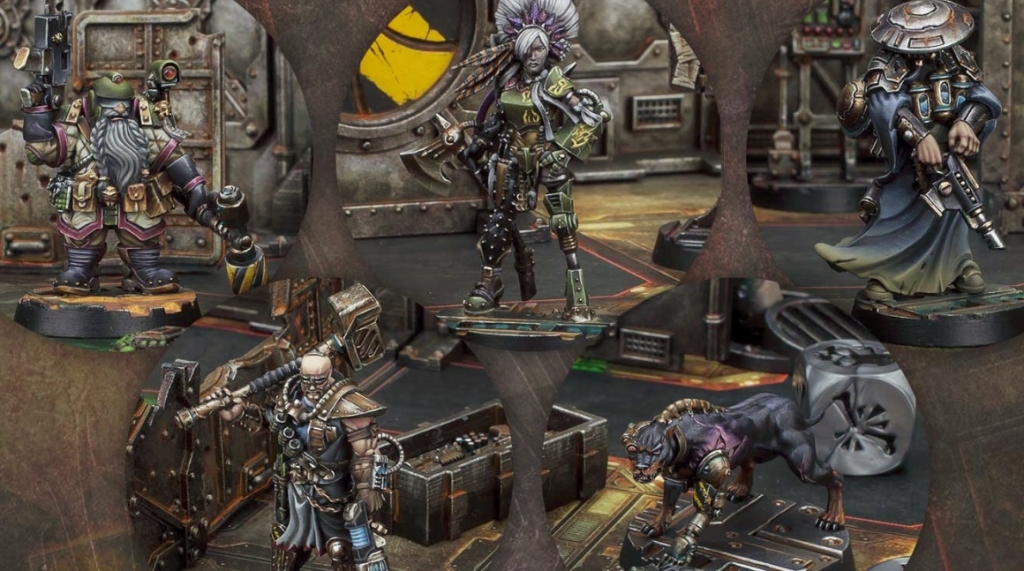