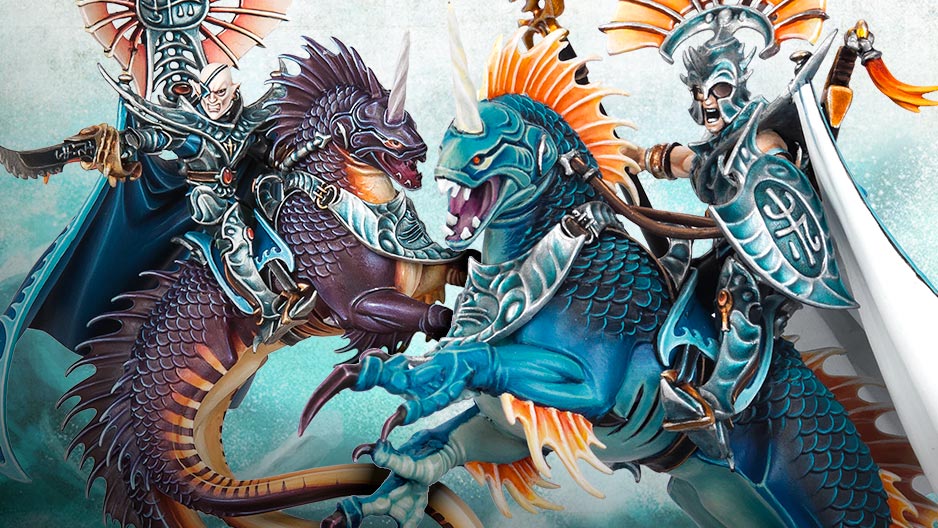 The next wave of the Idoneth Deepkin are making a splash – Pre-orders for wave 2 are live now. Come see what heading your way! 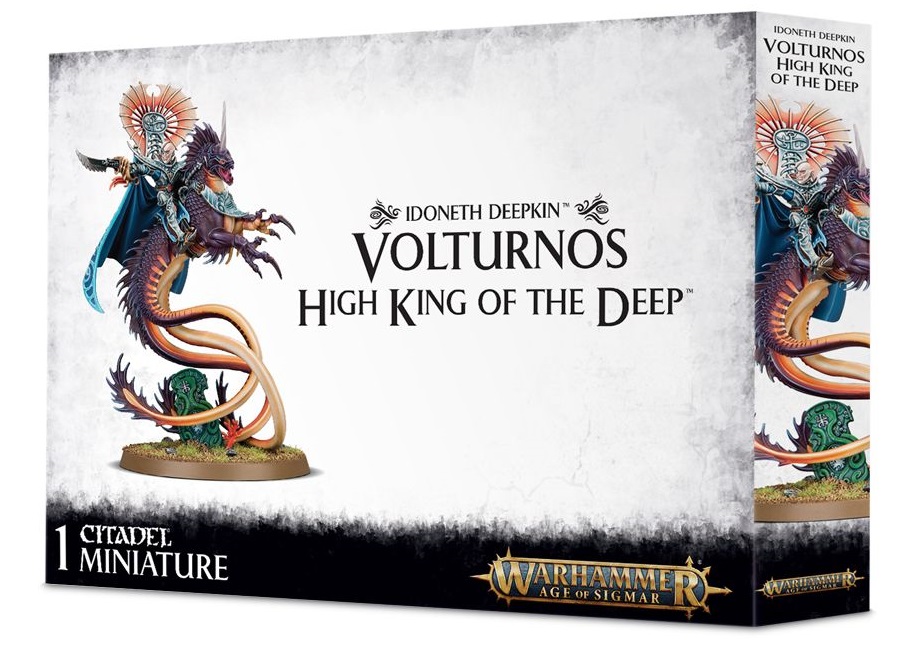 He was the first of his kind, and is the last of the Cythai still alive. All Ionrach bow before him, their one acknowledged leader, the eldest and greatest of their race. He is Volturnos, High King of the Deep, and he holds undisputed authority at the Idoneth’s assembrals. He rides to battle atop his Deepmare Uasall, and sends a surge of pride coursing through all who fight beneath him. A leader of legendary status, it is said that none can read the flow of battle better than Volturnos. He carries a sword known as the Astra Solus, which cuts through armour with ease, leaving a blazing trail of luminescence; and a shield which can swallow hostile magic, rendering it null – Volturnus is not content to lead his troops from afar. 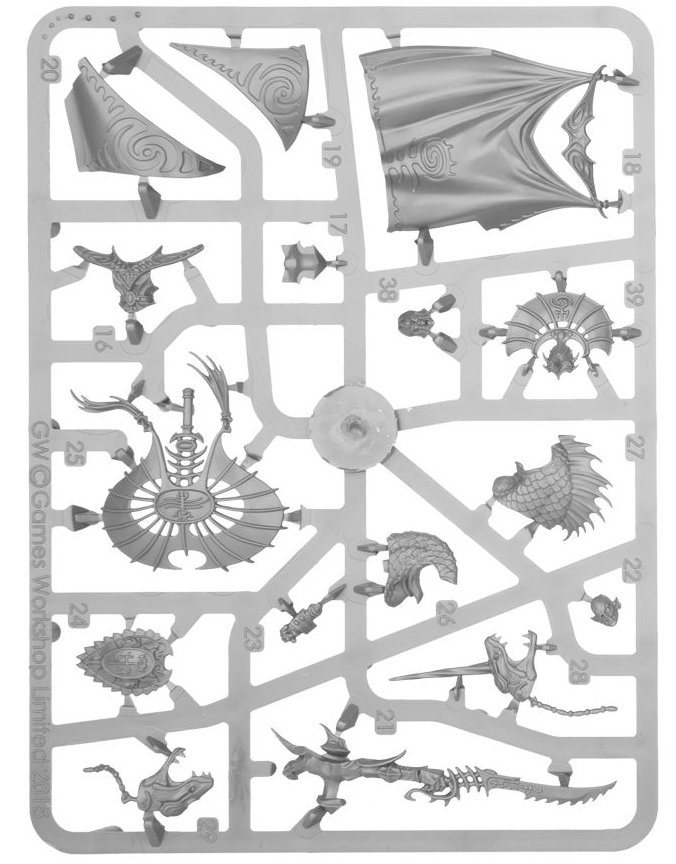 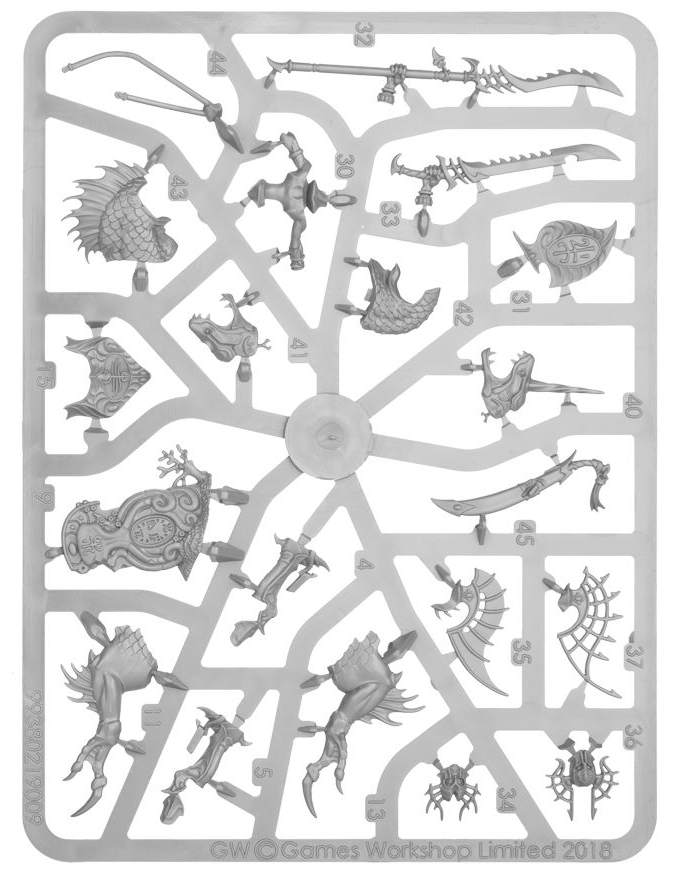 This multi-part plastic kit contains the components necessary to assemble Volturnus, High King of the Deep. Very much prepared for war, he wears splendid, heavy plate armour – of particular note are the leg and shoulder coverings, which extend far further than his actual shoulders, providing support for the enormous, wide cloak which billows outward and downward, featuring Idoneth symbols at the edges. In his gauntleted right hand he holds the Astra Solus, a wicked-looking serrated blade, and in the left hefts Cealith, the High King’s shield. Above his shaved head (complete with eyepatch!) is the Crest of the High Kings – a tall, majestic banner with carved metal Idoneth symbols and a large jewel featuring prominently. His mount, Uasall, is a Deepmare of renown – a massive, scaled creature whose forelegs end in huge talons and whose rear half splits into 3 powerful tails, distinguishable from other Deepmares by his larger piercing horn. An aelven waystone is included as an atmospheric piece of detail for the base. 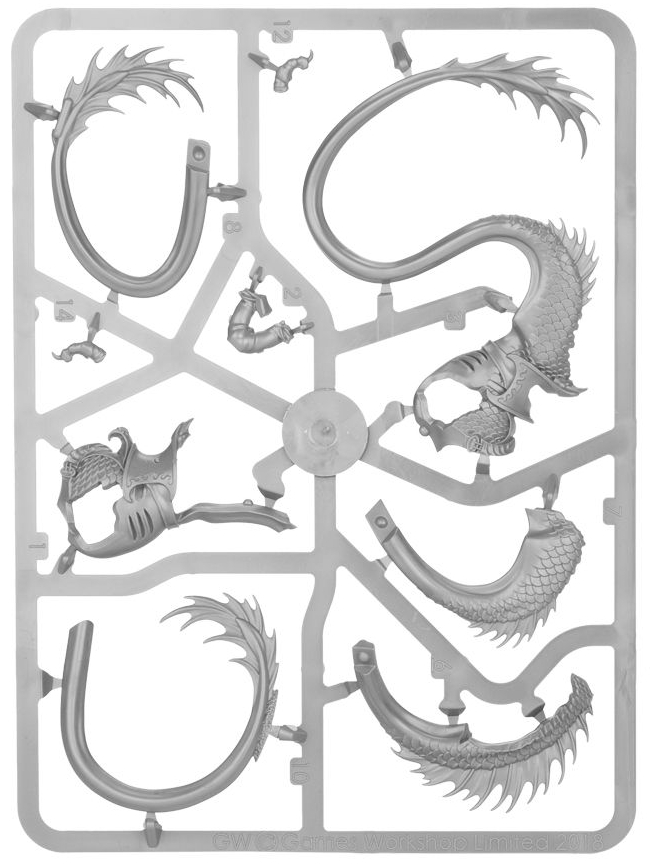 This kit comes as 45 components, and is supplied with a Citadel 60mm Round base. The kit can optionally be used to assemble an Akhelian King. 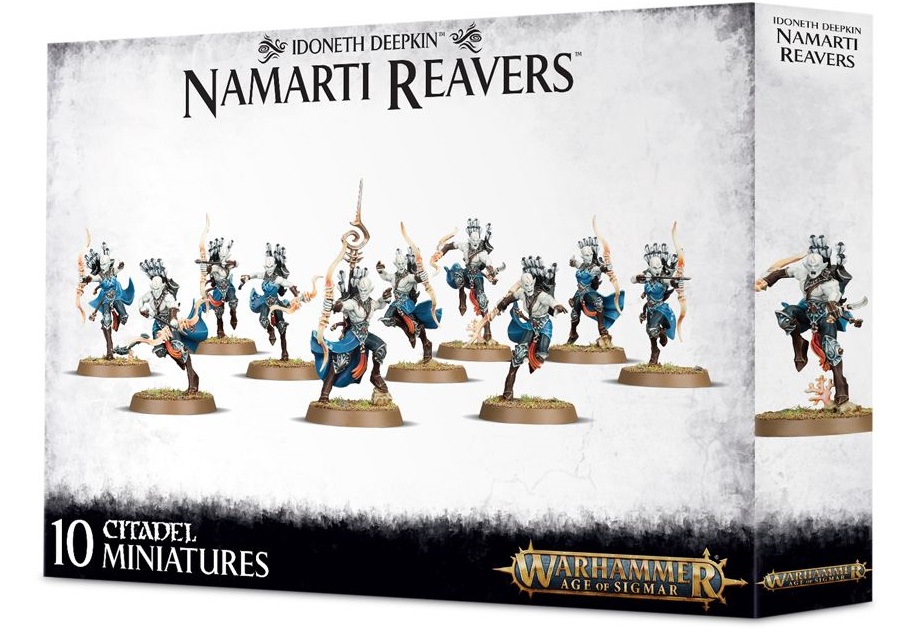 Namarti Reavers provide the archers and scouts for the Idoneth Deepkin phalanxes. The Akhelians recognise the need for reconnaisance, picket forces and massed missile fire, but regard such duties as beneath them – thus, the Reavers are assembled from the quickest and lithest of the Namarti. Their weapons training concentrates upon how to swiftly aim and fire the silent whisperbow, as well as how to defend themselves with short keening blades designed for stabbing. In battle the Namarti Reavers move quickly, probing defences, seeking out vulnerable quarry and harrying the enemy’s most formidable war assets, providing a distraction as the Akhelians line up their devastating charges. 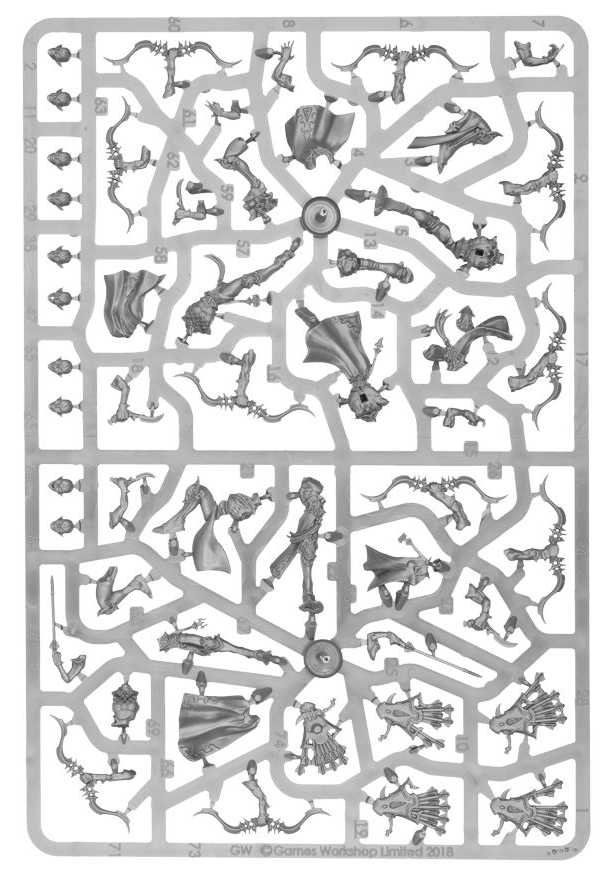 This multi-part plastic kit contains the components necessary to assemble 10 Namarti Reavers. Clad in less-ornate armour than their commanders and superiors, as befits their withering souls and disposable nature, they still cut impressive figures – each is powerful and muscular. 10 heads are included, which are interchangeable – each is hairless and blind, with blank, empty sockets where eyes should be. There are choices in the way you can depict them – 10 pairs of arms holding whisperbows are included, each specific to a torso, with a further 10 alternative pairs holding whisperbows and keening knives. There are options for an icon bearer – this model is distinguished by their back banner, a huge wrought Idoneth Thrall rune which towers over them from behind. Included is a decorative component for one of the bases – a long, sinuous eel with bared fangs and a distended jaw, ready to strike. 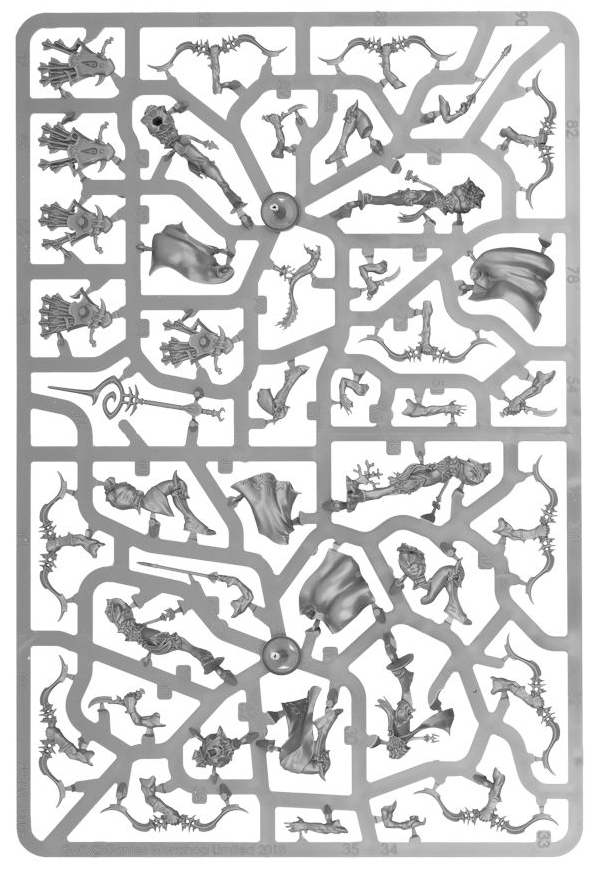 This kit comes as 93 components, and is supplied with 10 Citadel 32mm Round bases.