40K Lore: The True Power Behind The Waaagh!!! 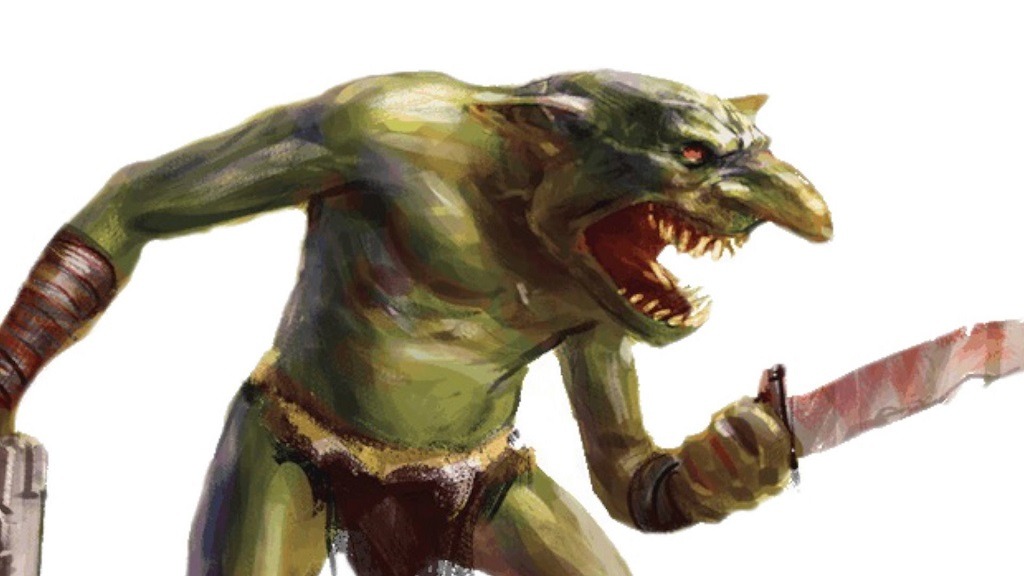 Today Loremasters, we take a look at the true might behind the Orkish Waaaghs!!! Behind the power klaws and ramshackle vehicles that shouldn’t work but somehow do, we look at the true power of the Horde: the unlikely Gretchin.

Gather ’round Loremasters and Loremaster-initiates, today we’re going to discuss the power of the Orks. It’s not their weapons. It’s not their fury. It’s not their might, nor is it their propensity for firing weapon after weapon without regard for enemy return fire or location–such discipline might be noted by those of you attached to Militarum regiments, though the Munitorum has much stricter firing discipline, and would prefer that no actual ammunition be expended. 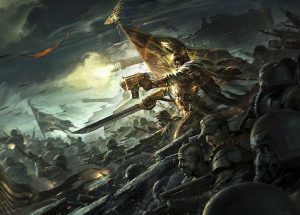 Nothing that can’t be solved with a good bayonet charge

Nor is it their numbers–for numberless foes shall fall before the might of the Astra Militarum’s legions. The true power behind the Orks’ advance in the face of the darkness of the Cicatrix Maledictum and the encroachment of the Tyranid’s hive fleets, is the humblest of creatures, scampering out in front of the Orkish battlelines as cannon fodder, serving as backup technicians–the Gretchin are possessed of low cunning, and a survival instinct that allows them to thrive within the ranks of the larger, brutish Orks. This adaptability, and an intellect, which while subpar and meager compared to a humans, vastly outstrips any other Xenos species’ mental faculties–is what makes them such a dangerous threat. If left unchecked, they would stage an uprising that leaves the galaxy in turmoil. 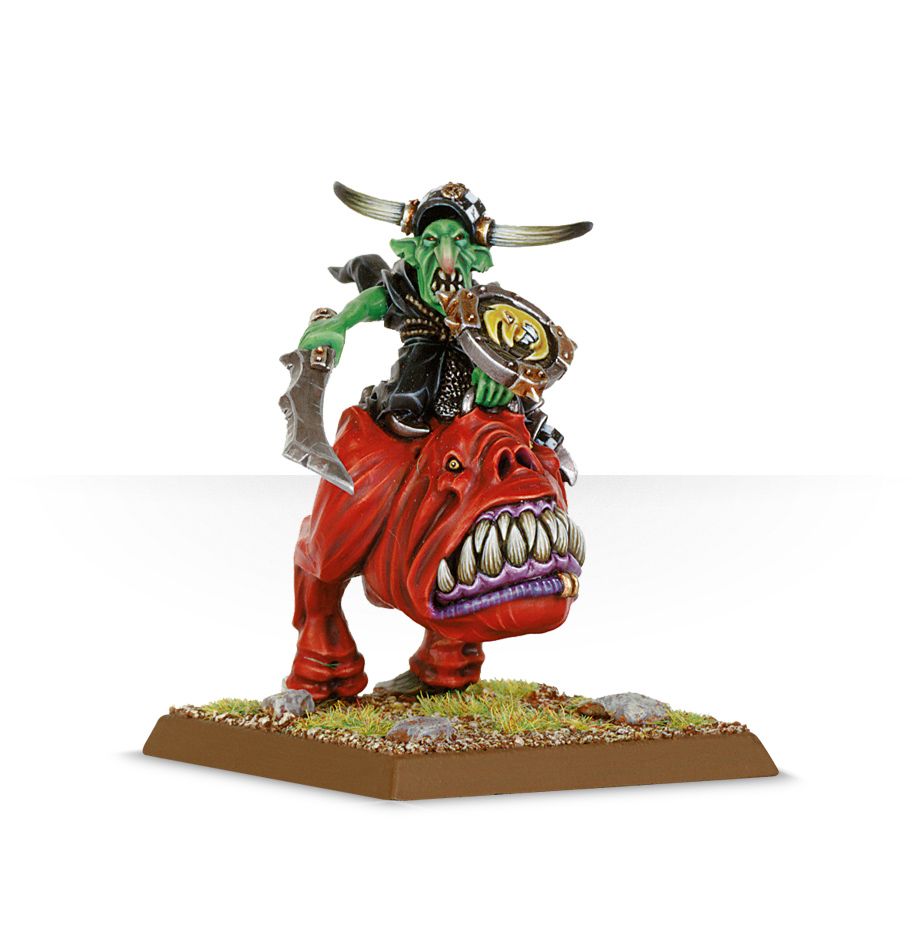 Emperor Protect us all if they should somehow master Suiggly Beasts.

Fortunately, they are for now, kept as mere cannon fodder by their brutish “masters” though, as we’ll show, I imagine this is simply a plot by their devious minds to ingratiate themselves into all levels of Ork society, making the larger Orks dependent upon them before delivering their masterstroke and assuming their rightful place as masters of Waaagh!!! 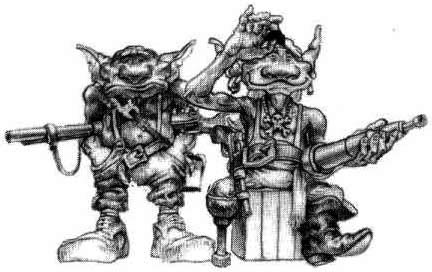 Gretchin, Grots or Runts are a lesser Orkoid slave race who do the menial tasks which Orks consider themselves above. With a similar physical structure to Ork but are much smaller and weaker. They have short runty legs and grasping fingers to employ their greatest skill, low cunning. They are far more numerous than Orks and have large bulbous heads with tattered ears which flatten when they are scared. They have sharp fanged jaws which are their best physical weapon. They have an excellent sense of smell, hearing and they have effective sight in the dark. These traits aid their self-preservation allowing them to survive in the dangerous Ork society. Some Gretchin have even developed a sixth sense of sorts, or a natural ability to be far more fortunate than they have right to be. 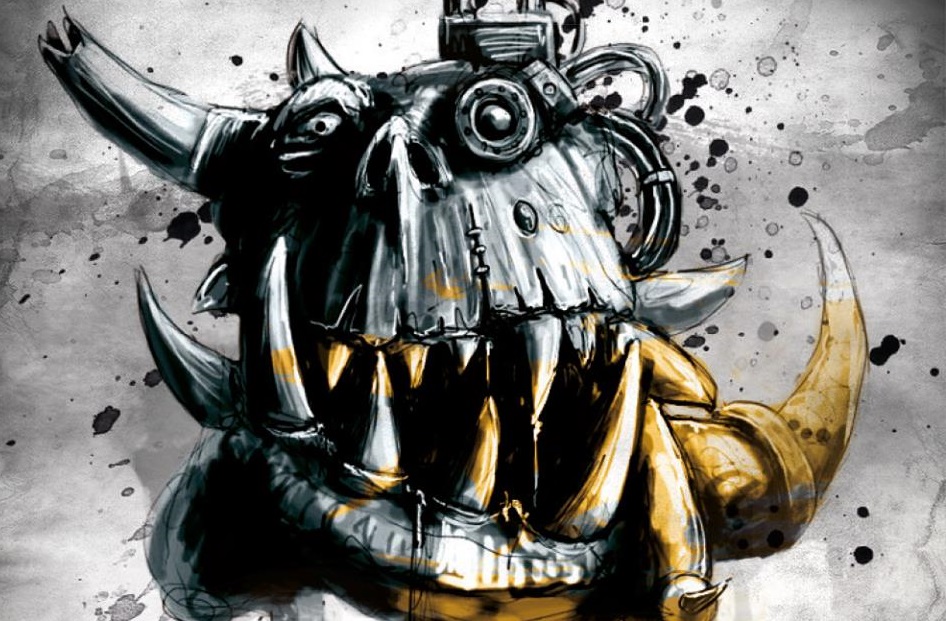 Individual Gretchin can enjoy a relatively comfortable existence by providing valuable services to their Ork masters. Most Grots are owned by Orks as personal servants, though some gather together into loose tribes that may even own functional weapons and equipment. The Gretchin have created an entire enterprise culture of their own within their Ork-dominated society. Many Gretchin operate their own black-market businesses on the side, such as selling fungus-beer, roasting squigs on sticks, coordinating the bets when a fight breaks out or looting corpses for fun and profit. 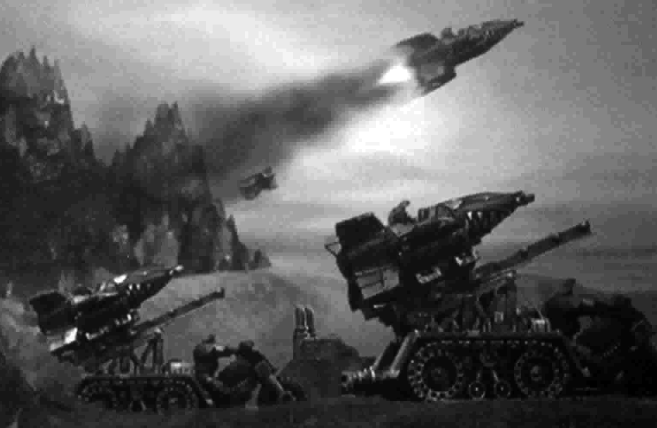 Far more terrifying, though, is what happens when the Gretchin rise to prominence. For that we need simply turn to the Gretchin Revolutionary Committee, or the GRC, as they came to be known.

The GRC has its roots in the tag system introduced for Grots on Gorkamorka by the Mekboyz. The tag system stipulated that you can only get on board once the big Waaagh! starts if you only have a tag. As Grots do not receive tags, many Gretchin considered this unfair. Though they slave away for the Orks and are abused, the prospect of never leaving on the great Waaagh! was the final straw. As soon as word got out about the tag system, Grot revolts began all across Mektown. The Gretchin rioters had many slogans, such as “Tags For All!”, “We’z all Green!” “What da we want? TAGS! When do we wannem? NOW!”, “Equal Rides”, and “Meks are Skum!”. The Meks and their enforcers tried to put down the initial revolts, and many Grots were herded into pits and never heard from again. However, the Mekz could not quash the spirit of Gretchin revolution that had broken out and things soon escalated out of control. One day, the Orks discovered that the Grots had stopped working and were on effectively on strike. 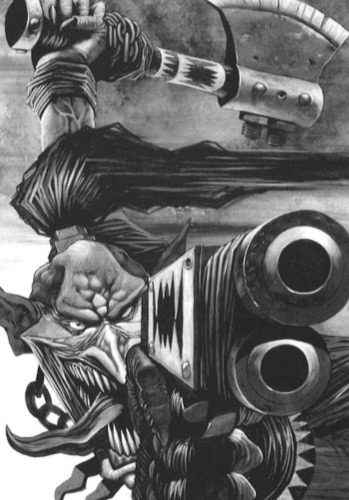 The striking Grots engaged in the “March to Freedom”, demonstrating across Mektown and calling for “equal rides” for the Gretchin. After tense negotiations with the leading Mekboyz of Mektown, the situation broke down when a group of Orks attacked the Gretchin demonstrators. This was a foolish action for the Greenskins, as the roar of revolution erupted across Mektown. Though physically superior, the Orks could not deal with the overwhelming numbers of Grots. Mektown became a series of running battles, with Grots laying in wait in slophouses and alleys to ambush Orks. In the end, the Orks superior firepower allowed them to prevail and the Grots were beaten back. The rebel grots made their way back to Skid Row, the Grot center of Gorkamorka, in an event long as the Long March. Facing Ork attacks, freezing cold, and whip scorpions, many Gretchin died on the grueling trek. Once in Skid Row, the surviving Grots vowed revenge against their Ork cousins. They organized themselves into a revolutionary army, led by “Da Kommittee”.

As you can see, this situation is but a microcosm of how precarious Ork society is at large. Again, the dangers of the Gretchin are not to be underestimated. Let the thought of a Waaagh!!! headed up by Gretchin keep you thankful that the Emperor Protects.

We shall keep our eyes on the encroachment of the Waaagh!!! that seems to be afflicting everyone lately, perhaps this is a psychic phenomena, hopefully it will soon pass and we can all return to loyally venerating the Emperor.

Author: J.R. Zambrano
Bell of Lost Souls Staff Writer and DM, J.R. covers RPGs of all stripes and on occasion eats sandwiches. You can ask him about either at [email protected]
Advertisement
Editorials Lexicanum Lore Orks Warhammer 40k
Advertisement