It’s a Crucible Guard kind of week from Privateer Press. Amid their smashingly successful Omega Protocol Kickstarter, the Crucible Guard are rolling out more of their forces, though first they’ll have to get past Menoth’s Hand of Silence. It’s a Rocket-filled Release this week, so let’s dive in.

The Hand of Silence rides alongside the armies of the Great Crusade, but his path is set by Menoth’s will. On his steed Alban, he thunders over the battlefield, directing the spirits of the faithful to their place in the City of Man. As a widely recognized member of the Reclaimant Order, he stands ready to scorch unbelievers or strike them down with his weapon, Usher. The Hand of Silence cares little for the fate of these misguided souls. 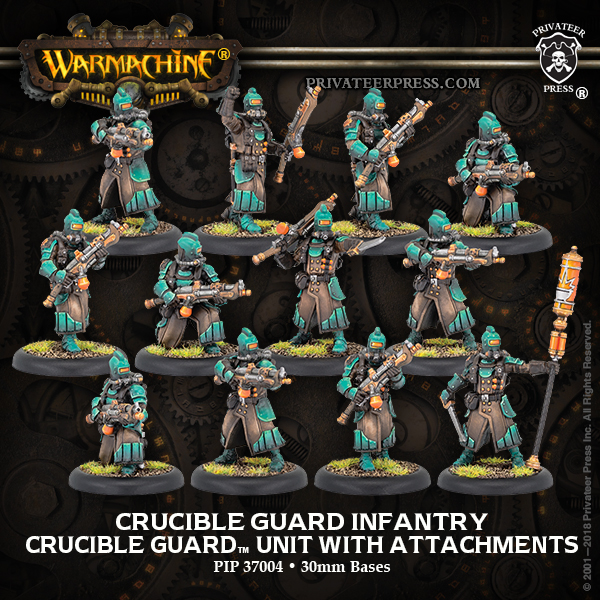 Infantry has been a core element of the Crucible Guard since its inception, with each new generation hitting the field with new and improved variations on proven equipment designs. Each is equipped with a Crucible Arms Model 609 rifle, with variable ammunition designed to target a range of opponents, and a hermetically sealed suit of armor treated to withstand various caustic agents. Infantry members wear breather masks that filter out smoke and other toxins, allowing the soldiers to operate in hostile environments for prolonged periods. The Guard’s infantry holds the front line of an engagement; they are trained to operate in tight skirmish formation and to serve as a worthy counter to the foot soldiers of any rival army. 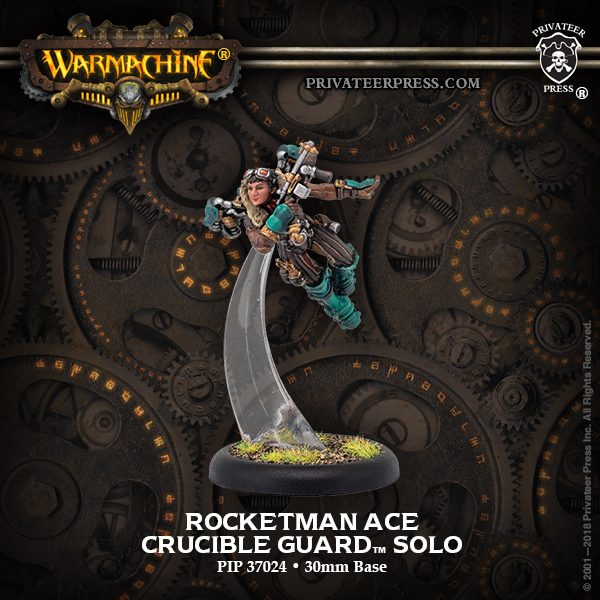 Some Crucible Guard rocketmen rise above their cohort, demonstrating an aptitude for the power of flight that few others can boast. After scoring dozens of high-value kills, such soldiers are welcomed into the ranks of the elite aces. Aces lead formations of rocketmen and serve as living scions of aerial war. Those who witness their feats are inspired to redouble their own efforts, hoping to some day earn a place among them. 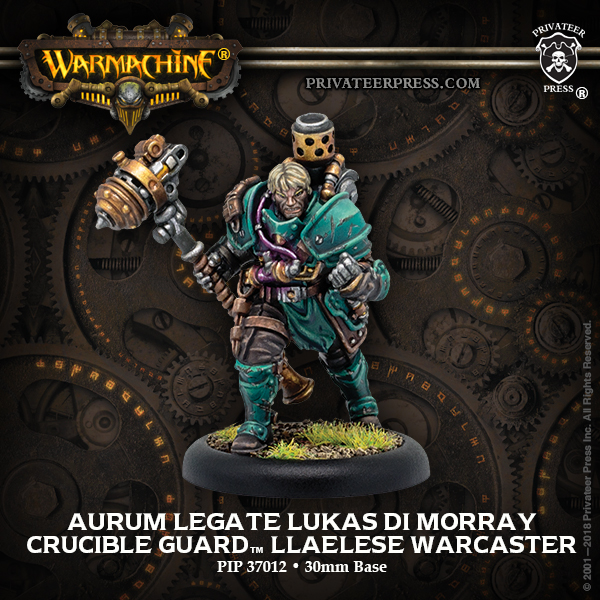 Lukas di Morray has kept the rebellious fire of the Order of the Golden Crucible burning in Llael even after the loss of its old headquarters. Driven by a need for new weapons in his war against the Khadorans who seized his homeland, di Morray risked everything to unlock his latent arcane potential. Lukas tested an unstable alchemical formula on himself, and by this succeeded in becoming the first self-made warcaster. Eventually the serum he injects will cost him his life, but he considers the price a small one in exchange for the power it gives him to achieve his retribution.