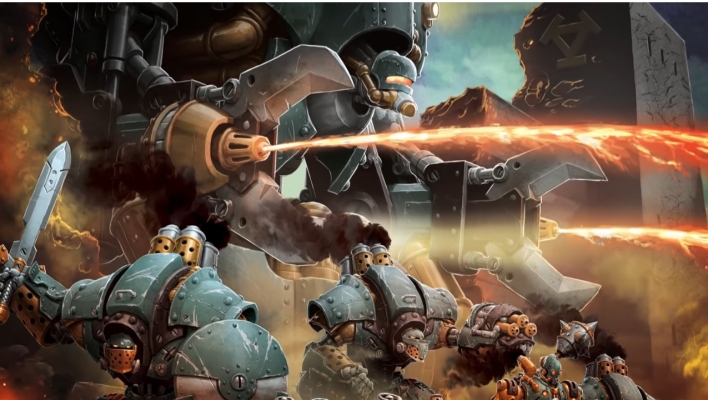 Get out of the way, the Crucible Guard Vulcan is incoming! Let’s take a look at this chemical wielding colossal for the newest Warmachine faction! Also, does anyone know what an Aqua Mortuum is? Because the Crucible Guard have weaponized it.

The Vulcan rides into battle with large vats of chemicals, each inflicting their own unique form of destruction on the enemy forces. Check out the rules and lets discuss! 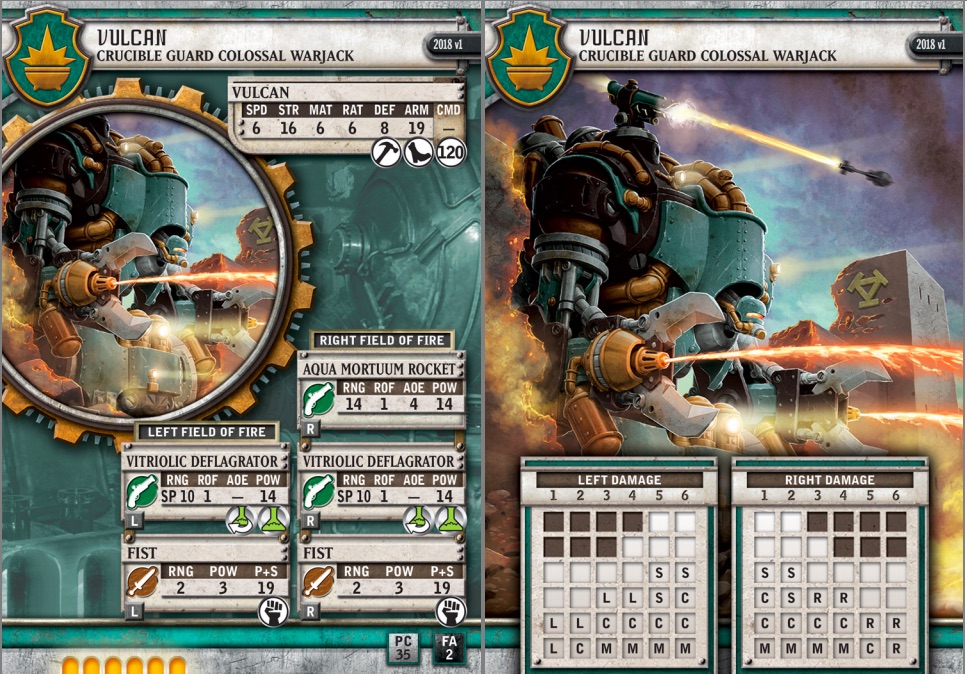 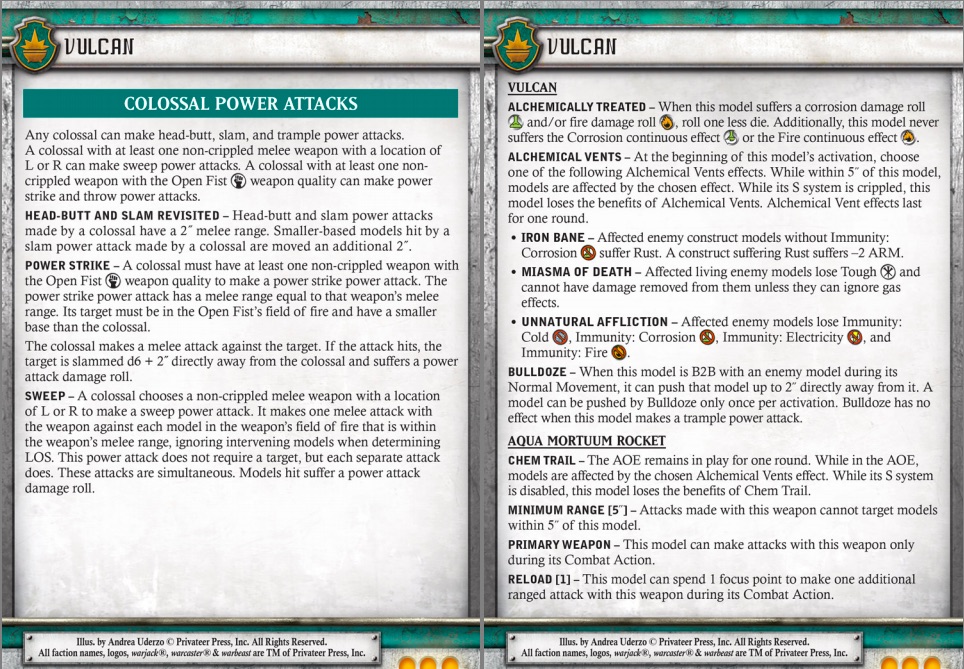 A Chemical For Every Occasion

A recurring theme throughout the Crucible Guard is options and the Alchemical Vents on the Vulcan bring 3 interesting choices. Not only does the chosen chemical affect everything in the Aqua Mortuum Rockets 4 inch AOE, every enemy model within 5 inches of the Vulcan also suffers the effect.

One important thing to remember is that the Rockets are attached to the right arc of the Vulcan, so choose your facing carefully! When deploying, it might be a good idea to position your Vulcan on your left, keeping more of the enemy forces naturally in your right arc.

Iron Bane will lower the ARM of all constructs by 2 and with Reload[1] it won’t be hard to spread the -2 ARM debuff around. Don’t forget the AOE is placed on hit, so the rocket shot can be an effective POW 16. In many scenarios people tend to place models near their objective, which just so happens to be an excellent target to shoot at and clip other models in the AOE. Iron Bane also makes the Vulcan an effective POW 21 in melee against constructs. 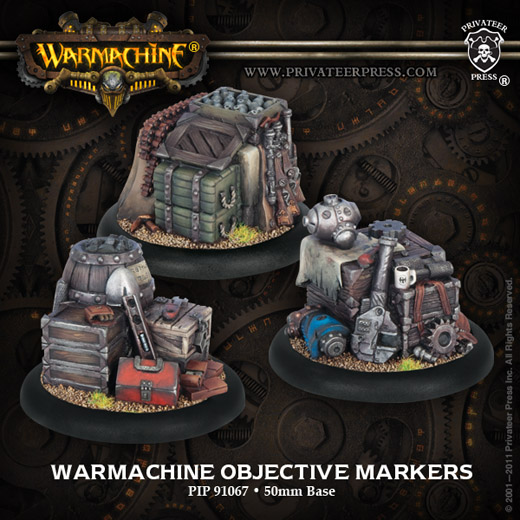 Miasma of Death brings the pain to living models, removing Tough and denying healing. If you can take out a warbeasts aspect and deny healing the enemy player will need to spend a turn walking their beast out of the AOE to heal it. This also provides a great tool when facing the medium base infantry that are prevalent in the meta as they tend to have tough or another healing ability. 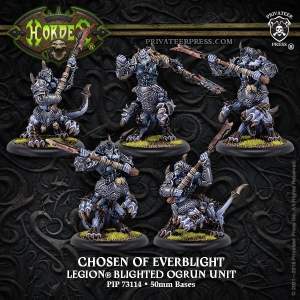 No Healing Ruins the Chosen’s Day

Lastly, Unnatural Affliction removes all immunities from affected models. In a faction where nearly every gun can be negatively effected by type immunties, this is an incredibly useful tool. It won’t come up a ton, but when it does it’s one of the abilities that can drastically tip a game in your favor.

Deciding whether or not to bring a Colossal in your list is an important decision, lets go over some Crucible Guard casters and reasons why they might want to bring a Vulcan.

If it shoots, chances are Gearheart will make it shine. Snipe is excellent for the Aqua Mortuum Rockets and Hot Shot is amazing with all the ranged attacks. Gearheart also increases the melee threat of the Vulcan with Boundless Charge, letting it threat an awesome 13 inches.

Locke is an excellent warjack caster that can really ramp up the melee threat/potential of the Vulcan. Jackhammer allows for some interesting out of activation attacks and Redline lets the Vulcan most faster and hit harder. Locke has Sentry, but sadly it can’t be used on the Rocket attacks due to the ‘Primary Weapon’ rule it has.

Mobility is yet another way for the Vulcan to gain +2 SPD and armor buffs like Fail-Safe are always a nice way to protect your 35pt investment. Return Fire can only be used on the sprays, but keep in mind you don’t have to target the model that attacked you. This means the Vulcan can get targeted by an attack, then spray in a completely different direction killing models your opponent wasn’t expecting. Lastly, while the Vulcan can’t benefit from all aspects of Mackay’s Feat, having boosted ranged damage rolls on all attacks is pretty nice.

“Don’t Forget About Me!”

While not a full fledged warcaster, Prospero is a possible choice to run the Vulcan. At the very least Prospero provides +1 to all attack rolls even if he isn’t running the Vulcan so you’ll likely be bringing him along in your list anyways. What makes Prospero interesting is Guided Fire, which boosts the attack rolls of all ranged attacks for one turn. If you need to hit high defense models, Prospero’s Vulcan is a great choice. If you do choose to use Guided Fire the only problem is you don’t really have any focus for boosting damage rolls.

Overall the Vulcan brings a nice mix of ranged and melee attacks, but it’s the faction synergies that really make it a compelling list choice. Hopefully this gets you thinking about how to incorporate the Vulcan into your Crucible Guard lists.

What caster do you think runs the Vulcan the best?