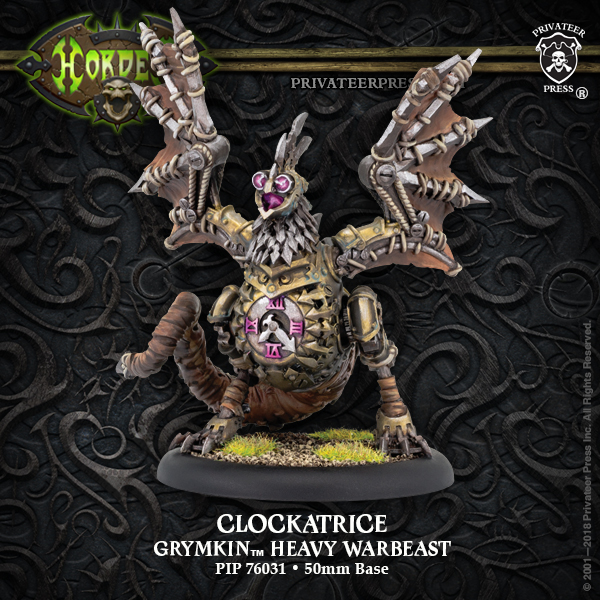 If the clockatrice is born of nightmares, it comes from a dreamscape of fiendish engineering, the metallic grinding of countless gears, and a malevolence arising from an intricate mechanism that mimics a living beast. As in the fables it inspired, the clockatrice can freeze and kill with but a glance of its glowing eyes. Time flows differently around this creature, warped by the haphazard spinning of the arms of its giant clock, always to the detriment of any mortals facing its razor-sharp claws and beak. 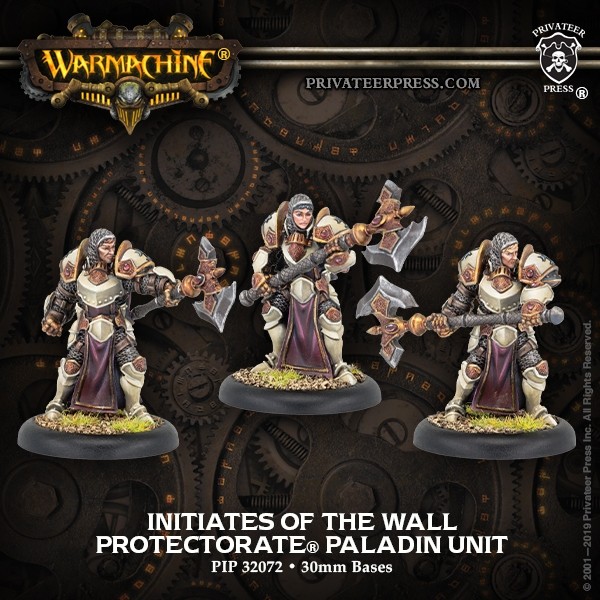 Only those with a true calling can walk the path of the Order of the Wall. These men and women spend their youth honing body and soul to serve the Creator and to protect the faithful. To complete their training, initiates are sent out in small groups, tasked with guarding the Temple’s servants in battle. Though still far from full mastery, several initiates standing side-by-side can withstand devastating blows from beast and machine alike. For this duty, each sets aside their sword and shield to wield blessed battleaxes instead, teaching them that the weapon they wield is secondary to each paladin’s faith and resolve. 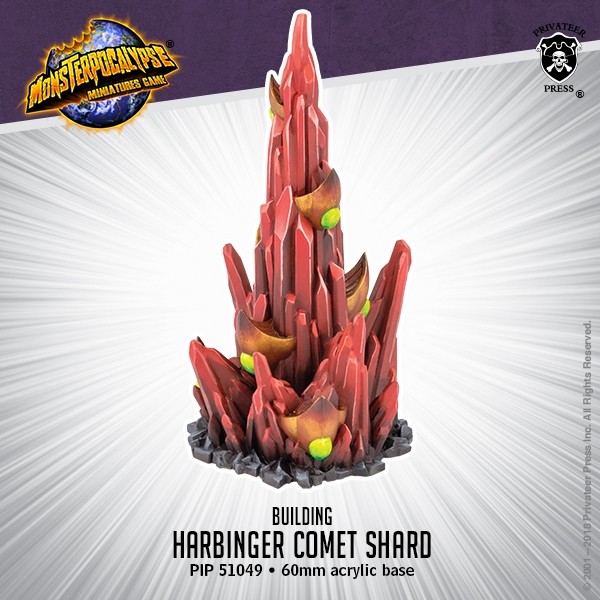 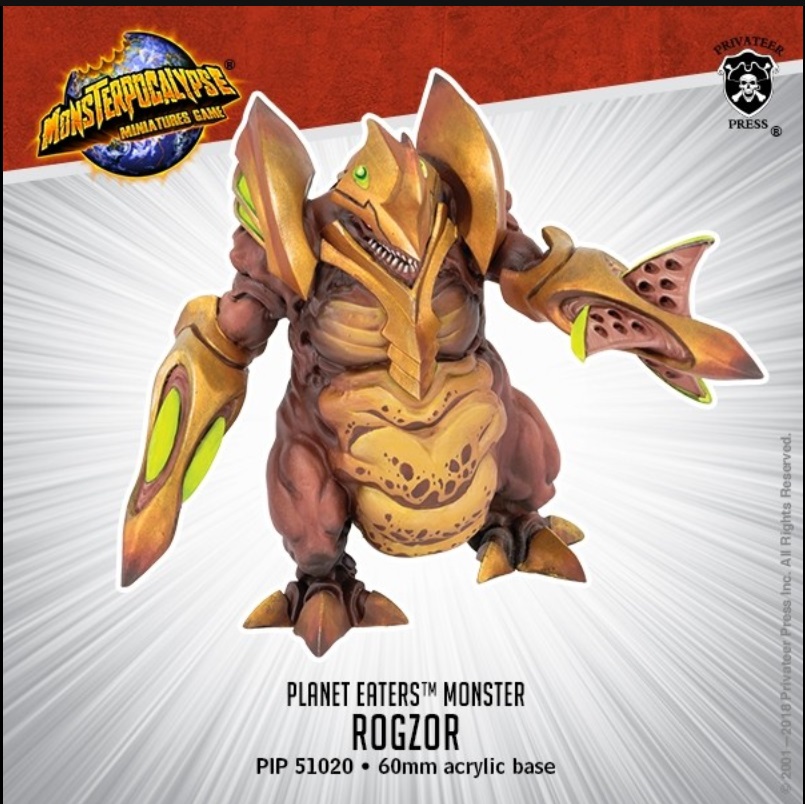 Author: J.R. Zambrano
Bell of Lost Souls Staff Writer and DM, J.R. covers RPGs of all stripes and on occasion eats sandwiches. You can ask him about either at [email protected]
Advertisement
Monsterpocalypse Privateer Press Tabletop News Warmachine-Hordes
Advertisement