The latest CID cycle is all about the next Steamroller Packet; we’re taking a look at some of the proposed changes that might be headed your way later this year!

For those that don’t know, the Steamroller document is the set of rules that drives all competitive play in Warmachine & Hordes. These are the scenarios and rules you’ll play at every competitive event for the next year. CID stands for Community Integrated Development and is a way for players to give feedback on game changes before they become official – if you are interested in participating in CID, head over to the Privateer Press CID Forums.

It’s important to note that the changes this year aren’t intended to drastically change things, as per Lead Developer William Hungerford:

“Steamroller is receiving what we consider a minor revision this year. We are lucky in the fact that Steamroller effectively gets a “CID” all year long, as it is the most played format for WMH, and feedback is provided consistently throughout. With the amount of new material releasing this year as part of Oblivion, which includes a revised rulebook for WMH, we are not looking to perform a major revision to Steamroller in 2019. Instead, we are looking to a make some very targeted tweaks to the 2018 package based on the last year’s worth of results.”

Before we jump into it, it’s important to note. This is just week one of the CID cycle and things can/will change based on feedback from players. If something seems too good, or not good enough, try it out and let PP know on the CID forums.

What Stays the Same?

Three scenarios from the 2018 packet will remain unchanged; Spread the Net, Invasion and Recon II. Also, the three current Objectives will remain. 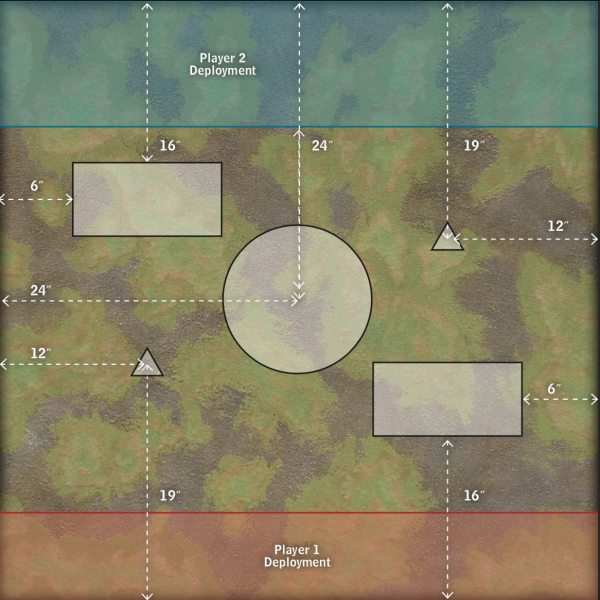 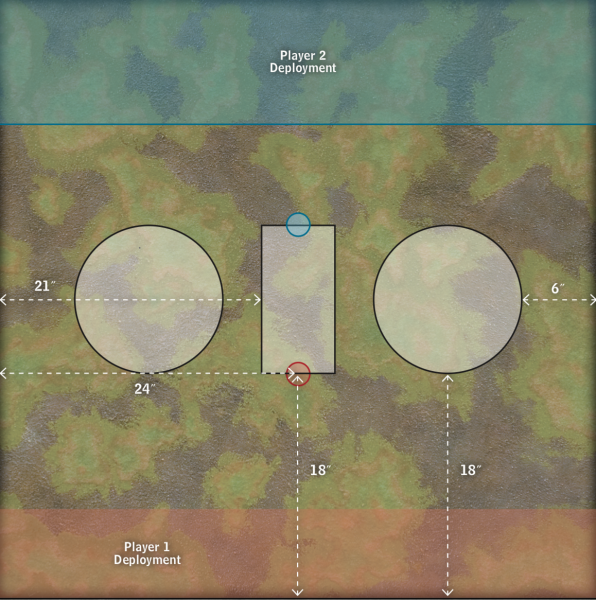 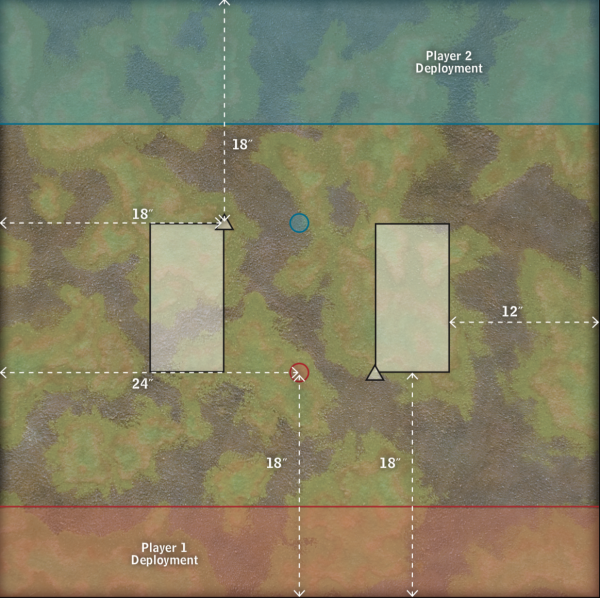 We’ve got three new scenarios, and three new Objectives are being proposed for 2019.

King of the Hill 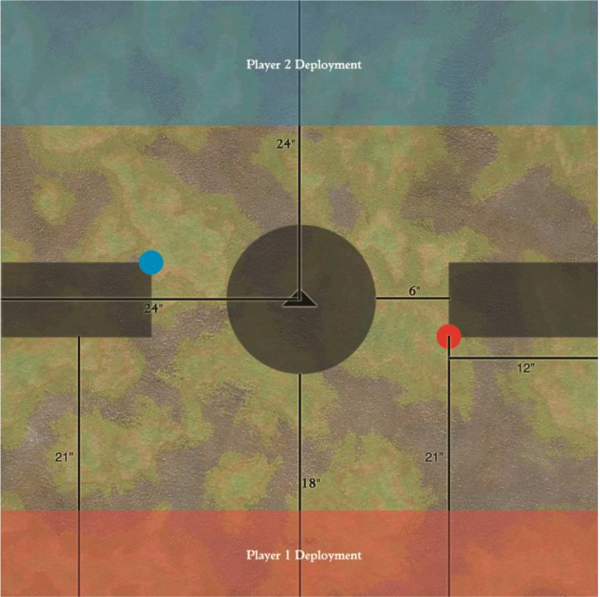 This scenario has something we haven’t seen before, zones that touch the very edge of the table. Even more interesting, these are rectangle zones, meaning they can only be scored by Casters, Warjacks/Warbeasts, and Battle Engines. Unless your caster has a massive control area, it seems likely that you’ll need to commit to a flank at some point during the game. 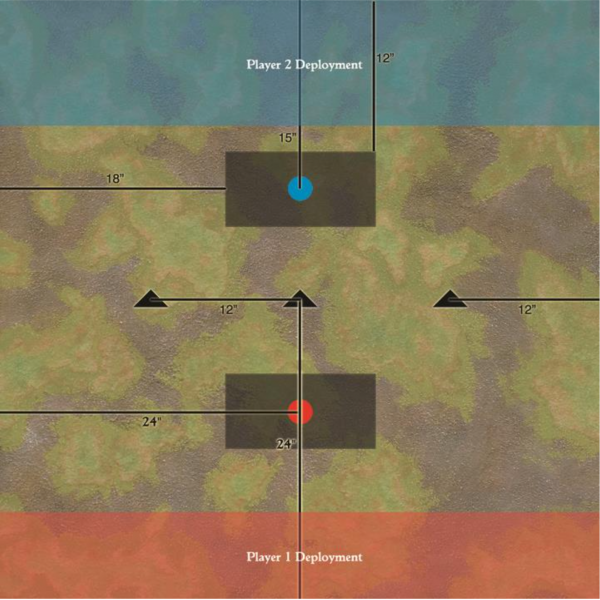 ‘Three Flags’ is back! Bunkers will bring back memories of an infamous mk2 scenario and the current Mirage scenario.

Some developer insight from Hungerford:

‘…the rectangular zones are very close to each player’s deployment zone. These zones are effectively CP “batteries”, as long as you commit a model to score your own zone each turn. While playing the three flags, look for angles to disrupt your opponent’s “battery”.’

As always with these three flag scenarios, the worry is that some casters might be able to score 5 points easily in a single turn to instantly win the game. Thexus and Krueger2 can feat to clear off flags, shoot down the enemy objective, run a model to contest the enemy zone, and score their zone. To be fair, this is currently possible on Mirage, so players already need to have any answers for this. However, with the flags on the center line in this scenario, it becomes harder to defend against.

Popular themes like Exalted laugh at those casters trying to win on the scenario, so maybe enough counters exist this won’t be an issue? A new objective, Dugout, is also perfect for defending against spells and feats that try to push models away from flags.

If playtesting this scenario shows that some scenario casters can win too quickly, a good ‘fix’ may be to only have two flags in the center. This would keep things very live while removing any realistic chance of scoring five points in a single turn. 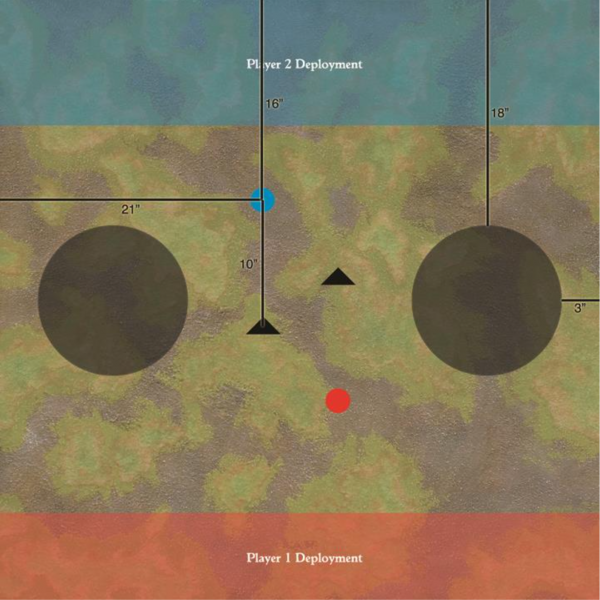 As stated by Hungerford,

“The stock of Ambushing units goes WAY up in this scenario, and that is both known and okay.”

The center of this scenario feels like it will become a pit of carnage between 2 battlegroups. Whoever comes out on top will send in their solos to score. While not touching the edge of the board, these circle zones are set pretty far to the side, so killing a contesting model in the far back corner is going to be tough.

Three new objectives are being proposed, with the existing three this makes a total of six objectives to choose from.

Dugout – During your Maintenance Phase, choose one friendly Faction model within four ̋ of this model. That model cannot be pushed or placed for one round.

The Dugout objective is a great way to protect against scenario casters on Bunker. If you find yourself playing against a TK caster, this is a great choice.

Observatory – During your Control Phase, choose one friendly Faction model within four ̋ of this model. That model gains Eyeless Sight for one round.

Any list with a decent gun or two will like this objective. Often I’ll want to bring a Bog Trog Mist Speaker specifically for this ability, having it available on your Objective can free up spots for another solo.

Treasure Chest – Once per game, during your Maintenance Phase choose a friendly Faction model within 4” of this model. The chosen model can reroll one attack roll and one damage roll this turn.

I think the ‘Once per game’ is a typo and should probably be once per turn. Puppet Master is a valuable ability in any list; this makes for a good default pick if you don’t need another objective.

What do you think of Week 1 Steamroller CID? Which scenario are you looking forward to playing the most? 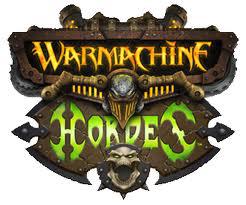 Warhammer Fest - The Reveals We Want To See 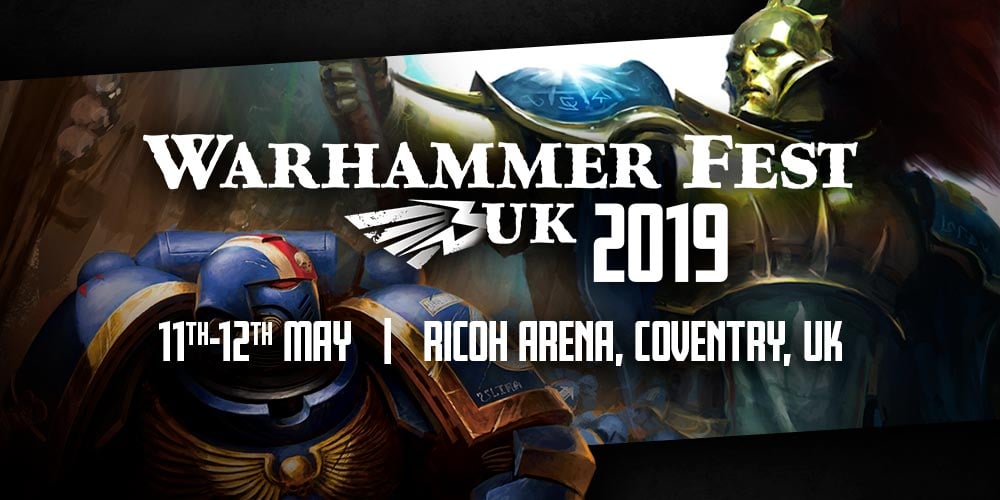