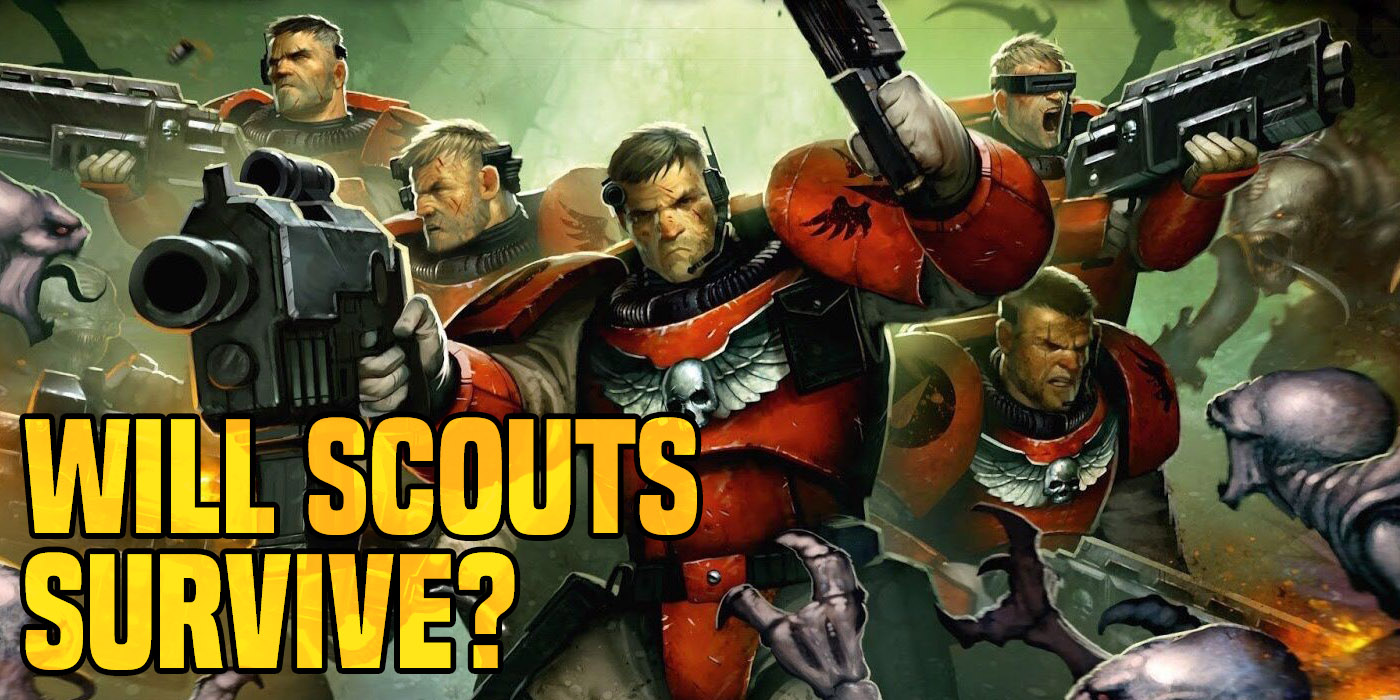 Is GW moving to kill off Space Marine Scouts?

Space Marine Scouts have been a staple of 40K for a long time, both in the fluff and on the tabletop. In the past the unit had often been benched in favor of more powerful units; 8th has propelled Scouts to a key position in 40K armies. However, despite their sudden tabletop celebrity, there are signs that the days of Scouts are numbered. Let’s take a look at why this is the case.

Scouts In The Lore

Scouts have been a major part of Space Marine lore for a long time, pretty much everyone should be familiar with their role at this point. As a quick recap for people living under rocks (but not on the Rock): the 10th Company of every codex compliant chapter is made up of Scouts. They are the newest Space Marines, fresh out of the transformation process and still lacking experience. They wear lighter armor and specialize in scouting, recon, sniping, and light infantry actions. They are often led by older, more experienced veterans. Unlike other companies, the 10th does not have a mandated size, though it is generally around 100 Marines. One notable exception is the current Blood Angels’ 10th Company, which is said to have over 500 members. 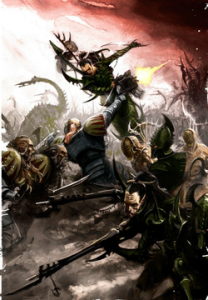 While most chapters route their newest recruits through the Scouts of the 10th Company, as the first stage of life as a full Marine, not all do. The two most well-known exceptions are the Black Templars and the Space Wolves. The Black Templars do not follow the Codex and have their recruits inducted into the ranks of the Neophytes. These serve a short of apprenticeship to a full-fledged Marine, often operating in mixed squads with them.  Among the Space Wolves Scouts tend to be some of the older, more experienced Marines, with the hot-headed new Marines being used as close combat assault troops.

Scouts On the Table 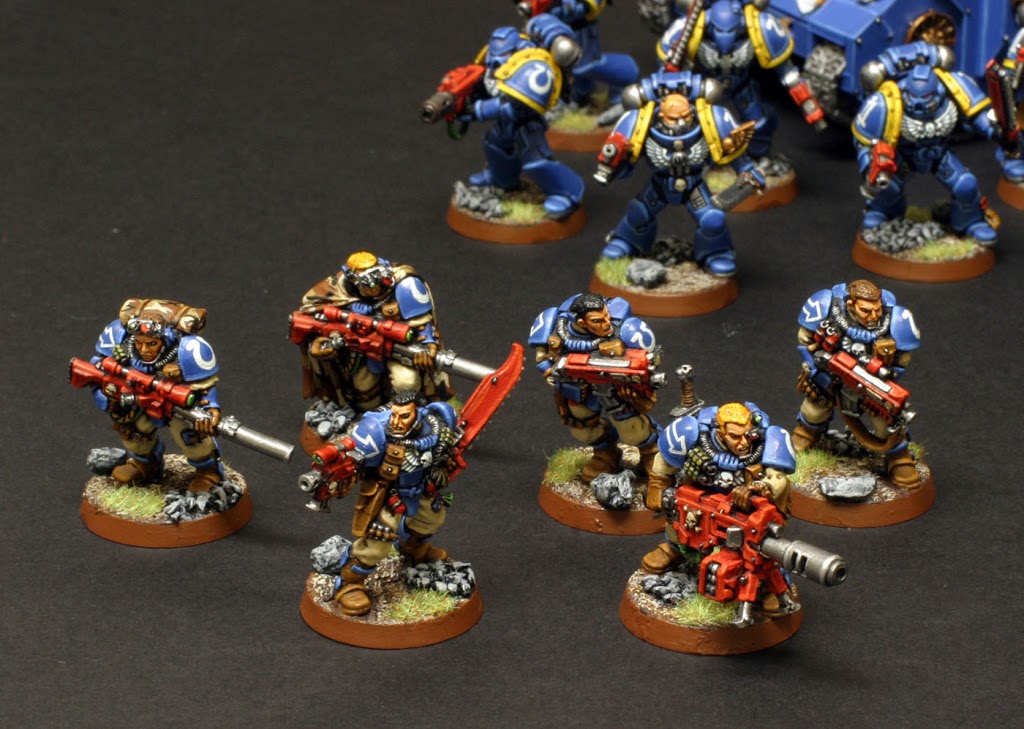 Scouts form the lightest type of Space Marine infantry on the table. They have a wider variety of personal weapons than most other marines, being able to choose between standard bolters, bolt pistols, and close combat weapons, shotguns or sniper rifles. On the other hand, they have less access to heavy of special weapons, with only the choice of missile launchers and heavy bolters available to them. Traditionally Scouts as lighter infiltration troops served a minor support role in Marine lists. In 8th edition, however, they found new uses. As the cheapest form of Marine Troops, they are a very efficient way to fill out battalion choices for CPs. Also, their ability to go outside of the normal deployment zone has many uses. While Scouts might have a significant impact on the course of a battle, they’ve become the most popular and common form of Space Marine troops in competitive lists. 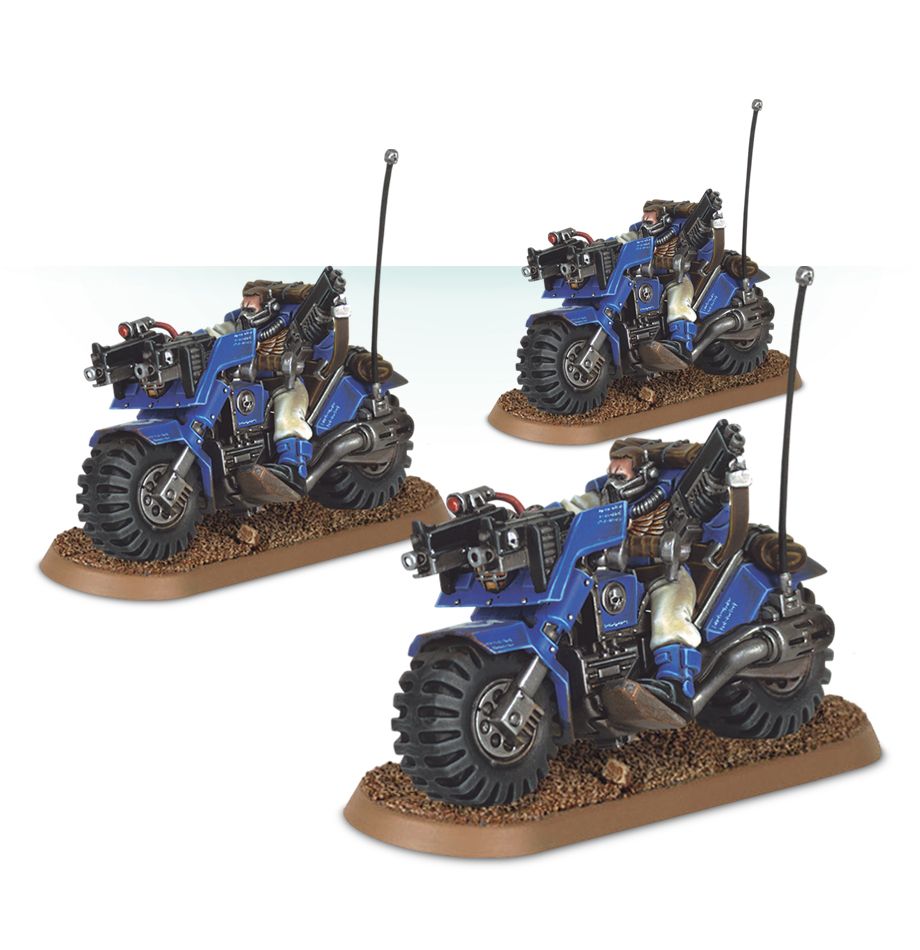 Scouts can also be taken as Scout Bikers. While this can be a fun little unit, it is a pretty rare sight. They are sometimes utilized by people trying to fill out battalion detachments but don’t play much of a role in the game.

Are Scouts Being Written Out Of The Lore? 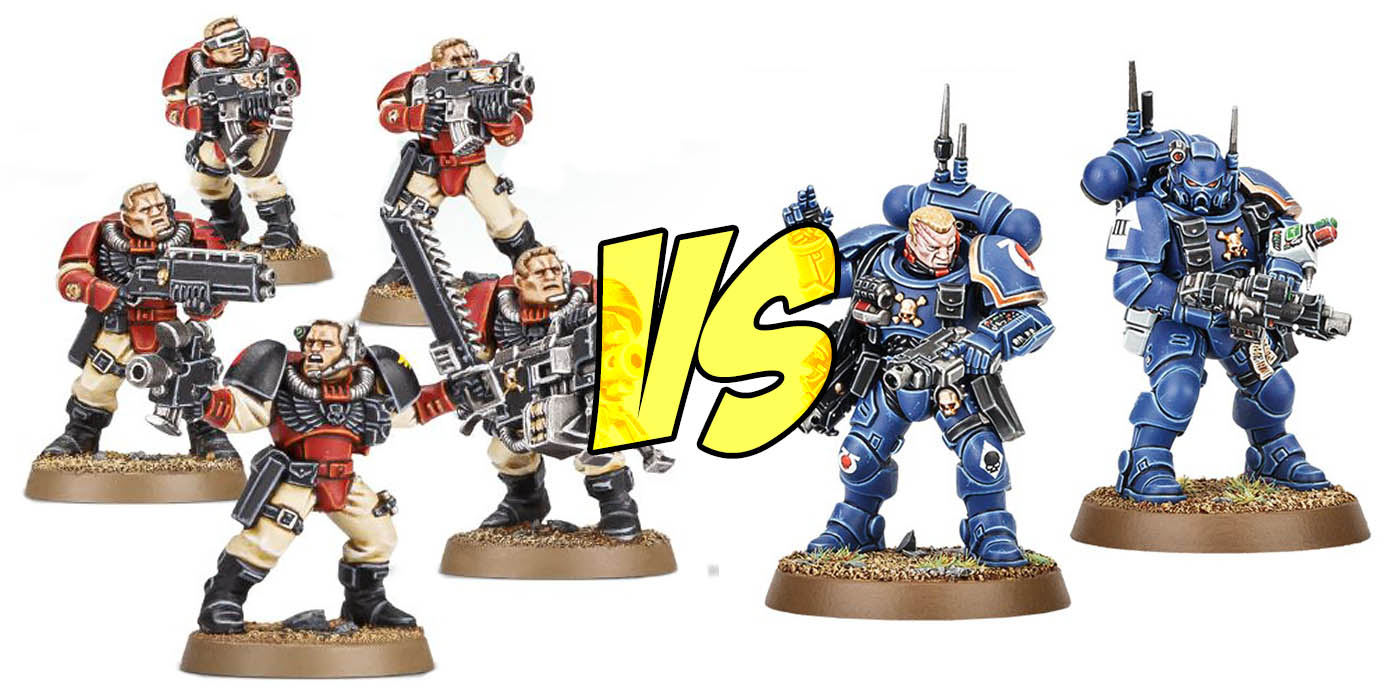 One of the major recent changes to Space Marines was the introduction of Vanguard Marines. These specialized Primaris fill the same tactical slot and lore slot that scouts have. Infiltrators, Eliminators, and Reivers are all pretty much just different versions of Scouts and are described taking on missions that normally would go to scouts.  Also, by order of Guilliman, each 10th Company must now keep a standing force of 100 Vanguard, lead by their own captain. This doesn’t seem to leave a lot of room in the 10th Company for the old Marine Scouts. Nor does there seem to be a need for them anymore.

Scouts are part of the old way of doing things. The introduction of Primaris Marines has changed the stages of a Marine life cycle. It does not seem that new Primaris Marines are first sent into Scout Squads or the 10th Company. In fact, the Vanguard of the 10th Company are described as veterans; rather, it seems that new Primaris go directly into an Intercessor Squad, leaving the 1st and 10th Companys to veterans. While not explicitly stated, since all new Marines (save in a handful of chapters) are Primaris Marines this would mean there will be no new Scouts in almost every chapter. In fact, it seems that the all Primaris Chapters, more the half the current chapters, never had Scouts to start with. While Scouts will linger around for a little while, it stands to reason there will come a day in the not to distant future when the last scout had moved onto a tactical squad, and their role and company has been entirely taken by Vanguard Marines.  Lore-wise it seems that Scouts are being written out of the story.

Could They Be Removed From the Game? 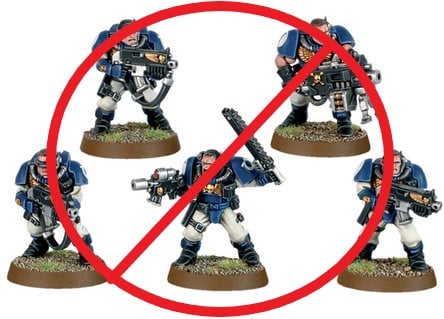 There has been a lot of talk about if GW is planning to phase out classic Marines for the game. If they are planning to do this, which they might well be, I think Scouts are a very likely target to get removed. We’ve already talked about how they are being phased out of the lore right now. This gives a perfectly good background explanation for removing them, or somehow sidelining them, from the tabletop. It’s a better reason than they have for getting rid of most other Space Marine units. 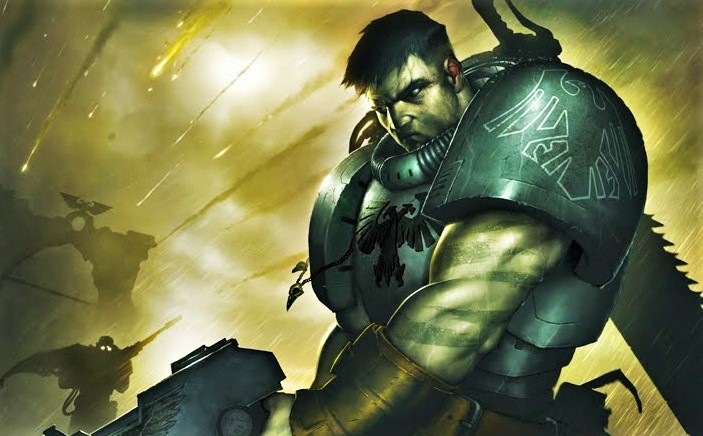 More importantly, is that it’s pretty clear Scouts are kind of a problem right now. Due to 8th rules, Scouts are outshining all the other Space Marine troop choices and having a disproportional impact on the game. Thus from both a “balance” and a “we need to sell new models” view, GW has plenty of reason to want to get rid Scouts. And I can’t really say it would be a bad thing; I think most of us can agree that Scouts shouldn’t be the core of every competitive Space Marine detachment. It’s kind of ridiculous, yet the value they bring for their cost has made it so. GW has every motivation to kill Scouts and has been laying the fluff groundwork to support this move for some time. In the end, there is a very real chance we could be witnessing the death of Space Marine Scouts.

Let us know if you think Scouts are dying, down in the comments!

Author: Abe Apfel
Abe is that rare thing, an Austin local born and raised here. Though he keeps on moving around, DC, Japan, ETC., he always seems to find his way back eventually. Abe has decades of experience with a wide range of tabletop and RPG games, from historicals, to Star Wars to D&D and 40K. He has been contributing to BOLS since almost the start, back when he worked at and then owned a local gaming store. He used to be big into the competitive Warhammer tournament scene but age has mellowed him and he now appreciates a good casual match. He currently covers 40K tactics and lore, as well as all things Star Wars, with occasional dabbling in other topics. Abe remains in mourning over the loss of WFB to this day.
Advertisement
Editorials Lore Space Marines Warhammer 40k
Advertisement 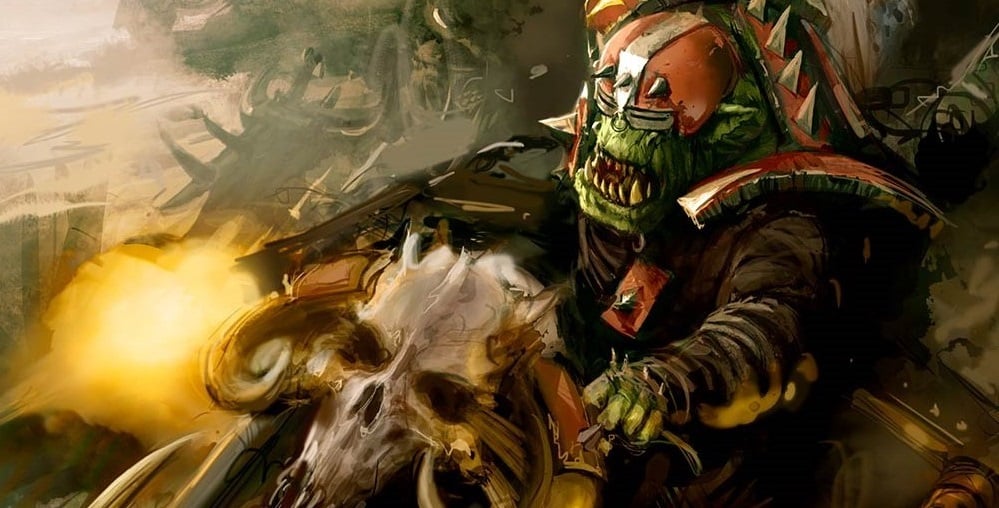