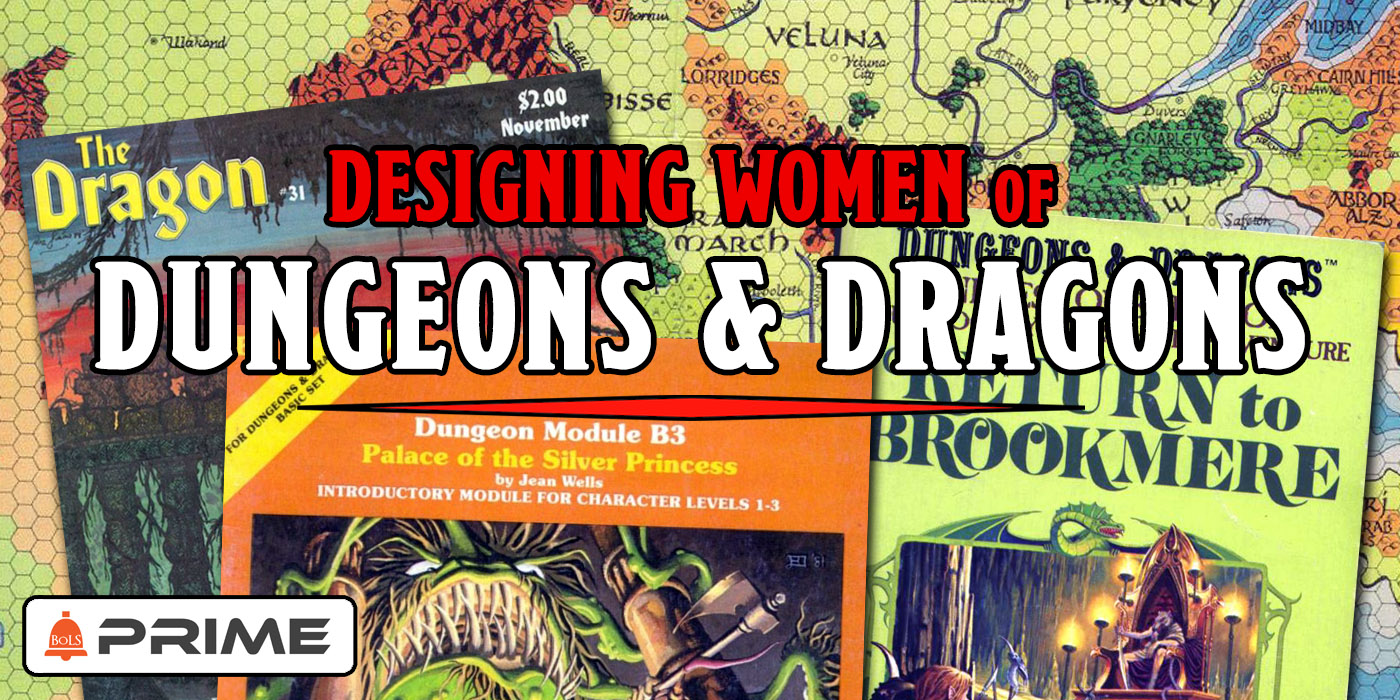 D&D owes much to its early community of creatives and creators--these women helped make D&D the game it is.

Ask anyone to describe a typical D&D player and, well, these days you'll get a variety of answers--anything from cool people with asymmetrical haircuts or brightly colored hair, to cool people in their 50s with kids and sensible jackets who've been playing D&D since the days when you had to worry about being mistaken for a Satanist. This wasn't always the case. Popular opinion of D&D has been seeing a very literal paradigm shift that went from the FBI's former description of what D&D/wargaming looks like:

The FBI also had a low opinion of war gamers: pic.twitter.com/kQG9aKzBzA

To the same sort of people that posted their D&D Selfies twice earlier this year in response to disparaging remarks--the first an SNL Skit that had Kit Harrington doing some tremendous character immersion as part of a LARP battle among creepy office tech dudes (who, to be fair, are also the sort to play D&D)--and the second, in response to a devastating call out by MJF, the rising heel-star of the new AEW. Now, a big part of that perception shift comes from the visibility of the internet and its ability to bring together disparate groups of people for better and worse.

People love to point out the diversity and inclusivity of D&D--but it's by no stretch of t...