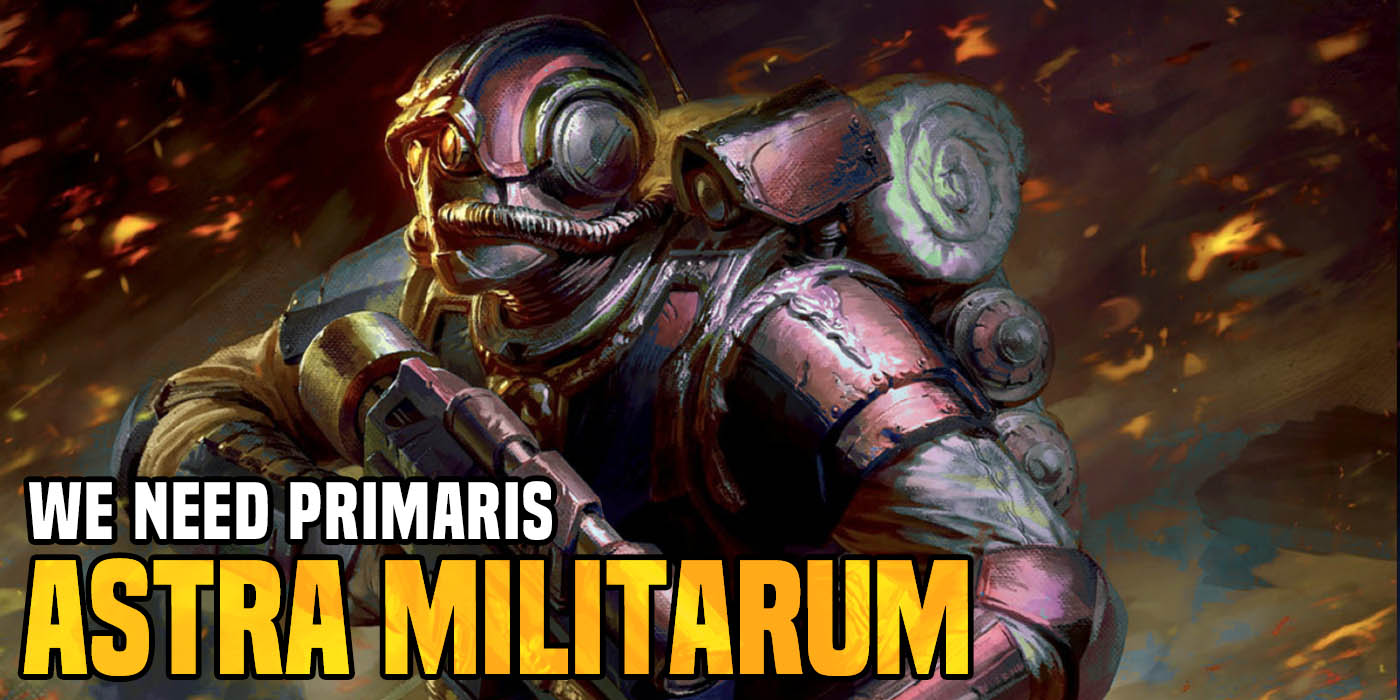 Let’s talk about why Primaris Astra Militarum would be a perfect army.

Games Workshop is throwing out new army updates like Oprah gives out new cars. Between the Space Marine book and its supplements, Sisters of Battle, and additional upgrades for every army from Psychic Awakening, it’s getting to be pretty crazy up here. Obviously, one of the major pushes they’ve made, both over the last two years and with the current rules, is for Primaris Marines, the new better version of Marines.

The Primaris have been a massive hit, they’ve become the poster boys of 40K and are popular with, I assume, all players. A recent commenter on BoLS stated that 98% of all GW sales are now Primaris Marines, and I’m just going to assume that it is 100% accurate without doing any fact-checking. Any way you cut it, Primaris are hot, and GW has got to be looking for the new army they can “Primaris-ize.” Some people have been saying Eldar are next on the list, and that the Eldar plan to destroy Slaanesh is just an excuse to bring the race back with new taller, Primaris models. I, however, think a different army calls for the Primaris treatment- the Astra Militarum.

An Opportunity Wanting To Be Taken

The Astra Militarium are an old popular 40K army. They date back to pretty much the start of 40K, though their name has changed, and have remained a popular list the whole time.

They are one of the larger armies with a ton of units and feature heavily in the lore and background. They are also an old army. The majority of the army is made up of old models, many dating back to the 3rd Edition 40K. The army has seen some updates over the years, with some of the older, but also fringe, units like Ogryns and Scions (once Stormtroopers) getting new models. We’ve also seen recuts of sprues and updated accessory kits to keep things fresh, but overall the army needs a significant refresh and redo. Its core troops are dated and pretty plain my modern GW standards (though I still love them). Overall this is a popular army that needs new models and units that players would gladly buy into. 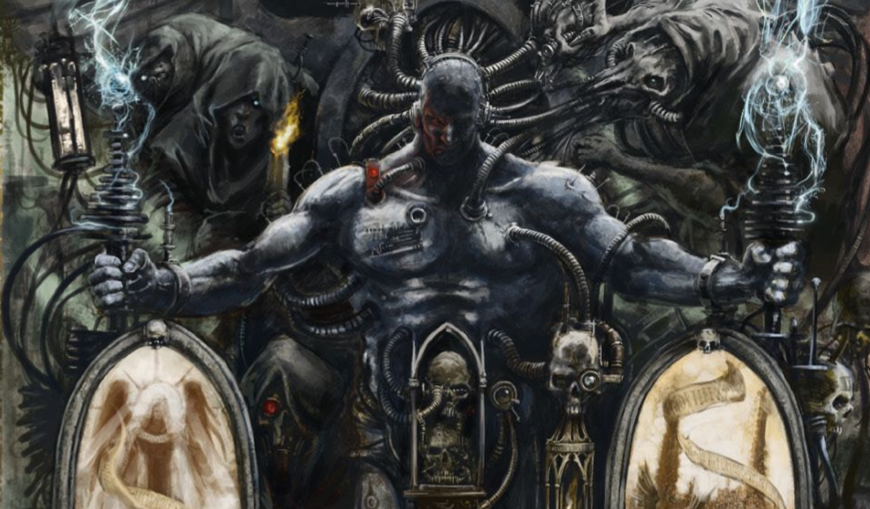 Lore wise I think the change would be simple. The Imperium has a history of genetically altering its warriors to make them better. Cawl, the master of the new technologies (or the very old), has already rolled out his Primaris project to enhance the Space Marines, turning them into extra- super warriors. However, Space Marines are only a very tiny part of the Imperiums might and make up a small parentage of its armies. As such, Cawl and Guilliman must be looking for other ways to increases the power of the Imperial Armies.

One great way to do that would be to up the combat prowess of the regular Astra Militarium troopers. If Cawl in his wisdom can improve on Space Marines, he must also be able to improve on normal humans, to make them better, stronger, faster even. Just a couple of mass-producible key organ implants per trooper, rather than the whole menu like the Astartes get. Lore wise it should be no problem to have Cawl roll out a Primaris Human.

So let’s assume the Cawl rolled out new Primaris Astra Militarium, what would they look like on the tabletop? Well I assume the first thing he would do would be to make them stronger and tougher than the average person, either through increasing their natural ability, or maybe adding extra organs through grafting, a second heart seems reasonable and would be good.

Overall I think you would see the strength and toughness of the human both be improved by 1. We also know that Cawl uses a lot of subliminal training to get the Primaris up to speed quickly, using his techniques, and the advanced reflexes granted them by the Primaris project. I also bet the weapon skill and ballistic skill of the Primaris Humans would be improved by one. These upgrades would likely also have the Guardsperson feeling more confident and less afraid on the battlefield. 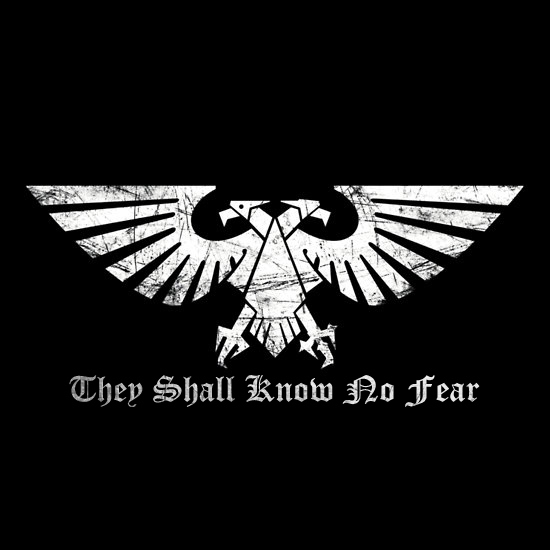 Of course, physical upgrades aren’t all Cawl has to offer; he also rolled out a whole line of new weapons, armor, and vehicles. First off would be armor. I bet Cawl, with all his technology, could make some improvements to Astra Militarium armor. Since he’d want the best for his new troops, I assume he would start with the already decent carapace armor. Improving it from there would likely get us to a 3+ save pretty easy. Likely he’d make some extra improvements to the armor, maybe making it fully sealed and even introducing some powered elements to make up for the extra weight. It’s possible that the new Primaris Humans would need extra modifications to work with the armor well, some kind of enhanced color-coded skin or bone upgrade might work. I think with these upgrades we could expect a stat line of something like this:

Weapon wise I think a lot of things would stay the same after all the Imperiums weapons are well tested. Likely there would be some minor upgrades to existing heavy and special weapons, and I think with the new strength the troopers enjoy, they could ditch the old tripod weapon teams and make more weapons in man-portable versions.

As for the basic Lasgun that would likely get an upgrade, the boltgun did, after all. I think Cawl could with easy make a new souped-up version that retained most of the old properties but was a little stronger. Of course, he could also choose to go with a heavier version of the Auto-gun if he preferred a solid shot. Either way, I think the new weapon profile for the upgraded Lasgun would be something like:

After that, it would just be a question of upgrading some old tanks or making a few new ones. I think a version of the Chimera with heavier armor and, I dunno, maybe four lascannons, would be solid. Maybe upgraded sentinel walkers with their pilots hardwired in or something. The sky is the limit. 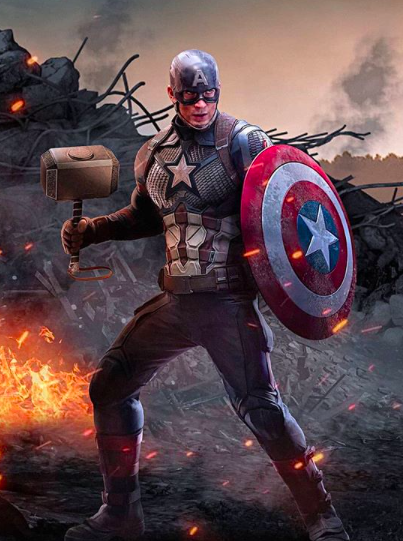 Can’t wait to see a Primaris Human using a Thunderhammer and Stormsheild! Seen here in the colors of Holy Terra’s Merica.

I think if GW is looking for a new army to get the Primaris treatment, they need to look no farther then the Astra Militarium. This is an army that is popular but also needs a refresh. It would fill a gap in the existing line, a semi-elite Imperial Army of 1 wound 3+ save troops, something which doesn’t exist right now. This would obviously be a super cool and unique army, with lots of opportunities.

Lore wise it also just makes a lot of sense. The Imperium needs better troops to fight its war and what better source to pull from then the largest part of the Imperiums forces. Since the Astra Militarium is all-inclusive, you would be able to draw on solders of all genders to fight as better humans, rather than limiting themselves like some other organizations. These new Primaris Astra Militarium would be perfect for all environments. Indeed their new closed armor would make them great on spaceships. While it’s likely they would fight most battles on the ground, it would not surprise me to see them used as marines as well. Either way, I think this is clearly the way to go from here on out. Please let’s all get out and push GW to adopt this amazing and first of its kind idea.

Let us know what you think of this “great” idea, down in the comments!