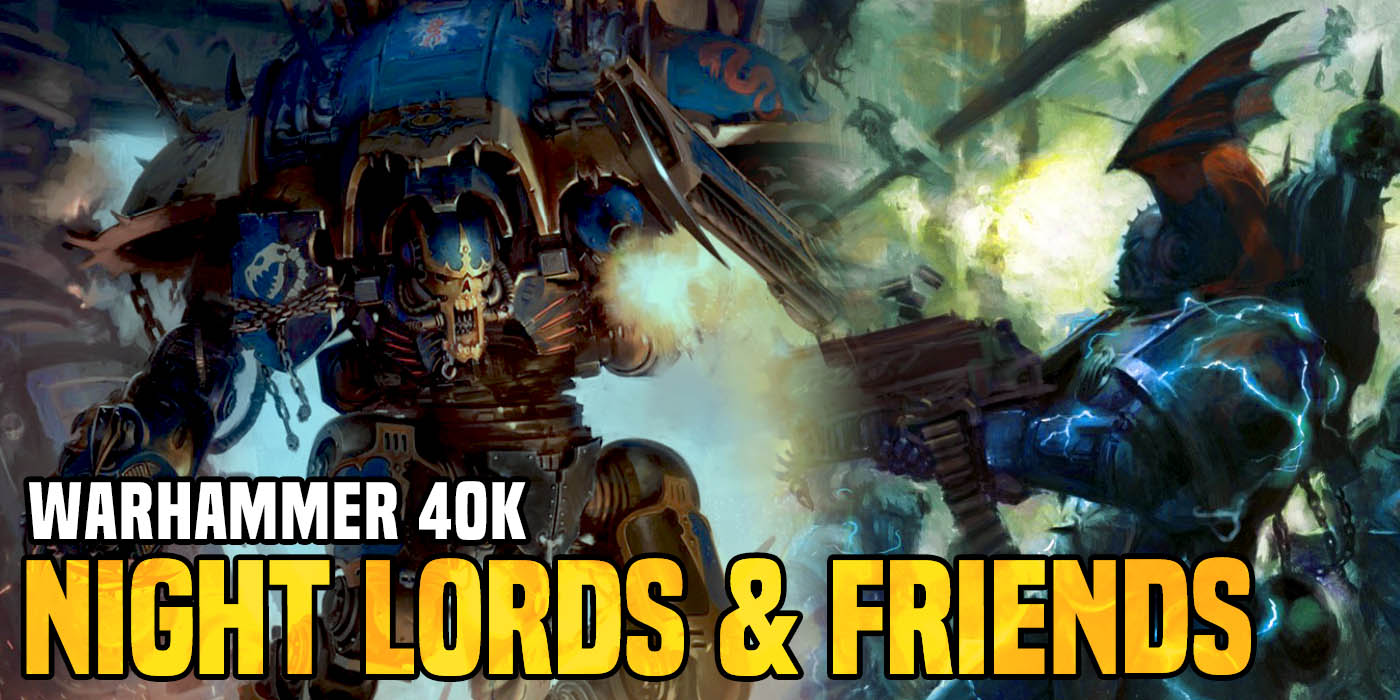 Goatboy here with a list combining the powers of the brand new Night Lords and some Chaos Knight buddies. I think it’s pretty solid.

Goatboy here and as I try to mentally prepare an army for the LVO I keep coming back to some kind of Chaos Knight nonsense.  I think I personally don’t want to play Marines even though I have collect a good deal of parts to make the army.  It might be my inner bad guy, lack of wanting to learn the good stuff, and maybe just thinking playing the best is lame – I keep thinking how can I win with something Chaos like?  Thus the army we have below.

The idea I have comes from my experience going 4-2 with a full Chaos Knights army at the SoCal open.  There were many times I could have used a Surgical strike force to go in, clean up stuff, and then let my Knights do what they do – cause lots of damage.  I looked at where I could cut and found the poor Castigator – while good – it did not cover what I need to get done.  Thus it goes away, the Moriax’s stay, and I throw in some new CSM stuff to cause some issues if needed.

Thankfully the Faith and Fury book added the much needed Night Lords add on that will help kick butt I think.  Plus I think the army will look nice on the table top.  And I am playing some Night Lords as well!

This Chaos Space Marine add on is working out to be a Beta Strike option.  I think there is a chance for Chaos to work beyond the old – cover the table in tough troops mixed with Smite – and instead moving into a Beta Strike option.  If Chapter Approved drops the points of some of the components (Oblits etc) we could see this become a thing.  Mix this with the new Night Lords surgical strike options and could have a completely different army.  Heck if Warp  Talons go down in points too – it will be be amazing and I can do so many more awful things.

Let’s stop talking and at least build something based on the points we have now. 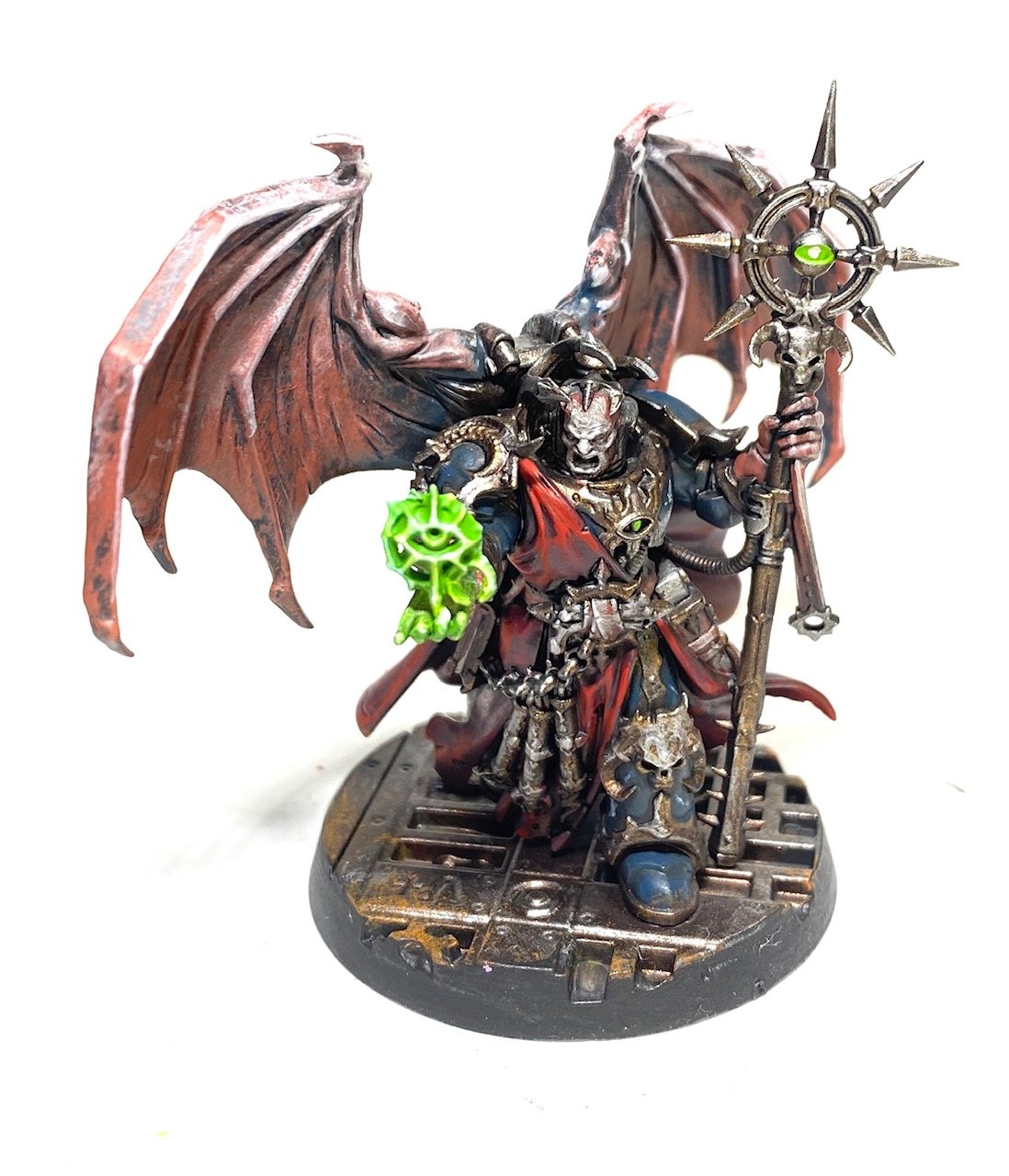 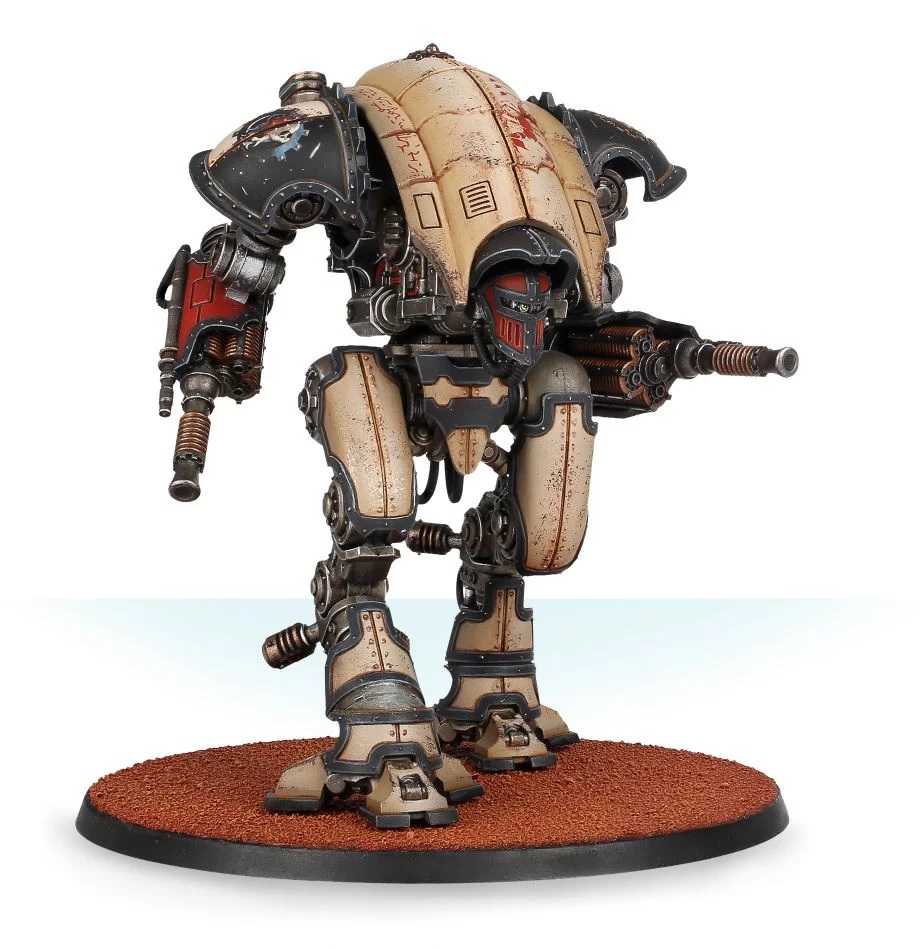 The idea here is to use the Warp Talons to help kill things that might be stuck in builds, or tie up a bunch of Tau stuff, or just be a pain in the butt.  The Lord is set up to go crazy with the new Daemon Claws – but you could easily swap him to a Thunder Hammer by dropping the two missiles and going Mark of Khorne.  He could get nutty with the +1 to hit option on lower Leadership stuff from Night lords as well as just having a Thunder Hammer to kill things.  I just like idea of the Lightning Claws going to town on someone.  The Sorcerer gives you utility as well with Death Hex, Diabolic Strength, and even Prescience to cause some fun stacking with Death to the False Emperor.

You could drop the War Dogs, go with some other weird nonsense from CSM, and make that Detachment a Battalion if you want.  I hope to actually get some testing before LVO done so will see.

~Do you think the Night Lords and Chaos Knights can hold back the tide of Marines out there?

Author: Thomas / Goatboy
Thomas Reidy, aka Goatboy, the ever-evil member of BoLS. I do arts, play 40k, and even paint a lot of stuff. I have been playing Warhammer 40K since the 1990s, and have won multiple national events including Adepticon and GW GTs. I've been writing for BoLS for 15 years. Look at my Instagram to see what I am working on - or working on for someone. I am always doing something hobby related.
Advertisement
Armylists Chaos Knights Chaos Marines Warhammer 40k
Advertisement 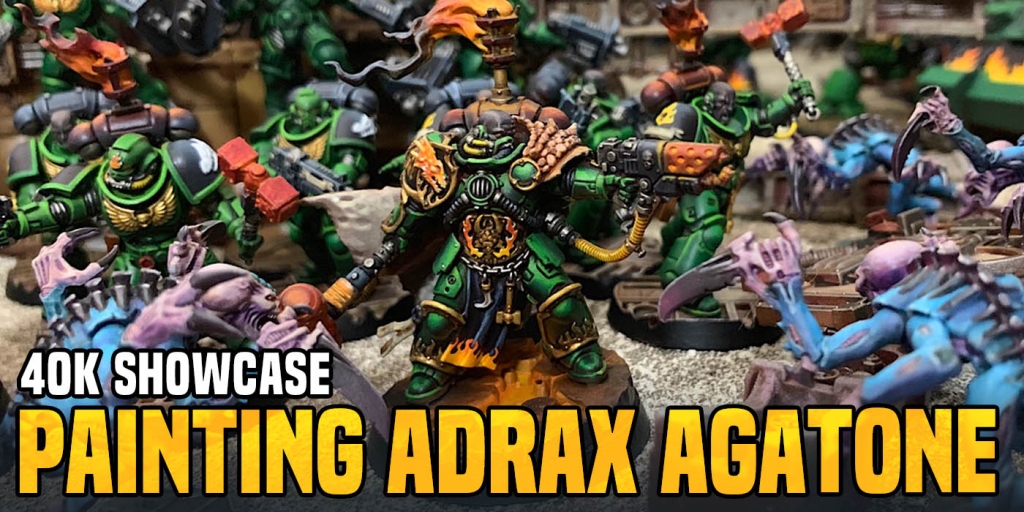