On the Origin of Xenos Species: The Pop Culture Influences of Early Warhammer 40,000 – Prime 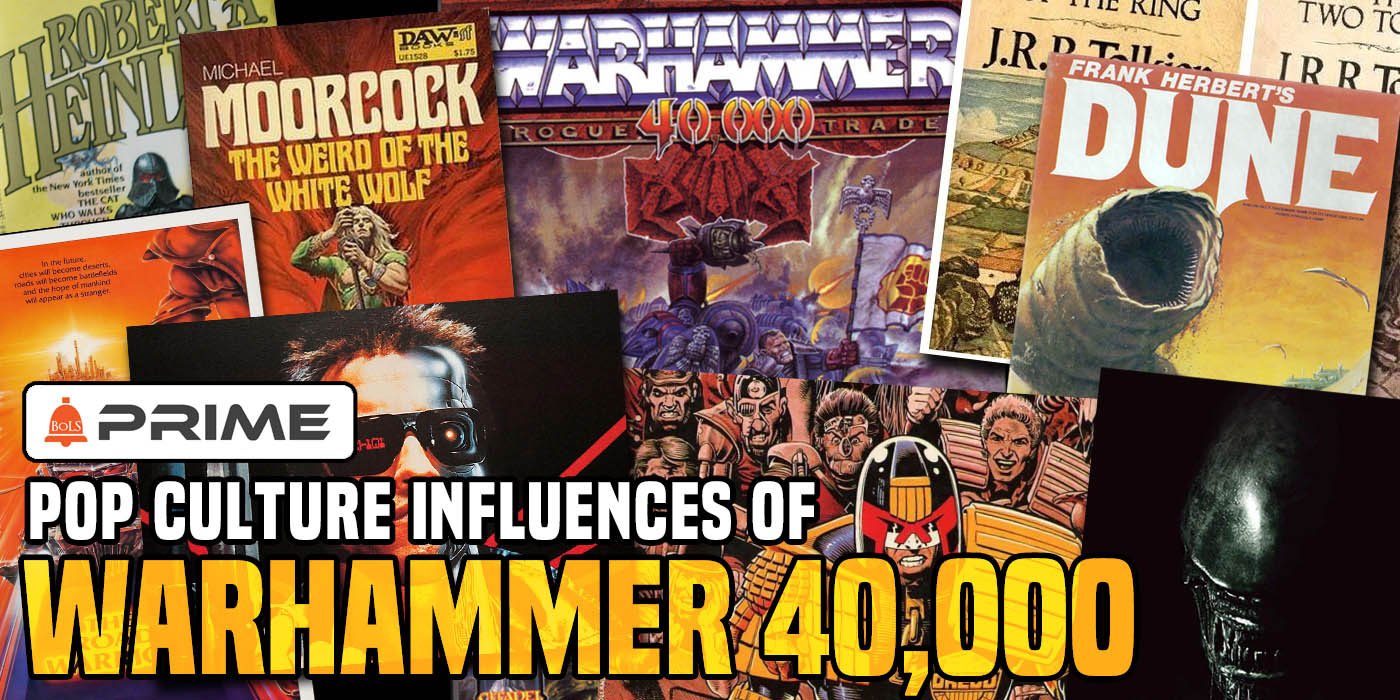 Let's dive into the early influences that helped create Warhammer 40,000.

Warhammer 40,000 has an incredibly evocative setting filled with rich and deep lore that's been created written over the thirty-two-year history of the game. For many people, it's the setting, not the rules or even the miniatures, that draws them in. It's a rich tapestry of stories and setting woven together to create something incredible. While 40K itself is an original setting and story, not all of the elements that make it up are... 100% original. Indeed Warhammer owes its existence to the vast number of sources that influenced and informed the creation of the setting, melting together ideas for many sources to form a (mostly) coherent whole.

Today I want to take a look at some of the major early influences of Warhammer. These are the things that there were borrowed from or adapted to from other sources - what we might call the DNA of the Grim Dark. By suggesting that 40K was influenced by these works, it is not at all to indicate that 40K is derivative or unoriginal. Indeed 40K draws on such a vast array of influences that it took a real genius to meld them together and make them all work, creating something truly original. Hopefully, a look at these early influences will be both interesting and informative.
Notes On Influences
The list I am going to present is not meant to be comprehensiv...