The Psychic Awakening is updating 6 of the Chaos Space Marines. How can GW make them awesome? Look at the 3.5 Chaos Codex for guidance.

If you don’t remember or didn’t play Warhammer 40,000 during the Chaos hey-day of the 3.5 codex you either missed out or dodged a bullet depending on which side of the tabletop you’re on. Among CSM players, the 3.5 Codex is almost legendary in stature. It was the best book they ever had and all the legions had their own rules, too. The 3.5 book is the book to which all over Chaos books are measured against. And now that GW is giving 6 of the CSM legions new rules in Psychic Awakening, we’re taking a look back at a few of the rules we’d like to see return. 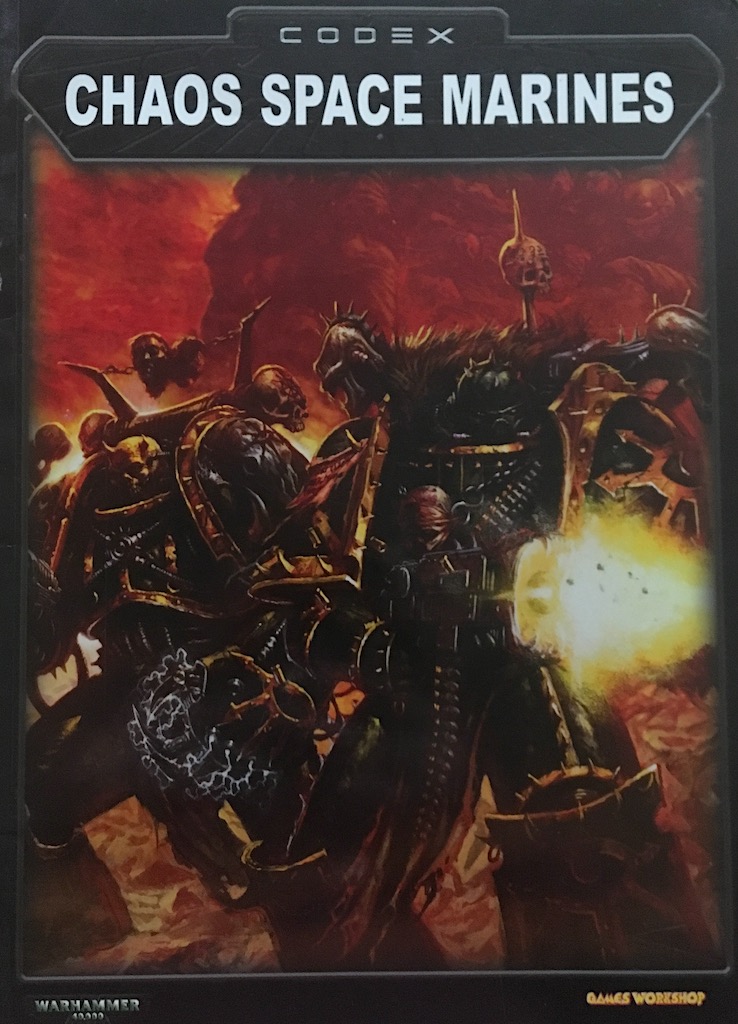 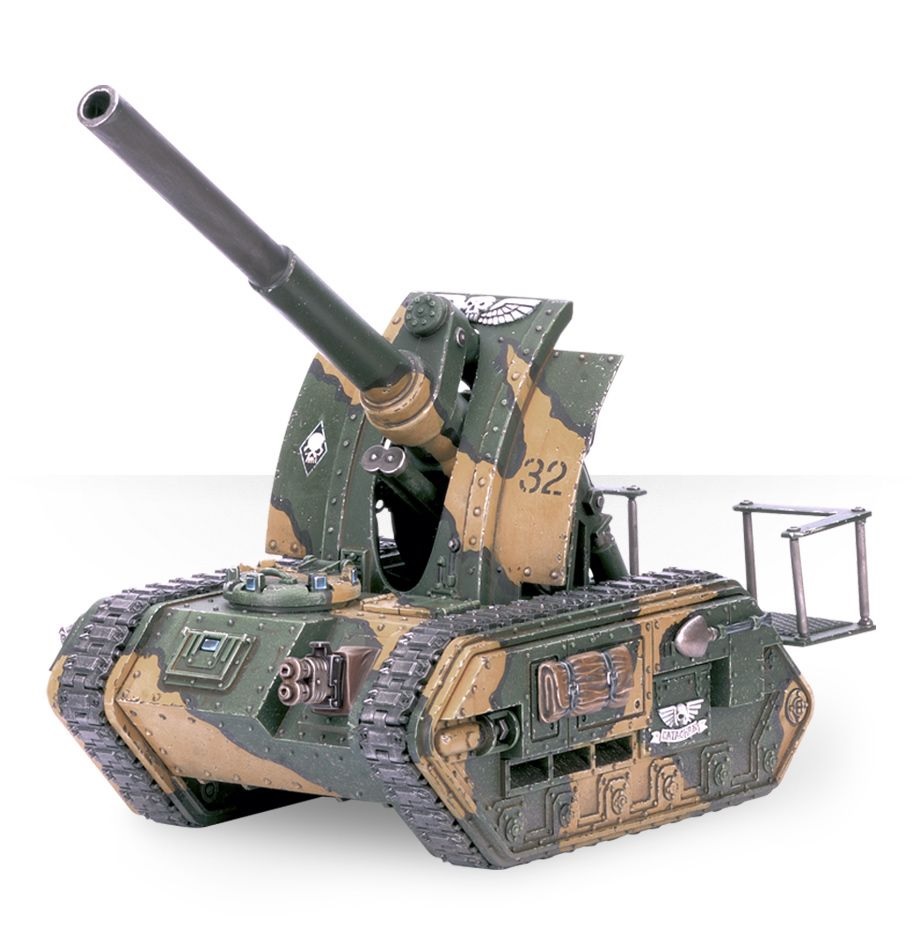 Give them Access to the Basilisk as part of their army – not as an ally slot or anything funky. Just as an additional Heavy Support option. This is an iconic option from the 3.5 Codex and long time Iron Warriors players still bring up stories of how they could take 4 in their list. 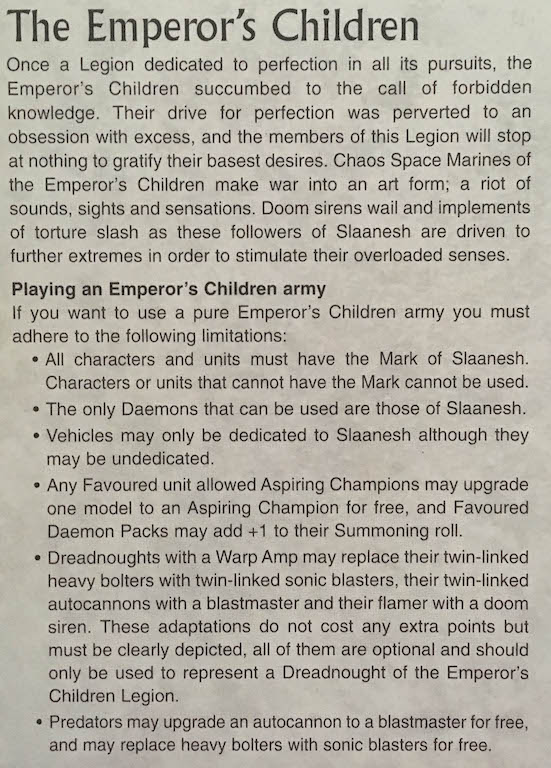 The Emperor’s Children had a set of specific restrictions as you can see in the image above. However, in exchange, they got access to the Sonic Weapons and their own minor Psychic Power sub-set. Some of these rules might not translate to the current game, but the core is there. Giving the Sonic Weapons back to Chaos Marine units would be a good start. Also new psychic powers based around the old minor powers seems like another good starting point for the Emperor’s Children. Lastly, allow them to get a bonus when summoning or using Slaanesh Daemons. 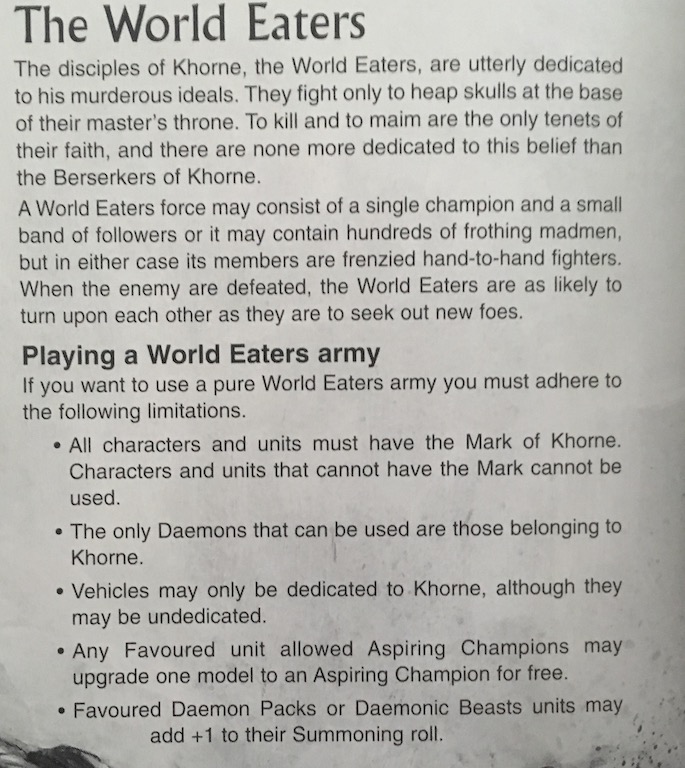 The World Eaters also had some restrictions in their choices (specifically daemons and which Mark they could use) but in exchange they got free Aspiring Champions. They also had access to Blood Frenzy – now this caused a play style that sort of removed choices for your units. It was dubbed “Khornate Electric Football” which basically meant that the army pretty much ran itself. That’s because of the movement “bonus” was around running an extra D6″ but you have to move toward the closest enemy. Sometimes, that was great. Other times you’d see a pack of Berzekers running after an empty rhino for 3 turns.

Blood Frenzy should return with some of the same bonuses, but maybe don’t take away the player choice with that army. 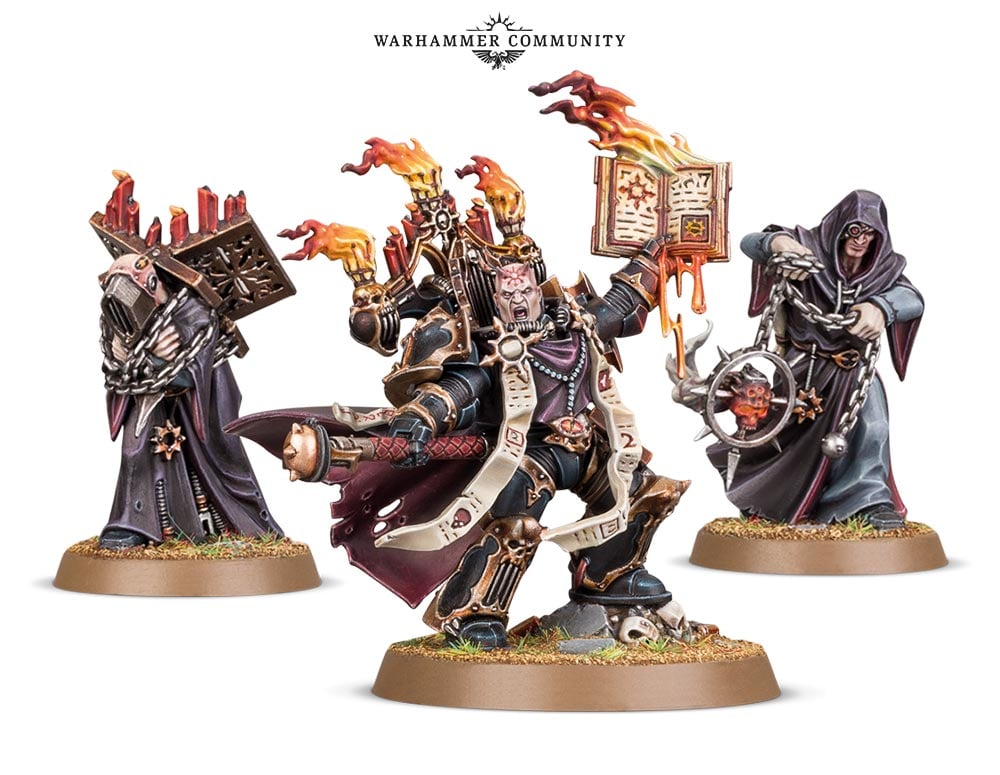 The Word Bearers need to get some of the same crazy bonuses for being the Demagogues they are. They should get more benefits from the Dark Apostles as well. The Word Bearers used to be able to auto-pass morale checks for starters. They could also run a bunch of extra cultists but anyone can do that now thanks to how the Detachments work. That said, between new stratagems, warlord traits, prayers, and relics, I’m pretty sure GW could expand the Word Bearers and make them even more Wordy than they are currently.

The 3.5 Alpha Legion were known for Infiltration and being able to take Chaos Cultists. They also didn’t use Daemons normally. This could be an interesting restriction. And now that everyone can take cultists anyhow, that really leaves the stealthy part of the Alpha Legion. They already get a -1 to be shot thank to their Legion Trait. So what else can they get? Maybe some redeployment tricks? Deepstriking/Infiltration options? All of that and more. Heck, maybe their Cultists could even get their old options of Scout/Assassin/Saboteurs again.

The Night Lords could also take Stealth Adepts as a upgrade. They also traded a Heavy Slot for an extra Fast Attack option. I don’t know how that would work out in the current meta/list building options – but it was their thing. Maybe that is represented by some bonuses to Fast Attack Choices, specifically Raptor units. Combine that with the Stealth to allow Raptor units to do something cool – like get a bonus to their cover save or a re-roll for their charges after they “Deepstrike” – something to that effect. 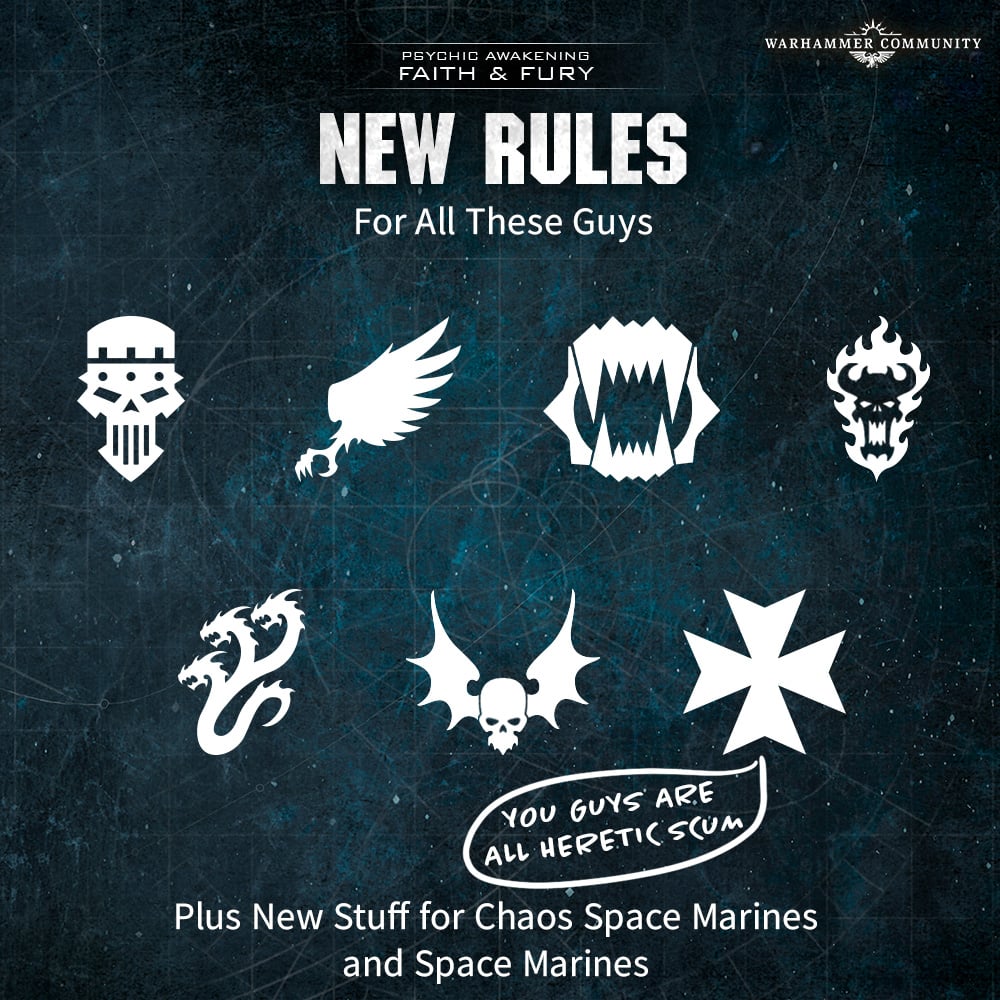 The doors are wide open for the Chaos Legions. If Games Workshop can get the same flavor from the 3.5 codex and inject it into the Faith & Fury book, I think they will make a lot of folks happy.

What crazy rules would you like to see the CSM Legions get in Faith & Fury?