Board Games Retro: The “Donkey Kong” Board Game Was Worth It For The DK Miniature 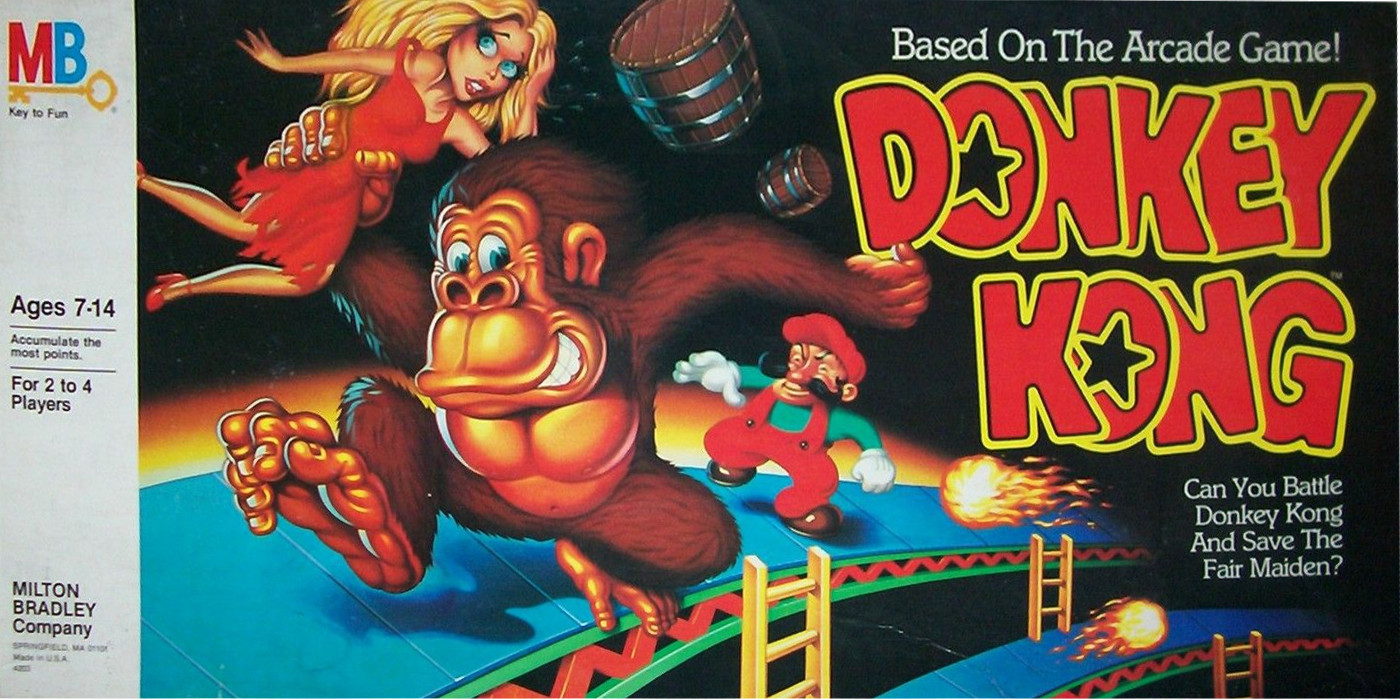 It’s rare board game tie-ins follow the source material very closely, but the DK board game does a surprisingly great job at it.

Recently, I’ve been really into retro video gaming. I bought an NES and SNES from a friend of mine and been going a little overboard on buying up all the old games I used to love. And plenty more I had never heard of. 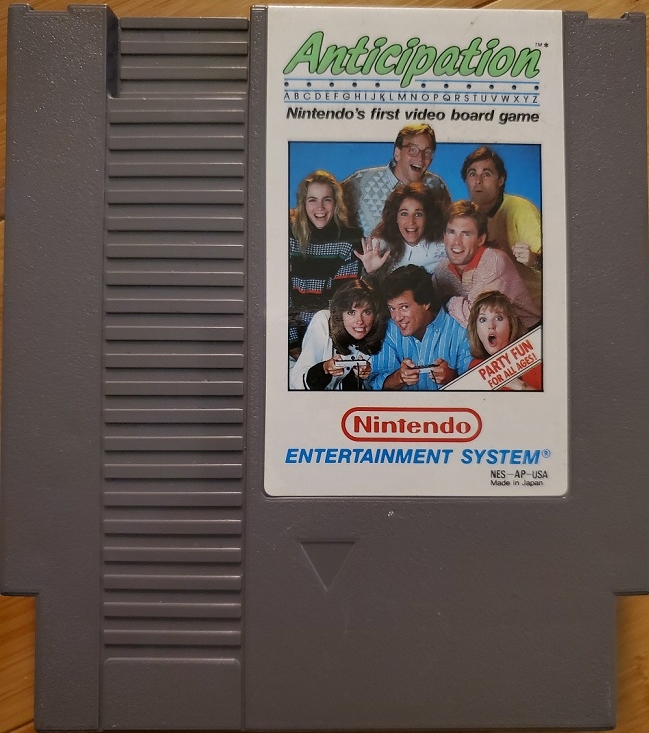 “I want all of their hair.” – My girlfriend upon seeing this label

But, this new/old found love with classic games got me thinking about some other classic games. We’ve already covered a few retro games based off of old video games. As well as a fan-driven passion project to translate a Japan exclusive. Link for that here. …Get it?

Today, we add one more to the list and he’s bigger, faster, and stronger too. He’s the first member of the DK crew. 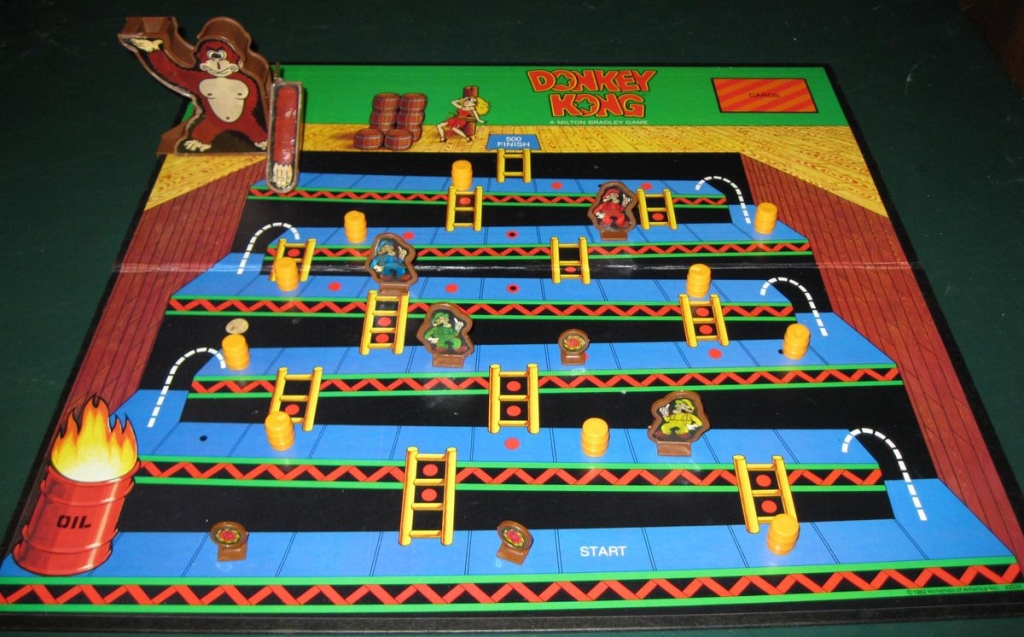 Donkey Kong, the board game, was originally released in 1981 (the same year as the arcade game) with a reprint in the following year. 1982 is what most sources list as the publication year. But know that they have lied. The board game does a pretty great job of following the source material, for as strange as that sounds.

It’s a competitive roll-to-move game with hand management mechanics. The goal of each player is to accumulate the most points. Like I said, follows the arcade machine source material well. The game ends once one player has saved the Fair Maiden. 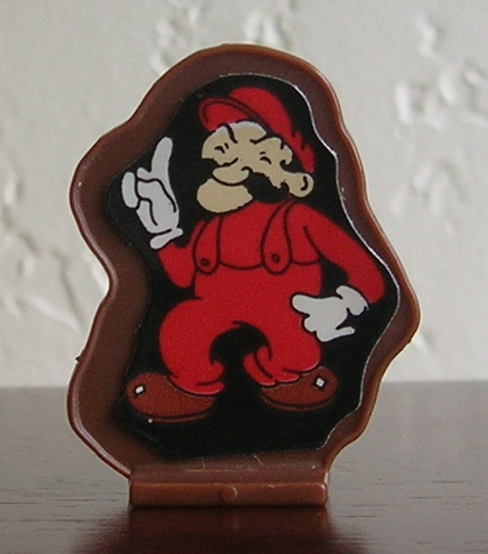 Caption contest: Enter your best in the comments below.

A Little Bit Of History…

…about the video game because the board game doesn’t really have any interesting history.

Most people know that Mario was originally named Jumpman in the American release. But before that Shigeru Miyamoto called him Mr. Video and planned to have him in all of the games he designed. Additionally, the Lady that Jumpman is saving from the clutches of Donkey Kong is named…. Lady. She didn’t become Pauline until much later. Also, Mario is named after Nintendo’s landlord. I feel like everyone also knows that story. 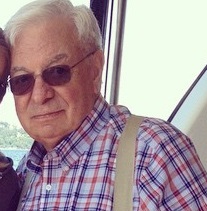 Behold the face of the REAL Mario

Each player spends their turn rolling 2 dice, one for themselves and one for DK and his inanimate minions. 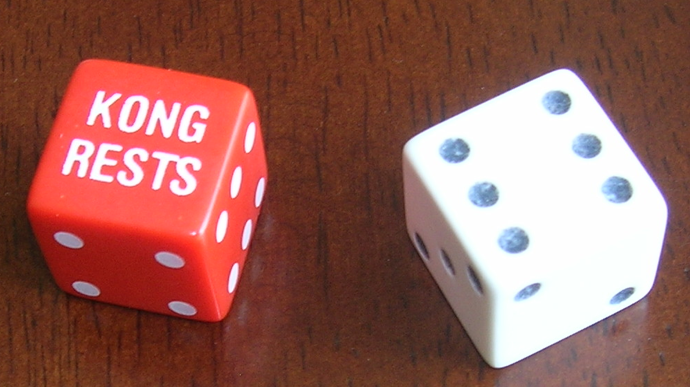 Sometimes an ape need a break.

The player moves as many spaces as they wish, up down, left, right, whatever. This isn’t a race, after all. After they move, every barrel and flame moves down (for barrels) and up (for flames) the number on the red die.

If a barrel or flame would hit a player, they must play a card from their hand to deal with it and to gain points.

Each card played grants that player the listed number of points. So conversely to this being a race, it’s actually more of a hunt to jump and whomp barrels. If a barrel is jumped, the barrel keeps on rollin’. But if it gets hammered, it gets picked up and taken away until it unexpectedly comes back totally ready to go. 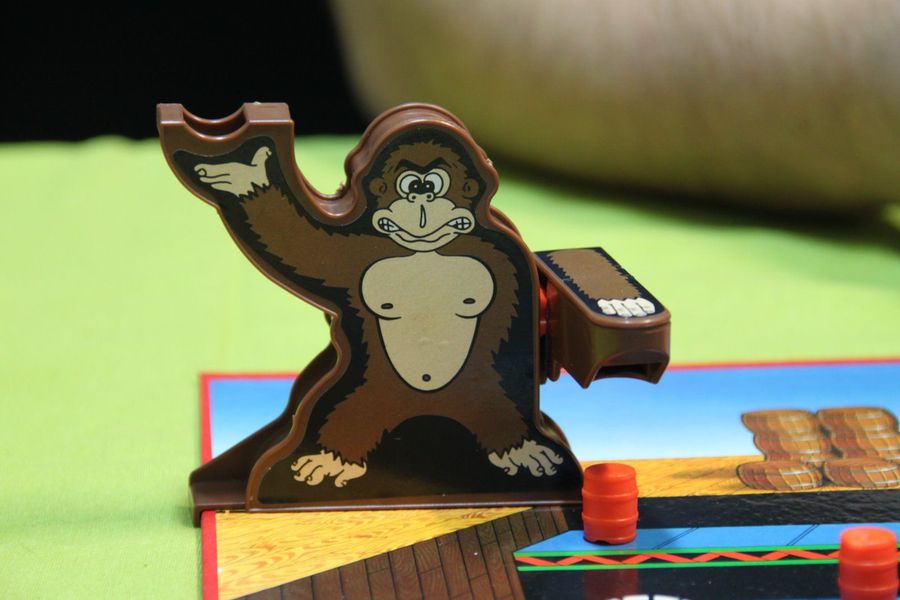 Pictured: Me in that situation I just said

The Donkey Kong board game has an actual DK mechanical figure which drops the barrels on to the board. Loading one into his right hand then pressing down his left, he’ll place it ever so gently upon the space in front of him. Totally unnecessary for gameplay, but still absolutely imperative for the true experience.

This isn’t really so bad. I really dig the idea that they could have just done a “first to save Pauline wins”, but they didn’t. Good on you, Milton Bradley.

The idea of having to run around and get points is pretty revolutionary for 1981. Although, to be fair, this is the same year Axis & Allies and Dark Tower both released. But still, for Milton Bradley, this is a huge step forward. I mean, it would only be 8 more years until they produce the best game ever made.