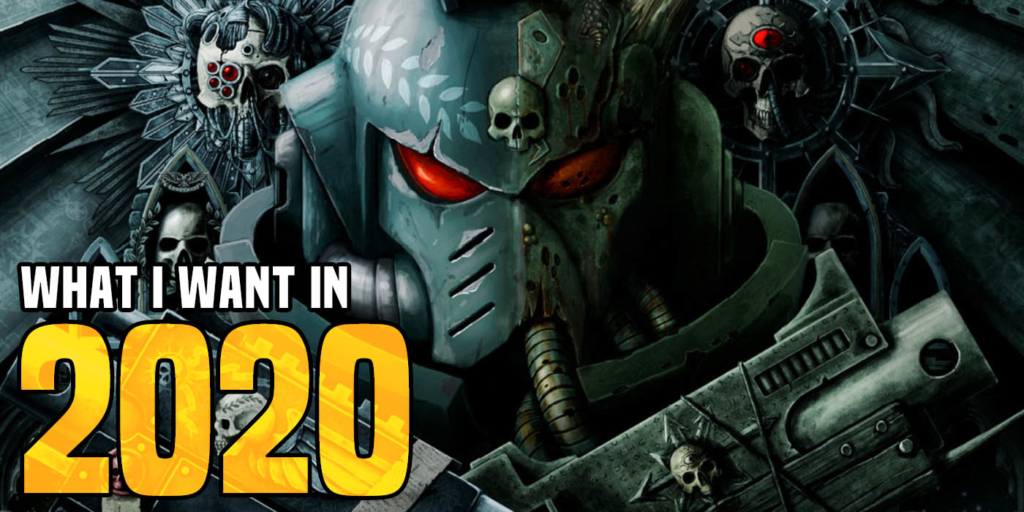 Let’s take a look at what we want out of the coming year.

2019 has been a jammed packed year for 40K and GW in general. The last five months saw at twelve new books released, and the year overall pushed the game to new limits. With the year coming to an end, we are now faced with the bright prospect of a new year filled with untapped potential. Today let’s take a look at five things I’d like to see in the new year.

Eighth Edition has had a good run, but I think even the biggest fan has to admit that it’s getting a little bloated right now. That’s actually relatively natural and understandable. 8th was a big departure from prior editions, and they tried a lot of new stuff out in it. It was clearly an experimental edition and needed to put out a lot of things fast to get the game back to where it had been. Now it’s really time to take a look at the game and streamline it a bit. 8th was sold to players as a streamlined edition, but that’s just not the case anymore. 9th doesn’t need to make massive changes (as much as I might want some), but it does need to look at re-balancing the game and to make it a little easier to play. 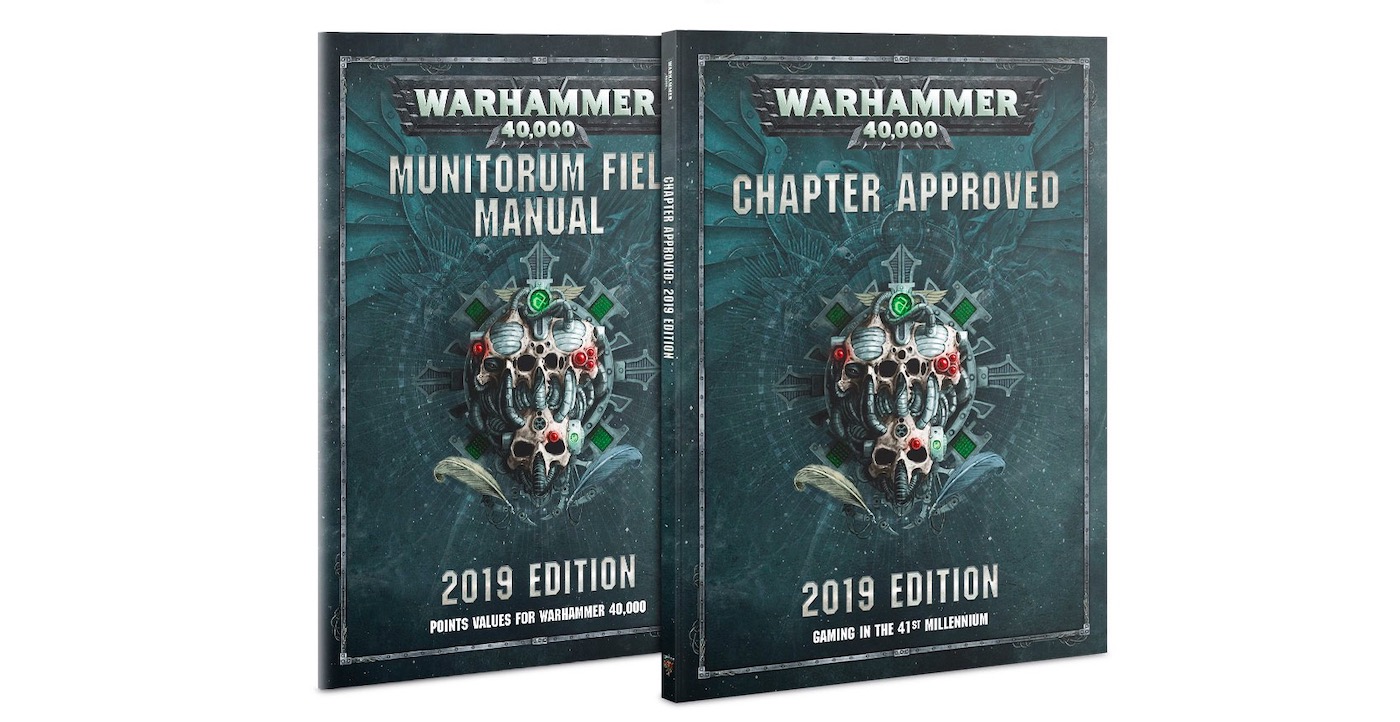 Please, god, please. I’ve wanted this pretty much every single year, and the fact that we don’t have one yet is mind-boggling. Simply put, 8th is a hard edition to build an army in. You often end up needing several books, and with the points not being on the datasheets you’ve got to flip around a lot. Things got a little better with CA 2019 because they put all the points in one place, at least. However, that clearly won’t last as new units and books are released. A GW app would fix all that and streamline everything. AoS has a great app that does everything I want out of an app, so it is incredibly odd that 40K doesn’t have one. A lot of people just use 3rd party apps already, but GW needs to get moving and provide one of their own. The introduction of 9th Edition would be a great time to do this.

3. A Satisfying End to Psychic Awakening

Psychic Awakening got some major hype from GW, calling it as big or bigger than the Horus Hersey. It’s put out three books this year, and we know of at least three more coming next year, with likely more to follow after that. While the series has delivered on new rules and units, many of which where needed updates, the fluff has kind of been, well weird. Right now it’s still kind of hard to see where all this is going, or why it is such a big deal. The series is likely going to end next year, I predict in June or July and that it will lead into 9th Edition as Gathering Storm did between 7th-8th. Hopefully, the end will be satisfying and have an actual impact, in some way living up to the hype and producing real change.

2. A Refresh of the Astra Militarium Range

Astra Militarium is an old, popular, and huge range of miniatures. They are also my one true 40K love. While they are a hugely important part of the lore and game, the core of the army is ancient. The army is really in kind of an odd spot, like the Space Marines, especially before the introduction of Primaris. They’ve gotten updates and new units. They’ve slowly had tanks added to the list, Tempestus Scions and Ogryns got a refresh, and they’ve had other updates. Still, the bulk of the army is running off of old 2nd and 3rd edition models that could use an update. This is especially true when it comes to infantry, which is ancient. Updating a few units would be easy and add a ton. This is also a great area to improve on female representation, as the Astra Militarium is a mixed-gender formation.

1. GW Making Good On Its Promise For Better Representation

GW has said that they want to build a more diverse game and community. They’ve talked about making sure all people are better represented in 40K (and AoS and their other games). However, as we’ve seen, they haven’t really delivered on this in 40K yet. The studio tends to work pretty far in advance, about three years. However, the original post was from more than two years ago and if they were posting about it publicly we could assume things had been underway for a bit already. That means 2020 is the year that we should really see things hitting shelves and tables.  I don’t care what it is, more, female guardswomen, female T’au, plastic Sister of Battle, more non-Caucasian models, whatever. Let’s just see it. Let’s do this thing that we should have done years ago and make 40K a place where everyone can feel at home.

Let us know what you want to see from 2020, down in the comments!

Warhammer 40K: Master Lazarus of the Dark Angels - A Re-introduction 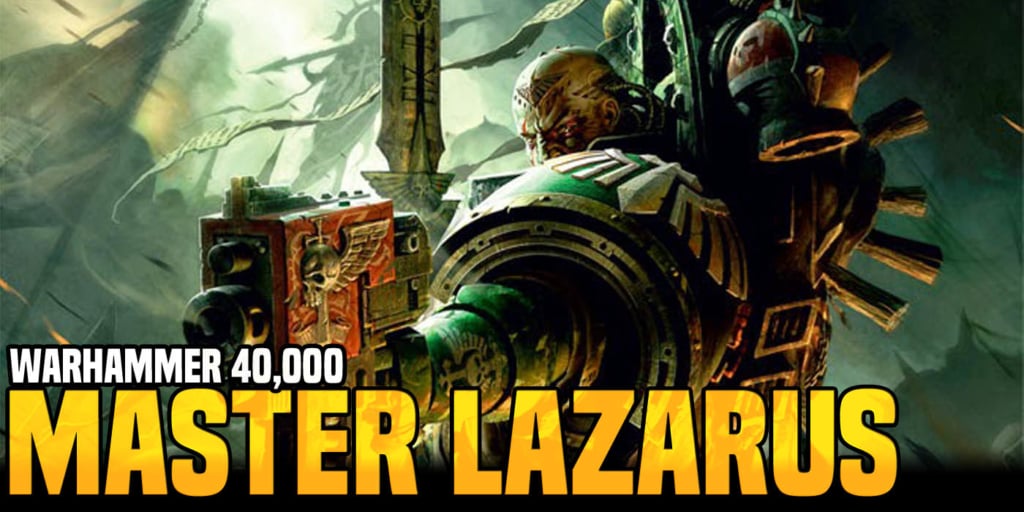