D&D: Five Magic Items With A Will (And Life) Of Their Own 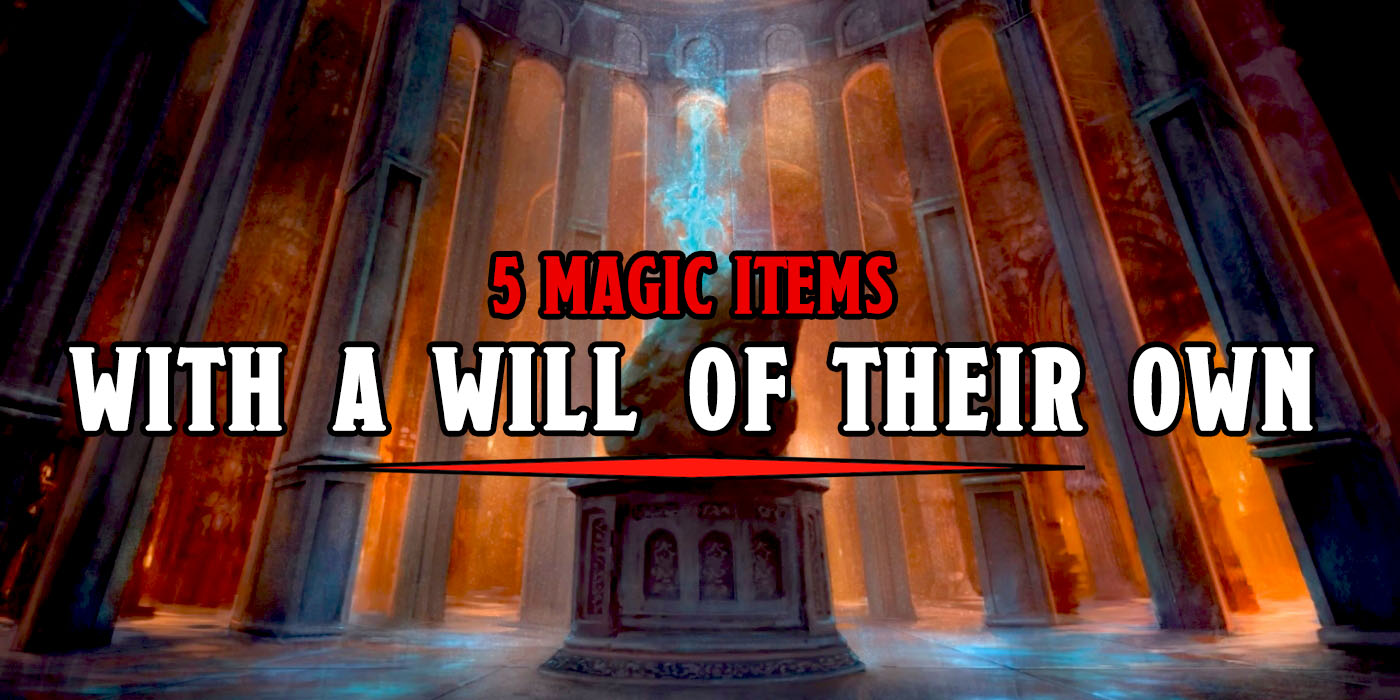 Inject a little (or a whole lot) of personality into your game with a sentient magic item. Here are five famous items with a life all their own.

Magic items can be a great way to tell a little story about the world you’re in. Finding even the most mundane magic item can be a memorable moment, as we’ve talked about before, but sometimes you want to give a little character that lasts a long while. That’s where we turn to magic items with a mind of their own. Sentient weapons are a staple of fantasy adventures, and especially of D&D. So here are five magic items with a whole lot of personality. 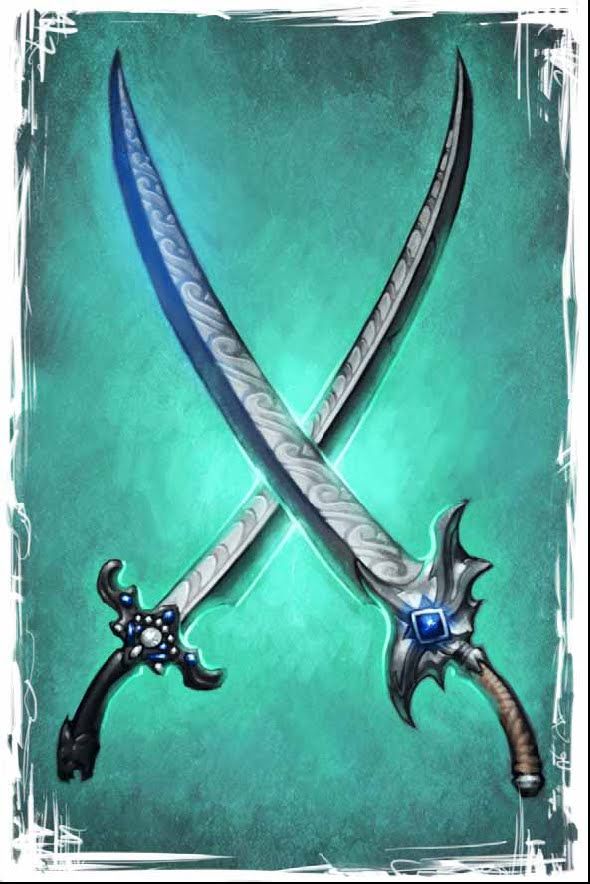 Icingdeath is famous for being paired with Twinkle, the other sword wielded by one of the most famous drow rangers of all time–but it’s got a mind and personality all its own. As an evil outsider bane weapon, according to its 3.x stats, this weapon hates planar creatures that try to meddle with the lower planes–the perfect choice for a Hexblade looking to be more of a Guardian/Devil Hunter type. 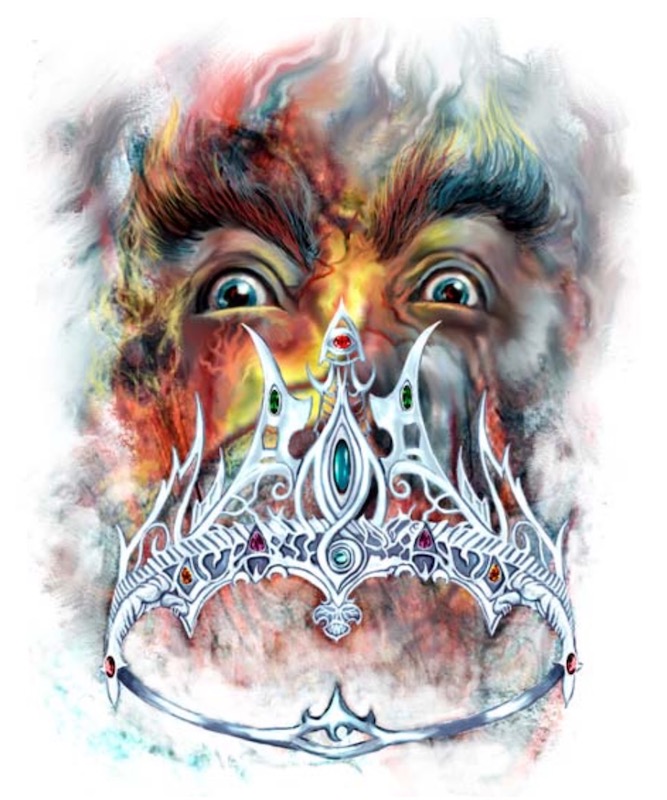 Not technically a magic sword, but this magic circlet has a gruesome origin story that makes it worthy enough to swear fealty to. As the story goes, Karrak-Dur was a powerful psionicist who once traveled the land looking to literally match wits with the best of them. Such was his arrogance and hubris that he challenged a mind flayer and had his brain eaten and mind trapped in a gold circlet–now this egomaniac seeks to drive those who possess the circlet to rule the world with the power of their mind–a perfect Warlock patron if ever there was one. 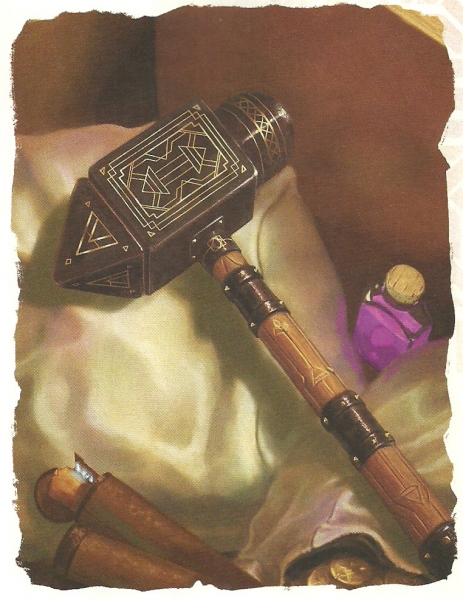 Why should Blackrazor be the only weapon from White Plume Mountain to get to have Warlocks? Sure it’s not a blade forged from the stuff of shadows, but this intelligent magic sword hates crowds, loves causing shockwaves, and finding secret things. We could see patrons of this magic hammer traveling to the hidden places in the world to try and uncover buried secrets for Whelm. 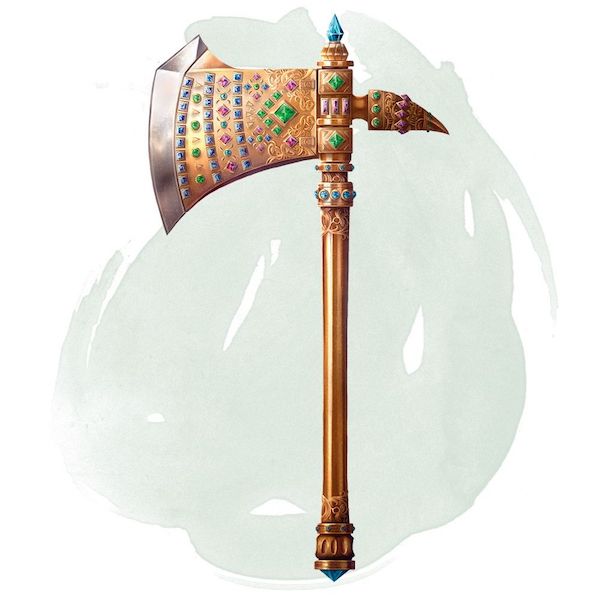 It’s a dwarfstravaganza here. The Axe of the Dwarvish Lords is a powerful artifact that commands people to benefit all dwarves, granting them much of their qualities. It is a pretty easy jump to Warlock Patron status, commanding dwarven warlocks to go out and wield great power in the name of this bejeweled axe. 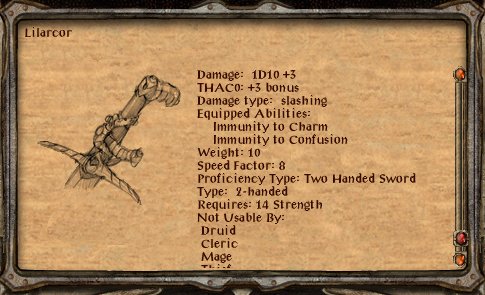 My personal favorite. This talking sword is particularly loquacious, as can be seen in Baldur’s Gate 2. A wisecracking magic sword that definitely wasn’t a former peasant of questionable intelligence? What more do you want out of a patron? 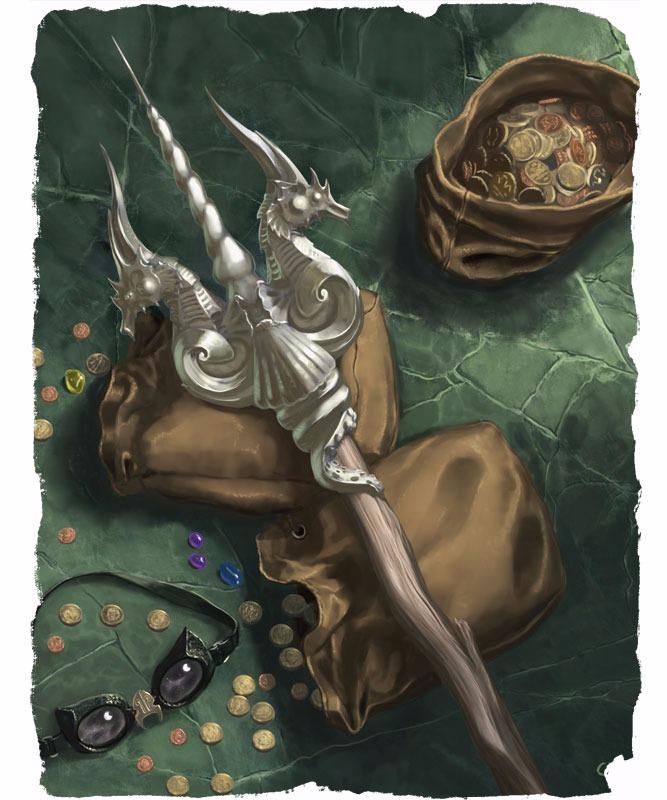 This magic weapon out of White Plume Mountain is a fantastically powerful trident that is as old as of 1st Edition. Does this legendary weapon imbue its victims with the powers of the sea–ancient sea powers given to a hexblade? Hmm, no, dunno if that would work or not.

At any rate, the next time you’re putting a treasure hoard together…stop and consider one of these items. Happy adventuring!