Star Wars: What The High Republic Means For Games

This week Lucasfilms announced the next big thing for Star Wars. Developed under the title Project Luminous, they are bringing Star Wars stories to the High Republic. This is a new era of Star Wars that hasn’t really been explored yet. Set a few hundred years before the Prequels this is a period when the Republic and the Jedi where at their height. The stories appear to be focused on the Republic’s frontier, with the majority of the galaxy at peace, and its been described as a sort of the (Jedi) Knight of the Round Table meets Westerns. Right now the plans seem limited to books and comics, but any new ear opens up a lot of options for tabletop games. Lets take a look at what some of these could be.

One obvious place to that the High Republic could effect is tabletop war games such as Legion, X-Wing and Armada. While a new era is rife with possibility, we don’t yet know enough about the period to say how well it translates to larger scale wargames. From what has been hinted at in current sources this is a period when the Republic doesn’t have a standing military, and relies on the Jedi, a peacekeeping force, and local forces to deal with any issues. Recall that the whole reason the Clones where needed was this very lack of a military. In addition to that the Republic doesn’t have any major foes, the “bad guys” in the High Republic are the Nihil and they are described as “space Vikings” yet they seem to be a threat to the outer regions only and its not clear if they are small pirate bands or a larger military force. This is also a period when, at least according to existing sources, the Sith are deep in hiding, and thought destroyed, so no Sith to fight here. 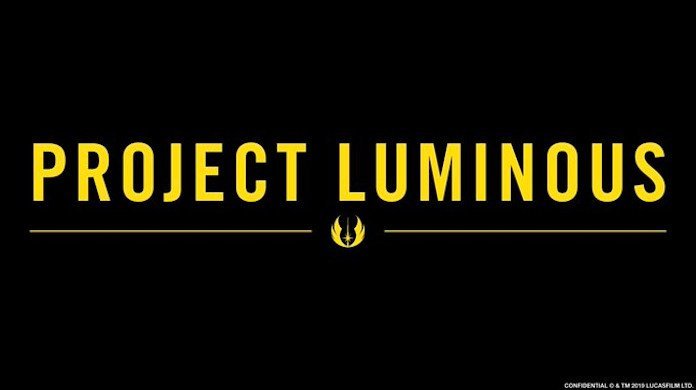 All this goes to say that the era does not seem to be a great fit for the larger scale combat games like Armada or Legion. No doubt the setting will still provide good ground for a game like X-Wing- I doubt you could have a whole period of Star Wars storytelling without some dogfights; it wouldn’t be much of a star war then would it? So we will likely see a ton of new freighters, fighters and other small craft introduced that X-Wing could steal from. Given that the project is just now kicking off I wouldn’t exspect anything for a while, but you could see the potential for a few new factions, maybe a Jedi faction, a High Republic Faction, a Nihil faction and an expansion of Scum and Villainy. Lots of possibilities.  It does seem this era would also be good for some kind of small skirmish game, like the now defunct Imperial Assault. 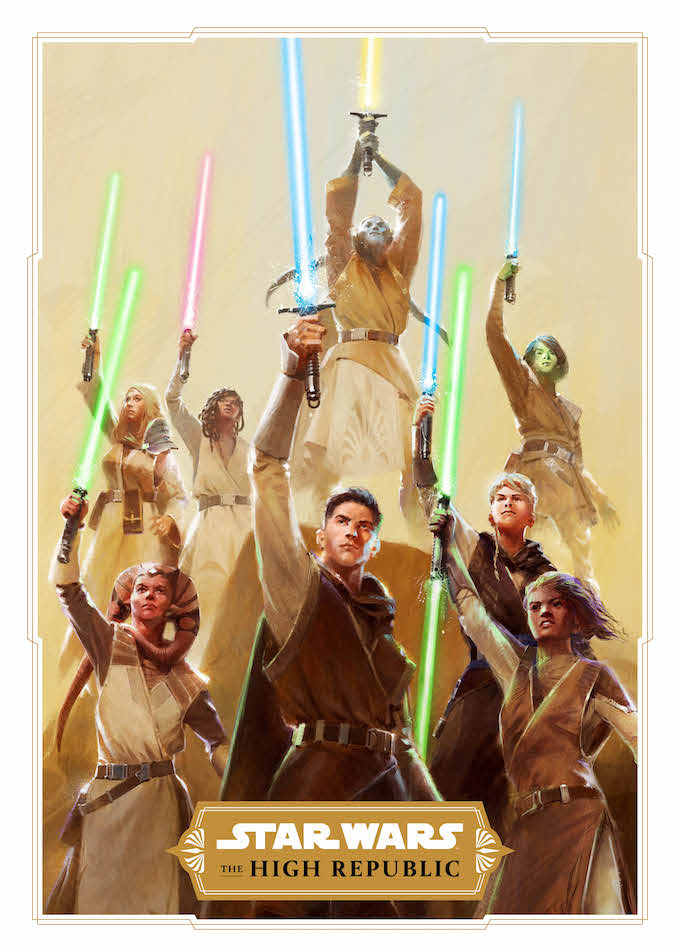 The High Republic Era seems the pitch perfect setting for an RPG. It’s literally described as a time when bands of adventurers (Jedi mostly, but also smugglers and scum) are out having adventures on the edge of known space. While the other eras all have their points, they tend to get dominated by either the galaxy wide wars or the events of the movies. Having a very open ended setting, without, at least so far as we’ve seen, such a major galaxy spanning event, but instead focusing more on small stories and adventures in the universe is fertile ground for an RPG. In particular a game system based around playing a group of Jedi adventurers sounds pretty rad. Sadly the future of Star Wars RPGs is somewhat unknown right now. Reports indicate that FFG is shutting down its RPG department, which includes the current Star Wars RPG system. It’s not clear, if anything, will replace the FFG Star Wars game, though I would hazard that a property as important as Star Wars will not go long without an RPG. 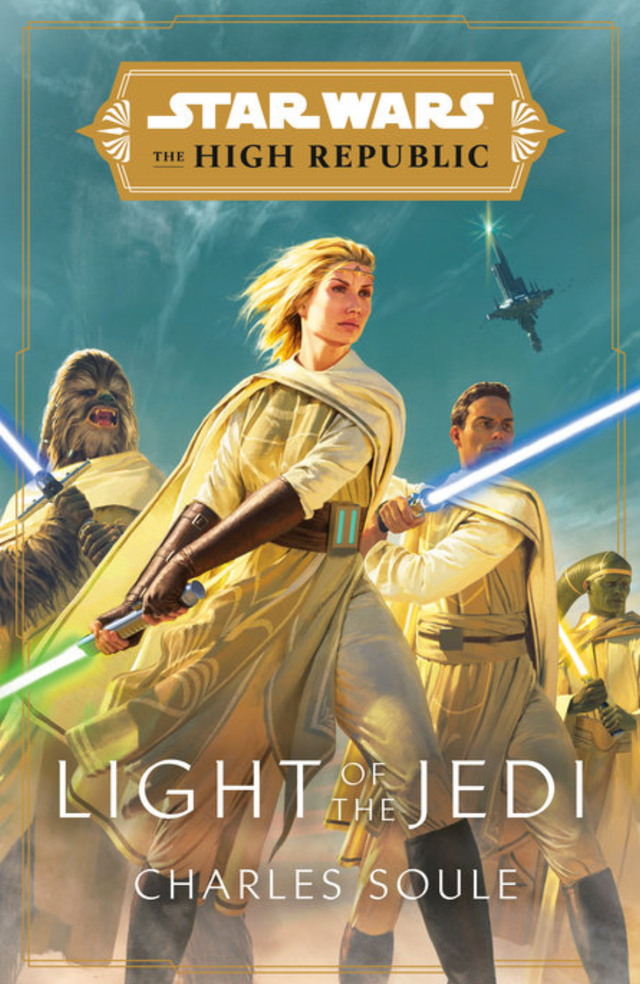 This is kind of a gimme. Any new setting will provide opportunities for new cards for any kind of Star Wars card game, though those seem to be a dying breed these days. Likewise there will be room to make new boardgames, as long as there is a setting and art you can make one. If they get made remains to been seen, and likely depends on if the era is popular. For this one we will just have to see. 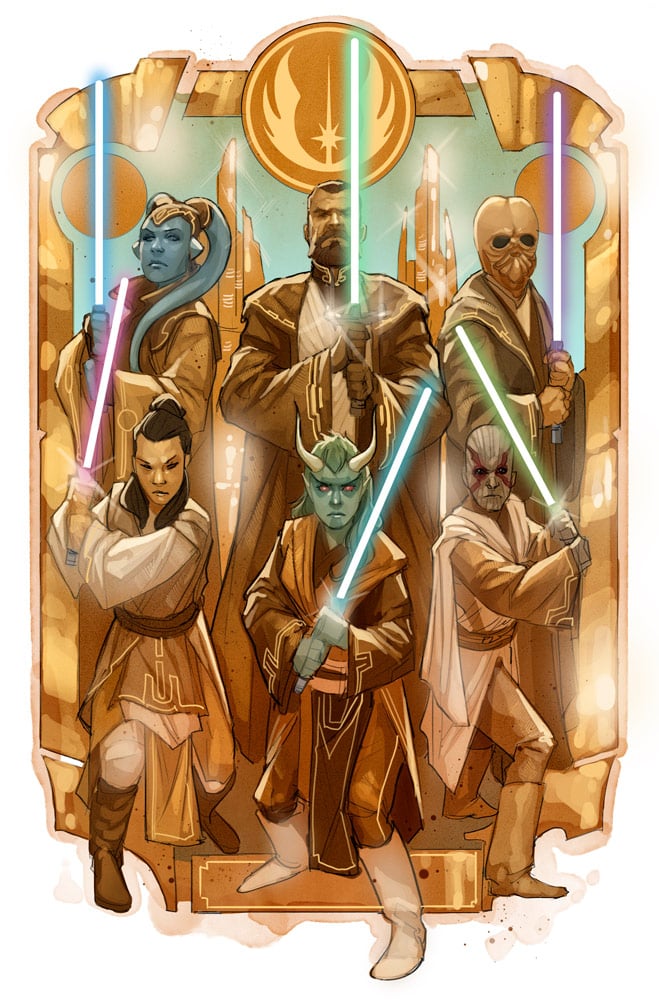 Anyway you cut it The High Republic is something to be interested in. It’s a exciting new expansion to the Star Wars canon and it has the advantage of not being tied to any of the existing works so it has a lot of freedom. We still don’t know the full extent of plans, but I have not doubt there will be some effect on gamers.

Let us know if you are excited for this new era, down in the comments!