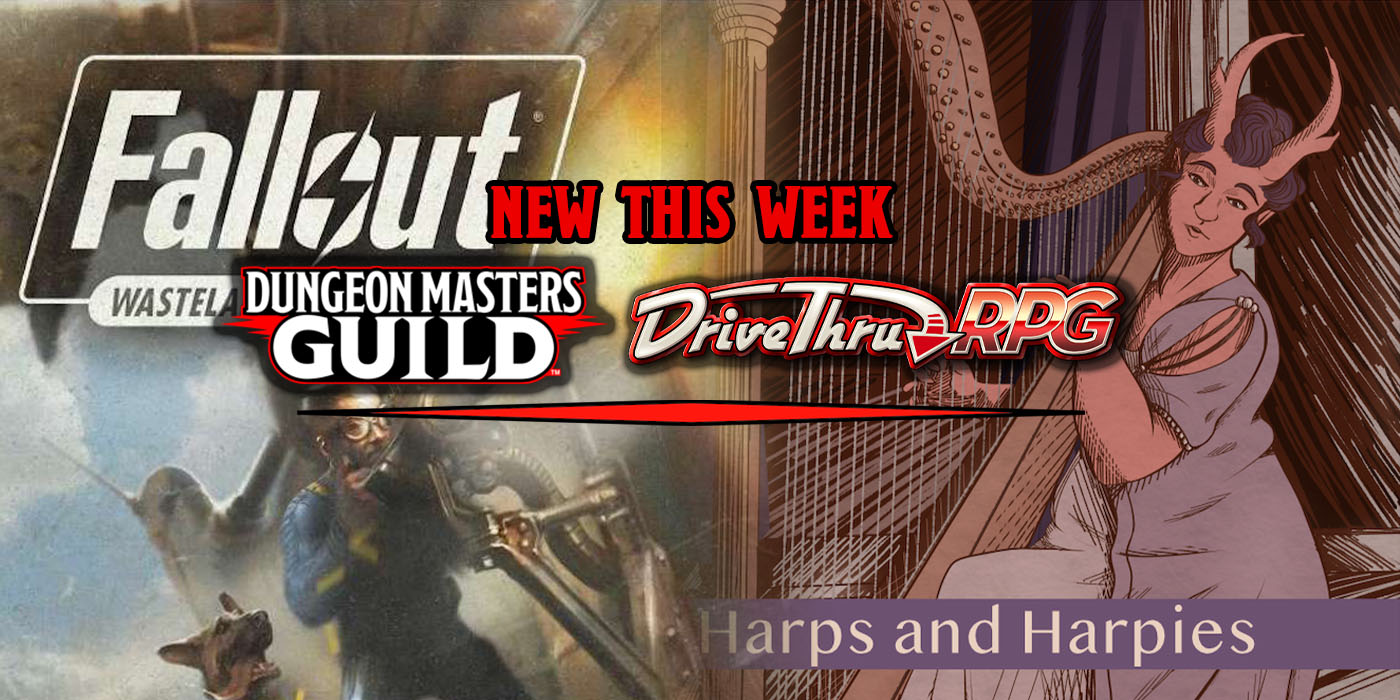 Forbidden temples, time travel, and Fallout; this week DM’s Guild and DriveThru RPG have a little something for everyone!

Legend of the Twisting Temple 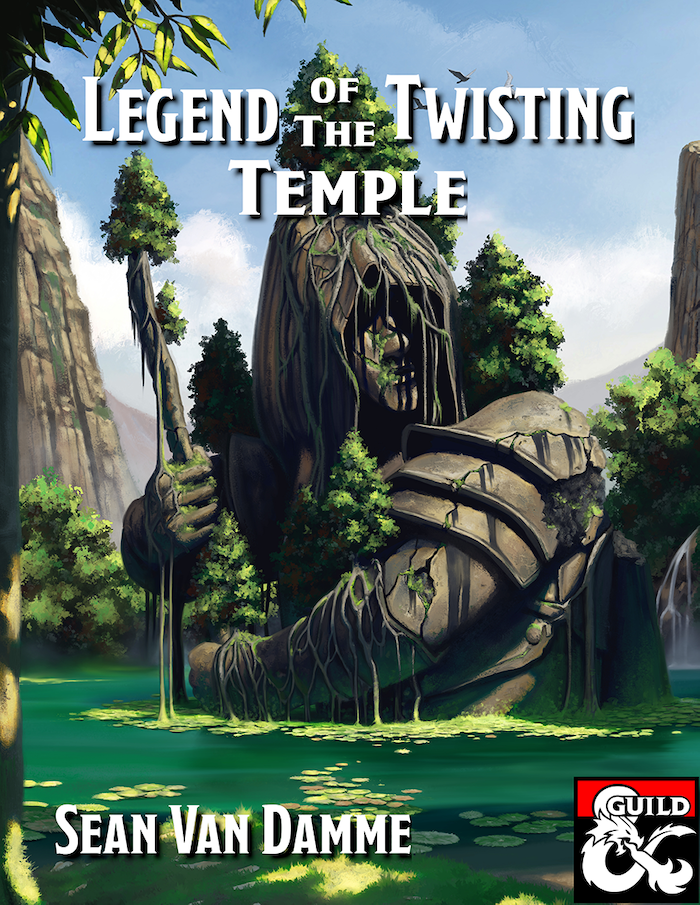 “Deep in the jungle of Chult is a lost temple to Ubtao, the building itself a literal maze that can be twisted and turned. Designed to kill those who do not show reverence to the Gods. The place has had a storied history as a tomb, a trading outpost, and a rebel stronghold. All of those ventures ended in tragedy and death as the temple exacted its price from those who would dare to use it. Now the treasure is calling to the party, do they dare delve into the Twisting Temple.

Legend of the Twisting Temple, is a large puzzle box dungeon designed for characters between level 7-9 and contains adventure hooks to make it easy to run as a standalone dungeon, or to integrate it into your Tomb of Annihilation game. “

I love seeing more challenging dungeons for stronger characters, not every prefab adventure is a group’s first time traveling together and not every DM using a module is doing it for their first time. Twisting Temple looks like a classic dungeon crawl with some fun twists; I definitely want to dig a little farther into that rebel stronghold and learn what’s stopping adventurers from coming back! 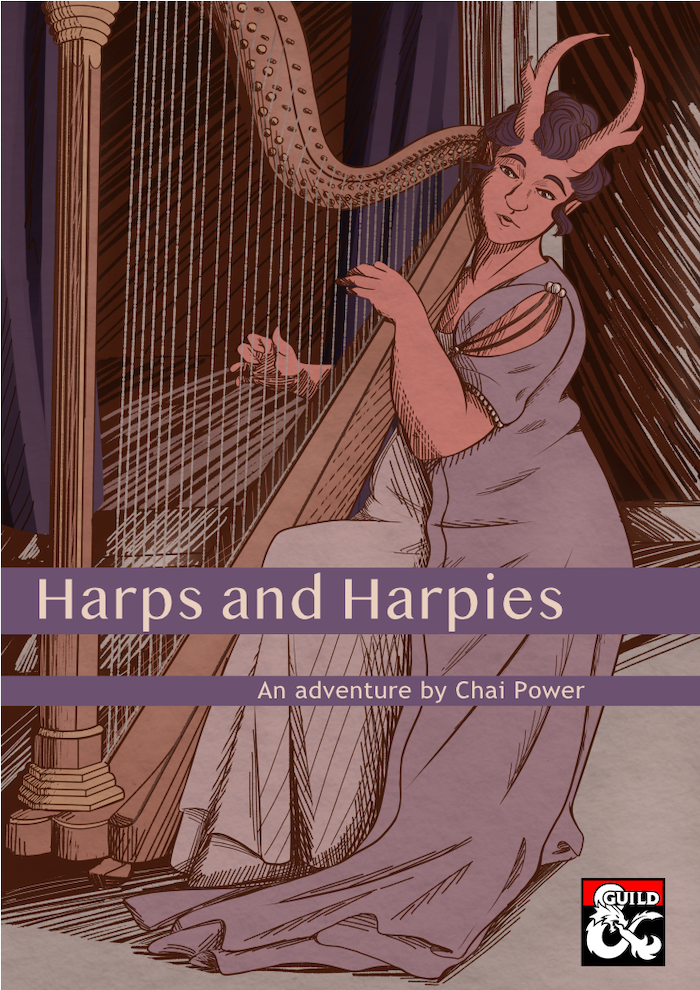 “Stonetide is a coastal town with a harpy problem. A nearby island called Pénthos houses a nest of harpies that attack any ships sailing close by. Legend persists that sailors used to be free to travel to it, because a woman sang to the harpies and soothed them. But she was lost to the sea, and without music, the harpies attack anyone who dares approach their home.

Aegis Roulade is closer to this legend than anyone. That singer was his great-aunt, and his family wants him to retrieve her lost harp, thought to be left on the island. He hires a group of adventurers to protect him while he searches the island in hopes of finding the famed instrument and, perhaps, the truth behind his great-aunt’s death.

“Harps and Harpies” is a five hour Tier 1 adventure, built for 3-5 players at character level 4. It features aquatic themed encounters, skill challenges, and a story of love that transcends species.”

This story sounds so good that I want to dive right in. Aquatic encounters? Star-crossed lovers? Magic in music? Sign me up. The plot sounds like one that would be interesting to read a book about, and getting involved in that world only makes it more fun. 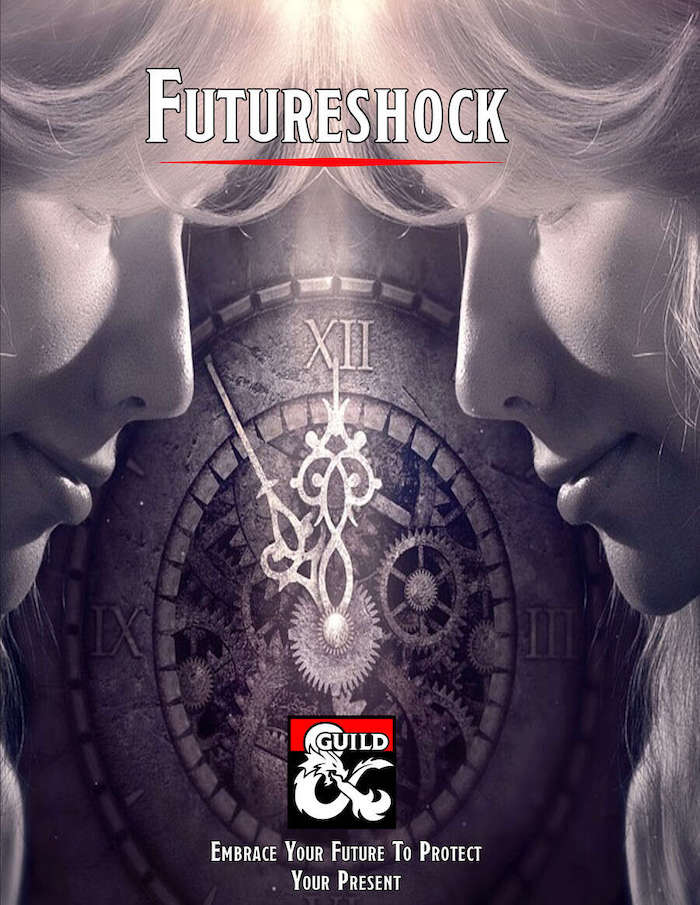 “What if you could change your past?

What if you could reach back in time and help yourself become the person you are today?

A warlock with a Futureshock patron has made a pact with a future version of themselves. One who has achieved power beyond the warlock’s wildest dreams.

However, the past is a foreign country, and the relationship might not be as easy as it first seems.

Gain access to your patron’s memories of things that have yet to happen and use them to reshape your future or protect your present!”

This concept looks so interesting. Time travel and how messy and strange altering the past can get has long been one of my favorite sci-fi tropes and it’s always fun to see how it can pop up and be used in D&D. Plus, who hasn’t fantasized about changing a few things in their own past? Futureshock combines sci-fi and fantasy elements in a way that promises to be seamless, engaging, and very very cool.

Three Orcs and a Baby 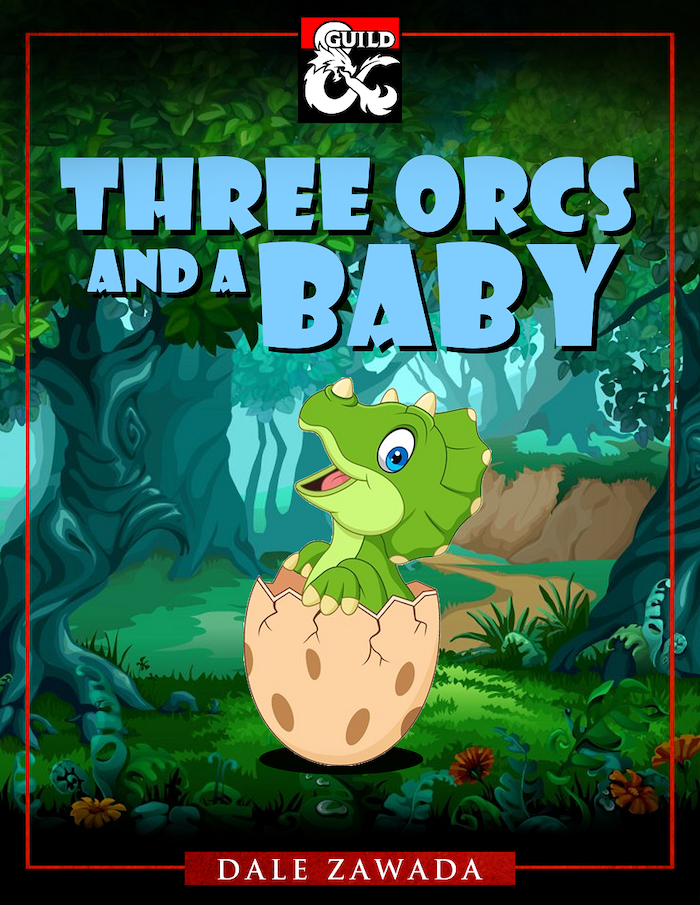 Three Orcs and a Baby is a 4-5 hour one-shot adventure for five 5th-7th level characters. It begins with a classic premise (wagon ambush) that spirals out of control. There are interesting enemies, encounters, and potential companions.

The adventurers are hired to ambush a black market wagon coming and bring the contents back to the town’s potion master. Inside the wagon is a triceratops egg, and it’s about to hatch.

How will the party respond? Will they bring the contents back to the potion master and fulfill their deal? Will they end up with a pet triceratops? Will they even survive the adventure after pissing off the Night Masks and their vampire council. Play Three Orcs and a Baby today to find out!”

Why is there a triceratops in that wagon? Will your party keep it? Will they appease the vampire council or mess with them on purpose? This module looks hilarious and fun in a way that we all need. Treat yourself to Three Orcs and a Baby, if nothing else, for the amazing title and that very good cover art. 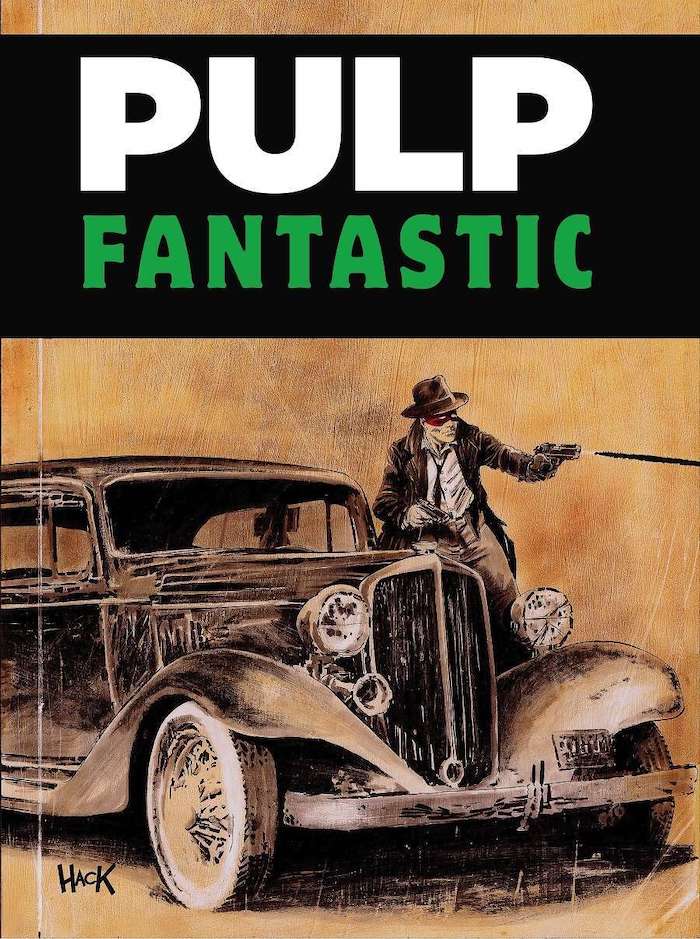 (No art – Prototype Edition) This version is not laid out and contains no art. Sales of this product will help with those elements, and of course anyone that purchases this product will get the final product updated free of charge.

In the years after the Great War dawns a new age of heroic adventure!

From the gleaming spires of the big city, to the steaming jungles of Skull Island, brave men and women fight the forces of evil, carving their legends into the history of the 20thCentury. It is an age of exploration and daring. An age of discovery, peril and mad science. It is the age of Pulp Fantastic!

Pulp Fantastic is a fast-paced game of action and adventure, where stalwart heroes face down dastardly villains, weird menaces and bizarre monstrosities in the name of all that is right and true!

Pulp Fantastic contains everything you need to create your own high-octane pulp adventures featuring masked avengers, mad scientists, gritty gumshoes or any other kind of pulp hero you can imagine. Included are a gazetteer and timeline of the Pulp Era, rules for creating vile villains and strange inventions, and a bestiary of monstrous creatures!

Adventure calls! Will you answer?”

Pulp stories are so aesthetic and different from any of the standard fantasy fare we usually play within. Jump into a world of car chases, fantastical science, and gritty detective work with Pulp Fantastic and live out the old-timey adventure you’ve always dreamed of. You can get back to dragons next week. 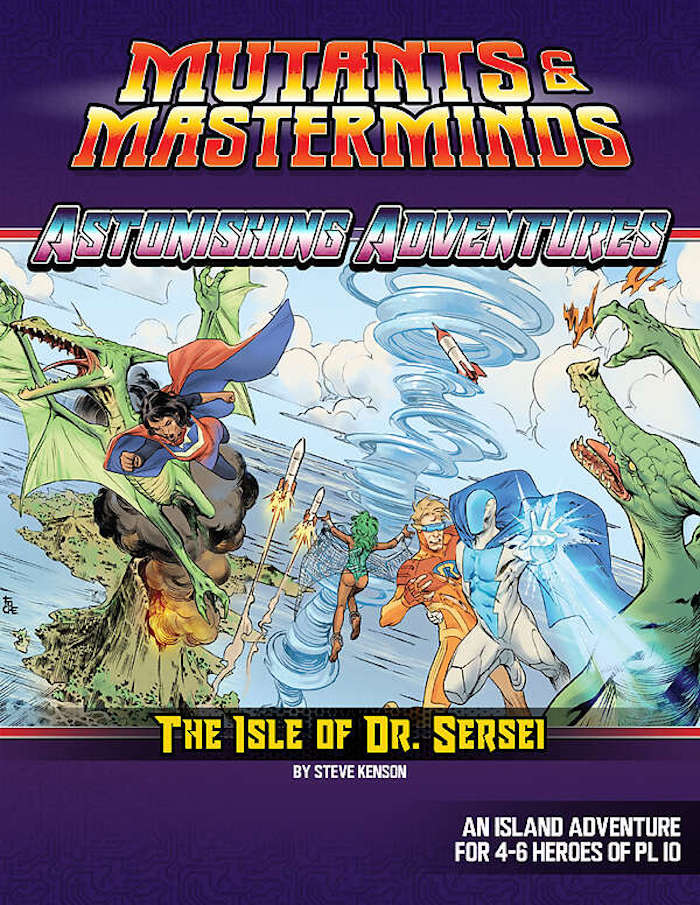 “From ignored eco-activist to feared mad scientist, Dr. Sersei will save the world, even if it means unleashing a plague that could wipe out half of humanity! The heroes have located her secret island base, and the clock is ticking before virus-laden missiles blast off to change the Earth forever. Are superpowers any match an army of mercenaries and mutants, or will the heroes meet their end on the Isle of Dr. Sersei?

Astonishing Adventures bring exciting new adventures for Mutants & Masterminds, Third Edition to you every single month, complete with all the action and villains you need to bring the story to life!”

Super Hero games are always a good time, and Mutants & Masterminds captures that exact feeling so well. Make your favorite superhero and protect the world from the newest super-plague. Will the planet stay intact? How about your secret identity? 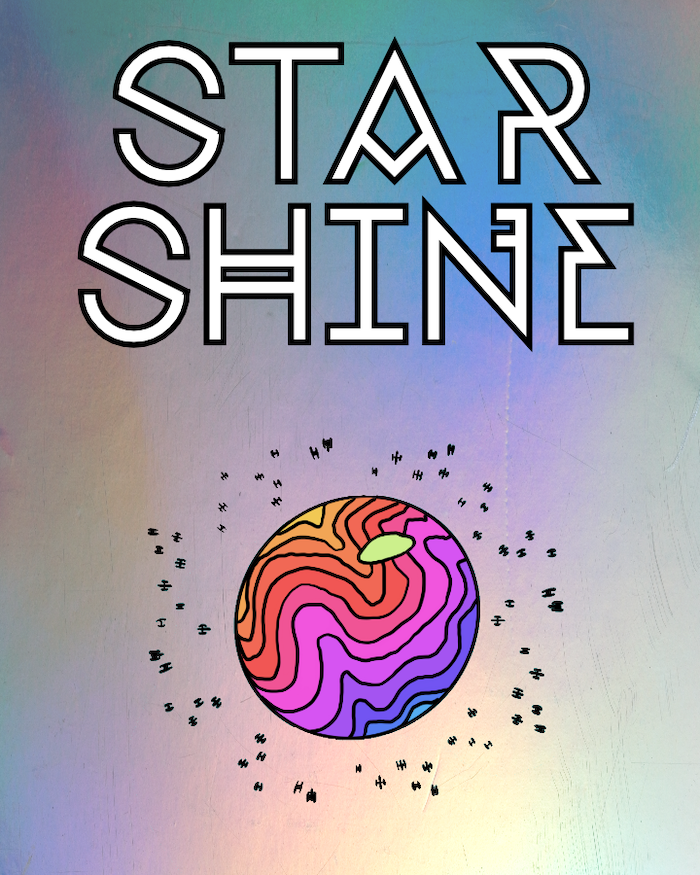 The R is filled with psychedelic ruins, alien mysteries, and daring stellar missions. Players take on the roles of Nauts – questers carving out a name and fortune from the cold, electric void. They’ll face off against mind-melting alien artifacts, corrupt covens of bestial warlocks, and the cruelty of dark space itself in a struggle to keep afloat on the star sea.

This looks so unique and fun; a space adventure with a colorful and fantastical twist. Games like this lend themselves equally well to a more serious plot or silly goofs, and leaves a ton of room for creativity in ship and character creation alike. Check out Starshine for an off-brand sci-fi adventure that promises to be like nothing else. 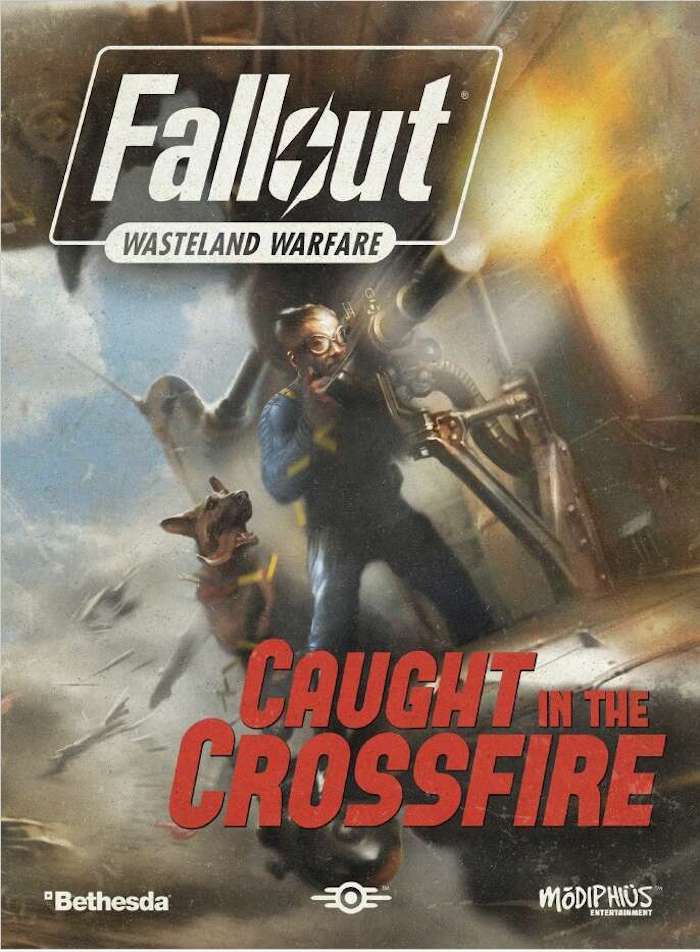 “Things are changing in the wasteland. Heavy weapons are being brought to bear, factions are clashing over military installations, and below ground a desperate action is being taken in a struggle to survive. Creaking factories are raided for scrap, leaking tankers stage running gun battles, and Pre-war weapons and contraptions are hastily patched up. There’s a storm coming, the whole wasteland can feel it. Will you be ready when it arrives…or will you be Caught in the Crossfire?

Enhance your battlegrounds with suggested settings and terrain types, and play linked missions or enjoy stand alone scenarios as seen on Twitch.

The world of Fallout is so big and interesting and lends itself so well to tabletop gaming. Our last trip into the wasteland was universally accepted as one of the bigger disappointments of the series, but that doesn’t mean we have to leave the post-apocalyptic past/future behind forever or wait for another console game. Make a character, grab some friends, and wander the wasteland together once more.

Will you be picking up any of these games this week? Did something else strike your fancy? Let us know in the comments!