GW has been putting clues all over the place in the 6 volumes of Psychic Awakening. Look what I found.

If you’ve been paying attention, we are on volume 6 of Psychic Awakening – Saga of the Beast. Each volume has the same format and while we can’t quite tell where this bus is headed, GW has dropped a lot of clues along the way. 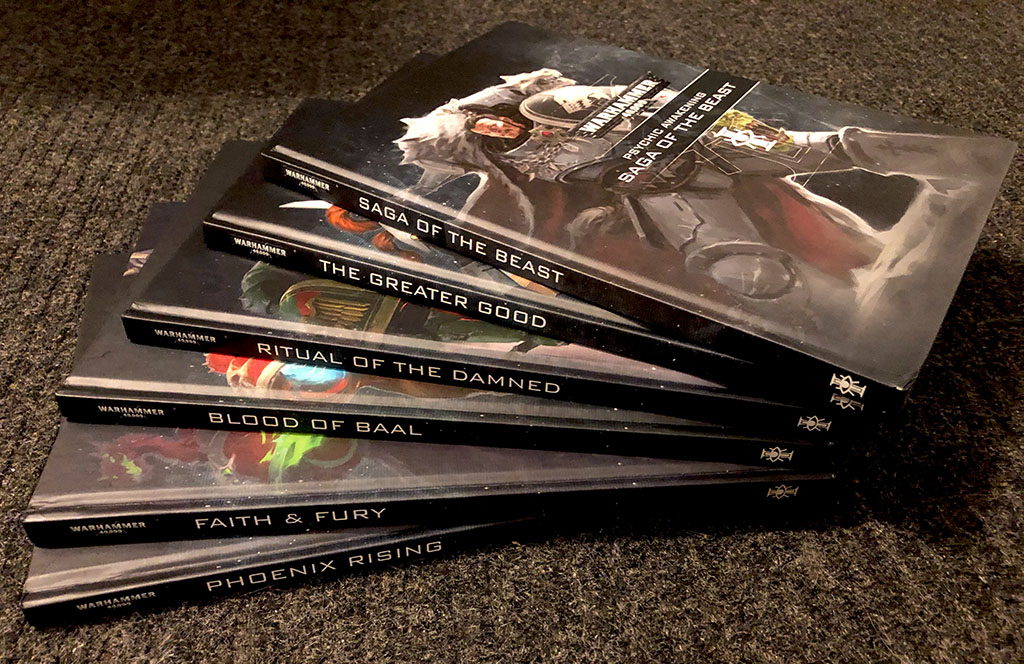 Each volume has it’s official topic, but there is also a 2-page spread of “Echoes of Awakening”. After we went through several of these, we started to notice some trends.

The Call of Magnus

We can see several notes that are psykers hearing the call of Magnus which is Ritual of the Damned. These notes appear both before and after that volume. 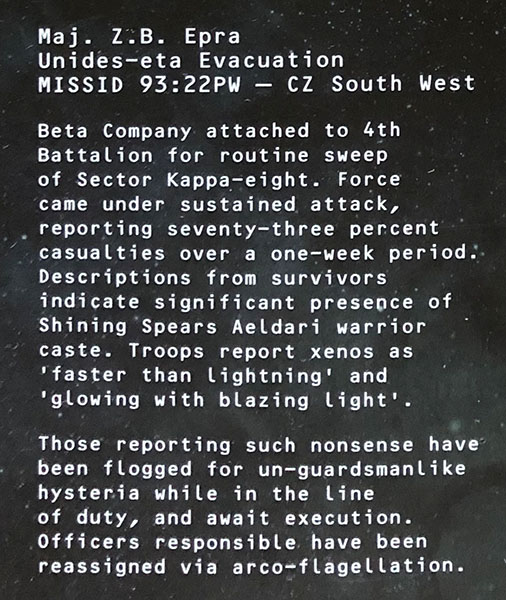 We now have three different notes of hordes of single Aspect Warriors (Striking Scorpions, Warp Spiders, and Shining Spears) swarming en masse and wiping out Astra Militarum units. These notes do not appear to be linked to the events of Phoenix Rising, and are included in 3 different volumes.

We know that Volume 8 is titled War of the Spider and includes Fabius Bile. I would assume there will be other opponents in there as well. I’ve already talked about this note I believe is Fabius Bile: 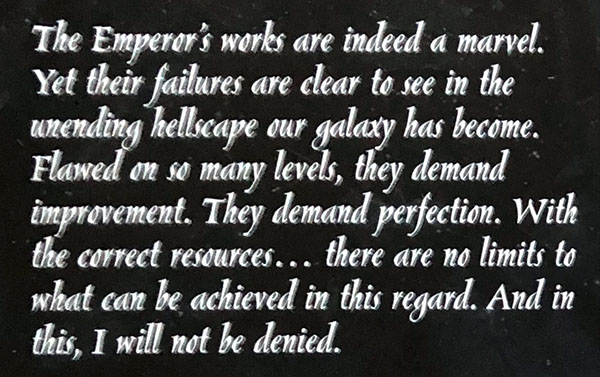 But when going back to Ritual of the Damned we find this note: 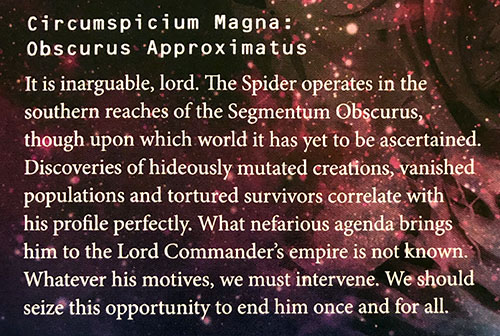 That’s GOT to be Fabius Bile.  Also, who’s the Lord Commander? Eidolon? Lucius?

Volume 2 Faith & Fury has a note that directly describes Emperor’s Children vessels and hails the arrival of “The Illuminator”. One of Fulgrim’s names. 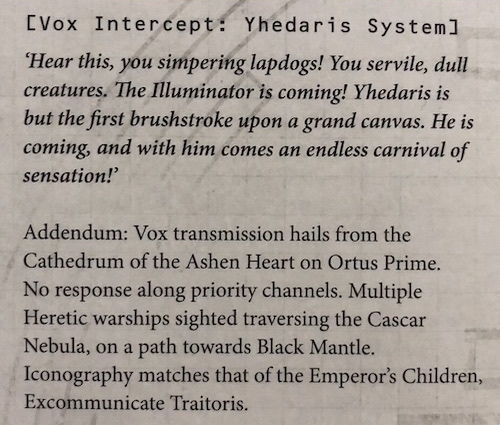 So we all should start paying attention to these notes. I’m sure I missed some, but GW is laying the breadcrumbs for us all to discover. It’s all hidden in plain sight. Just yesterday we found hints of Commissar Yarrick and others.

~What do you think is the big “reveal” of Psychic Awakening?