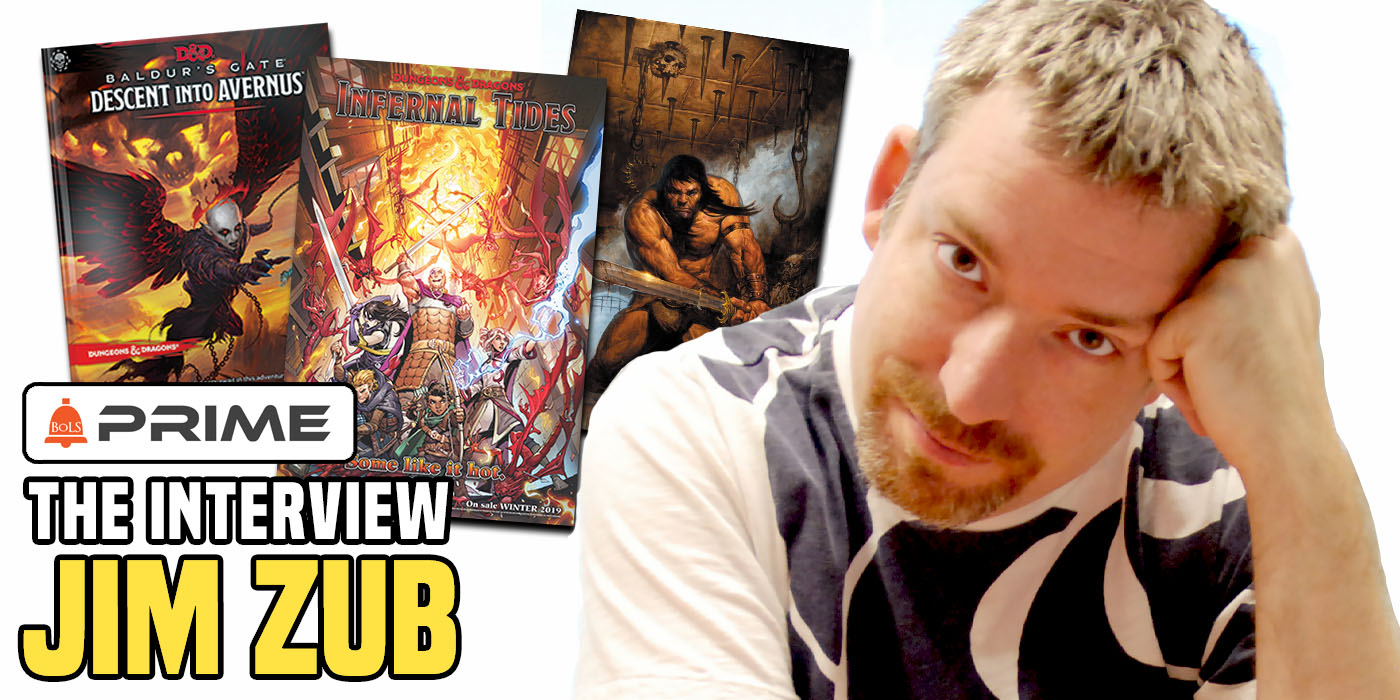 We got to sit down with Jim Zub, writer on the D&D Comics, Young Adventurer’s Guides, Baldur’s Gate: Descent into Avernus, and more, for a chat about all things D&D.

From D&D Comics to Baldur’s Gate to Rick and Morty’s foray into a world of dungeons, dragons, and dysfunction, Jim Zub is the writer behind many of your favorite moments in D&D, and some of our favorite books. He’s one of the writers behind the Young Adventurer’s Guide, Baldur’s Gate: Descent into Avernus, the Rick and Morty vs. D&D comics AND RPG starter set… there’s no question that Jim Zub has left his mark on the game. We had a chance to talk with him about developing soul coins, bringing new people into the hobby, and what it’s like to watch people come alive when they’re playing a roleplaying game. Check out our interview below.

This BoLS Prime article is being offered to all our readers.

Jim Zub is a writer, artist and art instructor based in Toronto, Canada. Over the past twenty years he’s worked for a diverse array of publishing, movie and video game clients including Marvel, DC Comics, Disney, Capcom, Hasbro, Cartoon Network, and Bandai-Namco.

He juggles his time between being a freelance comic writer and a professor teaching drawing and storytelling courses in Seneca College’s award-winning Animation program.

His current comic projects include Black Panther and the Agents of Wakanda, a new series about T’Challa’s secret strike team, Conan the Barbarian, the monthly adventures of Robert E. Howard’s legendary sword & sorcery hero, Dungeons & Dragons, the official comic series of the world’s most popular tabletop role-playing game, and Stone Star, a space-fantasy adventure set inside a roving gladiatorial arena. 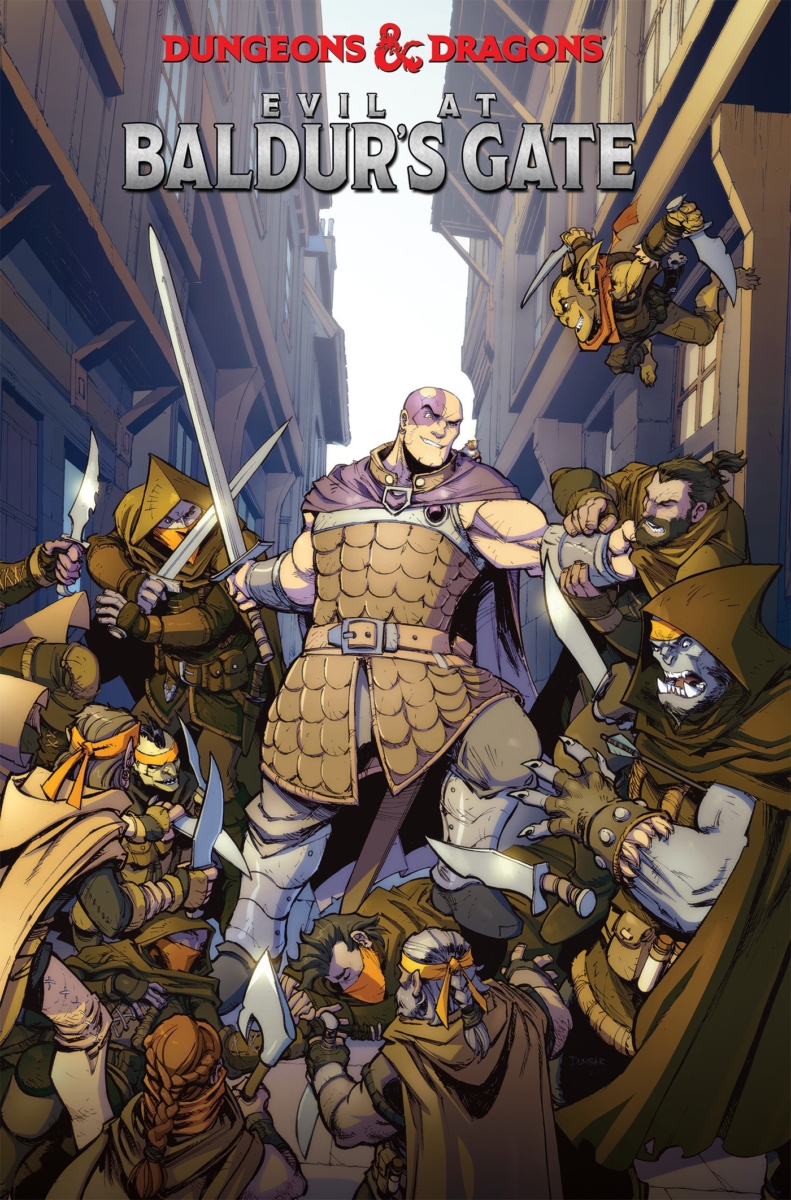 From comics to starter sets, Zub has worked on a wide variety of projects for D&D. His involvement with the game begins with the IDW comics, and in particular, a team of heroes based out of Baldur’s Gate, which is what ultimately led to his working on the project known as Baldur’s Gate: Descent into Avernus. Although where it all really begins is playing D&D back in the early days.

As Zub puts it in the interview, he’s a writer because of D&D. It sparked a love of storytelling and creative expression that has led him down a road paved with incredible projects. Writing for titles like Marvel’s Uncanny Avengers and Conan and IDW’s Samurai Jack and D&D means that he’s no stranger to sword and sorcery and action and adventure. Which you can see come through in the Young Adventurer’s Guide. Zub’s knack for finding the broad strokes that help define the world–the moments that draw you in and make you excited to play, translates so well.

We’ve talked extensively about the Young Adventurer’s Guides before, here at BoLS, and it’s no secret that we love them all. But what came out in the interview was how Zub tried to evoke the feeling of excitement you’d get when reading about monsters in the Monster Manual, coming across an entry like:

The beholder is the stuff of nightmares. This creature, also called the sphere of many eyes or the eye tyrant, appears as a large orb dominated by a central eye and a large toothy maw, has 10 smaller eyes on stalks sprouting from the top of the orb. Among adventurers, beholders are known as deadly adversaries.

The basic beholder body-type allows for a great variety of beholder subspecies Some have obvious differences, there are those covered with overlapping chitin plates, and those with smooth hides or snake-like eye tentacles, and some with crustacean-like joints. But something as small as a change in hide color or size of the central eye can make two groups of beholders sworn enemies. Every beholder declares its own unique body-form to be the “true ideal” of beholderhood, all others being nothing but ugly copies.

…and immediately thinking of how you might use it. Or if you’re a player, reading through the entries about the exciting things that Fighters or Wizards get up to once they get to higher level and start having their own fortresses… basically finding what makes the game feel exciting to someone reading through the book.

Because there’s only so much that you can get out of saying “the longsword does 1d8 damage” and while it’s effective at telling you how to use the sword in the game, the Young Adventurer’s Guides aim to convey what a longsword is, and why you might want to use it vs. a warhammer or the like. 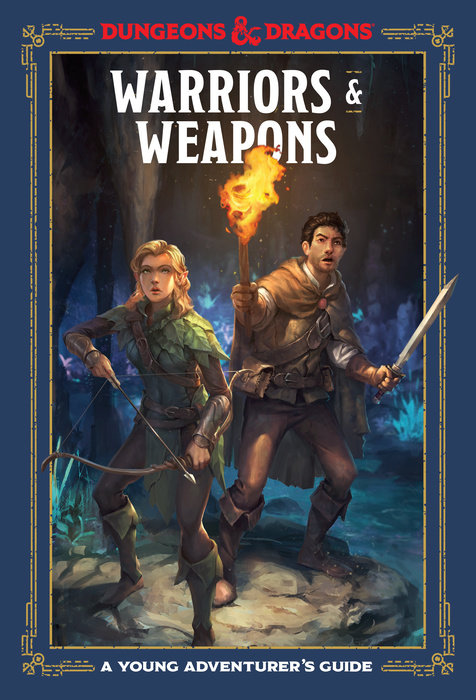 All of which comes back to the most important part about D&D, or any roleplaying game, really. A sense of play and discovery. As Zub talks about in our interview, that moment when someone realizes that they can answer however they like, that there aren’t any answers that are impossible when the DM asks “what do you do” is nothing short of magic. That’s what has hooked players for more than forty years now, and is what keeps bringing people back to the table.

It all comes back to storytelling, and for Zub, that kind of storytelling is at its best when people feel excited about what they’re experiencing. Whether it’s a cadre of new folks sitting down to play D&D and learning how to roll initiative, or an editor, reading through the outline of a story and sharing in the enthusiasm for the narrative as it unfolds, Zub’s excitement is infectious. It’s what makes his books stand out. 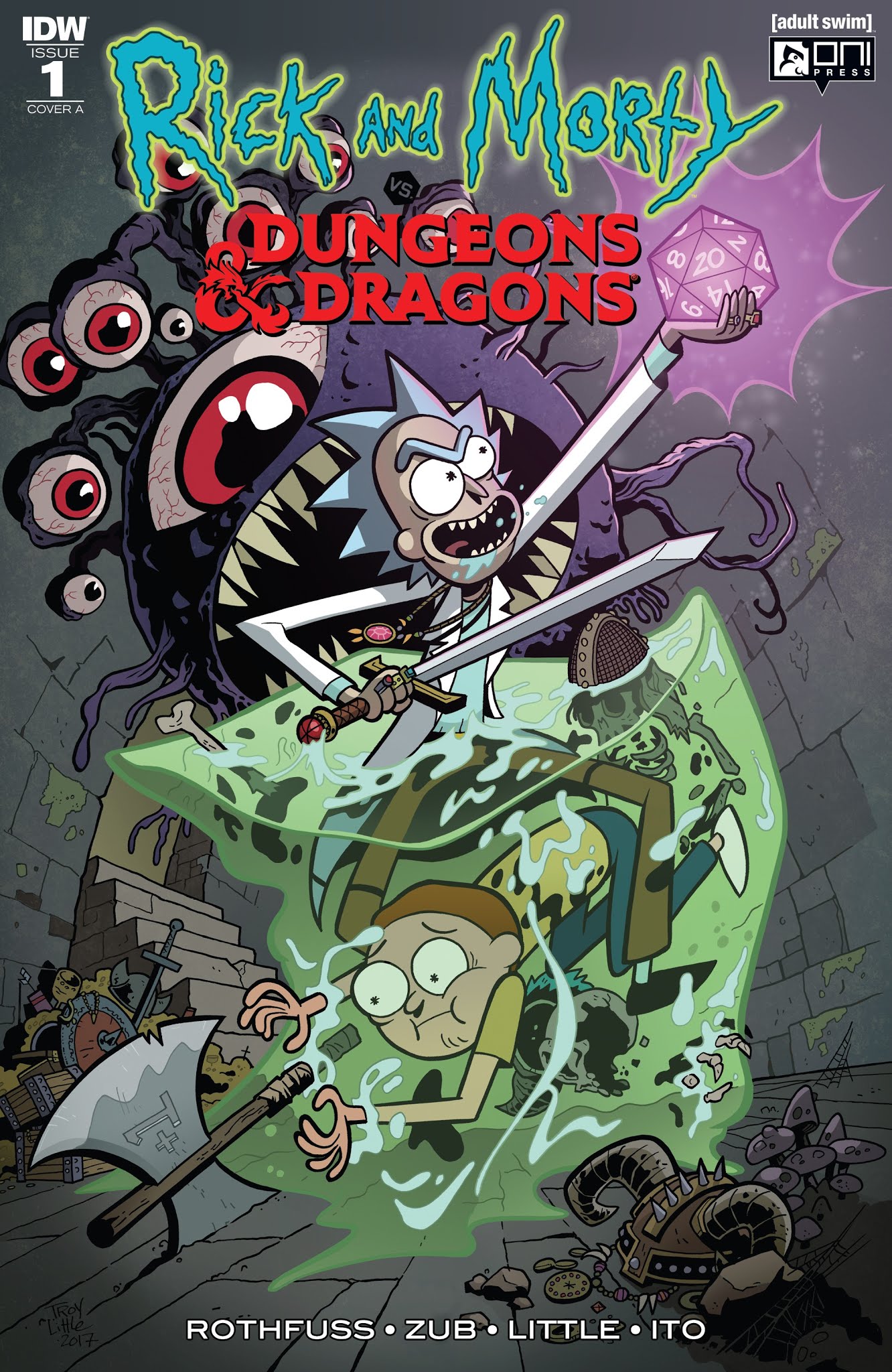 So the next time you sit down to write an adventure or come up with a character, stop and think about what excites you and your friends. What stories are you eager to tell? Because Jim Zub wants folks to feel that excitement and use it to fuel their own stories.

While you’re at it, you should check out the various titles he’s written. His take on Rick and Morty and D&D is one of those funny-because-its-true sort of playful jab-filled tales. Reading through the starter set, you’ll find some of the most basic rules torn apart by “Rick’s” voice but it’s the kind of jabs you make when you really love something.