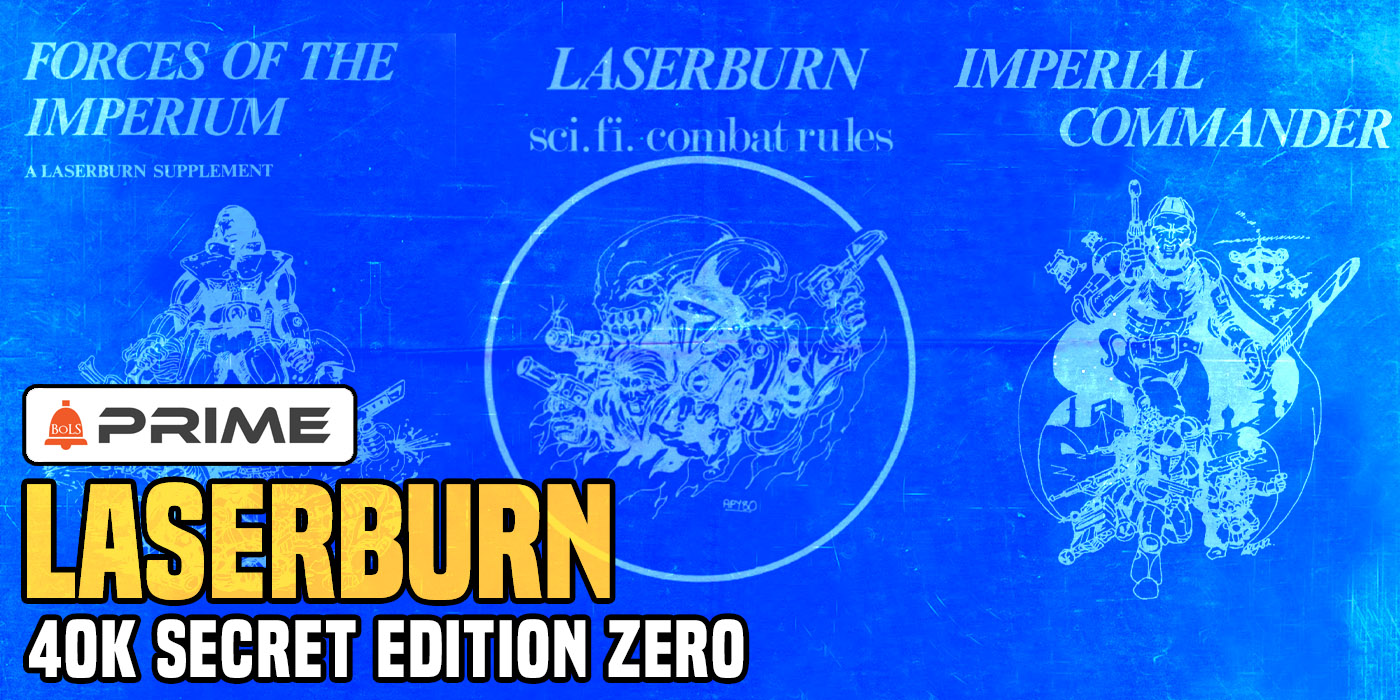 Before there was Warhammer 40K, there was LASERBURN!

Warhammer 40,000 has a long, storied history. First released by Games Workshop in 1987 as Warhammer 40,000: Rogue Trader, that has now gone through a total of nine editions over the last thirty-three years. It has grown from a small sci-fi skirmish game, put out by an unknown British company to a worldwide phenomenon. It has become the major leader in the tabletop gaming community and has spawned countless books and video games. Its lore and setting have had a significant impact on pop, and geek, culture world-wide, and as I write this, it is poised to jump to the world of TV entertainment.

Warhammer 40K did not appear out of thin air. Its creators drew on a vast number of sources, both from other works of pop culture and from real historical events. The early designers also drew on other games, as one should expect. Most obviously, they drew on the other major GW invention of the time, Warhammer Fantasy Battles. The two games share not just name elements but a lot of the same rules DNA and even setting elements. While Warhammer Fantasy remains well known, 40K also drew very heavily on another, mostly forgotten game of the period. The games share enough similarities in some areas that its fair to call this game a proto-40K or almost a rough alpha run of the final product. That game was Laserburn.
What Is Laserb...