As part of the PAX virtual convention going on, Atomic Mass Games has spoiled Kingpin’s rules. 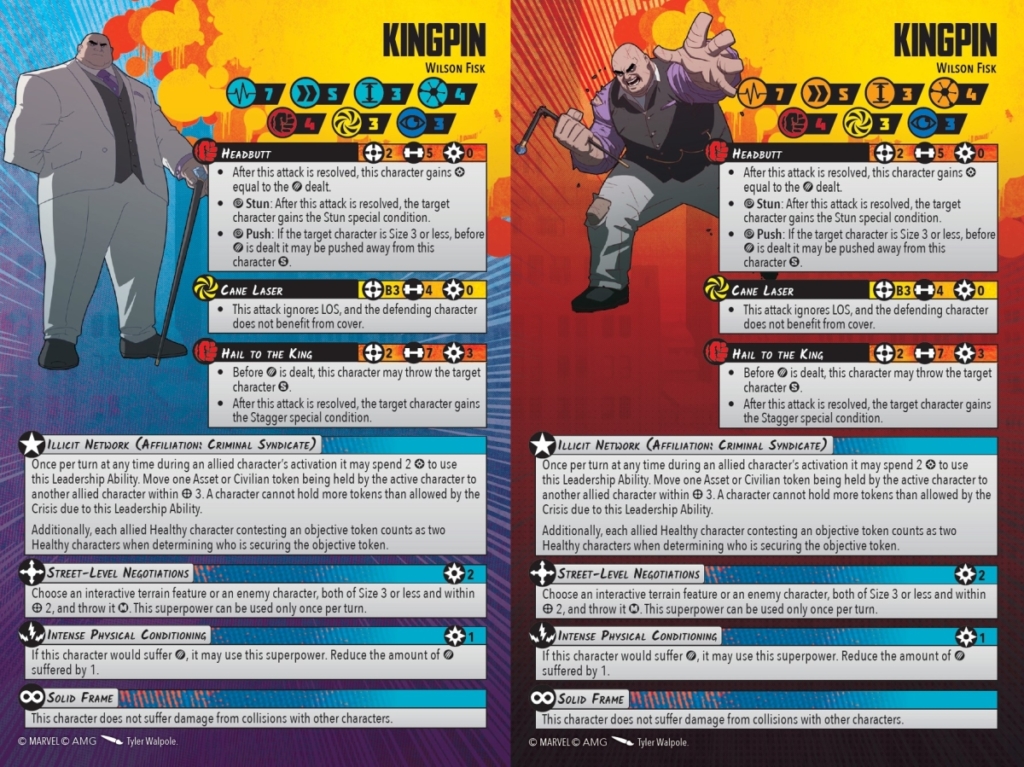 So much good stuff on this card! Kingpin is a slow durable tank, with 14 health total and some decent, yet mostly average, defense stats. However, those defense numbers are enhanced greatly thanks to Intense Physical Conditioning and Solid Frame; letting Kingpin pay 1 power to reduce damage by 1 and also completely ignoring damage from colliding with other characters! Keep in mind that even with Solid Frame Kingpin will still take damage from colliding with terrain.

Kingpin brings some solid attacks to the table, with 2 of them costing 0 power. Headbutt is a great basic attack, with a Wild paying off very nicely in the form of a Stun and push. Cane Laser is a zero cost range 3 Beam attack that ignores cover – not bad! Lastly, Hail to the King is his big attack, although not very expensive at only 3 cost, that is a guaranteed Stagger and a throw. I’m a big fan of these attacks, and while they don’t generate a ton of power, Kingpin doesn’t need a lot of power to be an effective attacker. This lets him save power for his special abilities, like Intense Physical Conditioning and Street-Level Negotiations.

I absolutely love this leadership ability, it has 2 great effects and will reward players looking to secure scenario wins. The first ability plays to the Extraction scenarios, letting you spend 2 power to pass an Asset or Civilian token to another allied model within range 3. Need to get that precious Wakandan Herb to safety? Want to pass a Hammer to your heavy hitter before they activate? Tons of great applications for this ability – however at 2 cost you want to make sure you have an actual plan and aren’t just draining your power for no reason.

The second part of Illicit Network focuses on the Secure scenarios, letting all of your characters count as 2 for purposes of securing objectives – but only on their Healthy side. On a scenario with 4+ secure points, this is incredibly powerful – did you run a model way off on one side to secure an objective? Your opponent can’t just run a model over to prevent you from scoring. They have to either dedicate a second model, push/throw you away, or knock you to your injured side. Early game I see this being a great way to try and secure an early lead in the game. 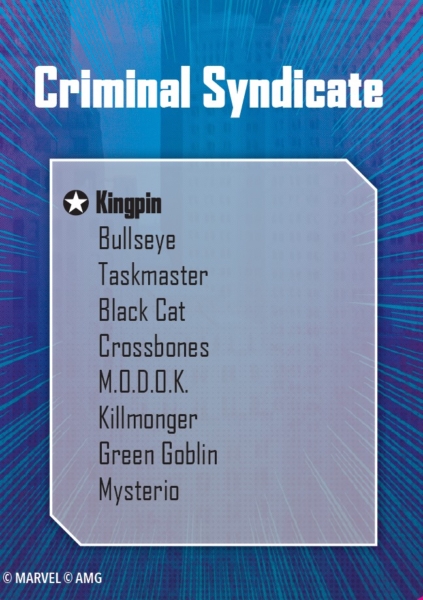 Take a look at that lineup! Really exciting for those looking for another bad guy team to mix it up. Plus this is the first confirmation of Black Cat!

Crossbones immediately jumps out as a character we might start seeing more of. With Kingpin’s leadership ability to count as 2 for securing objectives, Crossbones being able to spend power to reduce damage is a great synergy. Always exciting to see another affiliation for M.O.D.O.K. and really looking forward to seeing what Mysterio brings to the squad.

Lot’s to be excited about on just 3 cards! Criminal Syndicate is shaping up to be a fantastic affiliation with Kingpin at the helm. 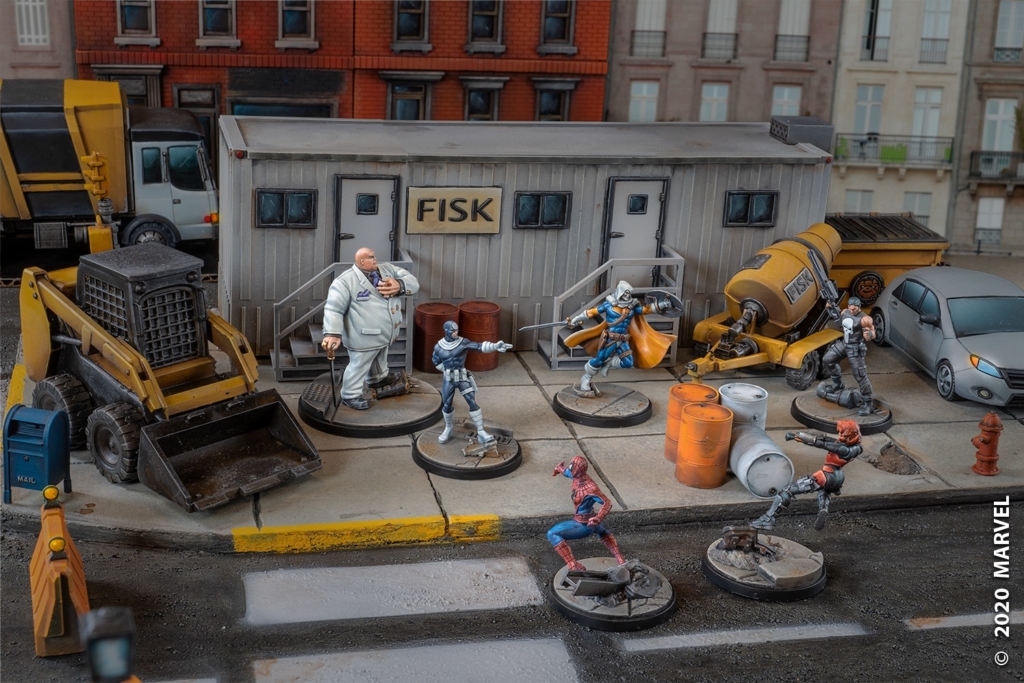 Are you as excited about Criminal Syndicate as we are? What do you think of Kingpin?