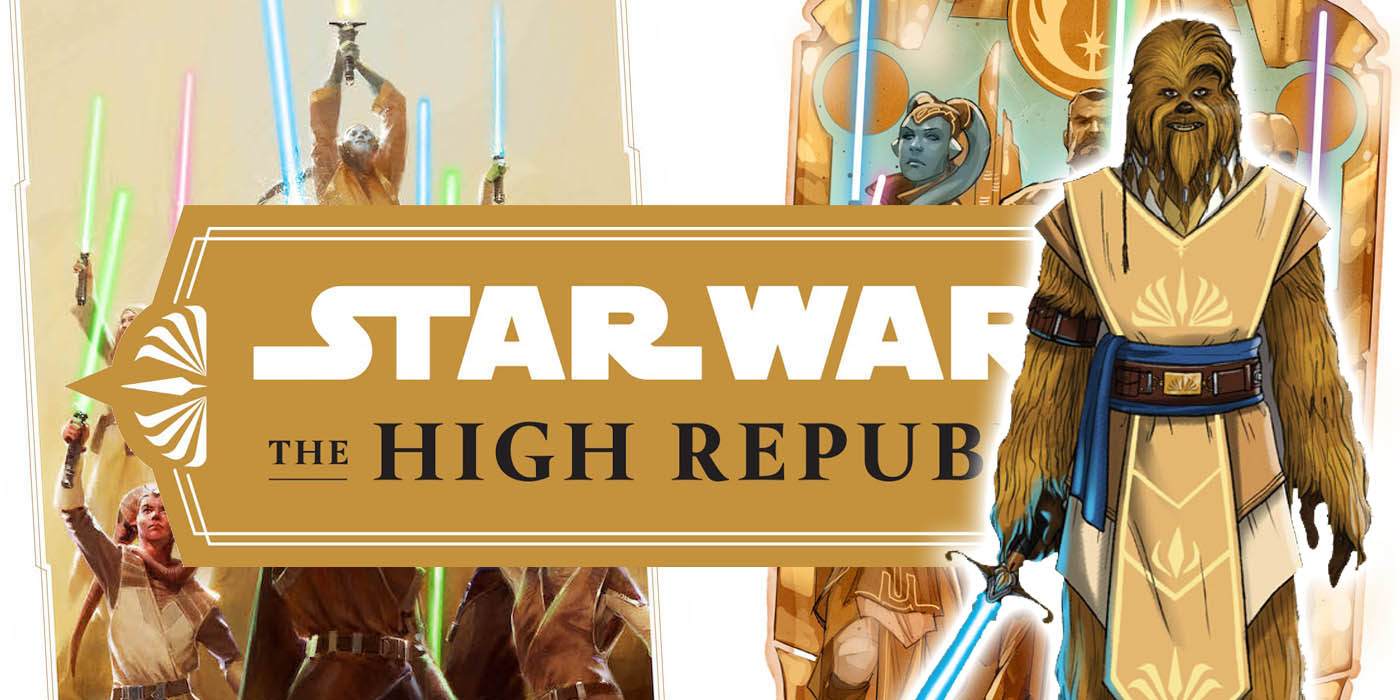 Let’s take a look at the new Padawans feature in the High Republic Era of Star Wars.

The High Republic is a new (or rather old) Era in Star Wars set to feature in a number of new stories coming out soon. Set a few hundred years before the Prequels, this era is described as a golden age for the Republic and Jedi. We’ve gotten a look at some of the Jedi set to be featured in the setting before, and they look pretty cool. Now we’ve been given a look at a number of new Padawans. These Jedi in training appear to be pretty cool characters, so let’s take a look at them. 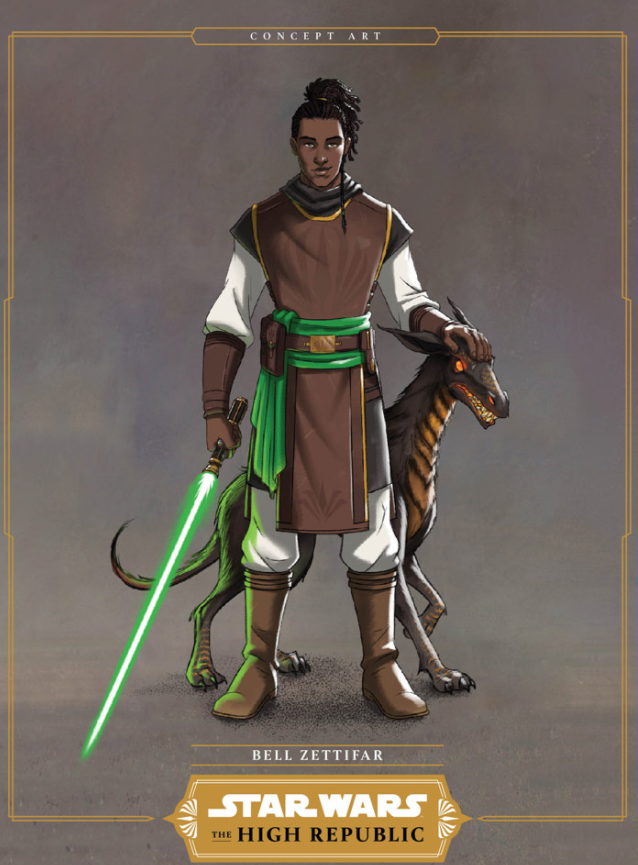 Bell Zettifar is Padawan to Loden Greatstorm the legendary Twi’lek Jedi Knight. He is described as a dedicated Padawan who is very focused on his training. Design-wise he looks older than some other Panawans we’ve seen. I like the green sash a lot also, as it adds some cool color to his Jedi outfit and goes well with his saber. He is also accompanied by charhound Ember which looks pretty cool. We don’t see a whole ton of pets in Star Wars and the idea of a Jedi with an animal companion in a sort of D&D ranger way is pretty cool. 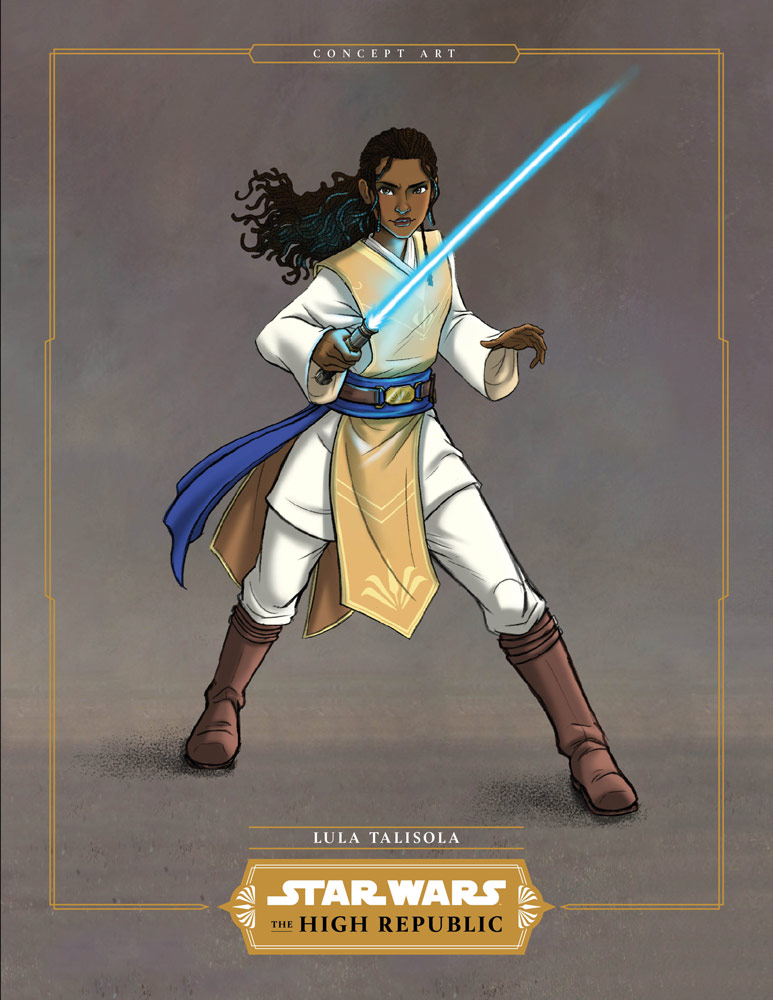 Lula Talisola is described as being “all in on the Jedi Order” and seems to be the perfect Padawan. She is top of her class with a lightsaber and loyal to her friends. Part of me worries that she’s too close in character to the Jedi Vern Rwoh who at 16 is one of the Youngest Knights around and a prodigy. Is this too many young super talented Jedi, or was the era just full of a lot of really competent Force users? We will just have to see. Again we’ve got the colored sash, matching her saber. This is something we see in the Padawan artwork but not the artwork for the Knights or Masters. I wonder if it has to do with what part of the Order they are looking to join. In Legends the order was split into three schools, Consulars, Sentinels, and Guardians with certain colored lightsabers often tied to each school. While those divisions aren’t canon right now, I wonder if these colors represent a return to that. Between Lula and Bell it’s also nice to see some strong BIPOC representation in Star Wars, a thing that is not always present. 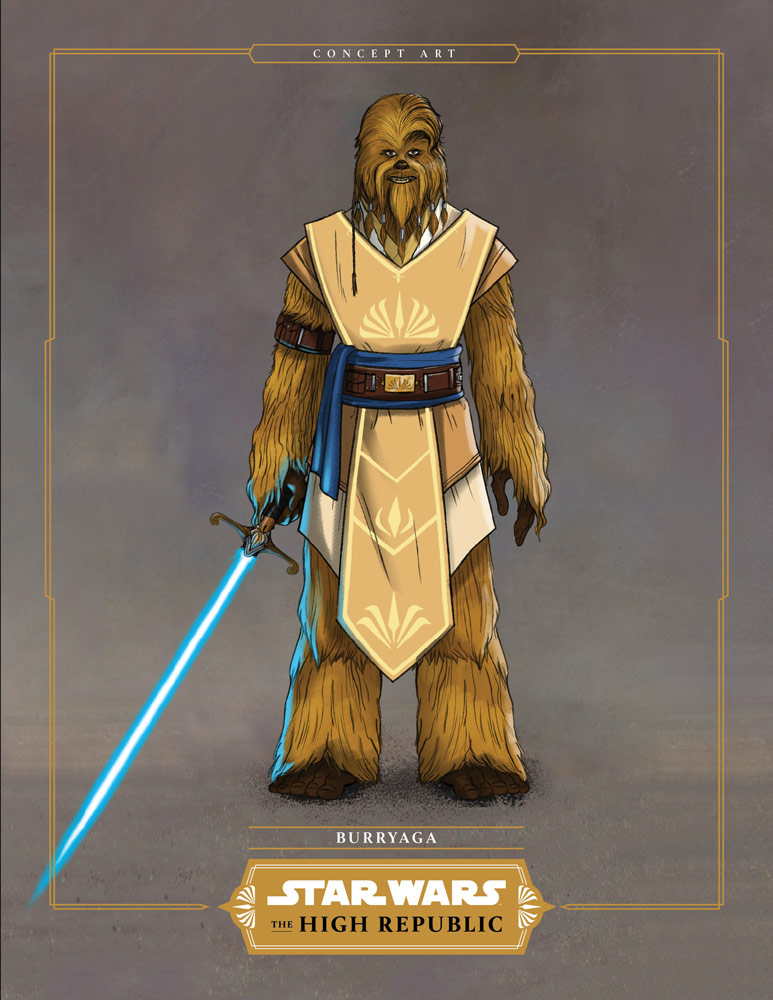 Awww yeah, Wookiee Jedi, that’s my jam. This big dude has some awesome braids and a rocking, and huge, two-handed lightsaber. We can see that Burryaga has a saber that seems to share design elements with the one used by Stellen Gios and has a more traditional western sword look to it. I dunno about you but fighting a Wookiee two-handing a lightsaber sounds pretty damn scary. Burryaga is apprenticed to  Nib Assak who learned Shyriiwook, the Wookiee language, to better teach him, now that’s some dedication. 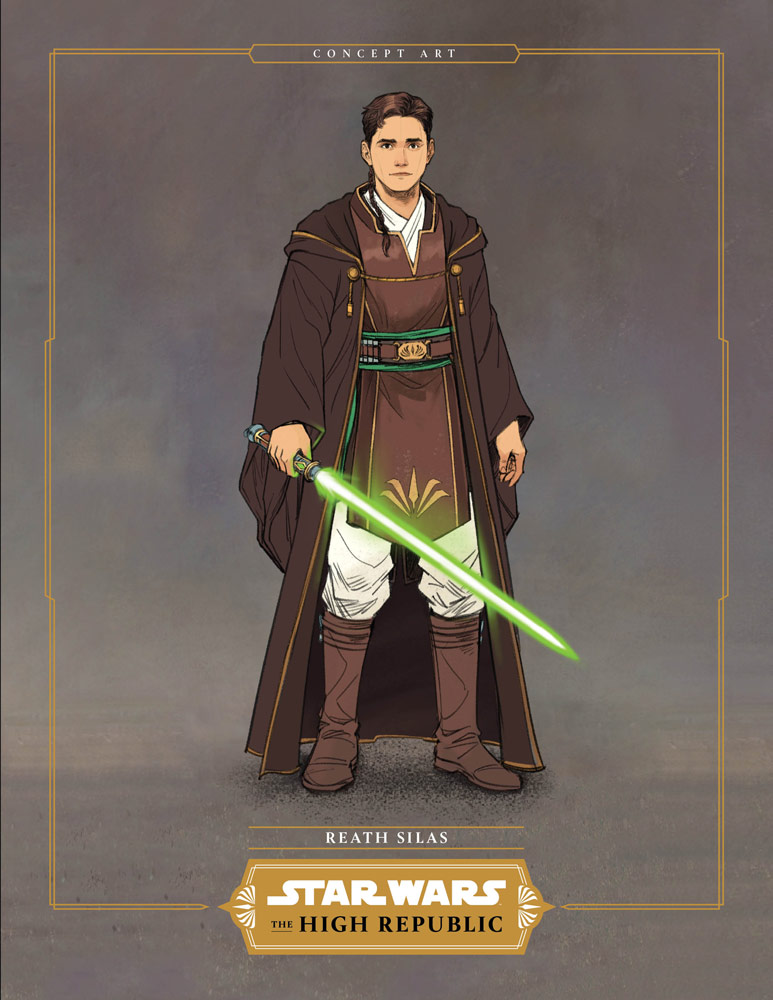 Reath Silas is apprenticed to Master Jora Malli a member of the Jedi Council. As such Silas has spent a lot more time on Coruscant than the other Padawans and has a lot more experience with politics and fancy parties. Silas seems to be kind of the classic rich city kid thrown out in the wilds archetype. No doubt going out to adventure on the frontier, where much of the High Republic is supposed to take place, will be a shock for him. Of course, these shocks are great for stories and showing character, and I look forward to the ride.

Let us know which Padawan you think will fall to the Dark Side, down in the comments!

Star Wars: The Countdown to 'The Mandalorian' Begins - New Teaser 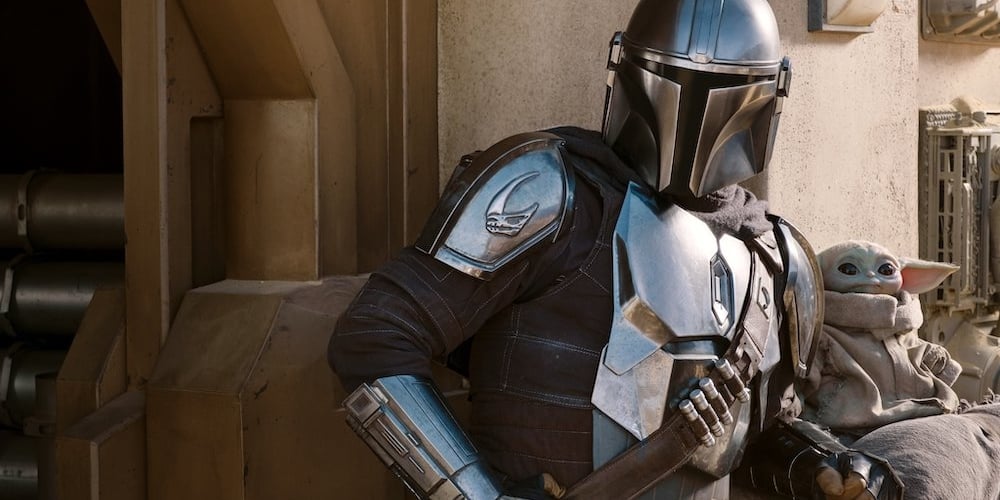