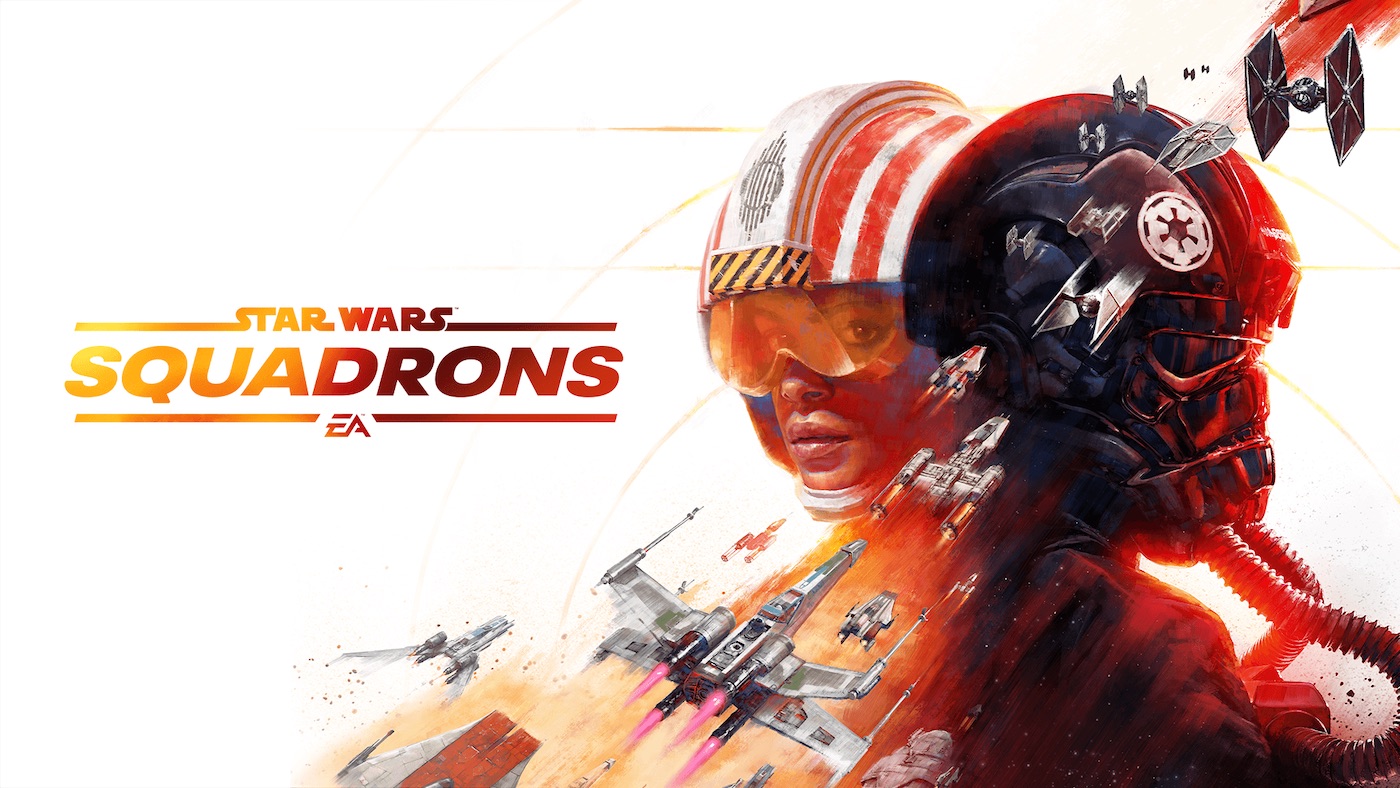 Let’s talk about how great Star Wars: Squadrons is.

Early in Star Wars: Squadrons I am tasked with taking out the targeting array on an Imperial Star Destroyer. Despite the weapons my X-Wing carries, its a daunting task as the massive capital ship throws off shot after shot at me. The targeting array is at a bad angle for me. I have to make my approach quickly, or else the Destroyer’s turbolasers will get me; each strafing run only nets me a brief period where I can shot at the array before I have to pull up or smash myself to bits on the ISD’s hull. After two ineffectual runs, I remember something. This is space, and I have 3 dimensions to fight it. This time, rather than overflying the target, I pull up and boost above the ISD, then flip my fighter around to dive back down. The ships seem to have fewer guns that can hit me now, and it’s a long dive down on the sitting duck on an array. I fire off a pair of proton torpedoes, and it’s mission accomplished. All I can think is how amazing this is. 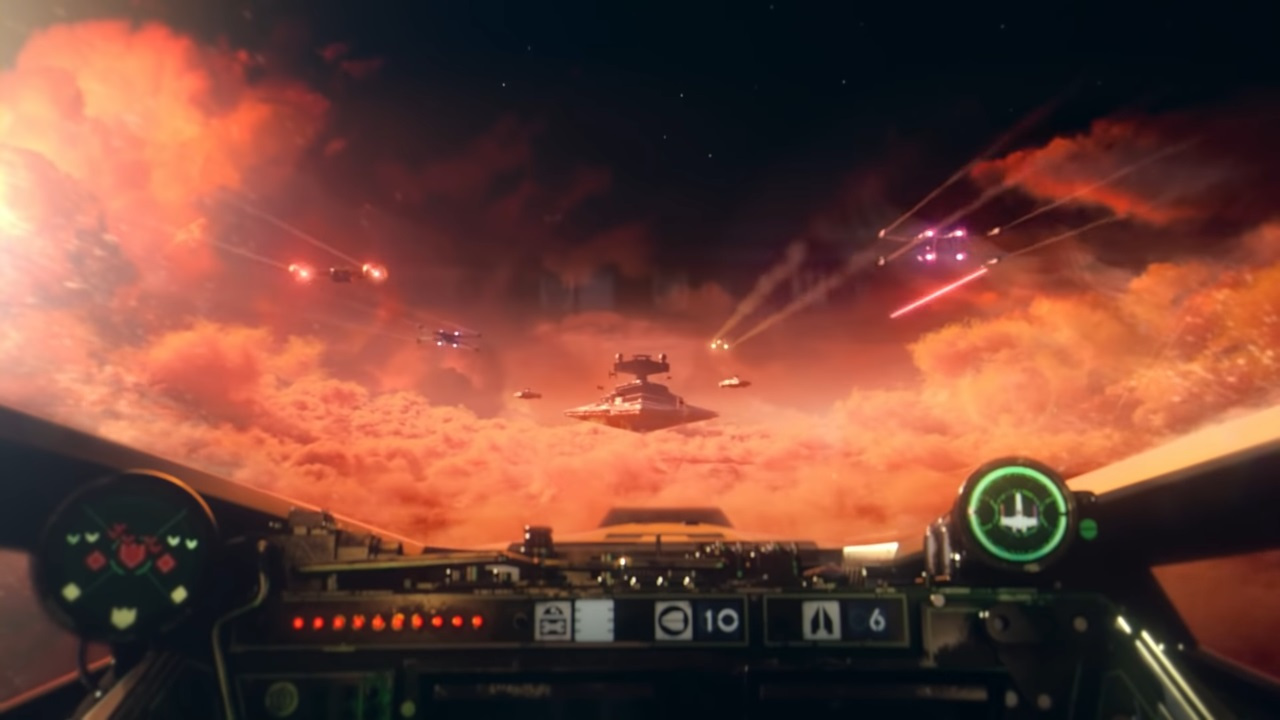 Later an Imperial Carrier, a Quasar-Fire class, jumps in and starts launching TIEs. My wingmates get on the TIEs; the carrier is my job, but its got decent shields. Of course, Shields only stop things that are outside of them, so I decided to fly inside the shields, hovering there in the carrier’s blind spot its childsplay to launch a couple of torpedoes into its hangers and crack the whole thing open. This, too, is awesome. 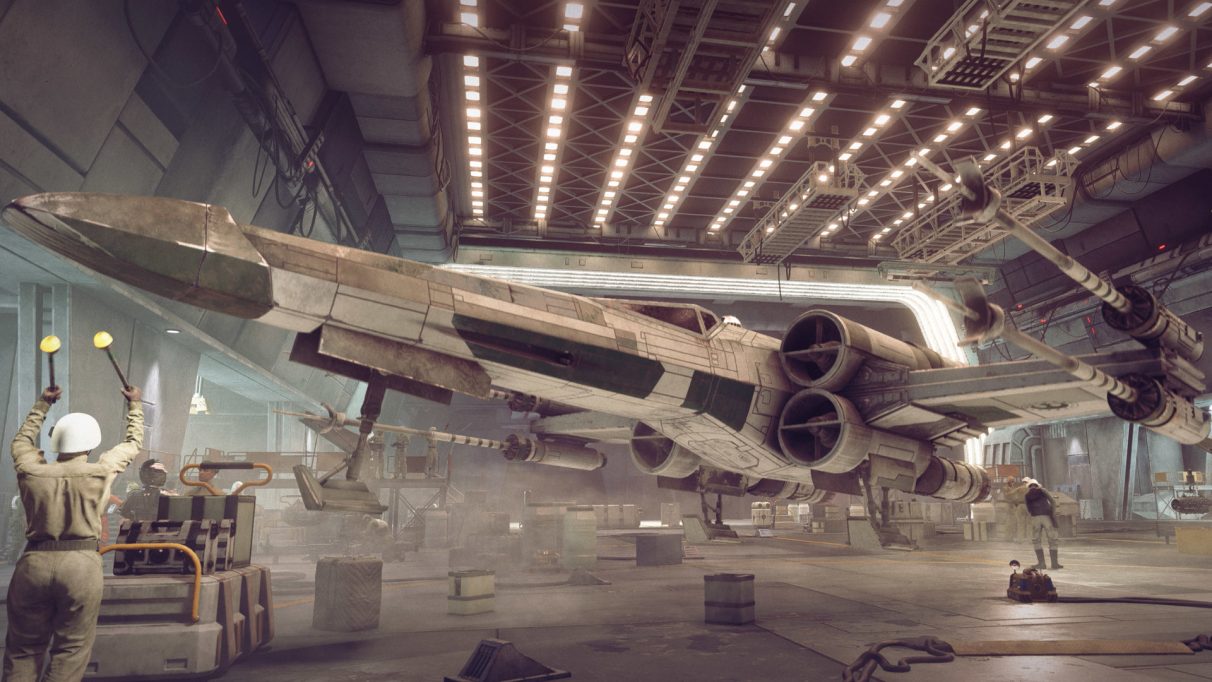 Star Wars: Squadrons is the new space/starfighter combat game from EA. In it, players take command of one of 8 classic Star Wars fighters and battle it out either in a single-player story campaign or in multiplayer modes. The game is fun and awesome and everything I’ve dreamed of since I was a kid.

Star Wars: Squadrons has a lot going for it. The game is gorgeous. Everything looks great and feels great. This is the Star Wars you know and low. Likewise, sounds and music all fit well. The campaign is also solid. About 10 hours of single-player content presents a good introduction to the game’s mechanics and tells a solid if not revolutionary story. All and all, it is a fairly standard Star Wars stuff, but good, and you get to see several famous faces. The campaign also switches back and forth between Imperial and Rebel missions allowing you to see both sides of the conflict. For fans of the Alphabet Squadron books, there are some fun nods. It’s not the longest campaign, but in an age where a single-player campaign isn’t even a guarantee, it’s good to have it. 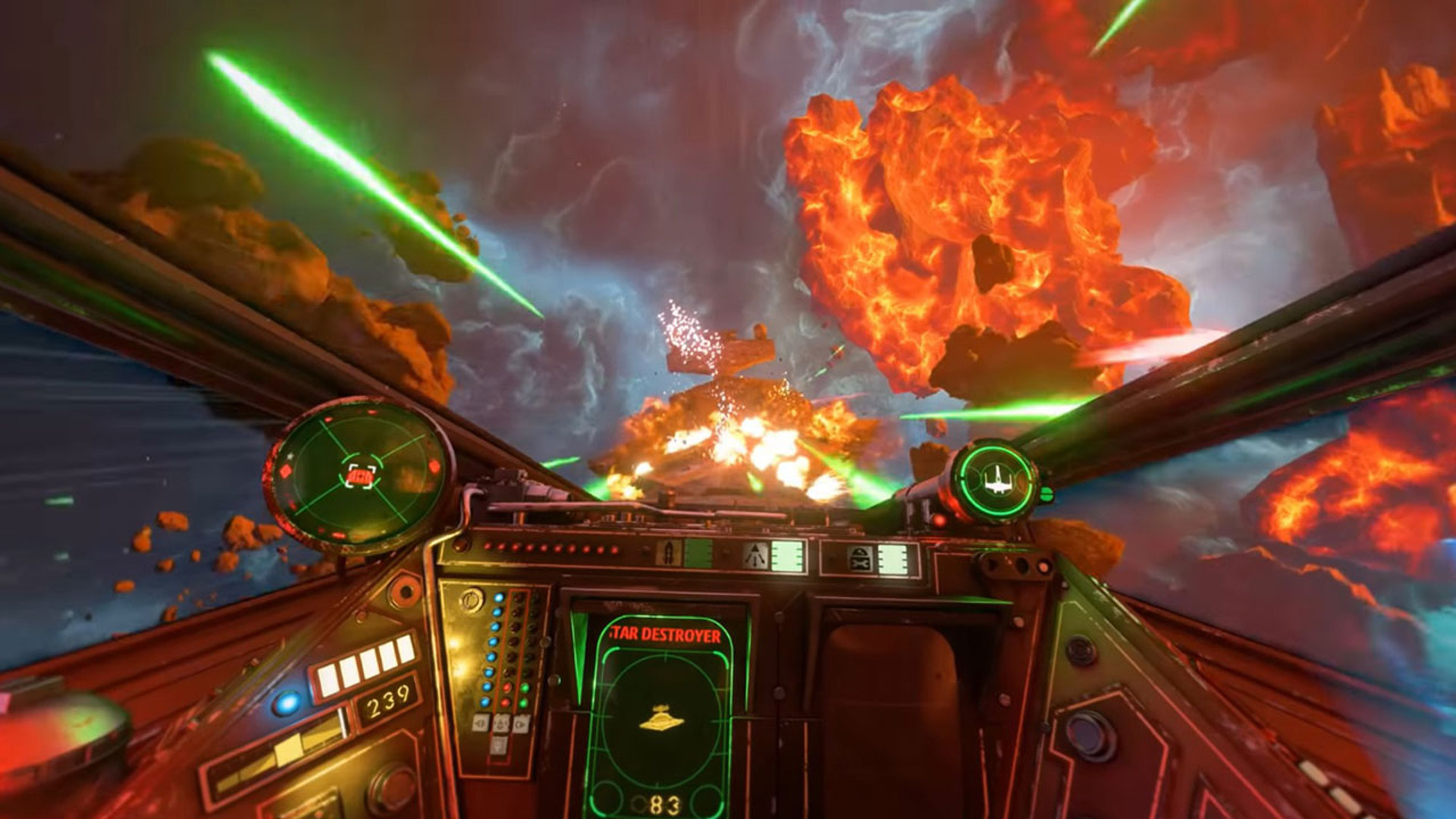 The actual gameplay is a lot of fun, though I fully admit I’m terrible at it. Dogfights are fun and exciting, and the ships all feel good to fly and unique. While this game is a full simulator, it’s a lot deeper than anything that has come out in years and blows Battlefront II out of the water. In addition to fun tricks and maneuvers, you can swap power around various systems as needed, something I ended up doing a lot. The game has options for VR and plays without the UI, relying only on the visible system data in your cockpit so that you can get a pretty immersive experience. A skilled pilot can really get a lot out of a ship, and even for someone who isn’t skilled, it is a lot of fun. 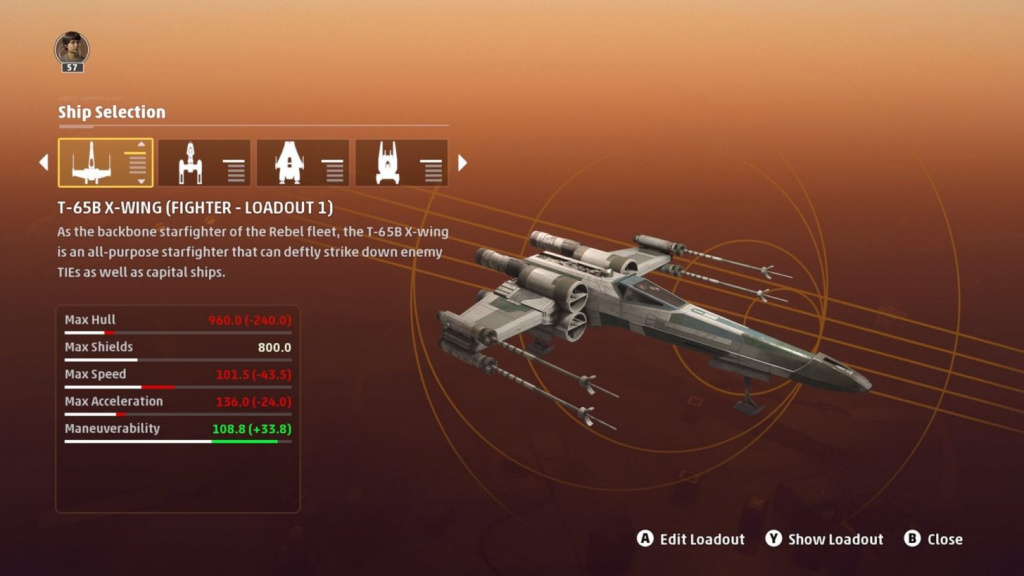 The game has a good level of customization also. Not only can the loadouts of your ships be swapped around, with significant changes at times, but you can customize the look of both the outside and inside of your ship as well as your character. I was happy to see the game showing off a pretty diverse group of characters, with not only a ton of non-humans but a wide verity of humans on display. Overall it felt like a real world.

I’m playing on a decent, but not top-line PC and haven’t had any technical issues. Everything looks good and runs pretty smoothly for me. I’ve heard that the VR had some issues, but can’t confirm or deny that. All in all, it runs great for me.

The Not So Good 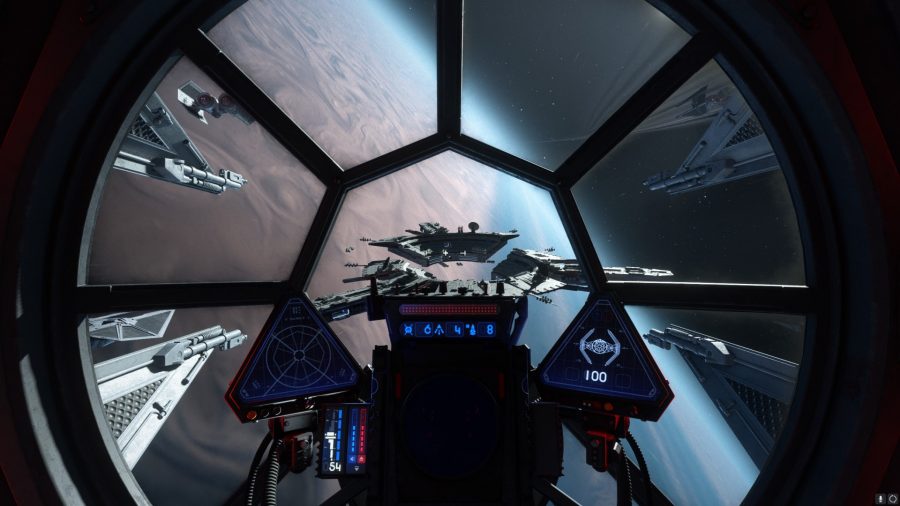 I think the big downside to Squadrons comes in the content. The single-player mode is only about 10 hours long, which while you can reply, it would get a bit stale. After that, you get into the multiplayer. The multiplayer is clearly designed to be a skill-based competitive game, yet it lacks some features. For instance, there are only two game modes and a practice mode, so not many ways to play. You also can’t set up private matches at all, which is a big gripe for some people. The game also does have a limited roster of ships, with only 4 per faction. 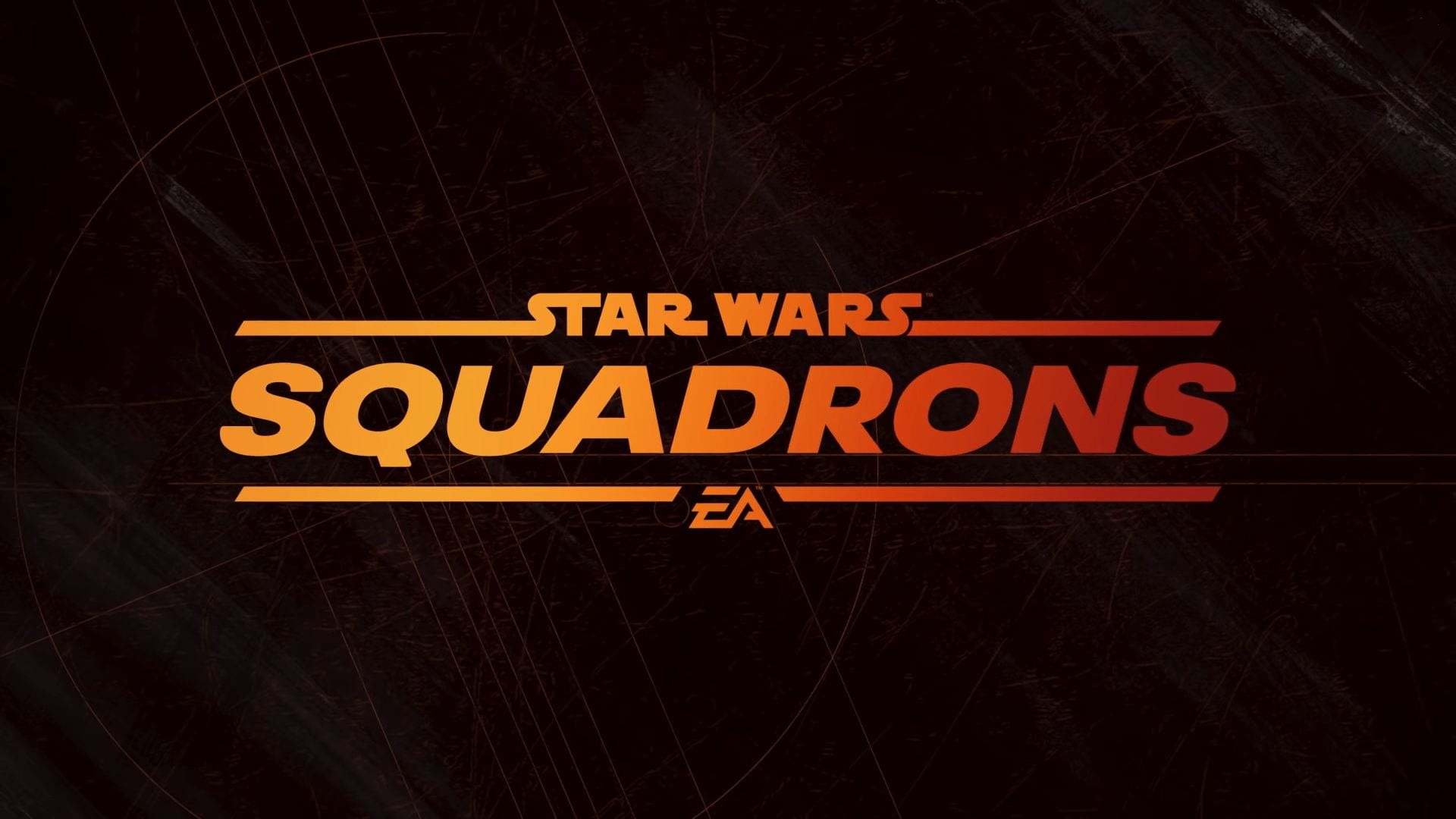 So my real questions to anyone asking if they should get the game, is what do you want out of it. If you only want single-player content, its a bit of a harder sell for me since that content isn’t a whole ton. Of course, if you are like me and REALLY like Star Wars space fights, it is still probably worth it. If you really are into multiplayer also, then yeah, it’s worth it. But if you hate multiplayer and don’t really care about the spaceship, this could be one to skip.

Still, I’m even as a mostly single-player person, really happy with the game. It’s fun, quick, and pretty. It does what I wanted and seems a really great foundation to build off of. It’s not bogged down in micro-transactions and paywalls. It makes me feel like an excited 5-year-old going pew-pew, and for that, I love it.

Let us know what you think of Star Wars: Squadrons down in the comments!

Author: Abe Apfel
Abe is that rare thing, an Austin local born and raised here. Though he keeps on moving around, DC, Japan, ETC., he always seems to find his way back eventually. Abe has decades of experience with a wide range of tabletop and RPG games, from historicals, to Star Wars to D&D and 40K. He has been contributing to BOLS since almost the start, back when he worked at and then owned a local gaming store. He used to be big into the competitive Warhammer tournament scene but age has mellowed him and he now appreciates a good casual match. He currently covers 40K tactics and lore, as well as all things Star Wars, with occasional dabbling in other topics. Abe remains in mourning over the loss of WFB to this day.
Advertisement
Review Star Wars Video Games
Advertisement