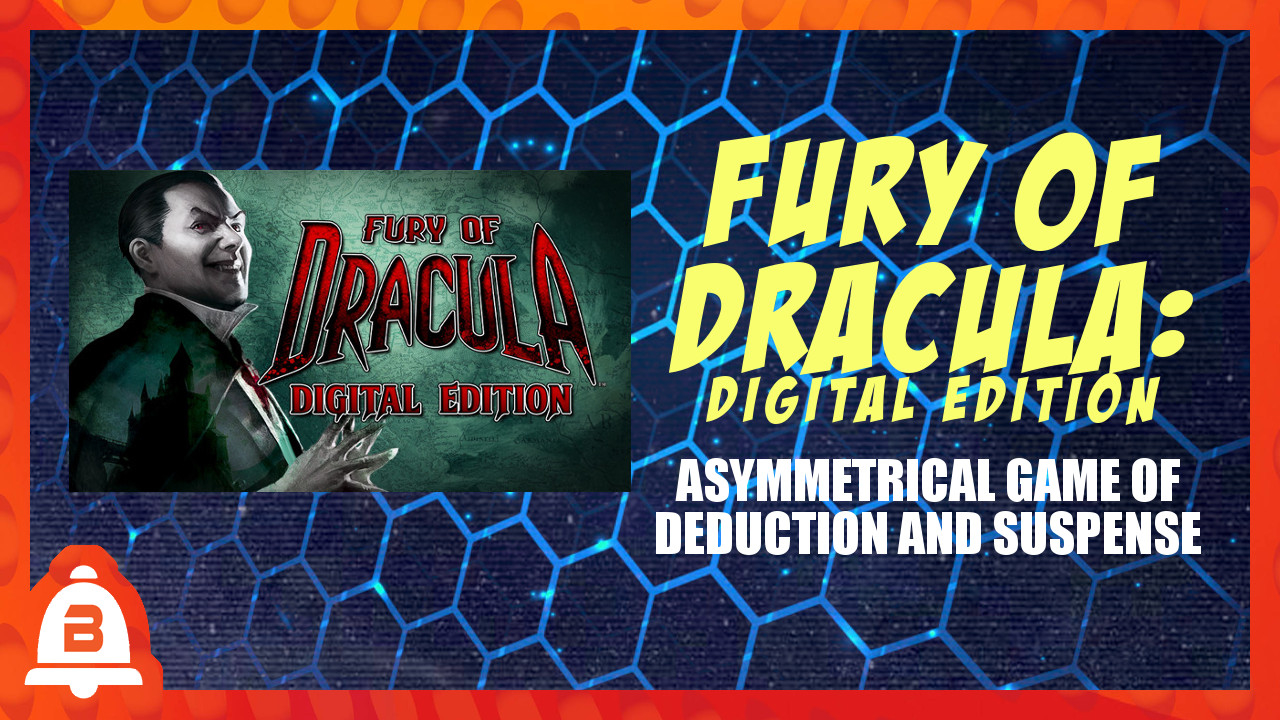 In all the annals of living horror, one name stands out as the epitome of EVIL! Dracula!

Fury of Dracula has been given a new digital edition thanks to Nomad Games. Now, as an avid board gamer, I don’t know what “digital” means, but they have explained to me that it means I can play the game without any board or cards and it’s all contained in this magic box in front of me. The future is amazing.

For a long time, Fury of Dracula was annoyingly difficult to get a hold of. It sold out fast and they didn’t reprint it very often. But now that’s a problem of the past! And I’m delighted to have this as part of my gaming library. And just in case you don’t know much about Fury of Dracula, here’s a bit of a refresher. 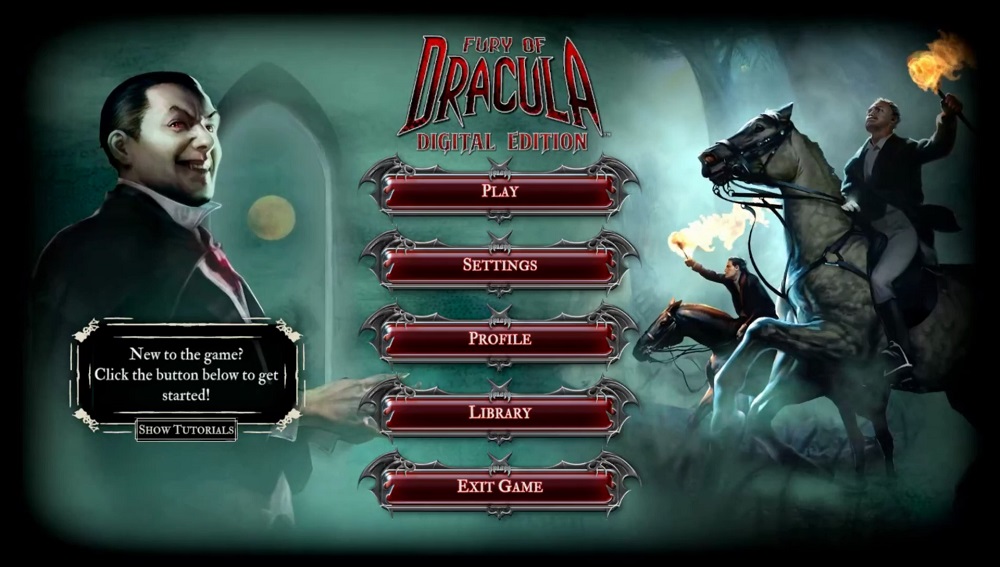 Fury of Dracula is an asymmetrical one-versus-many game of deduction, hidden information and scary spooky undead! One team takes the role of vampire hunters straight from Bram Stoker’s novel, while one other player takes the role of Count Vlad Dracula. The goal of the Dracula is to increase the Influence meter up to 13, which he does mostly by hospitalizing the hunters and having his plots mature. Counter to his action, the vampire hunters hope to kill Dracula before he can manage all that. 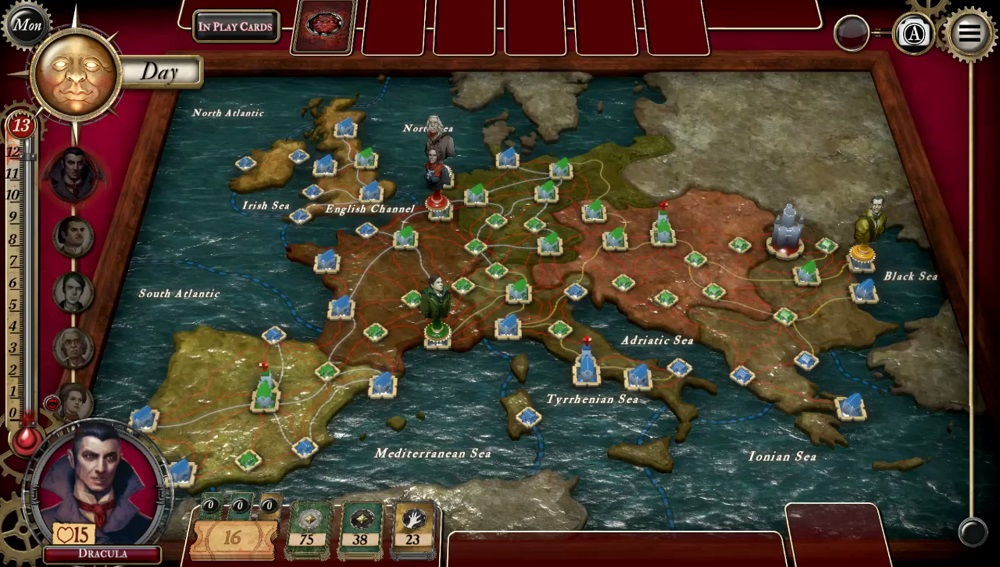 Dracula moves secretly from city to city, leaving encounter cards along the way. As he does, card showing that city gets placed facedown on The Trail. As the hunters search the cities, if they find a city on The Trail, that card is revealed, presumably throwing them into danger but also showing them they are on the right track. However, as Dracula visits more cites, these city cards eventually get pushed off the end, allowing those encounter cards to cause some greater effect which is much worse for the hunters and usually increases the Influence track as well. If Dracula can get the Influence track to 13, he wins! 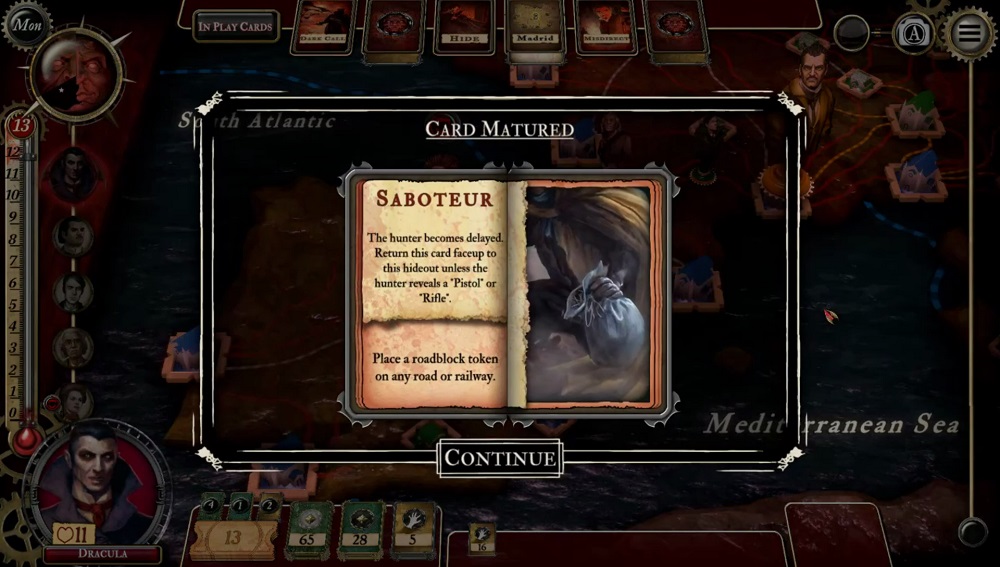 As the hunters track down Dracula and potentially take a few swings at him, he’ll start to lose health. He’ll also take damage if he crosses over water, which can be a good hint for the hunters and a last ditch escape for the Count. If the hunters can deal 15 damage to Dracula, they win! 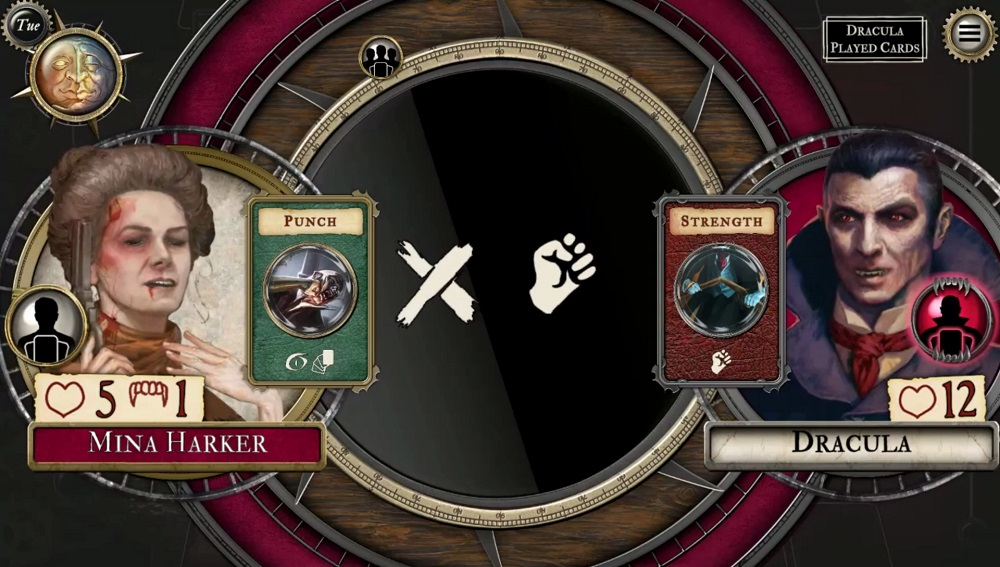 Spoiler: Mina did not win this fight.

The digital release does a great job of allowing more opportunities to play. Not only does this release allow playing online, with friends or public lobby, but you can also play with an AI to control Dracula or the hunters. This alone is enough for me to jump on board. 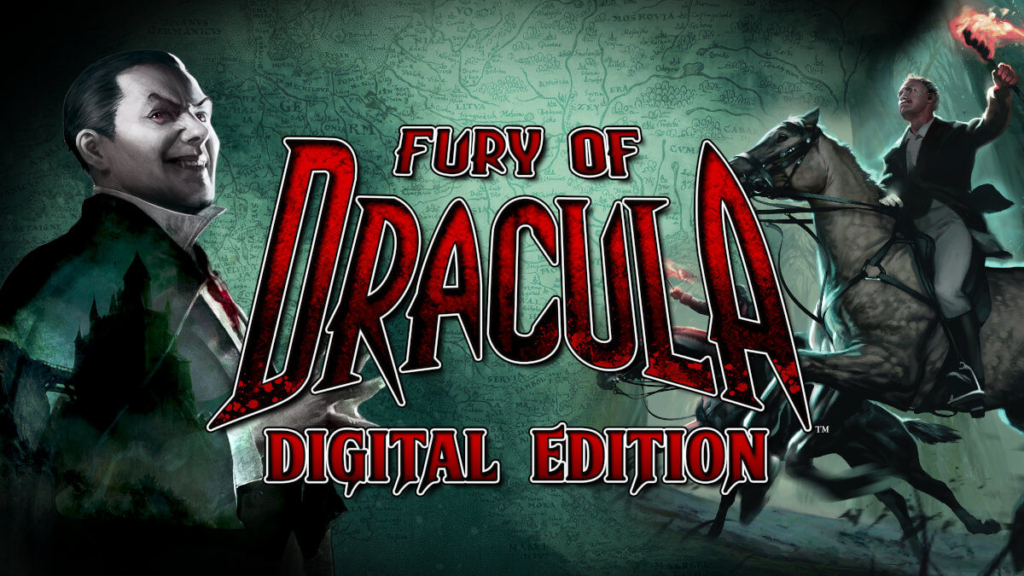 The nights grow colder and the days grow darker, as Dracula builds his bloodthirsty army of mindless thralls. Only the hunters Dr. Abraham Van Helsing, Dr. John Seward, Mina Harker and Lord Arthur Godalming stand against the advancing evil. But as the sun sets on Europe, can they survive long enough to stop the encroaching darkness? 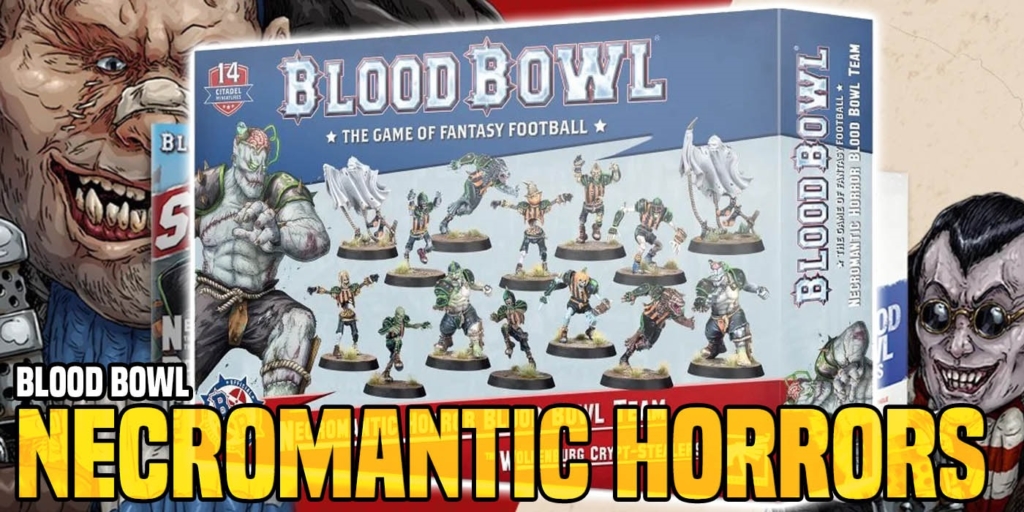