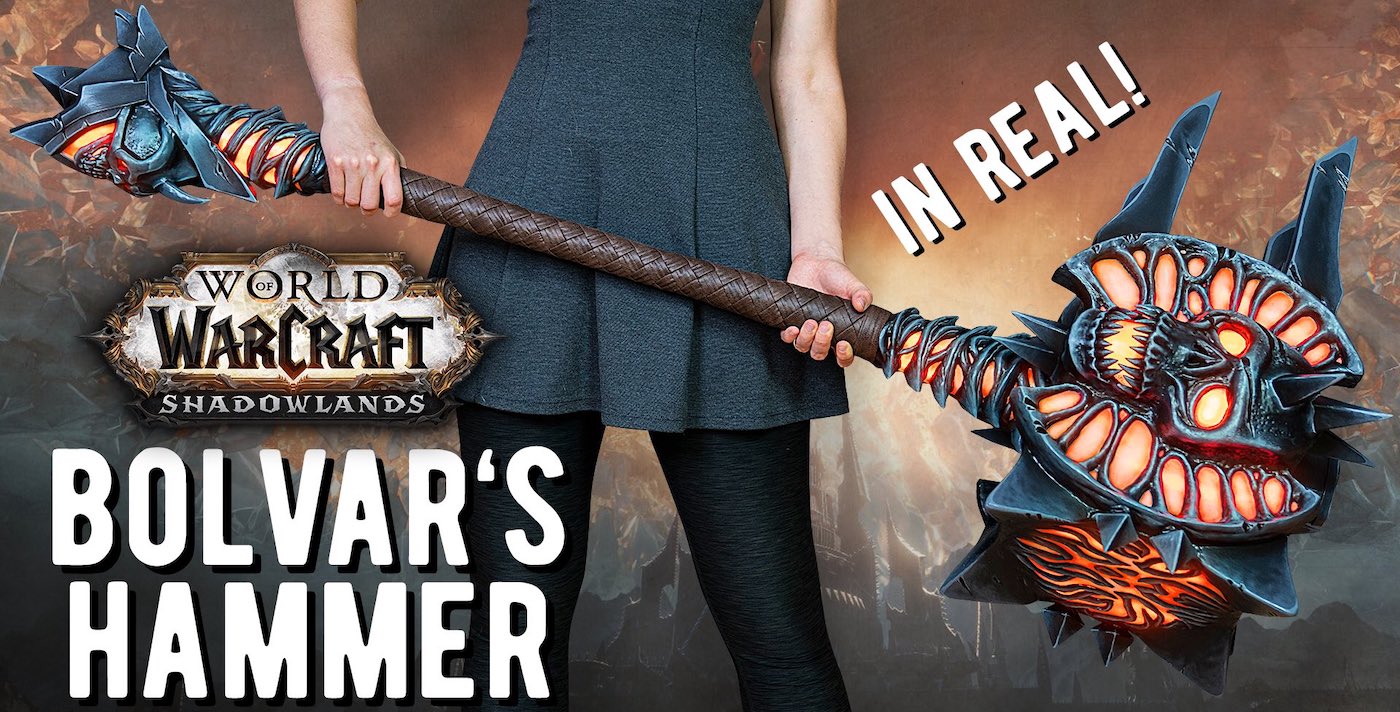 With a single act of destruction, Sylvanas Windrunner has ripped open the way to the afterlife. Azeroth’s staunchest defenders have been dragged into all-consuming darkness. An ancient force of death threatens to break its bonds and unravel reality.

Hidden realms of wonder and horror await any who would pass to the other side. The Shadowlands is home to an entire realm of the departed; it is a world between worlds whose delicate balance preserves life and death itself. As one of Azeroth’s greatest champions, you have been granted the power to cross over in body and soul. Now you must investigate a conspiracy to unmake the cosmos, and help Warcraft legends journey back… or fulfill their ultimate destiny.

Inspired by the mace Bolvar Fordragon wields in the trailer, Kamui Cosplay (aka Svetlana Quindt and her husband Benni) went to work on bringing it to life. This thing is awesome – its glowing lights go from normal to lich mode with a shake, complete with sound effects from the cinematic.

Here is my finished Bolvar Hammer. 451 LEDs, smoke machine, plays sounds and can change into blue Lich King mode when shaken. Was a lot of fun to make. Can I have Shadowlands now, please? 🙏😆 @Warcraft @Blizzard_Ent @LifeatBlizzard pic.twitter.com/Vgaqzef4TH 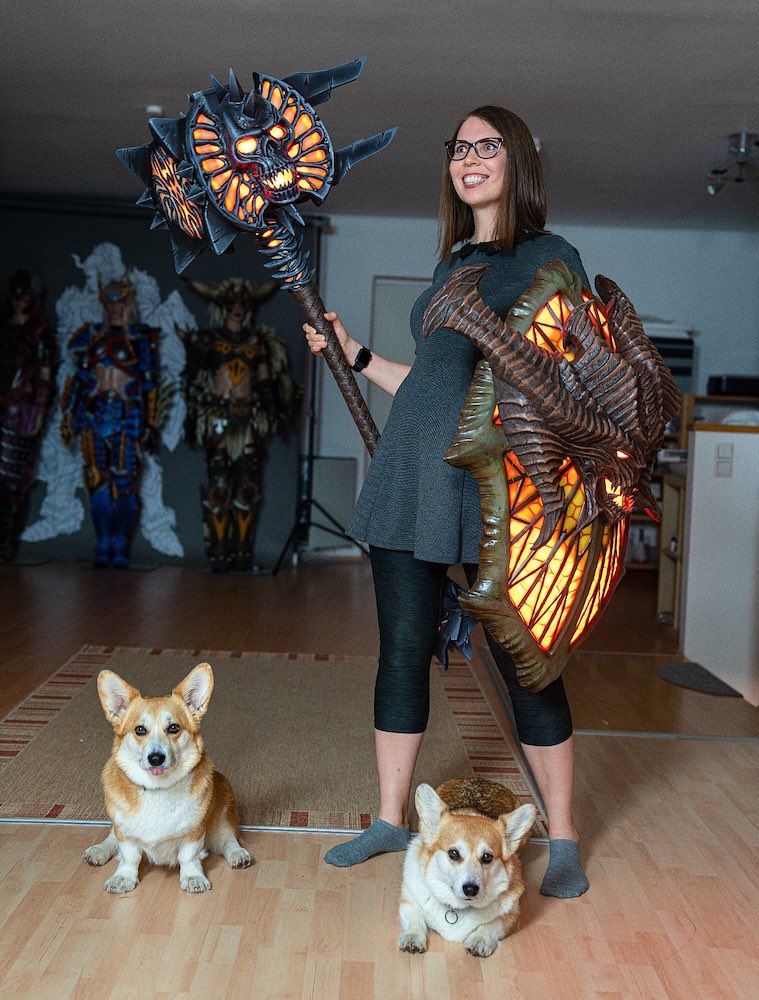 If you want to take a hand at making your own, the pair has posted a detailed step by step tutorial. The cosplay materials and tools needed aren’t hard to find; the trick is having the time and the talent to sculpt foam into a fantastical mace.

You can check out more of Kamui Cosplay on their website and YouTube channel. They’ve built cosplays based on Diablo, Anthem, Monster Hunter World, Star Wars, FF, and bunch of other games and franchises. If you’re looking to bulk up on your foam skills, you’ll want to check out their multiple tutorials. 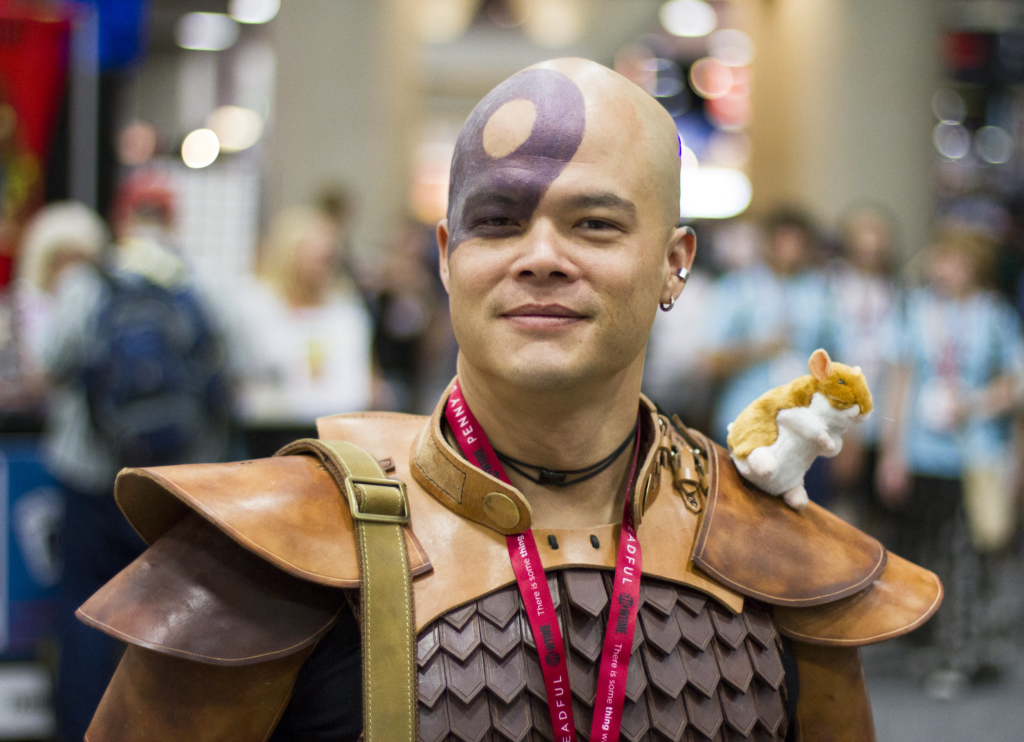