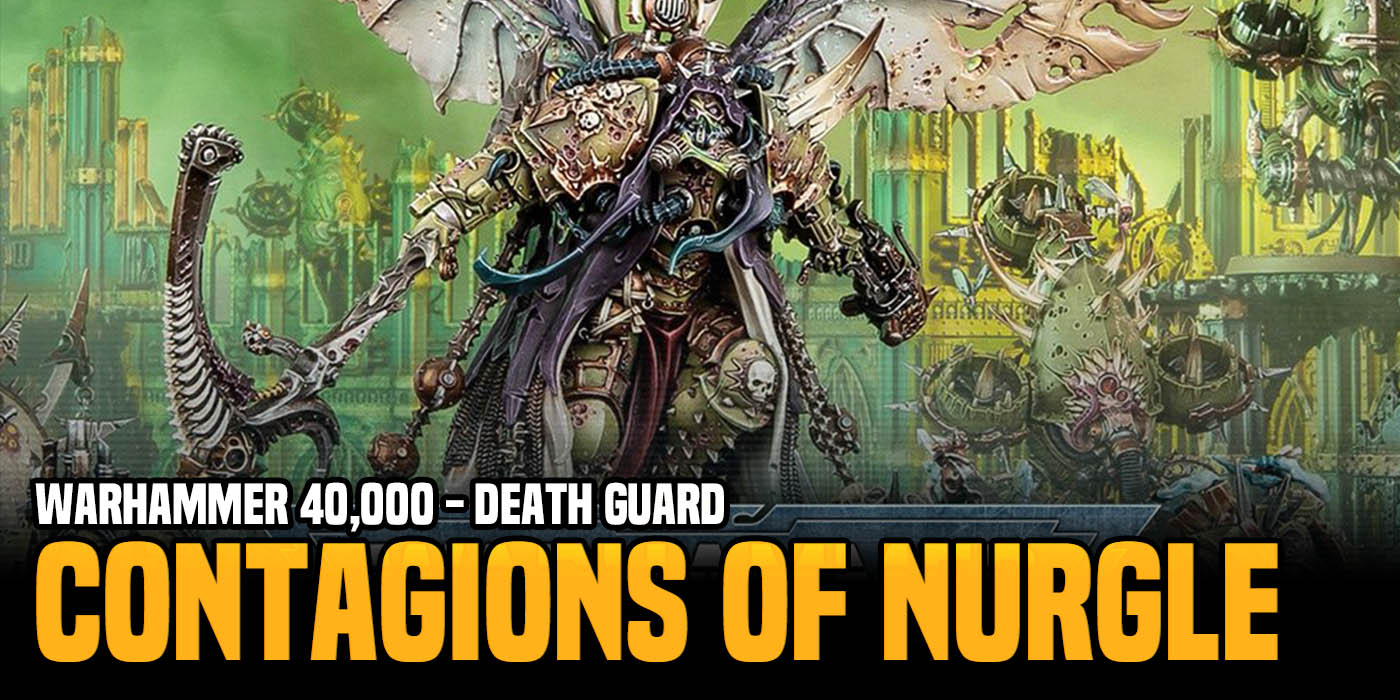 This week has been full of Death Guard previews. Here’s some quick links to get you caught up:

Overall, these previews are really showing off how the Death Guard are shaping up for 9th. The niche is going to be the tough, relentless army that is going to move up on the objectives and fight until the end the whole way. They are looking deadly in close combat and have had some boosts to their shooting, too. Their vehicles are looking even tougher than before and have had their accuracy bumped up, too. 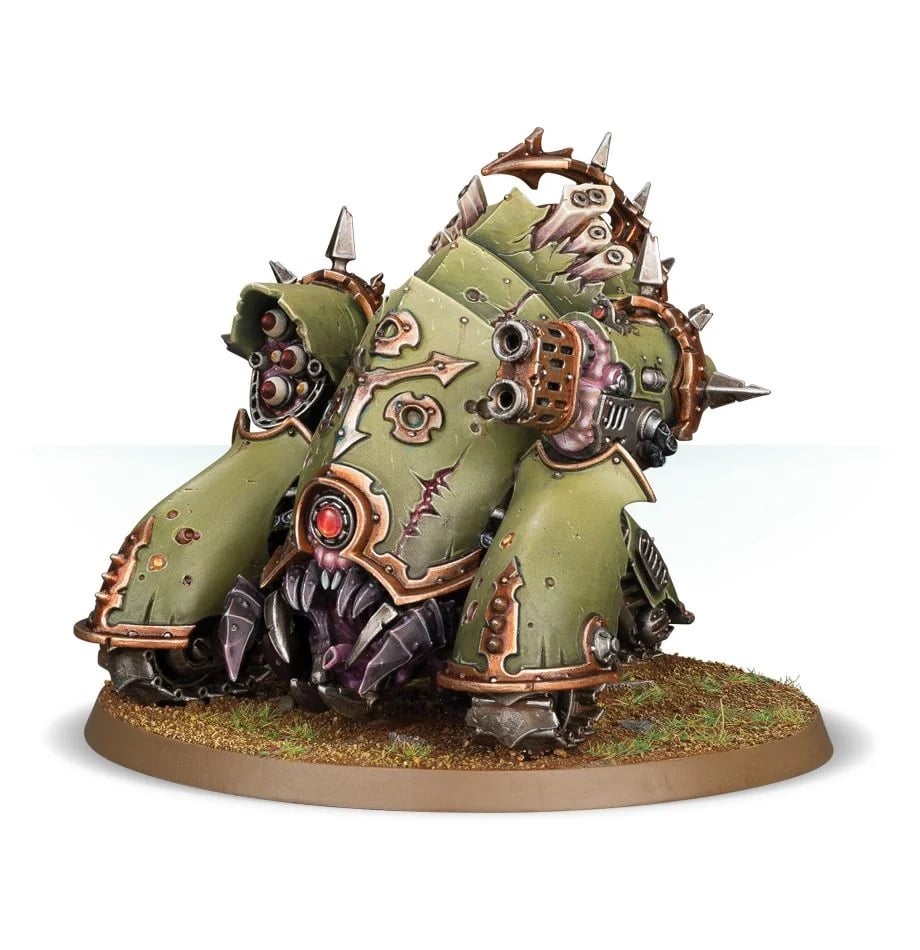 Anyhow, let’s look at their new preview for today! This one focuses on their new rule “Contagions of Nurgle” and some of those effects. 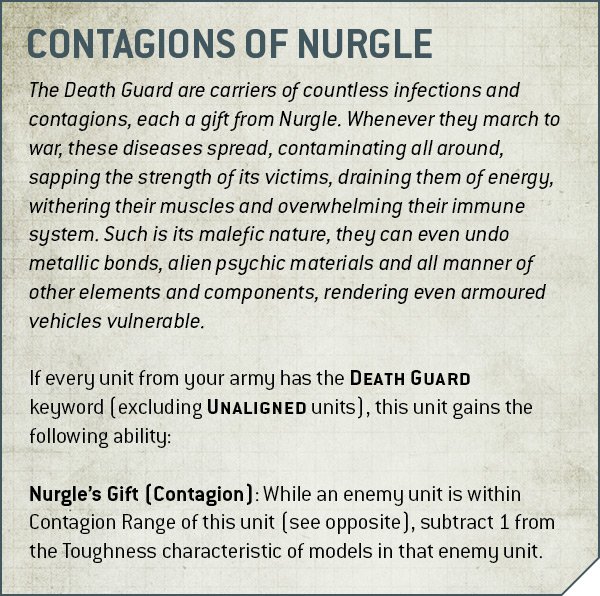 Right off the bat we can see this is going to be BAD news for any enemies that get too close. This ability has a 1″ radius and it’s going to lower the toughness of enemies by 1. That could be really bad news for all those T3 enemies out there as it turns strength 4 attacks into more reliable wounds. But even T4 units (like Marines) will be forced to take even more saves from those basic Strength 4 attacks.

And that’s just the start… 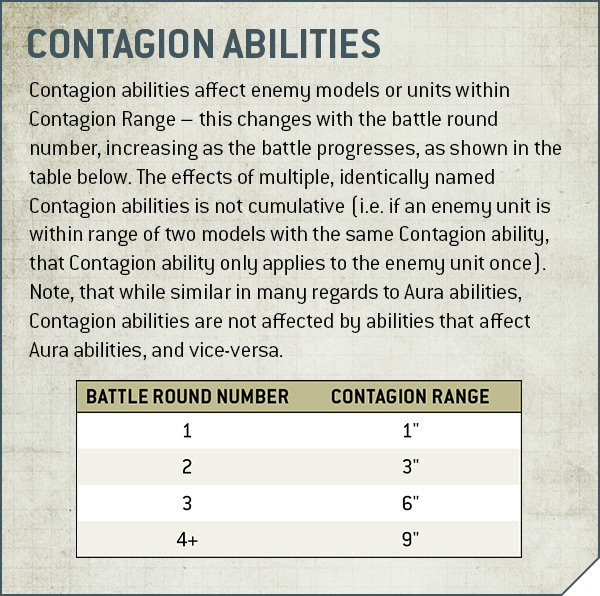 YEP! It gets BIGGER the longer the battle goes on. You thought you’d be safe from it until close combat hit you…nope. The battle is going to get more and more deadly for the enemies of the Death Guard as time goes on. They want to grind you down and have the tools to do just that. And speaking of new tools… 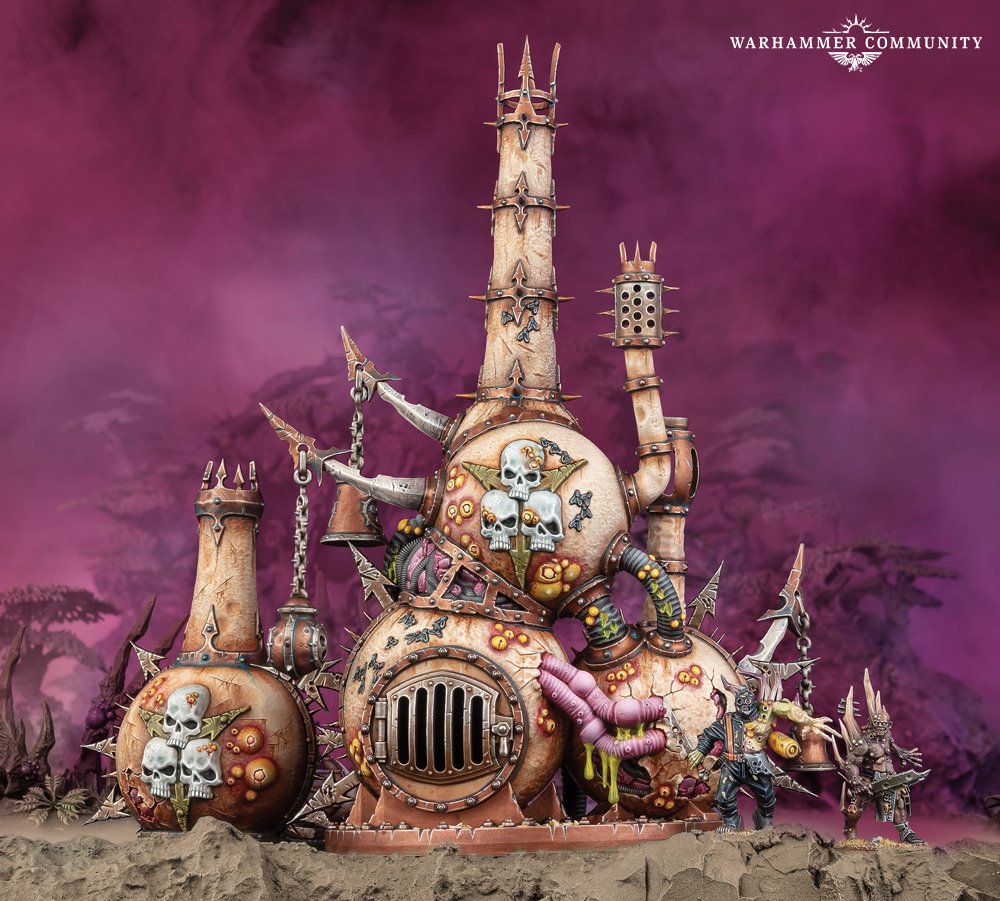 “Another useful means to spread Nurgle’s Gift is to field a Miasmic Malignifier. Not only can it be set up a mere 12″ from your opponent’s deployment zone, but it always counts as the fourth battle round for the purpose of determining the range of its Contagions of Nurgle ability. It’s a subtle but effective means of area denial – while it may not directly harm any units that advance into range, these enemies will be considerably more vulnerable to attacks made by your other units.”

YEP. Set this bad boy up within 12″ and anyone who gets within 9″ will be suffering from the effects. Not many units will want to wade into the filth that the Miasmic Malignifier will be spewing out. Use it to soften up targets or deny some area to your opponents. I’m thinking placing it next to an objective just might do the trick… 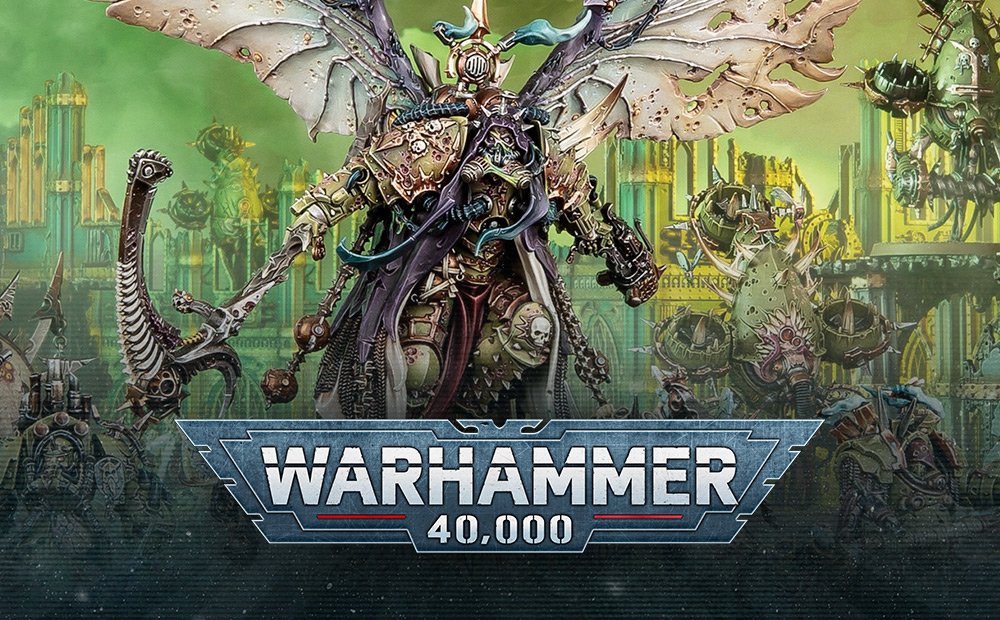 That’s the last of the previews from GW for the Death Guard. Mortarion’s Boys are looking downright mean for 9th edition. It might be time to start collecting a new chaos force for myself. If only I could play test one before I started… 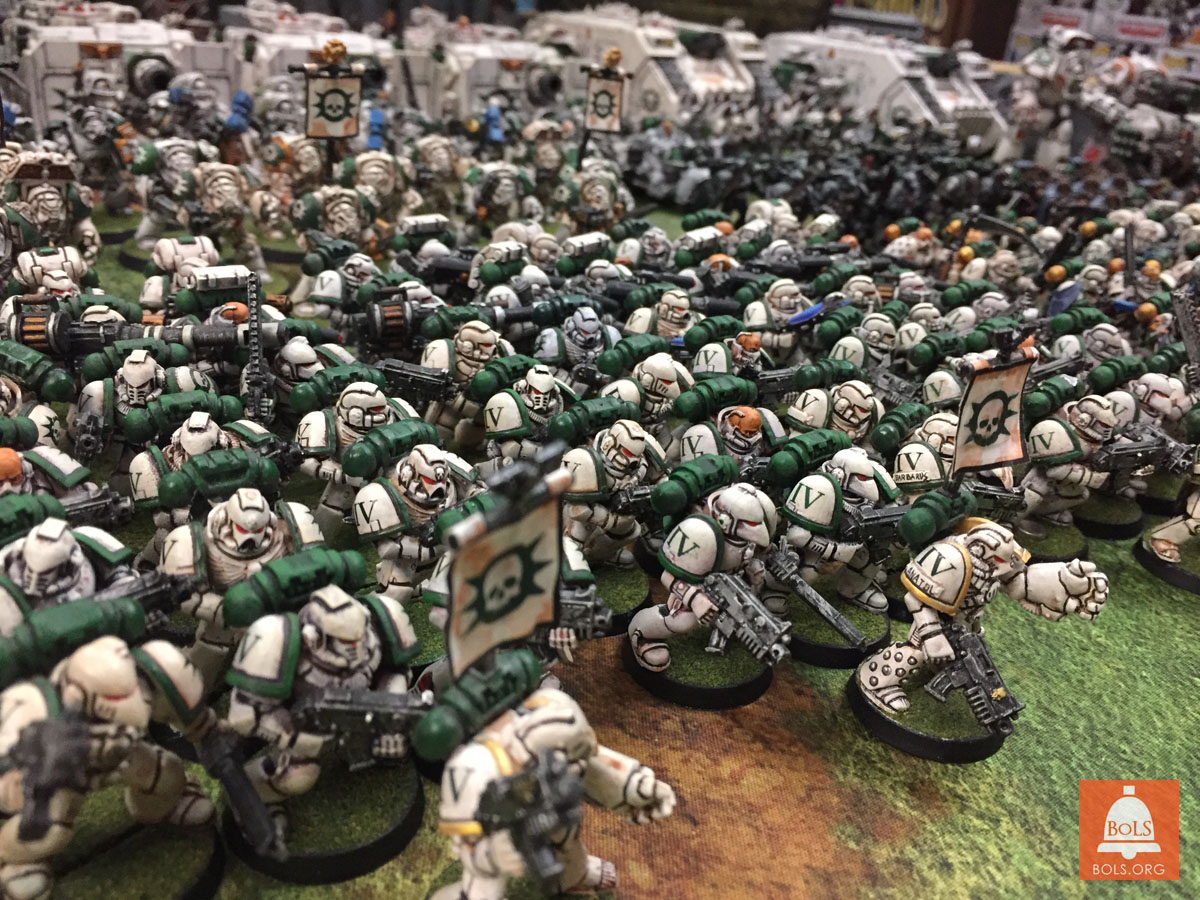 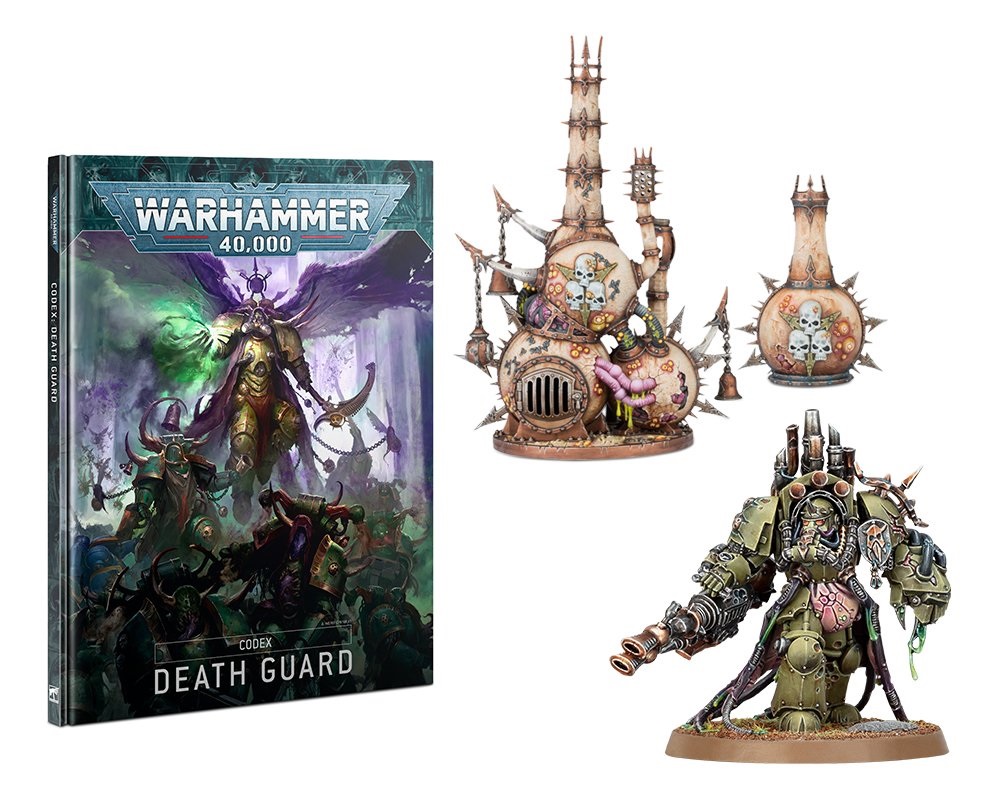 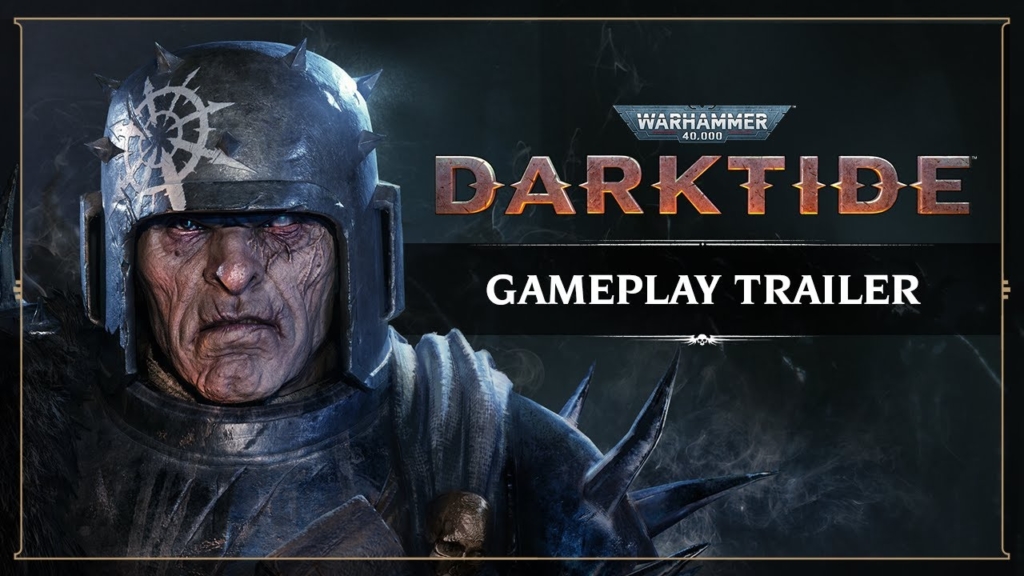