Age of Sigmar: Three Things I Hope Sigvald Gets 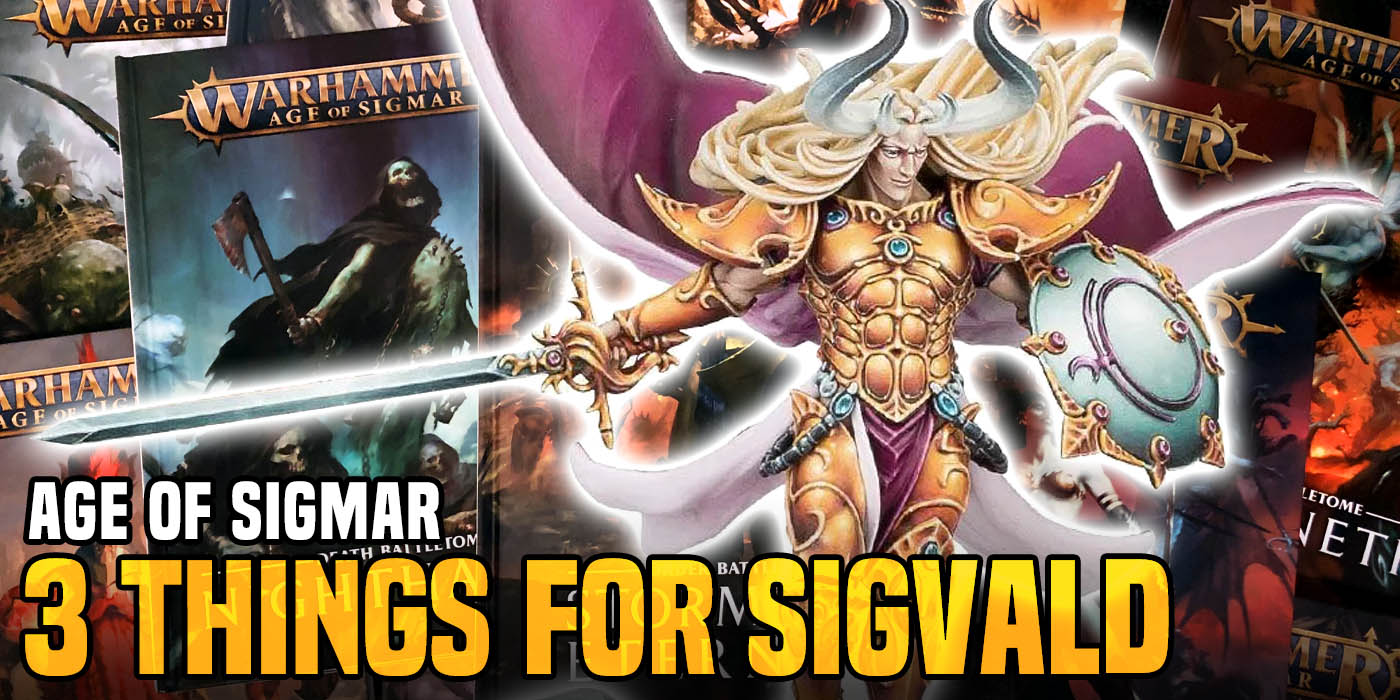 Slaanesh’s boyfriend’s back and there’s gonna be trouble…

Slaanesh has been released from his mid-dimensional prison, and he’s bringing the prettiest boy in the Realms with him to mess up all who oppose Chaos. Sigvald’s return at the head of a slew of Slaanesh mortals is a magnificent addition to Age of Sigmar, and it’s exciting both for followers of the Prince of Pleasure and generals who want to face him in battle. While we don’t know a lot about Sigvald’s stat line yet, we can theorize a few things and certainly wish for others, based on recent GW hero releases. So, here’s 3 things I think it would be cool if Sigvald brought to the battlefield. 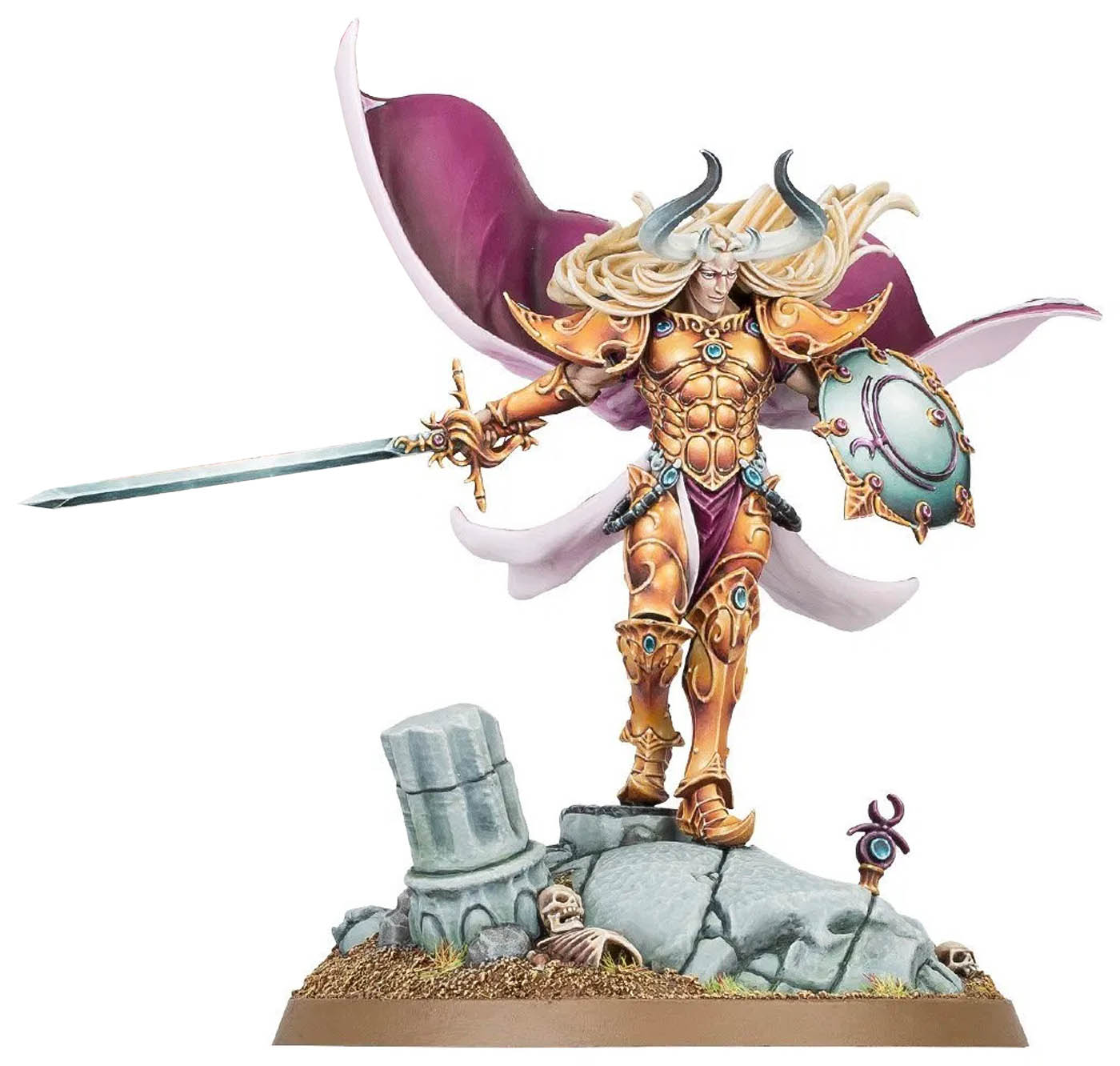 Looking at Sigvald’s model preview, it’s clear that he’s going to be a big boy, and that suggests to me that he’ll be Ogor-sized at least, but probably a good bit bigger. Much like Katakros, I want Sigvald to have a monster’s deteriorating stat line, but I think it would be cool if his attacks got more powerful as he took more damage. Thematically, it would make sense that a being so obsessed with their own physical perfection would get more angry and reckless as their enemies DARED to lay hands on them. I’m hoping that his sword will maybe get a lower hit chance, but a higher wound, Rend, or Damage (or some combination of the three). And speaking of his sword… 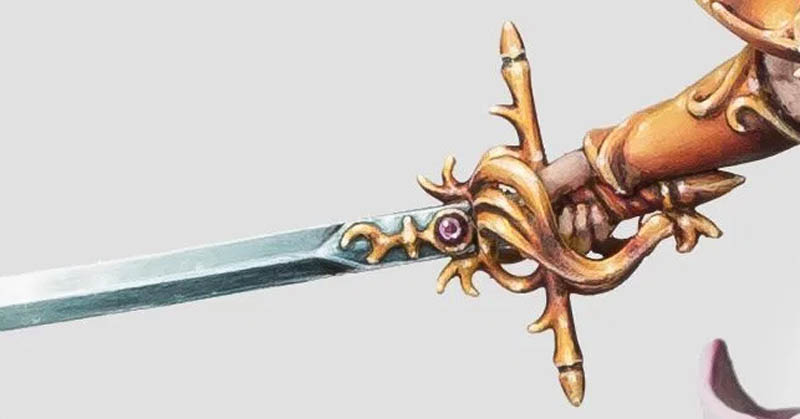 While this isn’t necessarily common for Chaos champions, I do think it would be awesome if Sliverslash had the ability to remove powerful heroes from the game with certain rolls. I know that Sliverslash currently exists in the Pretenders artifact table, but I think it would be much more powerful in the hands of its true wielder. If not an instant kill option, since that would be bad for generating depravity points, maybe a ton of extra mortal wounds. That way, he has all the power of his deadly magical blade without diminishing his worship of both himself and Slaanesh. 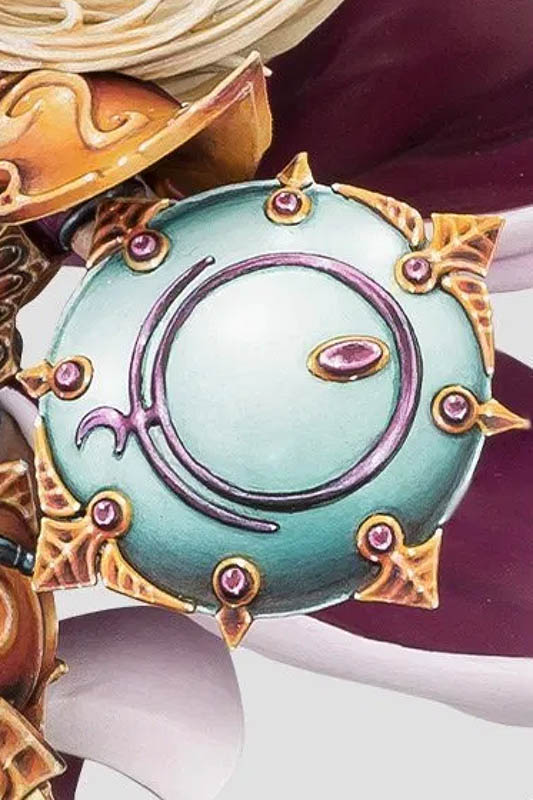 Sigvald carries a mirrored shield, all the better to gaze at his own gorgeous personage, and I think his ability to pass the crucible of the End Times will empower it a bit. Given the prevalence of spells and powerful mages in the Realms, it could be a fun ability if Sigvald was able to either bounce a spell harmlessly off his shield or reflect it back at his enemy when he unbinds successfully. It would make him a huge threat for armies that rely on their magics like Seraphon or Lumineth, and would let him go toe to toe with spell sniper armies that can remove other martial heroes with little effort. 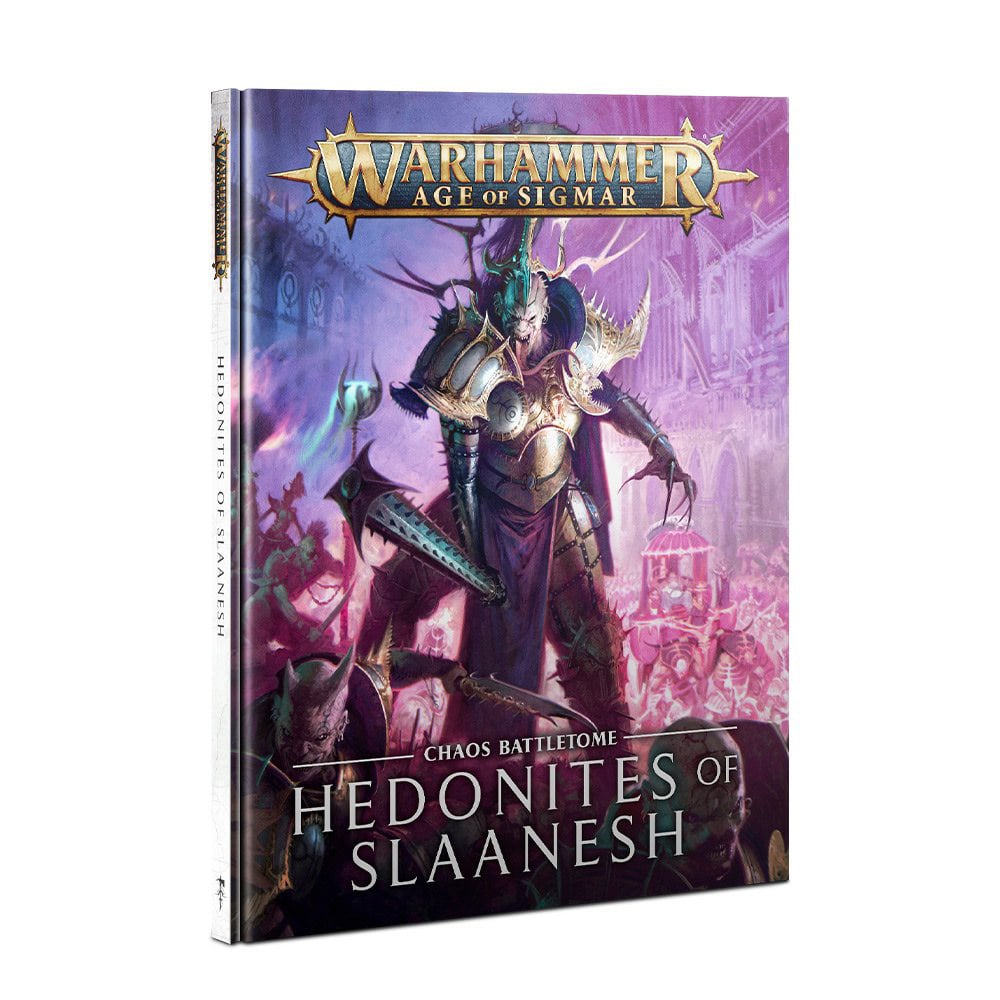 What abilities do you hope Sigvald has?