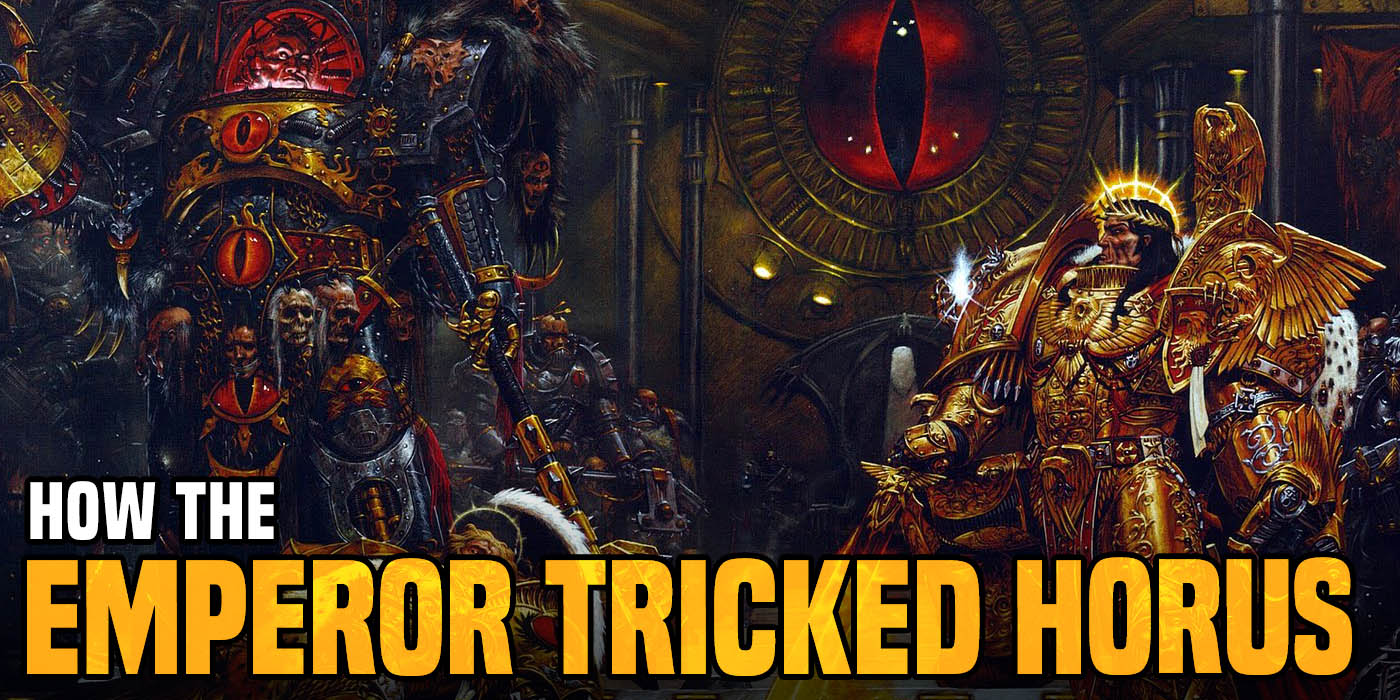 Let’s take a look at Horus’ greatest victory. It was all a trap.

The Battle of Molech was long known as one of the crucial engagements of the Horus Heresy. First mentioned way back in 1995 in White Dwarf #190, the battle has since been expanded on, most notably in the novel Vengeful Spirit. Here Molech is revealed as something like a turning point in the heresy. It was the point that Horus reached his true apotheosis and reached for godhood. We are presented then with the story of Molech as Horus’ greatest achievement, where he gained the power to rival his father. The Battle of Molech is not what it seems and the events there are not as clear as they first appear. Rather than a great victory, Molech was, in fact, a trap that Horus fell for, leading to his ultimate downfall. 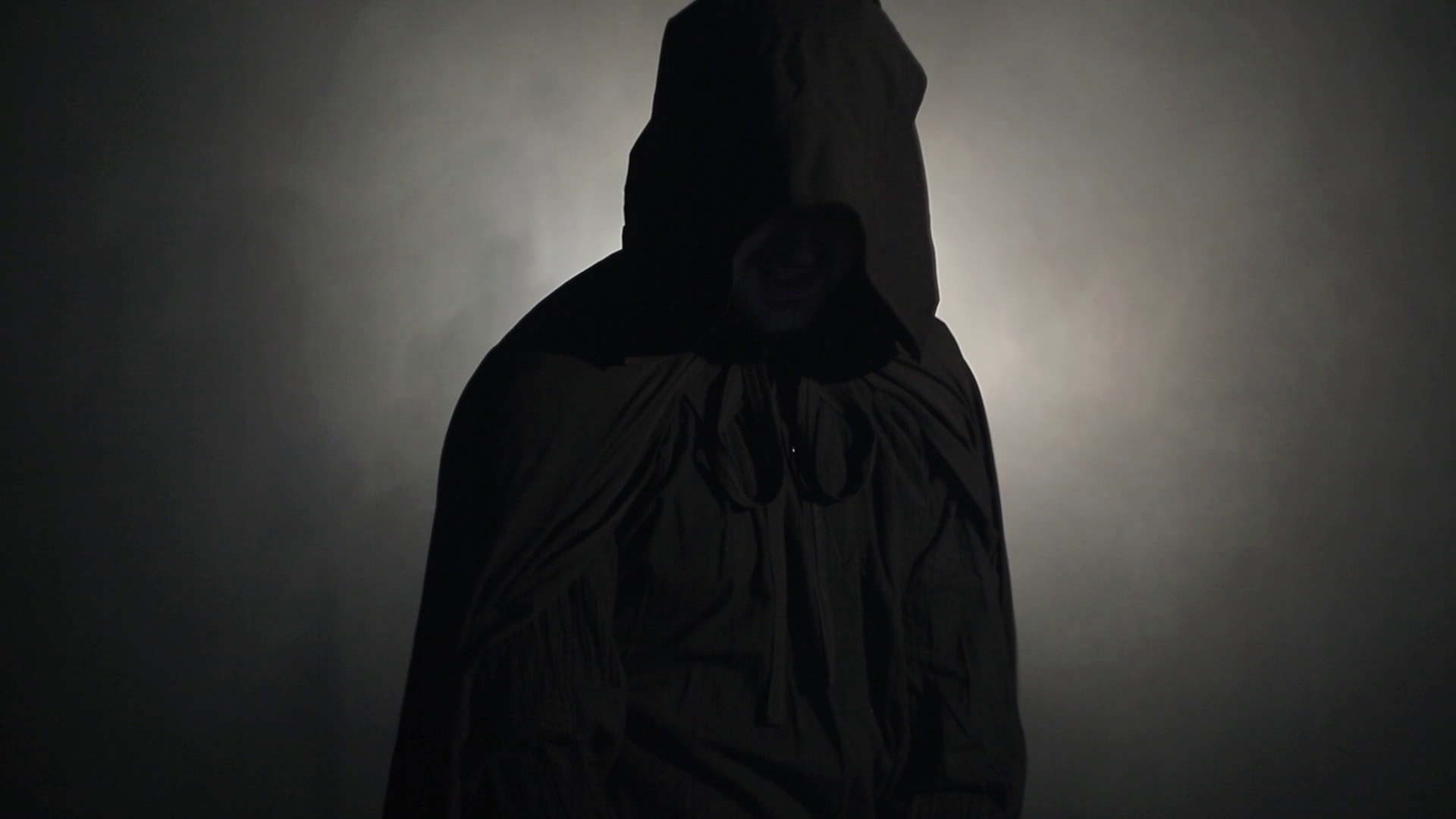 To understand the trap, let us first look at what we have been told of Molech. Molech was a human settled world not too far from Terra and of a similar size. The planet was settled early in human Space faring history, and its civilization survived even Old Night fairly intact. Sometime before the Unification Wars the Emperor traveled to Molech in the company of several perpetuals. The exact time of His trip is unclear, based on evidence it seems this was around M20 or earlier, some 10,000 before the Heresy .

We also know that the Emperor arrived on Molech in a starship, however, He (and apparently some of His companions) returned to Terra without the ship. The Emperor came to Molech for a specific purpose. On Molech he found a portal to the Warp and was able to enter it, and there He found power, power that made Him into a god. According to Horus at least, on Molech (or through the Warp portal there) the Emperor made a bargain with the Chaos gods, gaining godlike powers and the knowledge to create the Primarchs. 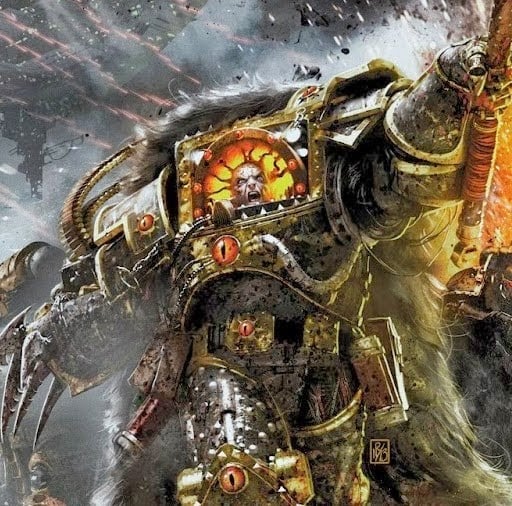 Long years later, after the rise and fall of human civilizations across the galaxy, the Emperor returned to Molech. He came at the height of the Great Crusade in all His power and glory, bringing with him no less than four of his Primarch sons: The Lion, Jaghatai Khan, Fulgrim of the Emperor’s Children, and Horus Lupercal. With them came portions of their Legions descending on the world with unmatched might. There was no resistance, nor was any expected; the people of Molech had long awaited a return to the Terran fold, and the compliance was peaceful. After arriving in the world, the Emperor and his sons spent one hundred and eleven days in the world going about the Emperor’s business and fortifying the world. When they left, the Emperor used His considerable power to block the memory of Molech and their visit from the minds of not just His four sons, but anyone who accompanied them there. 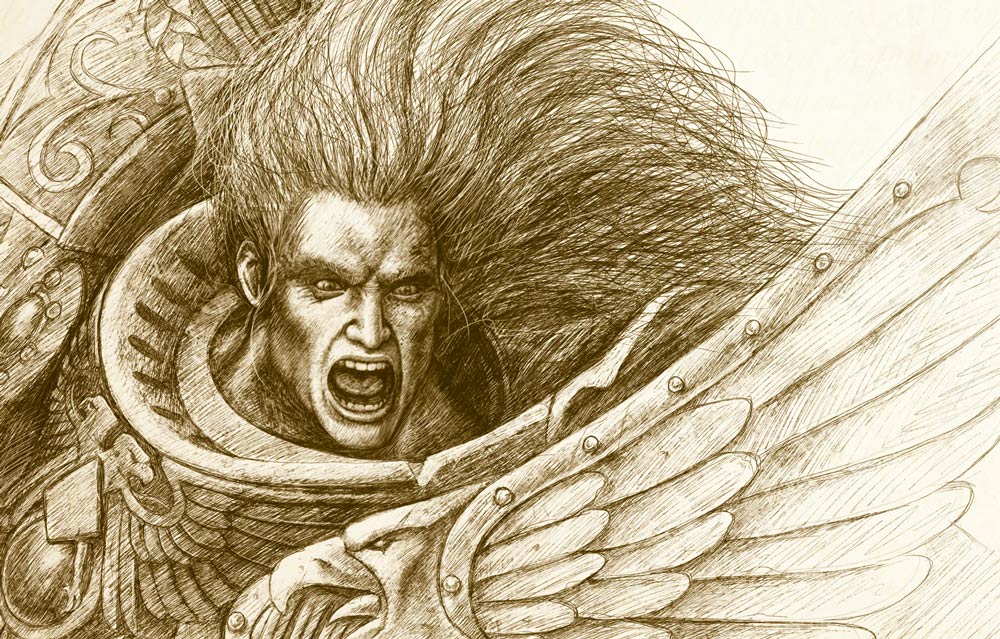 Later during the Heresy, Horus learned of this and led a massive assault on the highly defended and hidden world, regaining his memories. After defeating the Loyalist forces he made his way to the Warp portal The perpetual Alivia Sureka (left behind by the Emperor to close the portal if it was ever threatened), tried to stop him. She failed, and Horus entered it. When he emerged Horus claimed to be a vessel for the power of the Chaos Gods, having gained power equal to what his father had. Despite all the Emperor’s precautions, His greatest secret was revealed, and despite the defenses, He had put in place, Horus was able to gain the ultimate power and reach his own form of godhood.

Horus was drawn to Molech, and the warp portal, because he thinks this is where the Emperor gain godhood.  This knowledge is based on two facts:

There are however serious issues with this assumption. Both Ollanius Pius and Alivia Sureka, Perpetuals and companions, at one time or another, of the Emperor are able to travel over interstellar distances without a ship. Indeed Sureka is able to leave Molech and appear on a ship on the outer edge of the system without the use of a ship herself. We should assume that Emperor is equally as capable. Likewise, we should take any information the Emperor told Horus, especially if it was told as the seeds to a trap, with a grain of salt. Looked at this way, we have very little evidence that Molech is where the Emperor gained His powers. 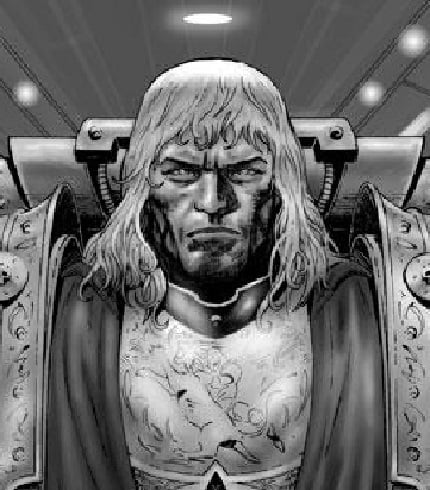 So we know what set Horus on his path, faulty information fed to him by the Emperor. Next, let us turn our study to the Emperor’s cover-up of Molech. Horus thinks Molech is a place of utmost importance to the Emperor, it’s the source of His real power and He goes to great lengths to hide what’s on Molech, altering his son’s memory and concealing evidence of his previous trips. And yet we have to ask the obvious question. Why did He bring his sons to Molech and tell them about the Portal in the first place? And Why do all this to then only wipe their memory of the event? These actions make no sense. The Primarchs were not needed on Molech, nor does the Emperor seem to have done anything with them there other than telling them about the portal. Given the secrecy and that He looks not to have wanted them to know about it, why even risk bringing them to the planet? 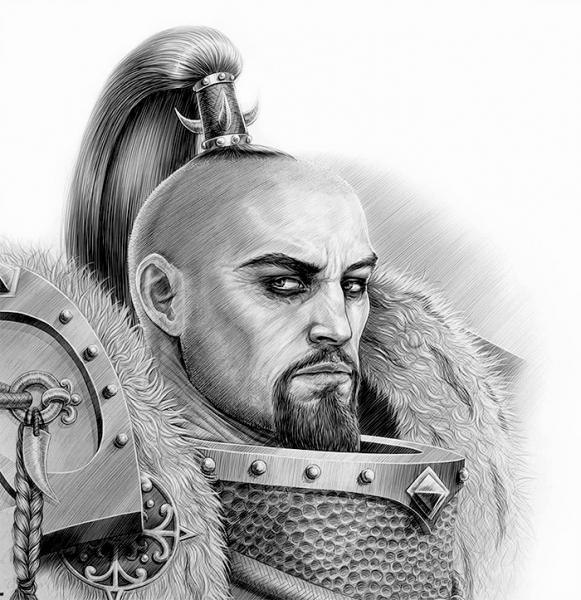 Unless He did want them to know. Indeed the only conceivable reason for bringing them to Molech was to hide a memory; to plant a seed. Also consider the Primarchs he brought, Horus, Fulgrim, The Lion, and the Khan. These might well be the ones he felt were most likely to rebel. If Molech was a trap, then the Emperor’s actions make more sense. He took the four Primarchs he considered most likely to rebel there, and then planted the seed that Molech was important, later hiding that knowledge behind a trail of breadcrumbs. He made it just hard enough to find to seem important, but not too hard to find. Likewise the He left a strong enough force to protect it from small raids, and make it seem important, but not to stop a Rebel Legion from attacking it. 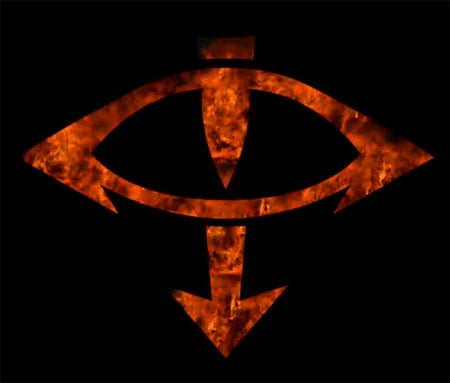 Added all together it seems almost obvious that the Emperor wanted Horus, or whichever Primarch rebelled against him to go to Molech and through the Warp Gate. All of His actions, from unaccountably bringing Primarchs to Molech, to failing to cover it up to not sealing the gate thousands of years ago, make perfect sense if they were part of a grand trap. He told these potential rebels His “dark secret”, and then poorly hid it from them. Even His failure to weed out a Chaos Cult, the Serpent Cult, on Molech would make sense if it were all meant as a trap. Everything leads to the moment Horus went through the gate and claimed the power of the Chaos Pantheon. Horus of course fell right into this trap.

What Was The Point?

If the Emperor wanted Horus to go through the Warp Gate, He must have had a very good reason; it’s undeniable that Horus gained massive power beyond the gate. He considered himself a god afterwards. So why would the Emperor want Horus to gain all this power? The reason is made clear during the course of the Siege of Terra. The power Horus has taken on himself is killing him. Horus is weak and distracted during the siege, unable to take to battle himself and his more knowledgeable allies know that a mortal form cannot. contain that much power. Horus gained power, but he also gained a time limit. 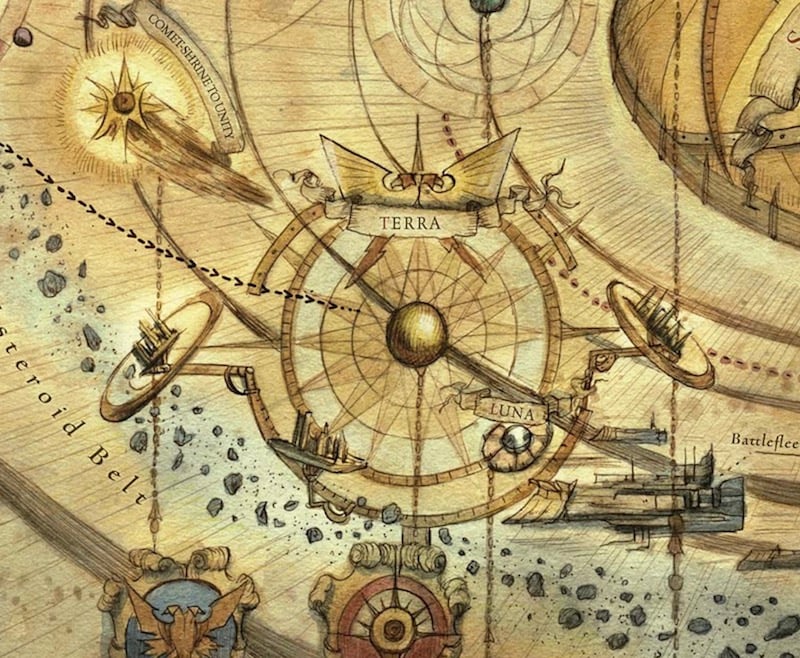 Here then we see the jaws of the Emperor’s trap spring shut. The Emperor lured Horus to Molech and through the Warp Gate with the promise of power. However, once Horus stepped through the gate, he was playing the game on the Emperor’s terms. Facing a countdown to his own death, he had to drive hard for Terra. This meant that the Emperor was controlling the game at this point and had removed Horus’ freedom of action. Horus could not, for instance, consolidate his gains, or turn on Ultramar and destroy the threat to his rear. Nor could Horus try to build a splinter Imperium and build up forces for a war of attrition. Once he passed through the warp gate, Horus had little choice but to risk everything on the quickest path to Terra and a confrontation with his father. By tricking Horus into the Warp Portal, the Emperor dictated all of Horus’ actions past that point, and they were entirely predictable 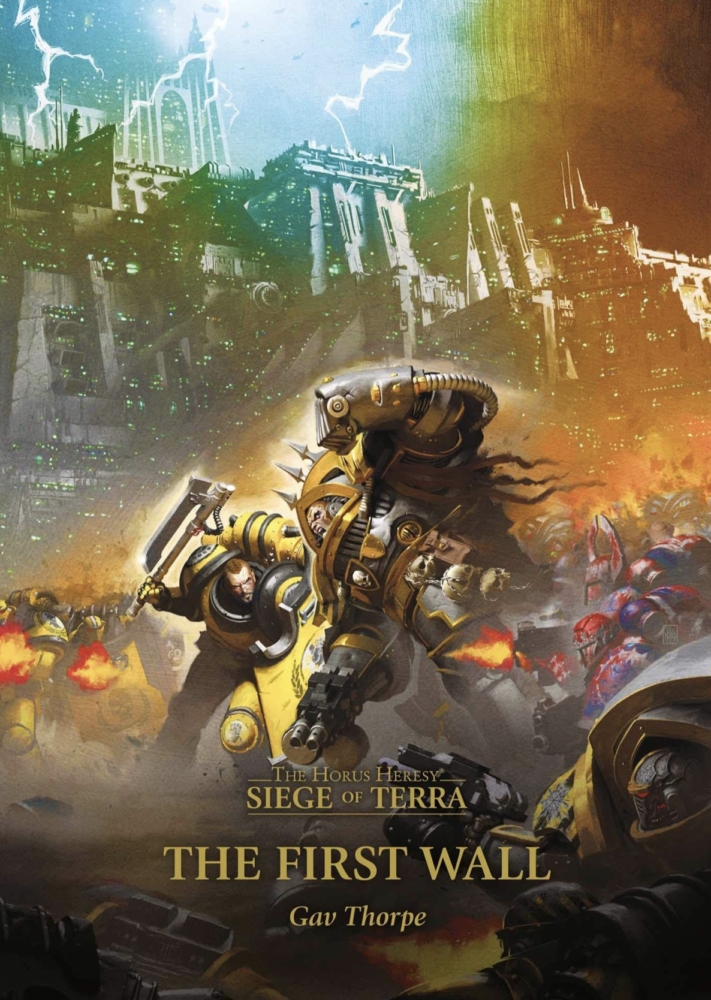 Indeed, it seems that from the moment Horus decided to go to Molech to the final confrontation with his Father, he was following the Emperor’s plans for him, doing exactly what the Emperor wanted. Molech was a carefully laid trap, set up over decades if not millennium, designed to draw in a traitor son and trap them into a predictable course of action that would ultimately lead them to the Emperor and death. It was without a doubt one of the Emperor’s greatest polys. Molech was indeed a turning point in the Heresy, one where the war turned in the Emperor’s favor.

Let us know what you think about the Emperor’s plan, down in the comments!