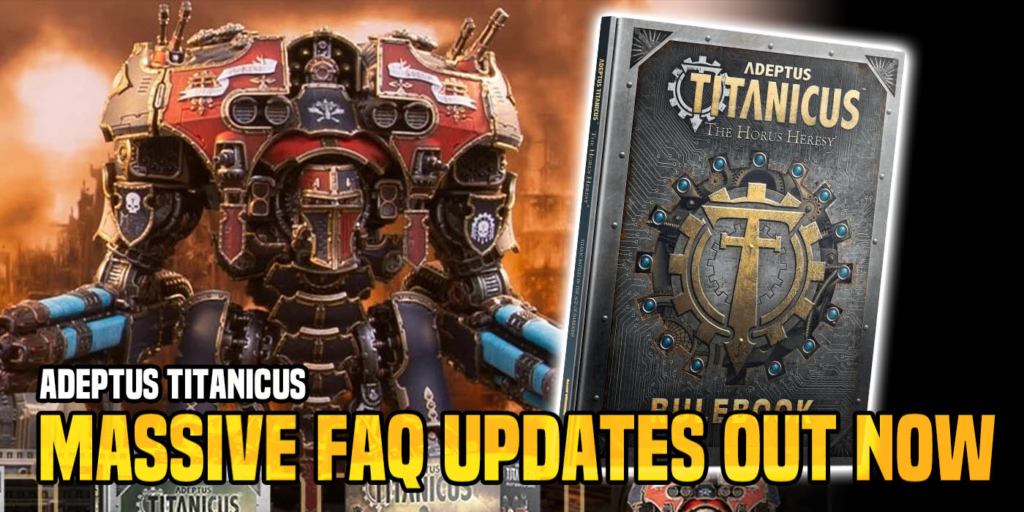 The Loyalist Legios book was a major update to Adeptus Titanicus – and the game got a HUGE FAQ to match.

If you’re playing Adeptus Titanicus then you’re probably enjoying the new Loyalist Legios book. It’s good. Real good. It’s got some amazing color plates for all the Titan Legions and Knight Houses on the loyalist side of the conflict all consolidated into one spot. And rules…so many rules. But it’s worth checking out just for the hobby inspiration! 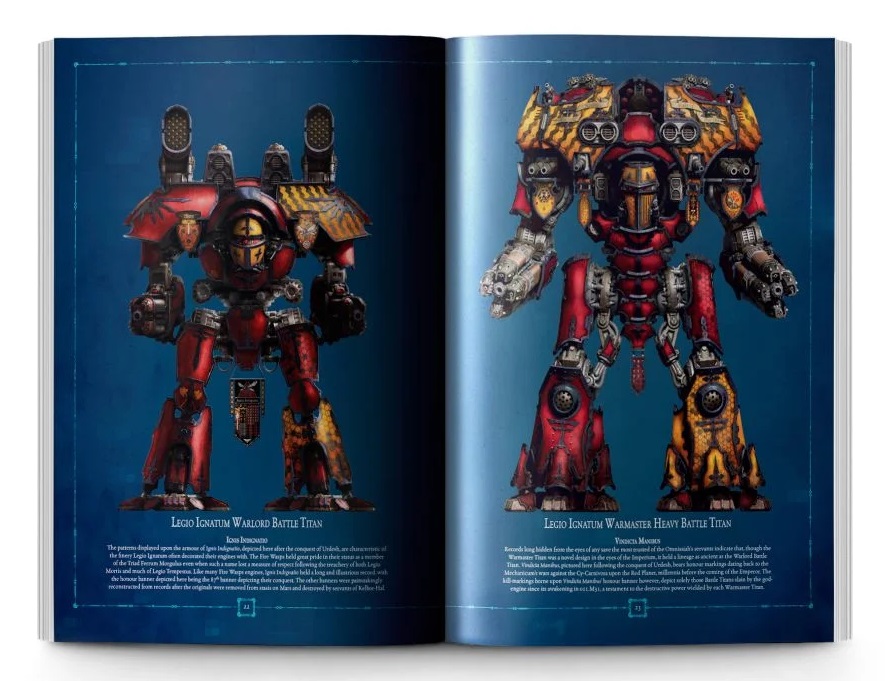 That said, GW also released an FAQ for Adeptus Titanicus this week and it sure lives up to the name.

The FAQ itself is 11 pages of clarifications, errata and FAQs. And you know how GW puts changes in magenta? Well, this FAQ is packed with changes. We’re not going to cover all of them (there ARE 11 pages of them after all), but here’s a few that jumped out. 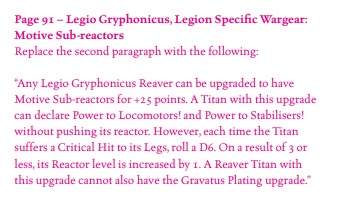 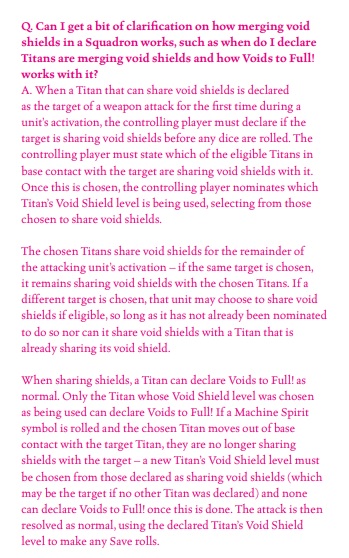 These are just 3 of MANY. One of the reasons this list is so massive is because it basically covers ALL the books. Instead of GW doing a single FAQ per release, they have combined the document into one single spot. So you’ve got errata from Loyalist Legios right after Crucible of Retribution which is after Defence of Ryza which is…well, you get the idea.

So this 11 document contains every update and errata for the entire game in one, consolidated spot. I’m not sure if that’s a good thing or bad thing but I do know that Ctrl+F is your friend. 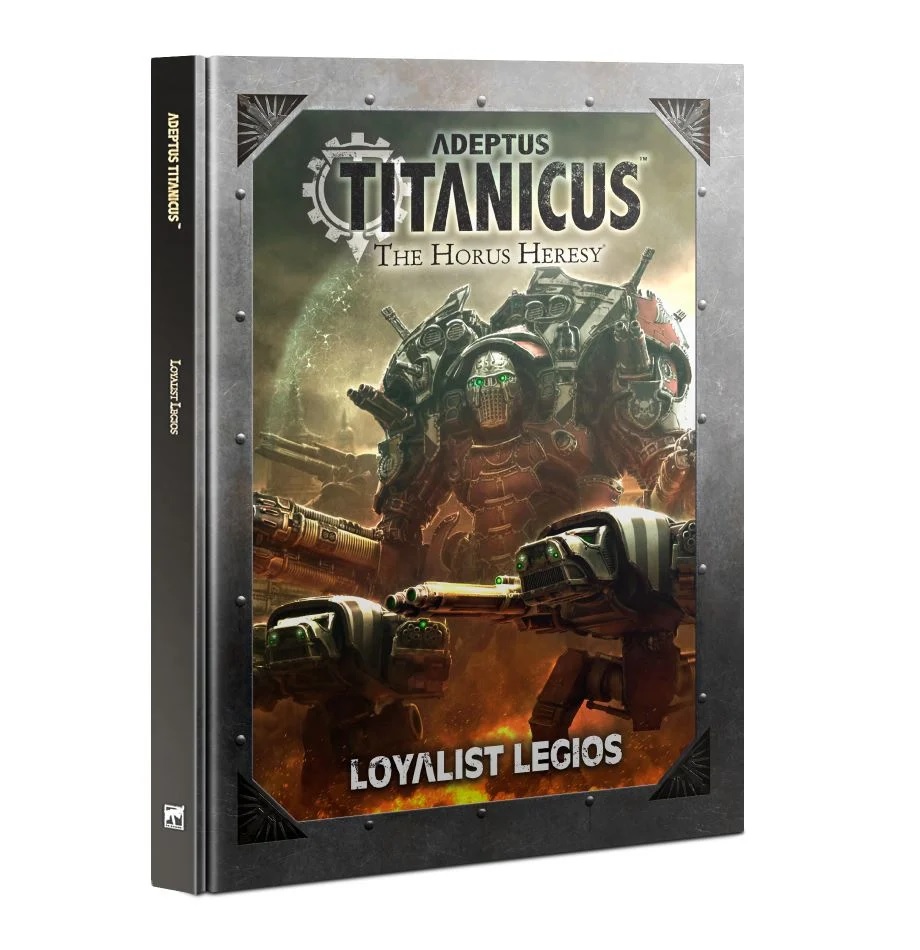 The galaxy is at war. On a countless worlds, the Emperor’s loyal armies fight to defend His realm from those who would tear it asunder. Among the greatest of the Imperium’s defenders are the loyalist Titan Legions. Each god-machine is worth a thousand warriors, armed with destructive weaponry and able to devastate entire armies – and utterly devoted to defeating the traitors who seek to burn the Imperium to the ground.

This book includes all the rules you need to forge a loyalist battlegroup for Adeptus Titanicus. It includes a wide array of maniples to use as the core of your force, alongside background and rules for many of the Imperium’s most famed Titan Legions and Knight Households. If you want to defend Mankind from the darkness and devastate your foes with colossal war engines, this is the book for you.

– Background for loyalist Titan Legions and Knight Houses
– Revised rules for assembling your battlegroups
– Rules for 16 Titan Legions loyal to the Emperor, including Legio traits, Stratagems and wargear
– Rules for 12 Imperial Knight houses
– 18 different maniples to use with your Titans
– Allegiance rules for Loyalist Titan Legion Battlegroups, Questor Imperialis and Questor Mechanicus
– Background and rules for Ordo Sinister Psi-Titans
– 50 Stratagems for use by Loyalist battlegroups
– 11 Loyalist upgrades
– A comprehensive list of weapons available to each Titan, including weapon traits not featured in the core rulebook

Get the new book now and check out the FAQ for all the latest game play goodness from Games Workshop! 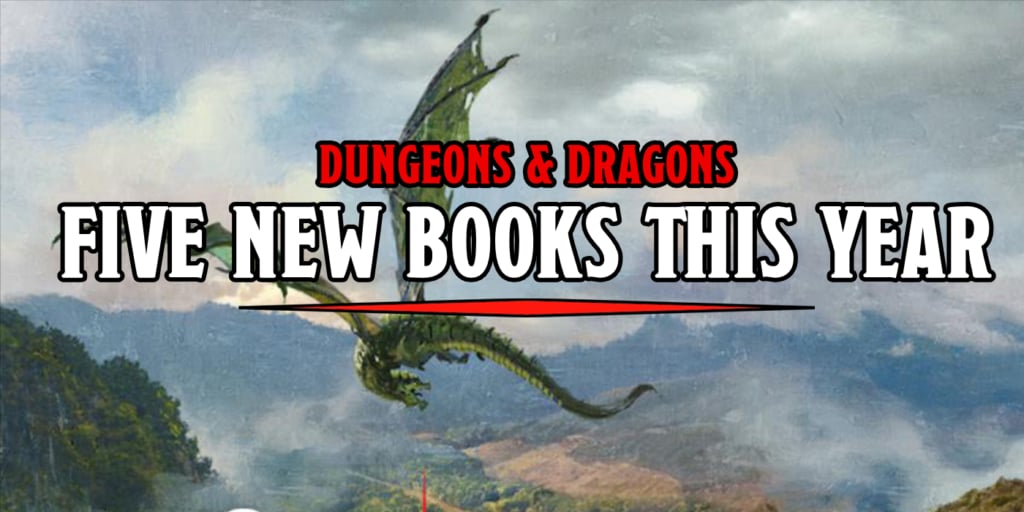